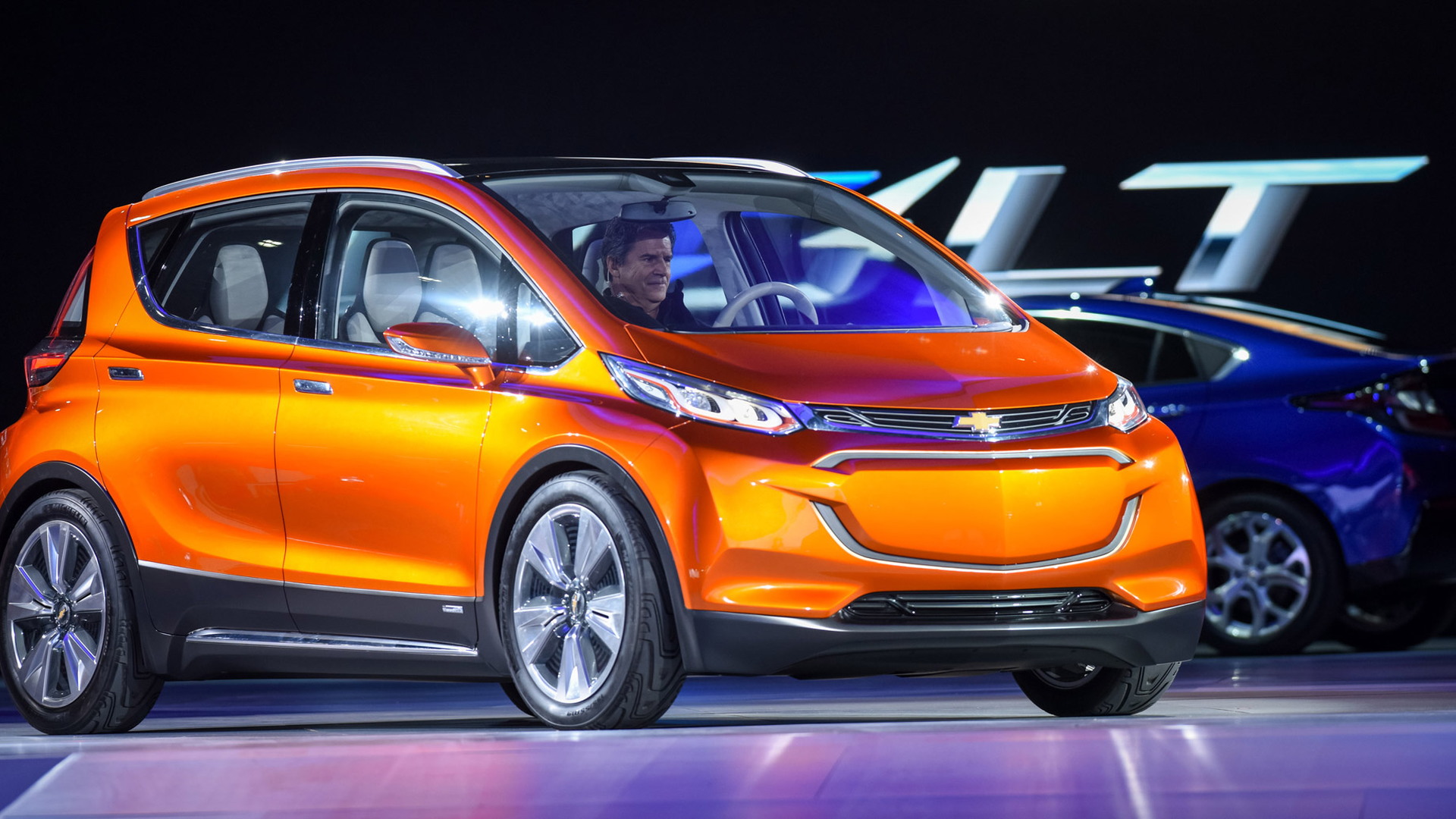 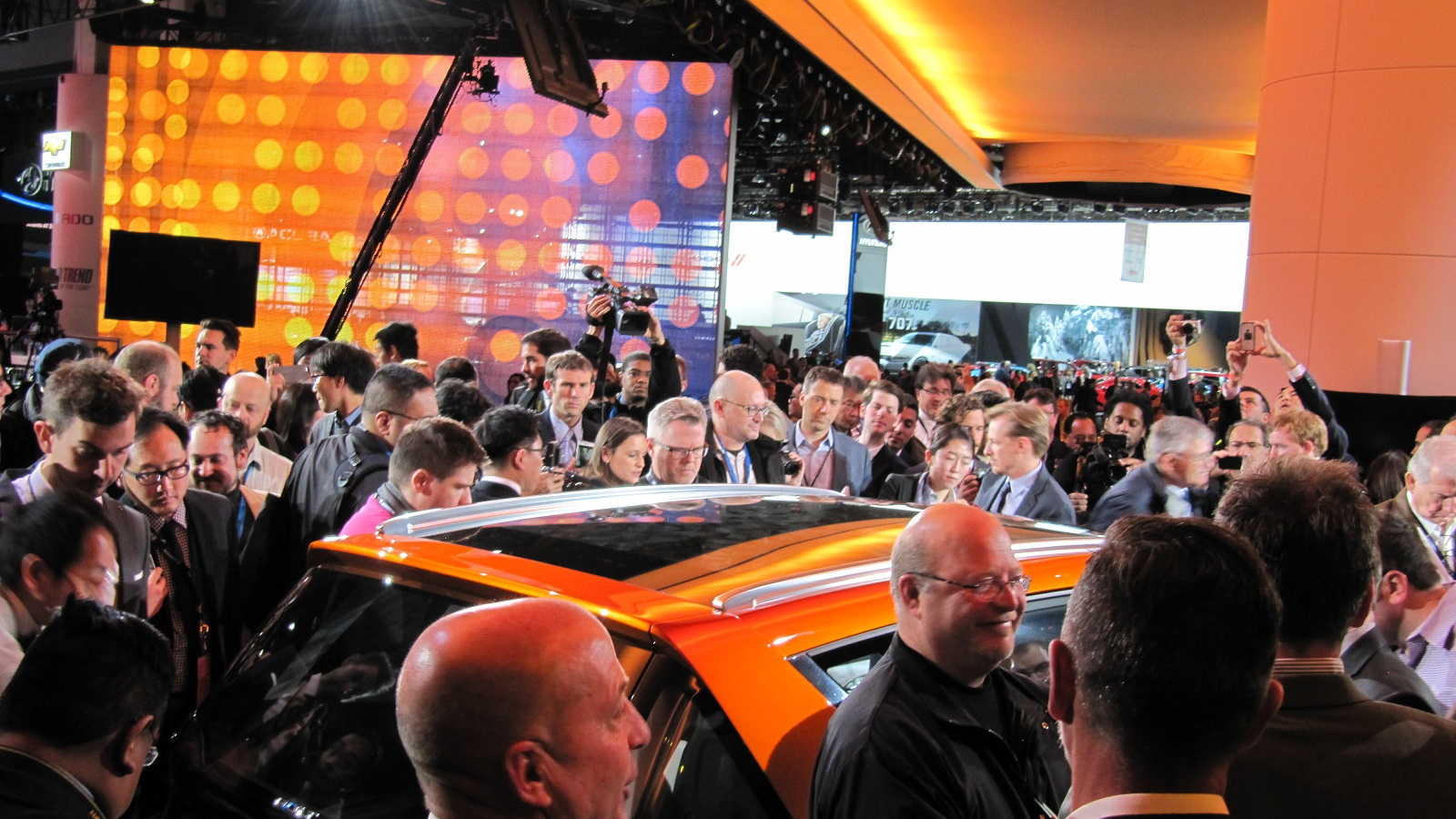 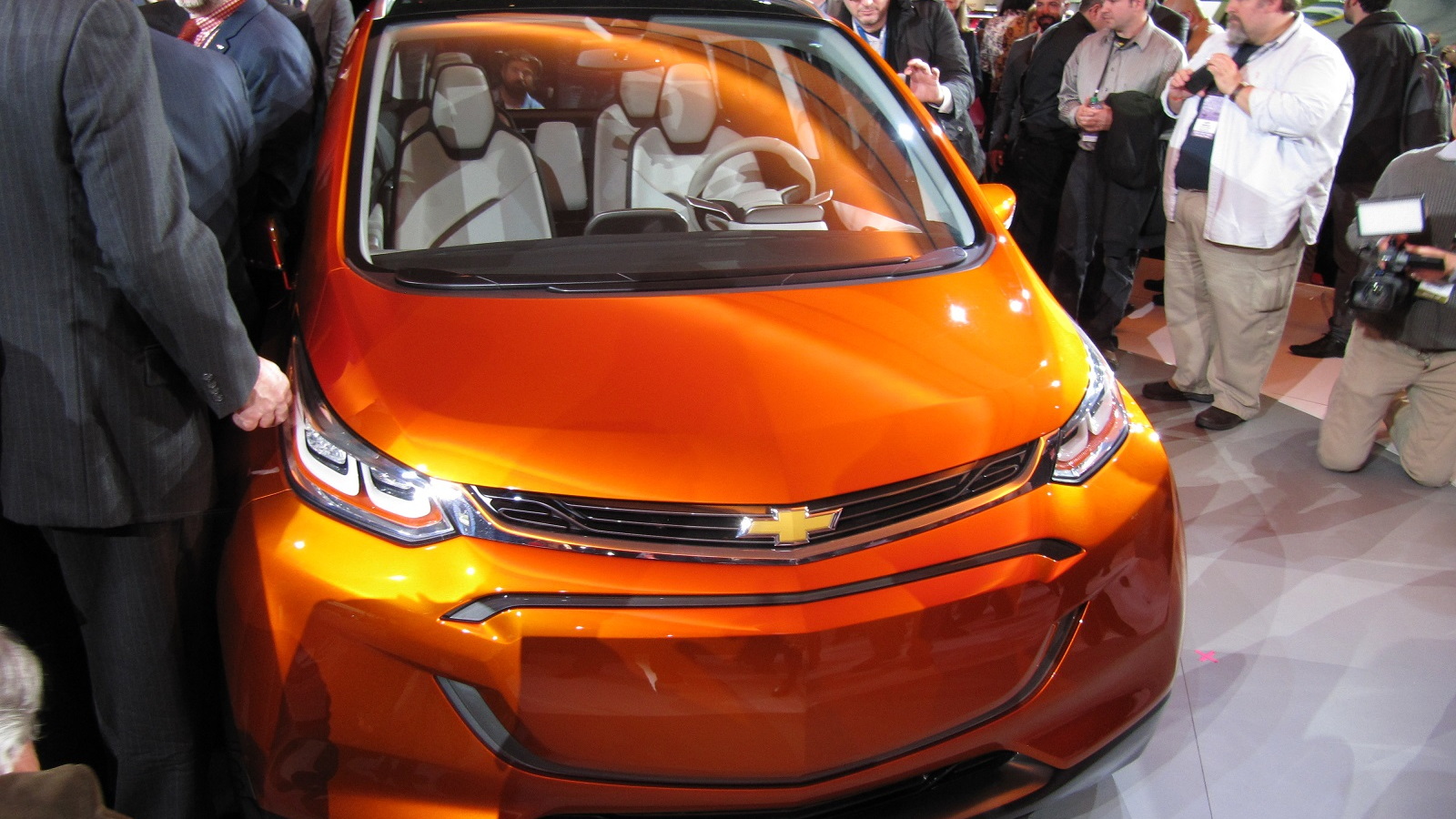 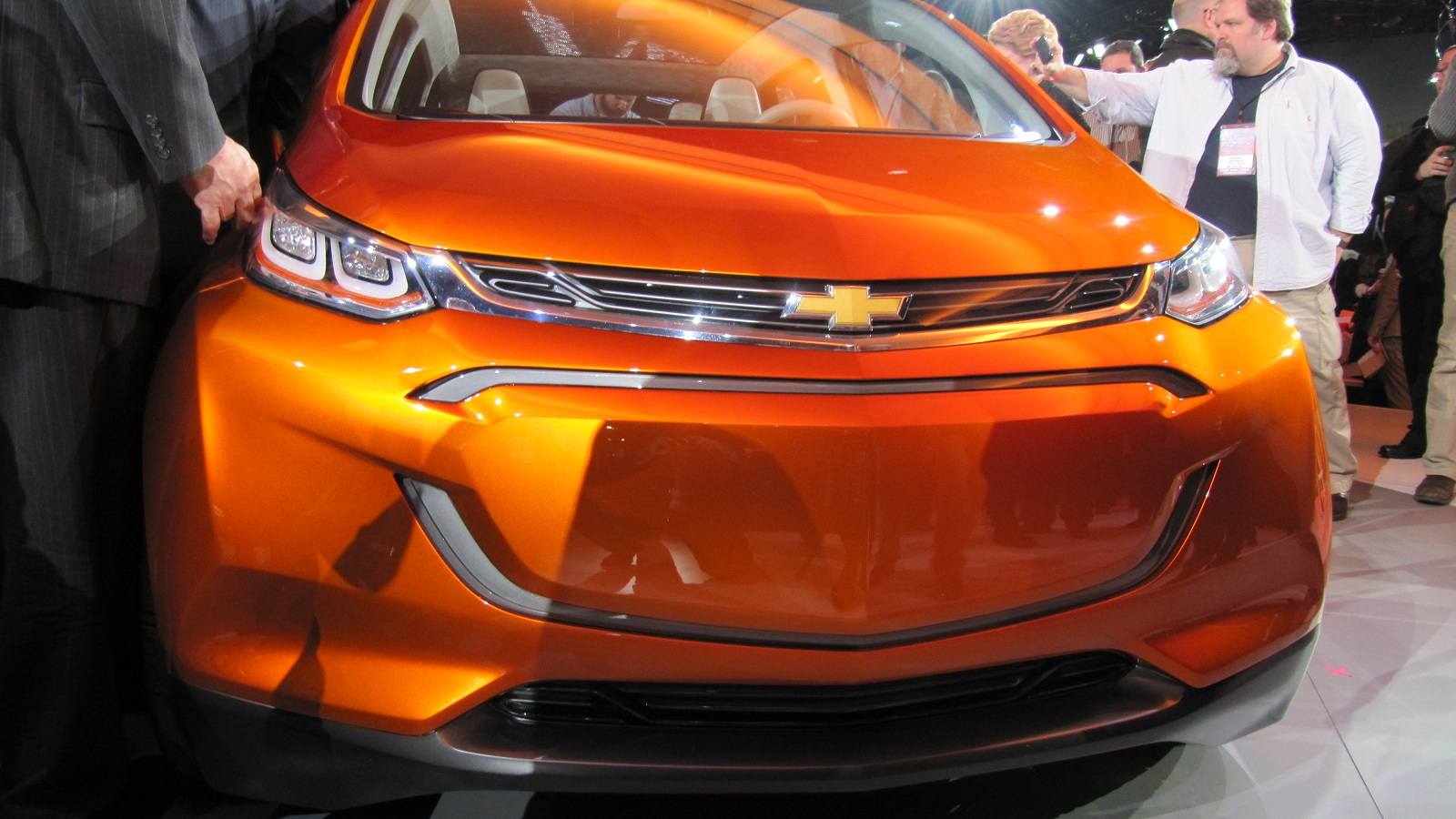 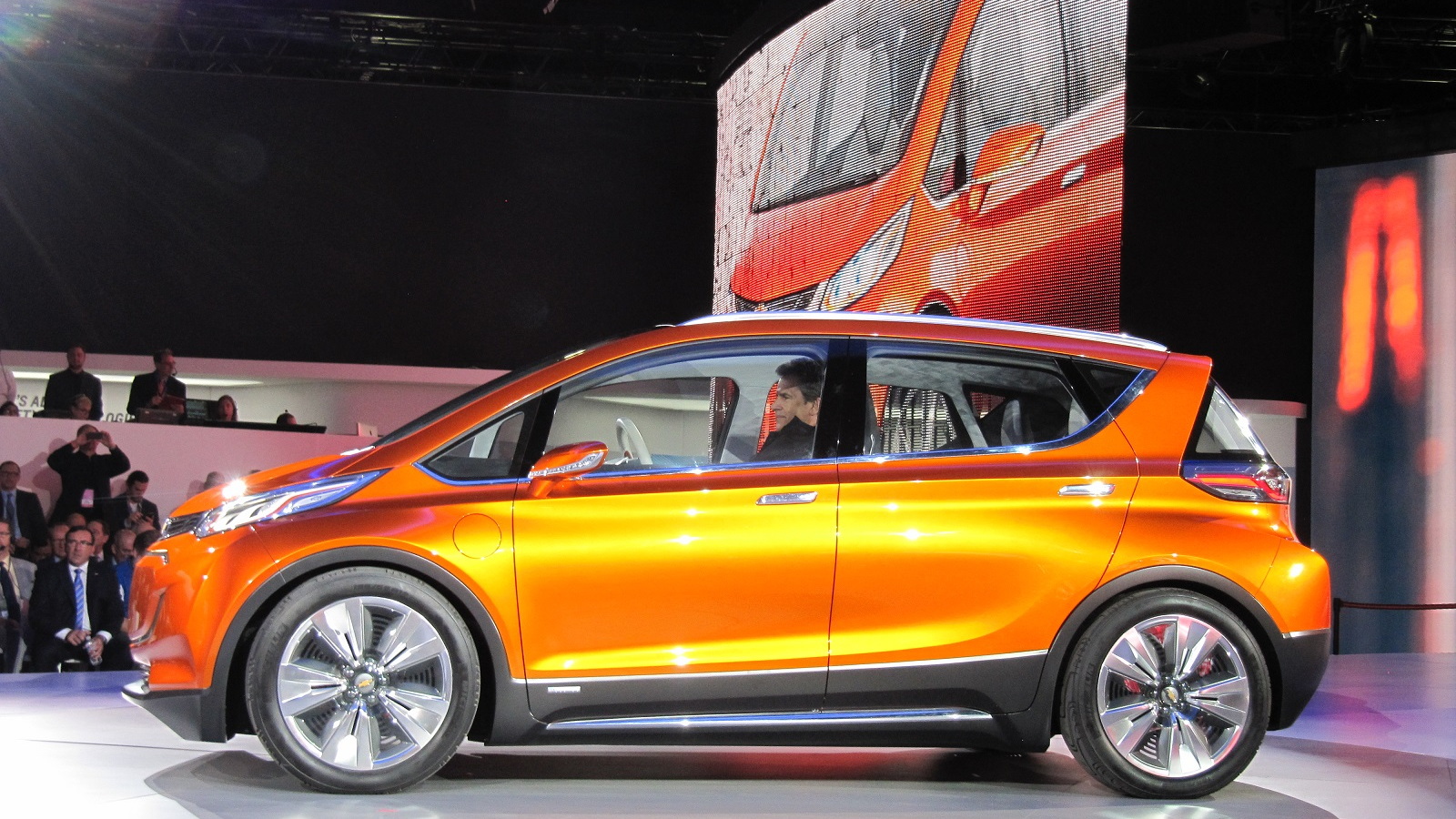 Without a doubt, Chevrolet dominated the news in plug-in electric cars at the recent Detroit Auto Show.

It unveiled not only the new 2016 Chevy Volt plug-in hybrid, but also a concept that showed what a 2018 battery-electric hatchback with a 200-mile range might look like.

The subcompact concept was called the Bolt. No, not Volt: Bolt.

DON'T MISS: Why 'Bolt' Is A Really Terrible Name For Chevy's Electric Car

Or, as reporters found ourselves saying by the end of the show: "Bolt-with-a-B, not Volt-with-a-V."

Which highlights the challenges that would follow if Chevy actually gave the electric car--which will reportedly go into production in mid-2017--a name so similar to "Volt" that many people don't hear the difference.

Especially some Spanish speakers, for whom "V" sounds are pronounced with a "B" anyhow.

One reporter noted that while interviewing GM executives about the concept, he was asked no fewer than four times what he thought about the name.

Clearly, Chevrolet is at least considering renaming the car. So the problem then becomes what to call it.

That's where a few electric-car advocates come in, having floated the idea that it should be called the "EV2" on forums and in private discussions.

ALSO SEE: 2018 Chevrolet Bolt Electric Car: What It Is & Isn't, What It Means For Tesla

The name EV2 would be a nod to GM's long history in electric cars, making the Bolt the logical follow-on to the General Motors EV1.

Several hundred of the much-loved but ill-fated battery-electric two-seaters were leased in California from 1996 through 1999, after which GM took back the cars and notoriously crushed them.

GM's former CEO, Rick Wagoner, later said that killing the EV1 was the decision he most regretted from his tenure at the company (during which tens of billions of dollars of shareholder value were destroyed, ending in bankruptcy).

So calling the Bolt the EV2 might signal GM atoning for its sins, at least in the eyes of the electric-car faithful. The name would likely mean little or nothing to the broader buying public.

But, it raises another question: What does GM have to do to be forgiven for killing the EV1? In some eyes, it seems, there will never be forgiveness.

"For those of you who never knew of this vehicle, look it up. I'm not bashing GM, I don't trust them."

Nonetheless, GM has sold more plug-in vehicles in the U.S. since Dec 2010 than any other maker, although Nissan could take that title this year.

Leaf sales are growing steadily, while the runout of the first-generation Volt will continue before the launch of the 2016 Volt in the second half of the year.

Electric-car advocates unwilling to move on may want to ask, however: Does the same logic apply to refusing ever to buy a Ford, given the well-documented and virulent anti-Semitism of Henry Ford during the first half of the last century?

GM is clearly determined to be among the world's major electric-car makers, along with Nissan, Tesla, and a small handful of other global makers.

That's largely due to the tougher CAFE standards through 2025 that were enacted in 2009 and 2010--but GM undeniably retains huge institutional knowledge in electrified cars.

Whether it would nod to the past with the name EV2, or set a fresh course with another name (not Bolt, please), may indicate how the company views its checkered past in electric vehicles.

We're betting against the name EV2 for several reasons:

But, hey, we've been wrong before.