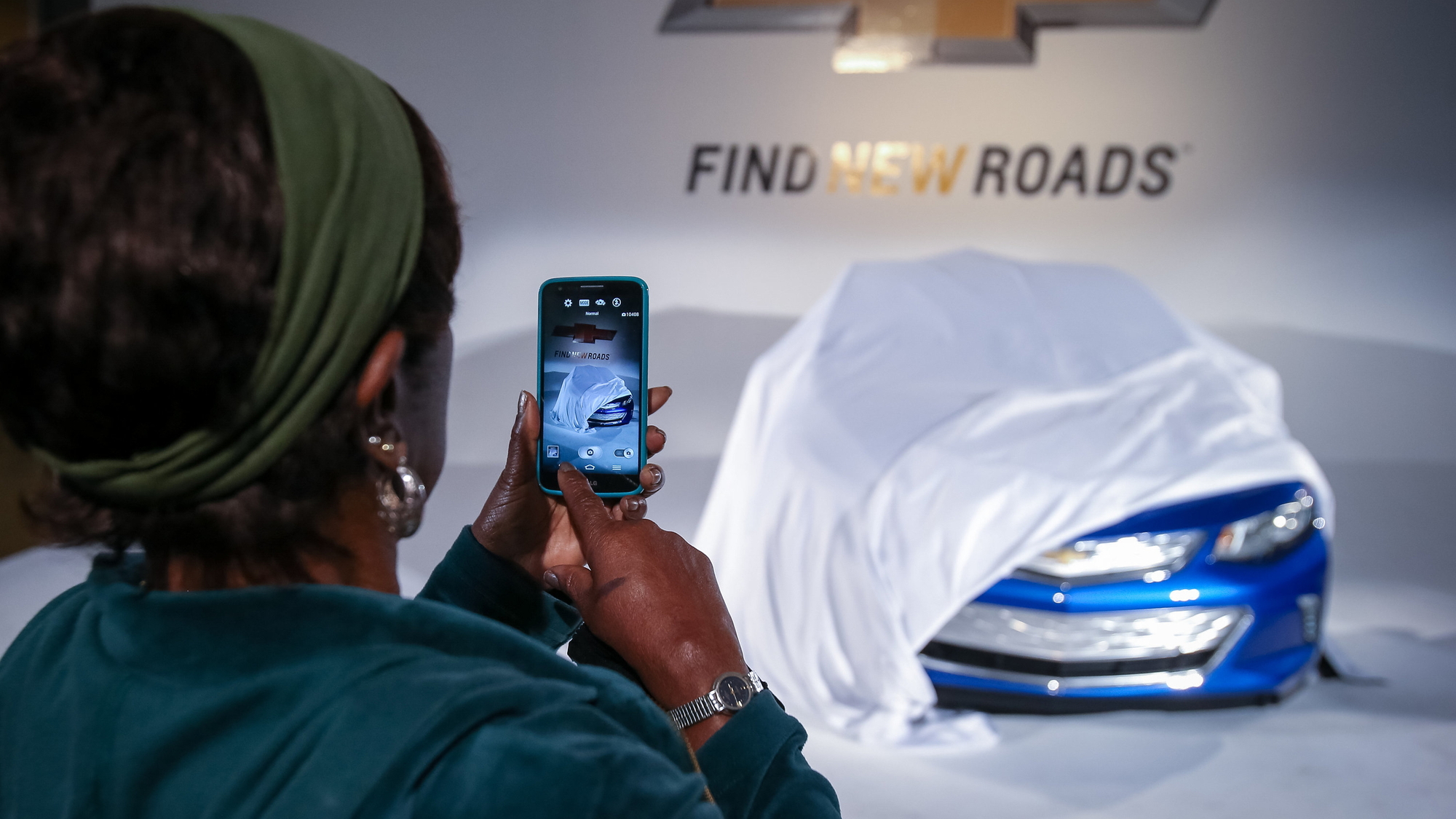 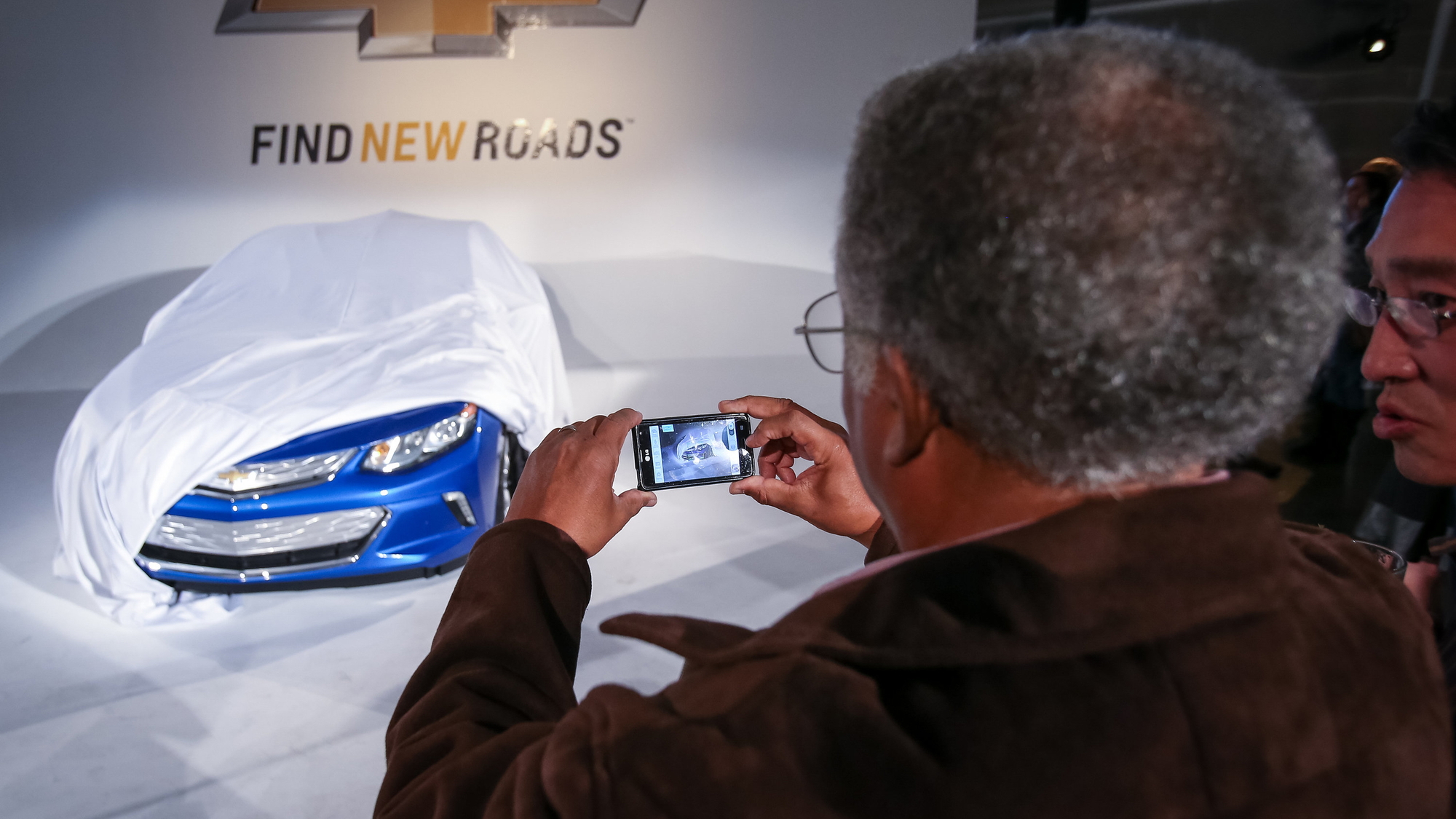 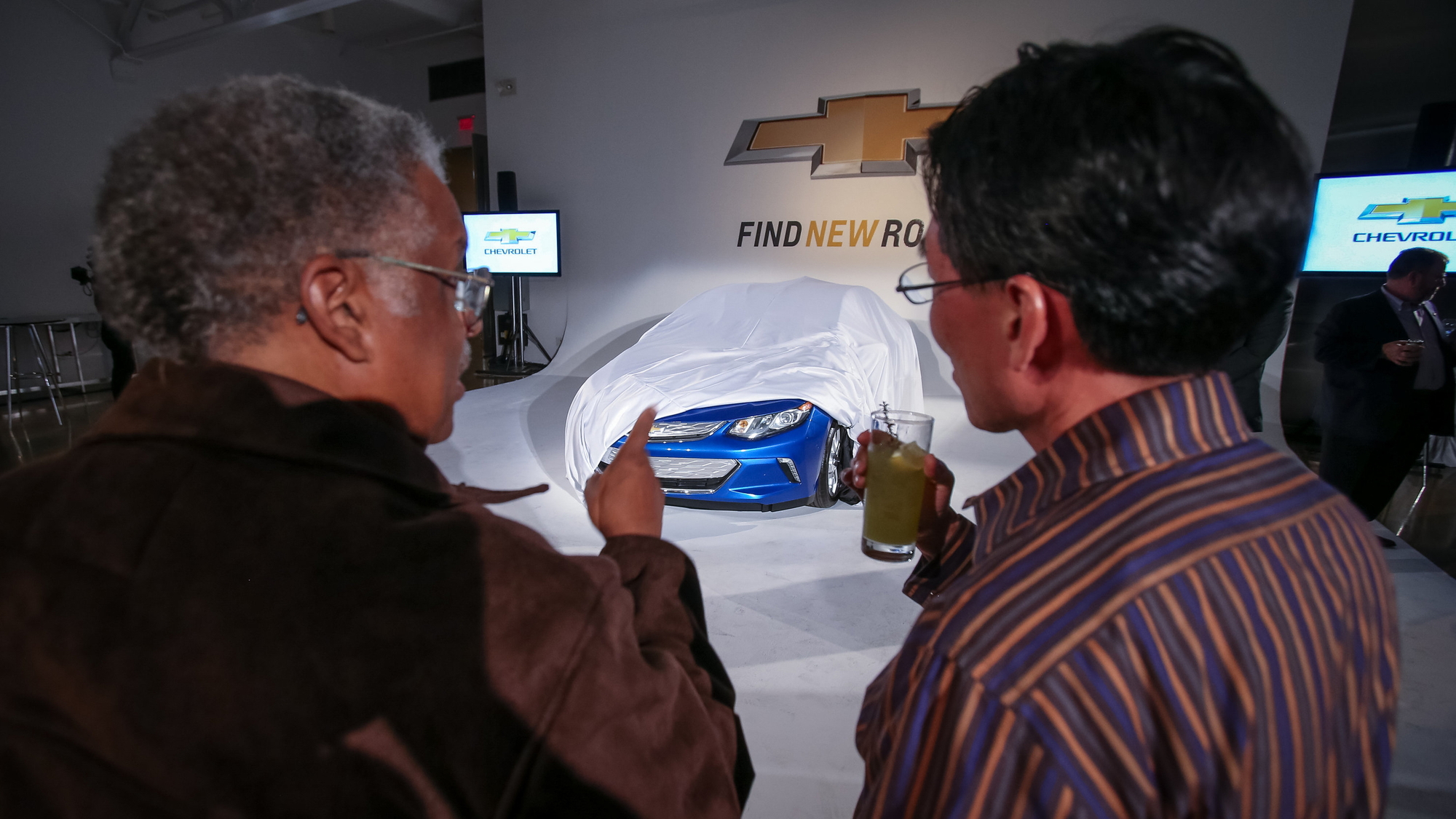 While battery-electric cars are pretty simple in concept, it's often much harder for auto marketers to explain the benefits of range-extended electrics and plug-in hybrids.

In doing so, he declared that the Volt wasn't a mass-market car, but one that appealed to a subset of buyers defined by their locations--mostly coastal--as well as their mindset.

DON'T MISS: Marketing For 2016 Chevy Volt To Be Rethought, Use Owners As Evangelists (Aug 2014)

For GM, over five years, the Volt has been "an impressive product in its design, performance and technology," Mahoney said.

"It’s a real halo for the brand. It’s done a tremendous amount to conquest new buyers, and they have [high] incomes like Corvette buyers.

"Customer satisfaction is through the roof.

“But the reality is that there’s a finite market for Volt, and it’s geographical," he continued, based on data that GM has previously discussed.

"California is the epicenter; it’s not about selling Volt in Oklahoma. And we’ve gotten smarter about deploying resources for the vehicle. There’s a Northeast and West Coast market for Volt, and there’s nothing wrong with that.

ALSO SEE: 2016 Chevrolet Volt To Launch In January: What We Know So Far

"That’s the beauty of having a broad portfolio of products," Mahoney concluded. "But [the Volt is] not a mass-market vehicle.”

In a Forbes article last week, this author contributed answers to questions on the Volt's potential as a "mass-market" car.

What follows are some points from our discussion, in which we put on our industry-analyst hat and attempt to provide context for the next Volt.

Those points include and expand on material that appeared in the Forbes piece in response to Crothers' questions.

First, marketing is just one of several factors that will weigh into the success of the 2016 Volt.

Having a base price starting with a "2" rather than a "3" should get the Volt better-noticed.

The challenge there: Dealership salespeople must then do the heavy lifting of explaining that a 40- to 50-mile electric range covers more than two-thirds of total daily driving miles, and that electricity is far cheaper per mile than gasoline (even at the $2-per-gallon levels now seen in many states).

We won't learn pricing for the 2016 Chevy Volt until much closer to its third-quarter on-sale date, but we bet Chevy personnel will have some tough discussions about that issue.

Regional is the reality

Pricing aside, however, Mahoney's comments on Volt marketing only reflect the current reality.

Over the past four years, the majority of Volts--and plug-in electric cars of all varieties--have been sold in a handful of markets. California is the largest, Northeastern states are another, the Pacific Northwest region a third.

Those regions are historically more forward-thinking and progressive, and most of the states have incentives of one kind or another to incentivize leases or purchases of plug-in electric cars.

California hosts not only the headquarters of electric-car maker Tesla Motors, but also at least four of every 10 plug-in electric cars in the country.

During 2011 and 2012, Chevrolet made a point of saying that it would roll out the Volt nationwide. Indeed, today it's possible to buy a Volt in all 50 states, even if it requires some effort to get Volt-certified dealers in lower-sales states to dredge one up and talk about it

At the time, Chevy wanted to underscore the point that the Volt was not a compliance car (as were most battery-electrics then sold solely in California to meet its zero-emission vehicle sales mandates) but a full member of its permanent product portfolio.

That may have been a political imperative then.

Now that GM is back in private hands and the "Government Motors" tag is starting to fade, the company may be more able to choose how to spend its Volt marketing dollars most effectively. That may mean less national airtime, and more targeted regional campaigns.

As Mahoney accurately noted, precious few Volts are actually sold in Alaska or North Dakota or Oklahoma--all of which are low-volume markets in any case.

So what he has suggested is that Chevy will simply go where car shoppers are most likely to be receptive to considering a plug-in vehicle in the first place. That's just maximizing the return on its marketing investment.

What is "mass-market," anyway? Finally, there's the issue of whether the 2016 Volt can be considered a mass-market car--in the same way that, say, the Toyota Prius is.

The highest-volume vehicles at General Motors are the Chevy Silverado and GMC Sierra full-size pickup trucks, which totaled 665,000 together.

How long will it take the Volt to reach those levels? Most likely several years.

But Chevy also has several lower-volume members of its lineup. It sold 51,000 Suburban full-size SUVs in 2013, along with 34,000 Spark minicars.

Are those mass-market vehicles? That could be debated at length. But those numbers aren't at all unreasonable for the Volt in its first or second full year of sales (2016 or 2017 respectively).

Much may depend on how aggressive Chevy wants to be in hanging onto the title of best-selling U.S. plug-in vehicle (in cumulative sales) that the Volt has held for the last few years.

Monthly sales of the Nissan Leaf are steadily eroding that lead, and it's possible that total Leaf sales since December 2010 will surpass those of the Volt during the runout of the 2015 Volt model, before production and sales of the new 2016 Volt start up in earnest next summer and fall.

Given those partial-year sales of the new Volt, it will be interesting to see whether more Volts or Leafs are sold during this calendar year. From today's perspective, it could go either way.

Owners will be key

In his August presentation, Mahoney also said that Chevy plans to employ Volt owners to help it sell the car.

Volt owners register the highest level of customer satisfaction of any vehicle GM has ever sold--bar none--and they are passionate evangelists, as indeed are most electric-car owners these days.

As electric-car advocates have long known, getting "butts in seats" and having potential buyers actually drive and experience an electric car is key to selling more of them.

How Mahoney plans to use the owners remains to be seen. But if he can do it smartly, Chevy may have a leg up on the Leaf (unless or until Nissan starts to do the same with its owners, who still view the Leaf favorably--but perhaps not quite as much so as Volt owners.)

In the end, we expect sales of the second-generation Volt to be considerably higher than those of the 2011-2015 model.

The new car is likely to have been cost-engineered to deliver a profit at higher volumes, and we're betting that Chevy is now wrestling with how to get it there.

The marketing campaign will be key--along with the price of the car--and we'll likely learn more details on that later this year.

Over to you, Mr. Mahoney.

Follow all the latest news and updates on Chevy's range-extended electric car by bookmarking our Volt News page.