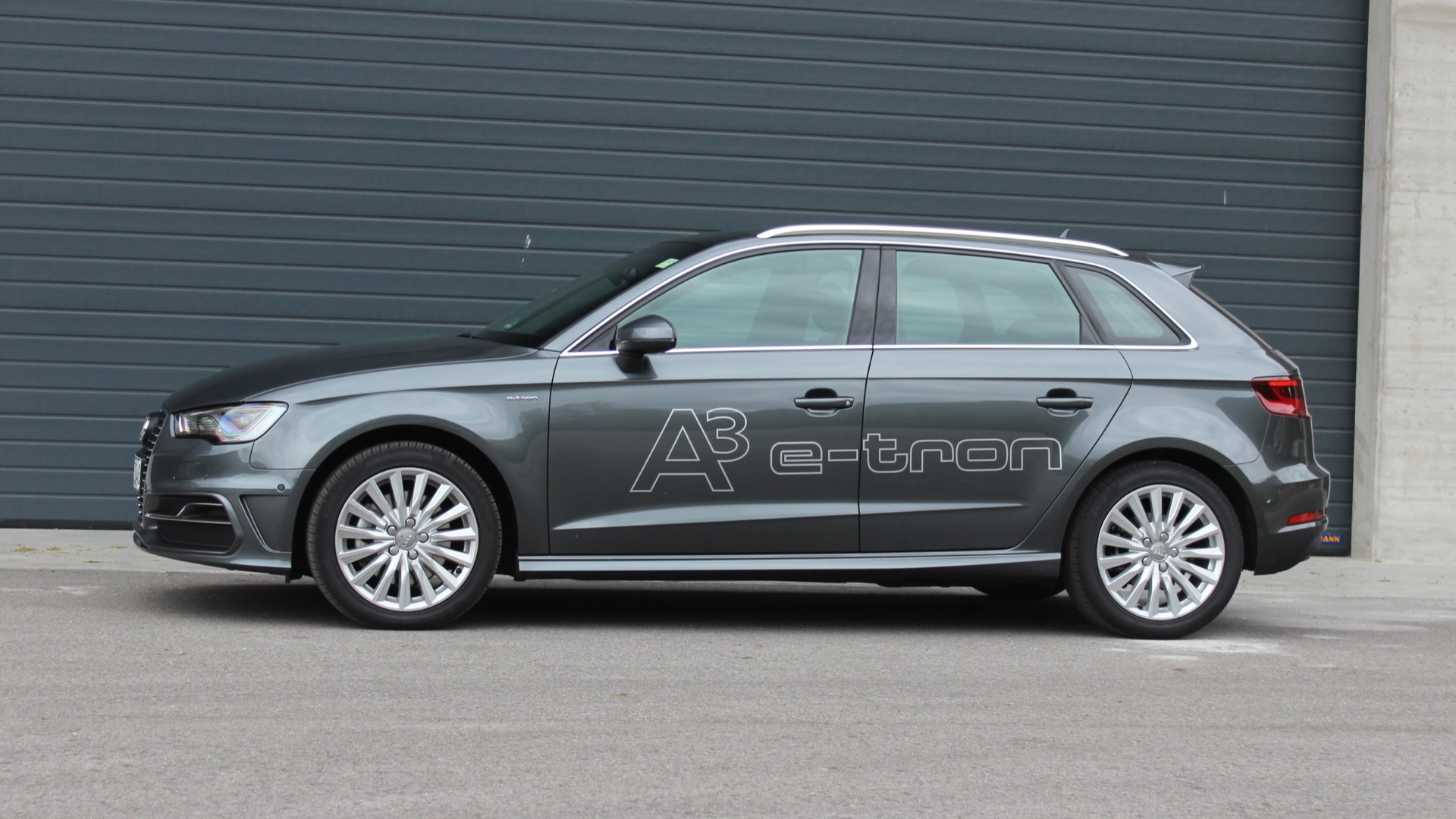 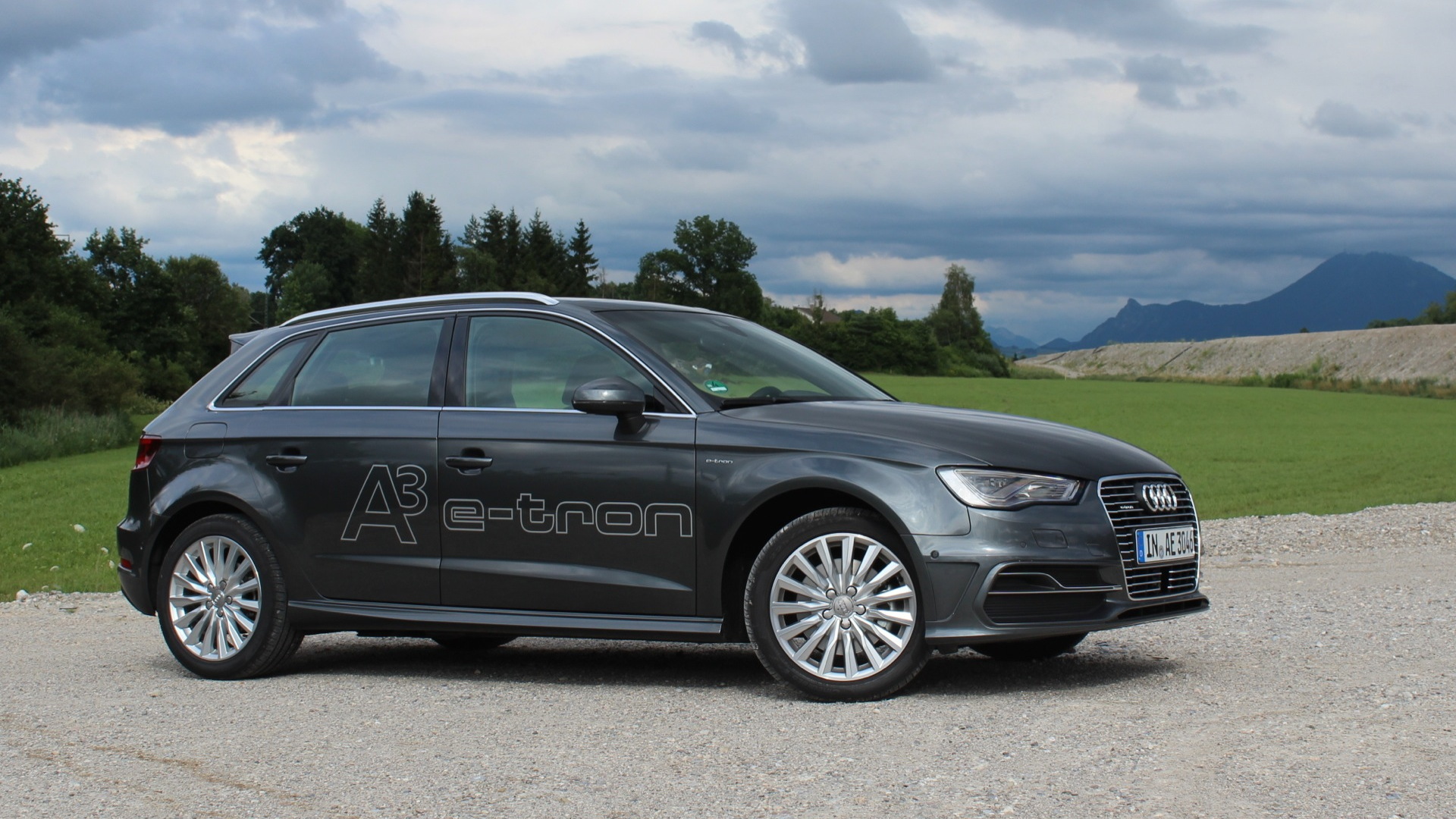 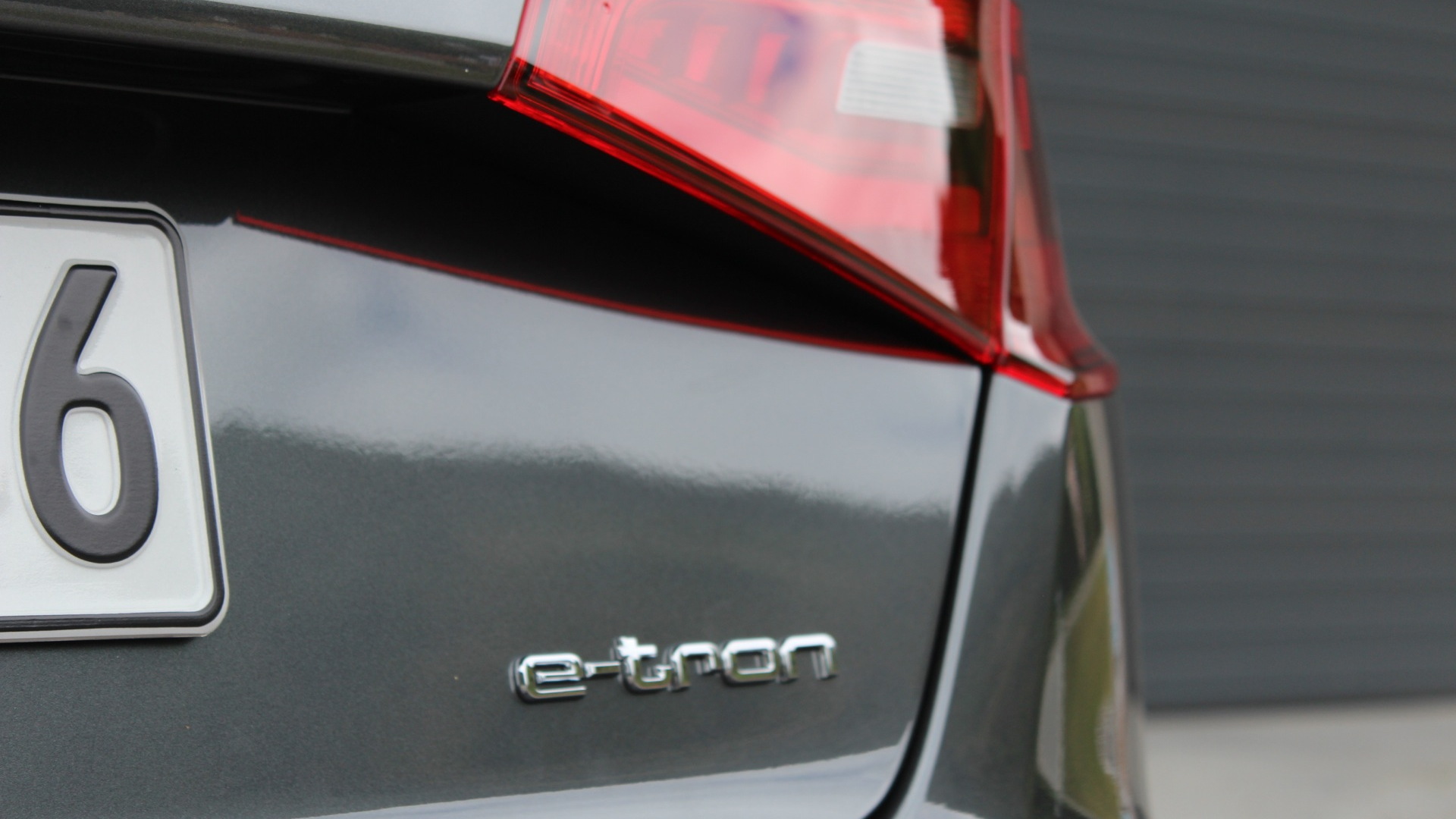 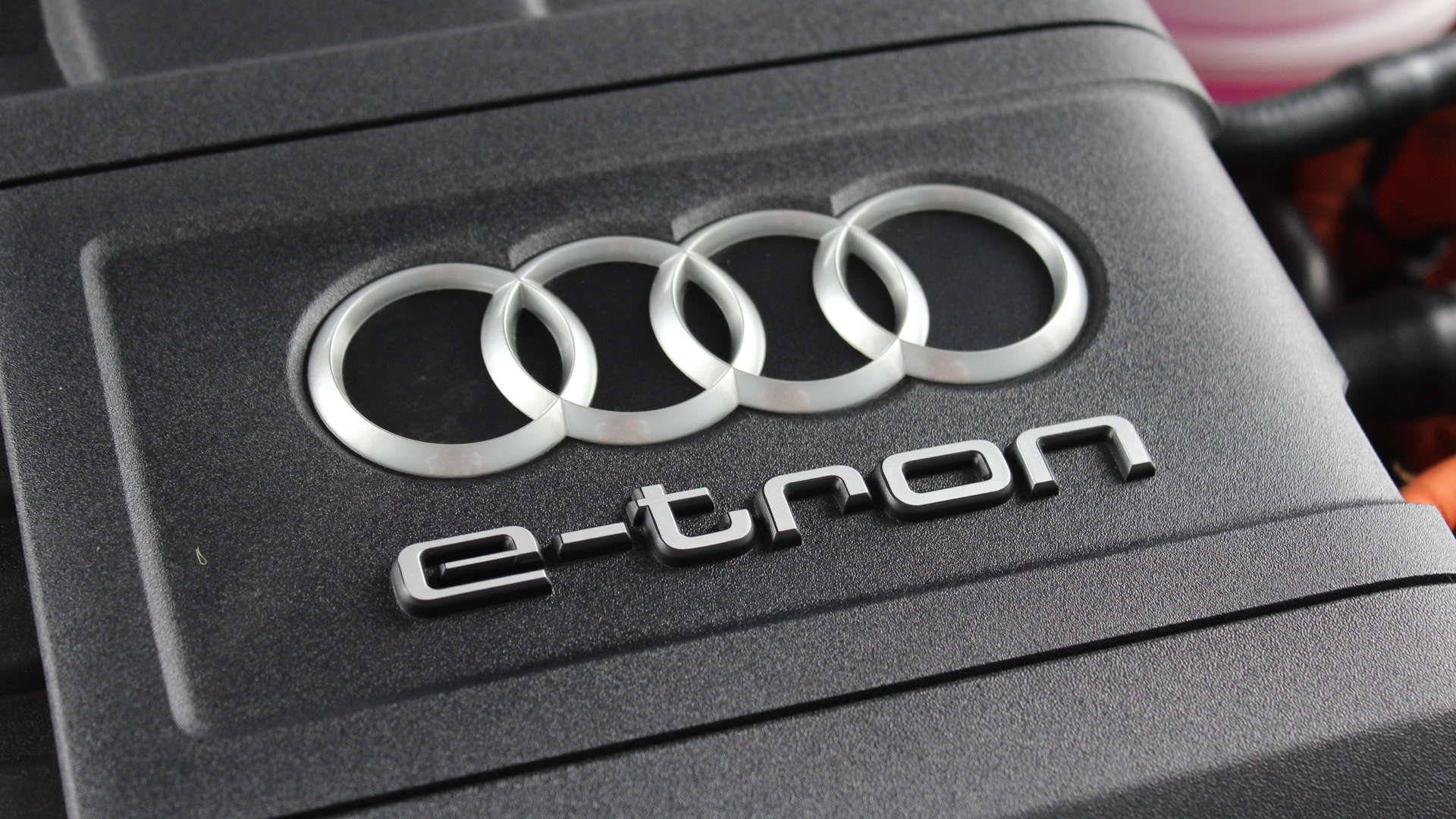 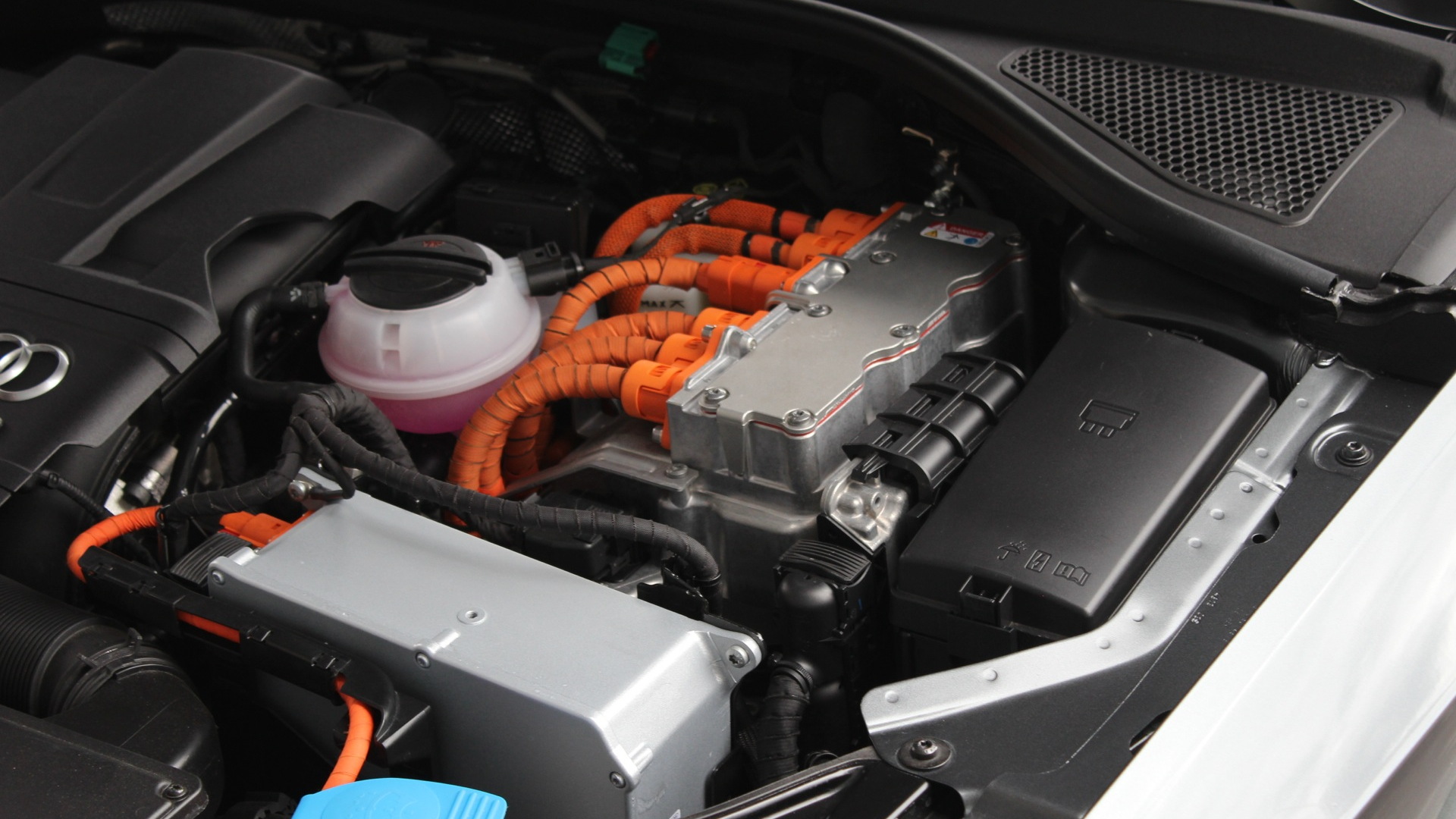 Plug-in hybrids like the 2016 Audi A3 e-tron—especially those with well-tuned responses and zippy performance—are the evangelists that have the best chance of converting the masses to the joys of all-electric motoring.

Yes, electric-car fans, please set aside your all-the-way-or-nothing thinking for the moment. On one side, the A3 e-tron preaches to that inherent goodness, and serves as a stopgap solution, with limited EV range, until battery cost and packaging hurdles are overcome. On the other hand, even after you’ve used up your electric range and the gasoline engine starts up, the e-tron remains a cheerleader for how hybrids can be made more efficient—and even more fun to drive—with bigger batteries and stronger electric ‘boost.’

The production A3 e-tron, slated to reach the U.S. market next summer, is more of the latter. After several stints of driving with the e-tron—in final Euro-spec, and close to what we’ll see in the U.S.—earlier this month, in portions of three days and a drive from Vienna to Munich, over narrow, undulating Austrian and German back roads, larger two-lane highways, and some motorway time—we can say that it feels as if Audi has put forth tremendous effort into making the e-tron drive like a normal gasoline (or diesel) car.

And it might just be the best-handling (or best-balanced) model in the A3 lineup—certainly so if you only consider Audi’s front-wheel-drive cars.

More fun to drive than any other plug-in hybrid

To take it a step further, up against every other plug-in hybrid and range-extended EV on the market—or at least, those with a price tag lower than EV enthusiasts’ Holy Grail, the Tesla Model S—the e-tron is simply more fun to drive.

How can this be? In part, it’s a matter of weight. Because the battery pack and additional hybrid hardware add about 300 pounds of additional curb weight (the battery weighs just 276 pounds)—and by giving it aluminum fenders and hood and some other weight-saving measures, Audi’s kept this complex plug-in hybrid’s total curb weight at just under 3,400 pounds. That’s less than 400 pounds heavier than the base 1.8-liter A3, and roughly the same weight as a 2.0T quattro A3—an incredible feat, really. Furthermore, it’s that battery pack that makes the weight distribution more balanced (at 55/45 biased to the front, instead of up to 60/40 for some A3 models).

That battery pack has an 8.8-kWh capacity, and it’s supplied entirely by Panasonic—using Panasonic’s automotive-grade prismatic cells rather than the consumer-electronics cells employed by Tesla Motors. It’s liquid-cooled with an Audi-designed system, and all the rest of the electric-drive and hybrid-powertrain components are Audi-designed and built.

To clarify, the lithium-ion chemistry of the pack used in the e-tron is different than that used in the Volkswagen e-Golf we also drove this month. While the e-Golf has a chemistry chosen for efficiency, stability, and use in extreme climates, the A3 e-tron has a pack that is allowed to more rapidly discharge.

And just to make sure there’s enough battery cooling for high-performance driving needs, the e-tron includes three separate cooling systems: one for the engine, a second for the intercooler and the electric drive motor, and a third for the battery pack and related electronics. With those, as well as the typical regular service required for the DSG unit, this is not likely to be a simple or cheap car to maintain, long-term.

The Audi-built components include the heart of the system: a special version of the VW Group DSG dual-clutch gearbox that has a 75-kW electric motor system helping feed the input, with a third, solenoid-actuated clutch that can disconnect the engine, or clutch it in, in ways that are often wondrously well coordinated, and sometimes imperceptible. The motor makes 243 pound-feet of torque on its own, but in ‘boost’ mode combined with the gasoline engine pushes peak torque up to 258 lb-ft.

And of course the hybrid system brings perkiness by especially adding oomph at the low end of the rev range. The 1.4-liter turbocharged (TFSI) four-cylinder engine in the e-tron makes 150 horsepower and 184 pound-feet of torque, but the hybrid system boosts it to 204 hp and 258 lb-ft, respectively.

Although Volkswagen has been selling a Jetta employing a hybrid motor system and DSG, Audi officials confirmed that this is different hybrid hardware, and that Audi on its own developed its maps for the system.

About 25 miles at a time, as an electric car

With no internal combustion engine running, the e-tron will be an electric car for an official 50 km (31 miles), followed by 553 miles (from the 10.6-gallon tank) in mixed gasoline-electric hybrid mode—all by the EU Combined test, which tends to overshoot real-world numbers. Based on that and what we saw in our drive, expect about 25 miles on a full charge.

But to help you make the most of this setup, Audi is including more drive modes—and overall driver control over what the powertrain is doing and when—than any other plug-in hybrid.

With a small ‘EV Mode’ button below the MMI screen, you can toggle through them all. There’s an EV Mode, a Hybrid mode that uses the battery charge, one that’s charge-sustaining, and one that can actually restore a charge. From what we observed, the system can bring the battery back up to full in just over a half-hour of driving (essentially a quick charge). Of course, the engine is consuming far more fuel during this time, however.

Go too fast, or floor it, and there’s a rude awakening

But do as we did and the engine has quite the rude awakening. Never mind that it’s cold, or nearly so; it starts up and is almost immediately at high revs and engaged by the clutch pack, pushing up toward triple-digit speeds. And after running in quiet all-electric mode, it sounds noisy. It’s effective and confident, though; we reached nearly 100 mph (160 km/h) at one point, and the A3 e-tron felt extremely stable and confident, in a way that would apply to few other electrified or hybrid vehicles, exotic sports cars notwithstanding.

The e-tron’s charge port is accessed through a twist of the Audi four-ring badge at the front. And outside of the charging system used in the VW e-Golf, it’s the only charging system that we’ve seen that will allow your programmed charge time but have a temporary override at the charge port.

Charging from flat to full takes three hours and 45 minutes, and sadly, as with most competing plug-in hybrids, Audi has no plans to add fast-charge capability to the e-tron.

More weight on the back wheels, a more balanced feel in tight corners

Back to the driving experience, The more rearward weight distribution helps it steer better, and feel better in mid-corner transitions. The only thing getting in the way of hurling the e-tron into each corner with even more enthusiasm is the tires—energy savers that, while quiet, simply don’t have a lot of available grip and start shrieking surprisingly early.

In Drive, you can pull the left paddle-shifter once, to add more regenerative braking (the process also typically conjures a downshift from the DSG gearbox, so they’re almost one in the same). It times out after ten seconds. Or you can select ‘S’ to keep the gasoline engine on and simultaneously order up more brake regen.

Inside, the e-tron has all the hatchback goodness you’d expect to find. Backseat space is good enough for a couple of adults in the outboard positions (it’s too narrow to fit three adults across); but headroom is just fine and legroom is adequate as long as those in front don’t have the seats pushed back all the way.

Separately, Audi Drive Select lets you toggle between Auto, Comfort, and Dynamic modes for the steering boost and throttle tip-in. Magnetic suspension isn’t currently available, but it’ll likely be offered in the future. And farther in the future, Audi is working on an all-wheel-drive system—with rear wheels electrically driven, as in this past year’s TT concept. That should help take care of the portion of the U.S. market that wants a far tighter footprint yet all-wheel drive.

Front-wheel-drive, but AWD e-tron in the works?

When Audi launches the A3 TDI next summer, it’s also once again planning to have it be front-wheel-drive-only for the U.S. The e-tron should arrive in late spring or summer of next year, with the Sportback TDI models also arriving next summer. They’ll both likely enter the market as 2016 models.

How does that position the A3 e-tron in the market? Admittedly, it’s quite the about-face from the all-electric e-tron prototype we drove a couple of years ago. But compared to the Chevrolet Volt and the Cadillac ELR, or Ford’s Energi plug-in hybrids, it’s by far a more engaging, direct, communicative driving experience. It doesn’t feel like you’re driving ‘by wire,’ via a complex set of electronic controls and wizardry. While in truth the e-tron might have plenty of that, it does feel first and foremost like a relatively quick, sporty hatchback.

And if it convinces those who might not have considered a plug-in to go for it, that’s mission accomplished.