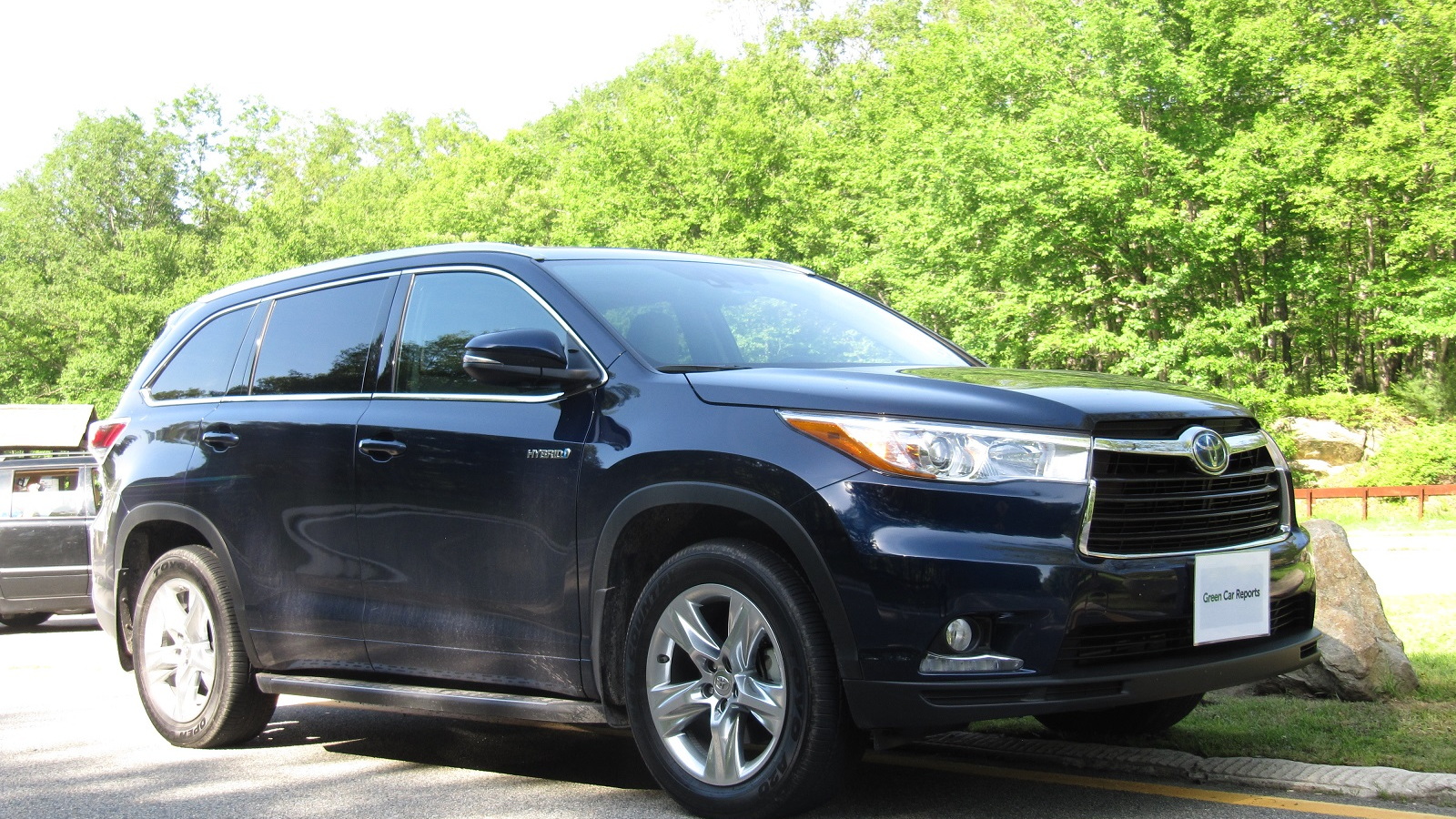 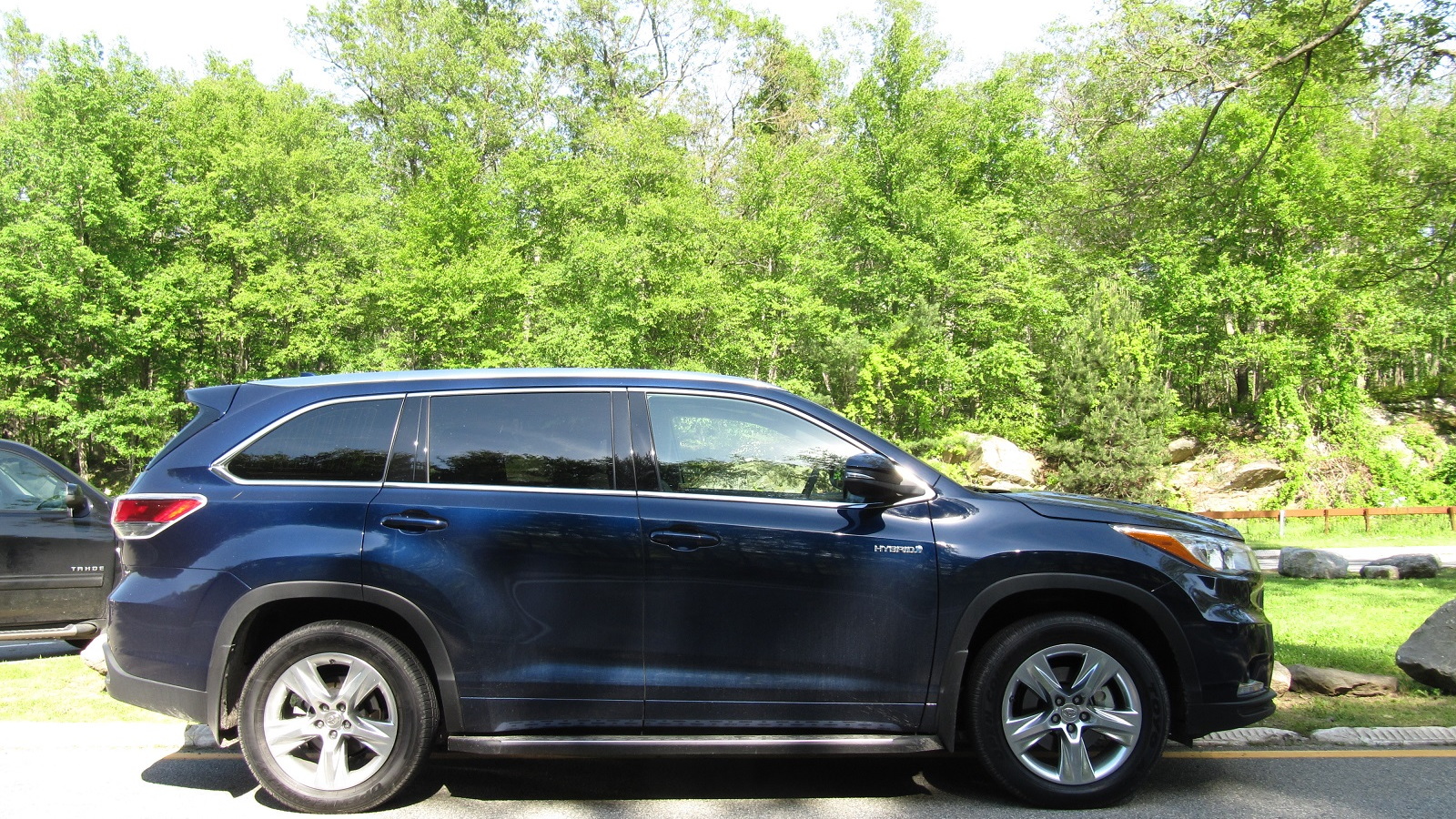 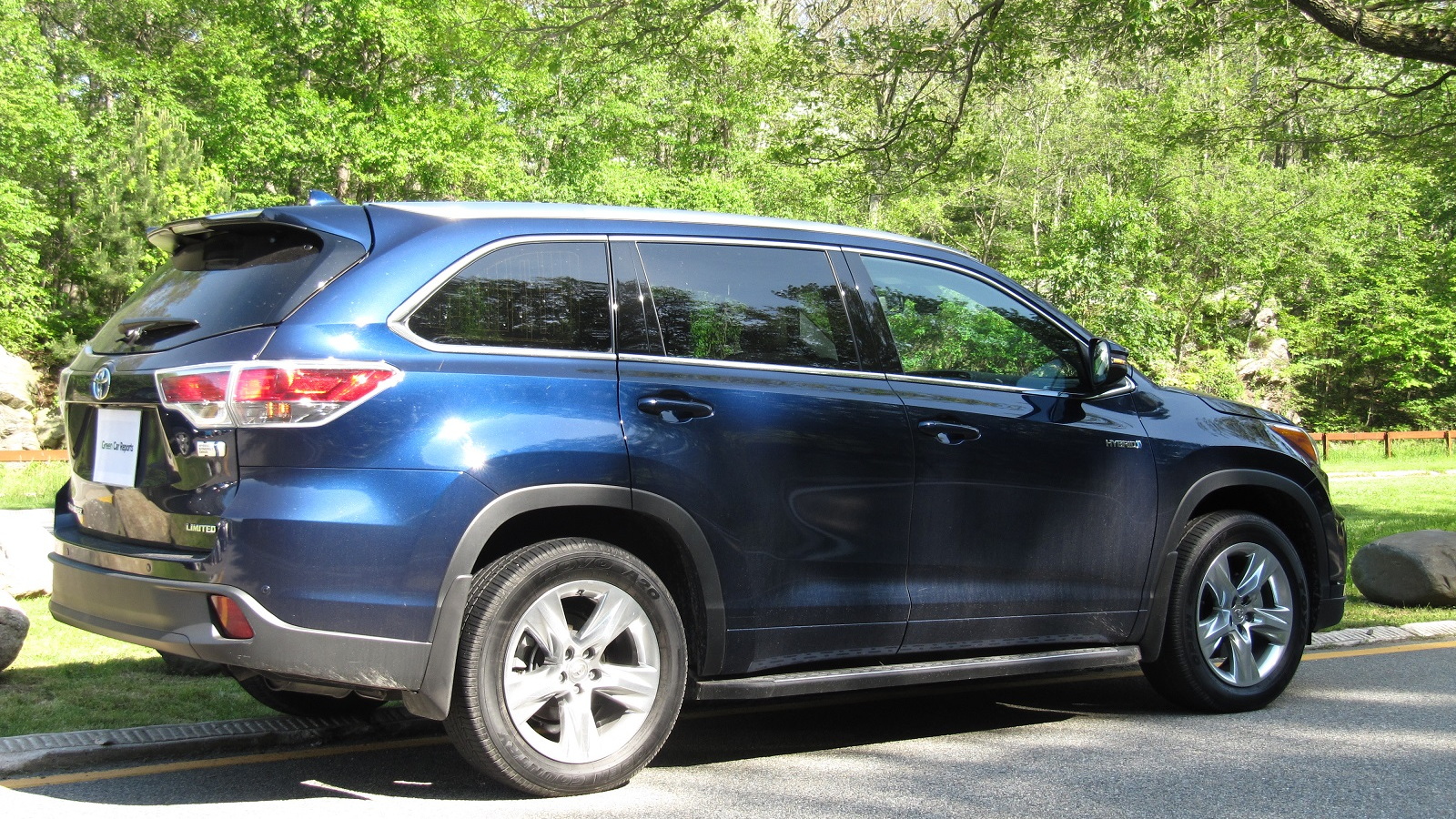 The Toyota Highlander Hybrid remains the sole seven-seat hybrid vehicle on the market, and it has been redesigned and updated for the 2014 model year.

While smaller vehicles--the Prius far ahead of any other model--make up the bulk of U.S. hybrid sales, the 2014 Highlander Hybrid stands at the top of Toyota's mid-size SUV line.

That's a notable improvement on the best possible mileage in a gasoline version, which is 22 mpg combined (20 mpg city, 25 mpg highway) for a 2.7-liter four-cylinder Highlander that doesn't offer the option of all-wheel drive (which is standard on the hybrid Highlander).

In our weekend road test, like many of the larger hybrid SUVs, we didn't quite get there.

Over 375 miles of driving over our usual test route--about two-thirds highway and one-third around-town and suburban stop-and-go--the indicated mileage on the trip computer rose from 25.5 mpg to 27.0 mpg.

That's better than the 23.0 mpg we achieved in a test of the 2012 Highlander Hybrid--the prior generation--over a different test route, and likely considerably better than you'll get in any gasoline version.

That's close enough that owners likely wouldn't be upset, though earlier generations of Highlander Hybrid and the current Lexus RX (built on the same underpinnings, but only offered with five seats) have produced frequent complaints about underachieving their rated efficiency numbers.

We can't say that the new 2014 Toyota Highlander, hybrid or not, is particularly compelling to drive.

Like the new seven-seat Nissan Pathfinder, it's a front-wheel-drive biased comfortable family transport in which relatively quiet travel and a host of carefully selected comfort and infotainment features matter far more than handling or any measure of sportiness.

There is a Sport model in the new hybrid Highlander, which makes it marginally more responsive, if hardly spritely. We recommend avoiding the Eco mode unless you have the patience of a saint and are impervious to traffic piling up behind you.

A few notes from our weekend test drive:

Our top-of-the-line 2014 Toyota Highlander Hybrid Limited Platinum AWD model came with a base price of $49,790, putting it at the highest end of mass-market mid-size utility vehicles.

It had only a handful of options on top of that, the priciest of which were the $599 running boards. We'd avoid those, as they weren't needed in our household to get into the vehicle, and on sloppy days they quickly trapped muck and splashes.

The $230 cargo liner and carpet floor mats, on the other hand, were well worth the money. As we know from a constant process of removing dirt, gravel, leaves, and pine needles from our cars, being able to pull out a top layer of mat and shake it off is invaluable.

We utterly failed to notice the $69 rear-bumper applique (to prevent scarring), but the $49 cargo net was only average across the half-dozen or so we've used--though the quality of a cargo net will be pretty far down the list of make-or-break items in a $50,000-plus family vehicle.

Adding the mandatory $860 "delivery, processing, and handling fee" brought our Highlander Hybrid to a bottom line of $51,597.