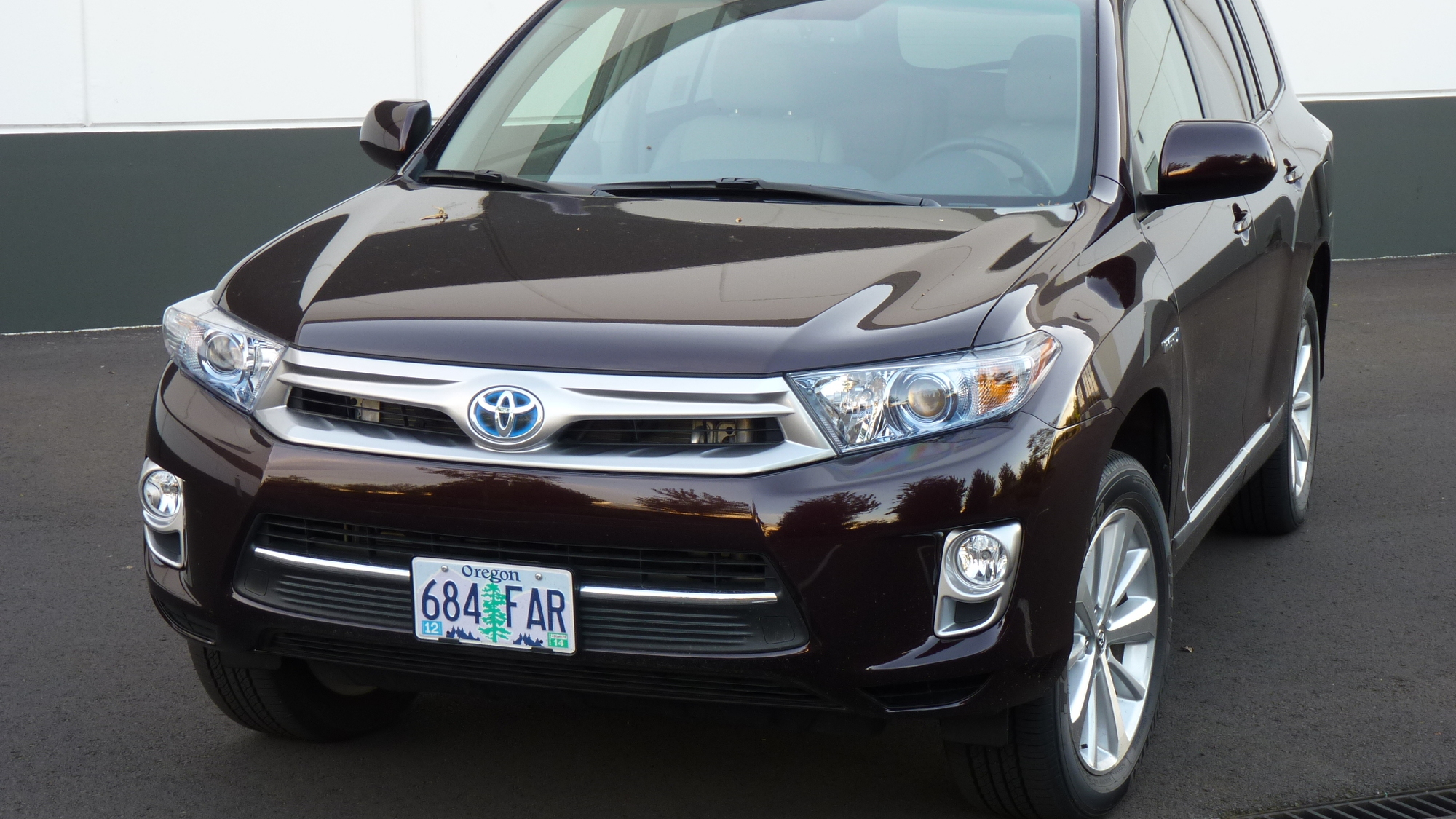 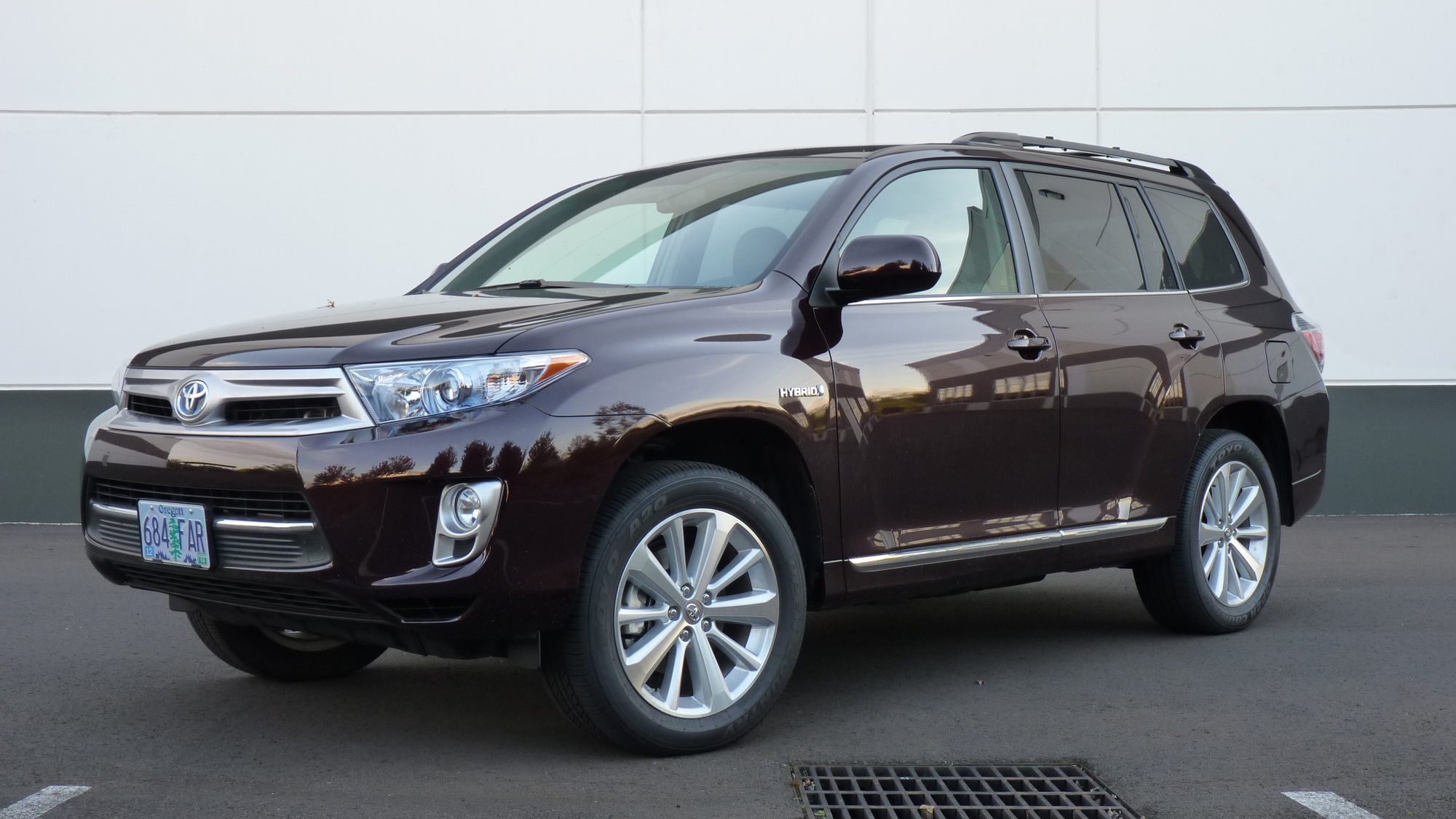 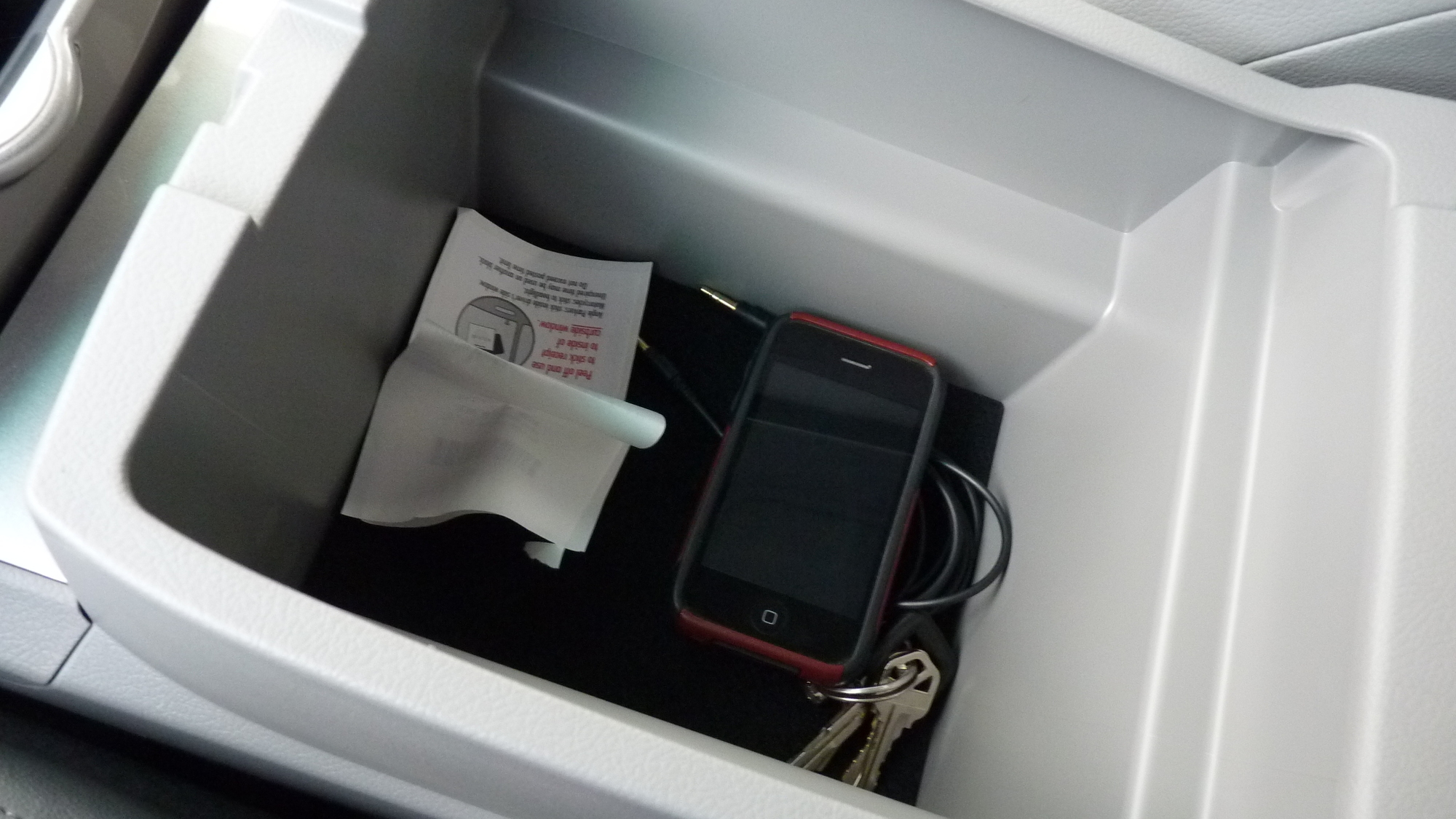 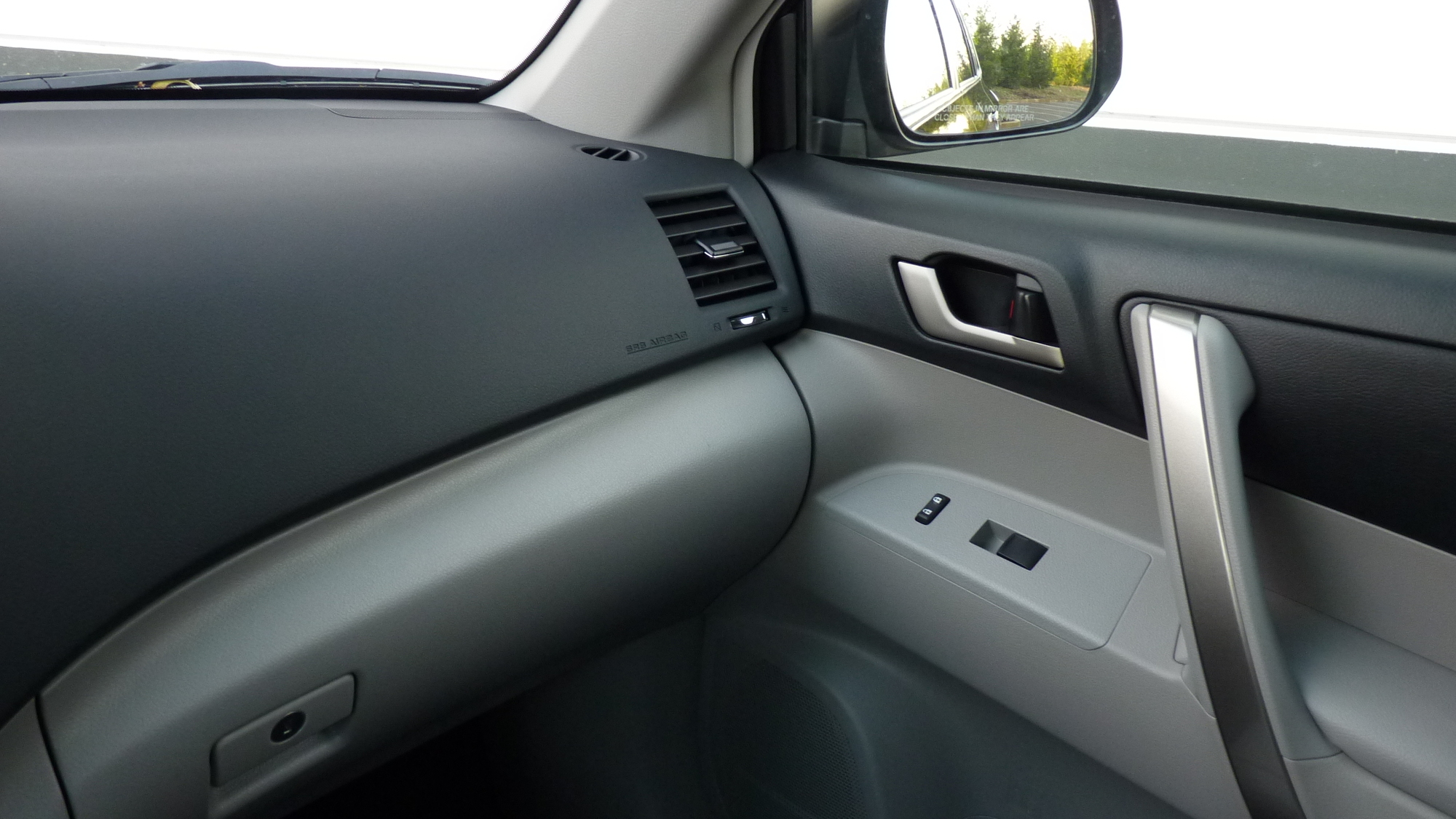 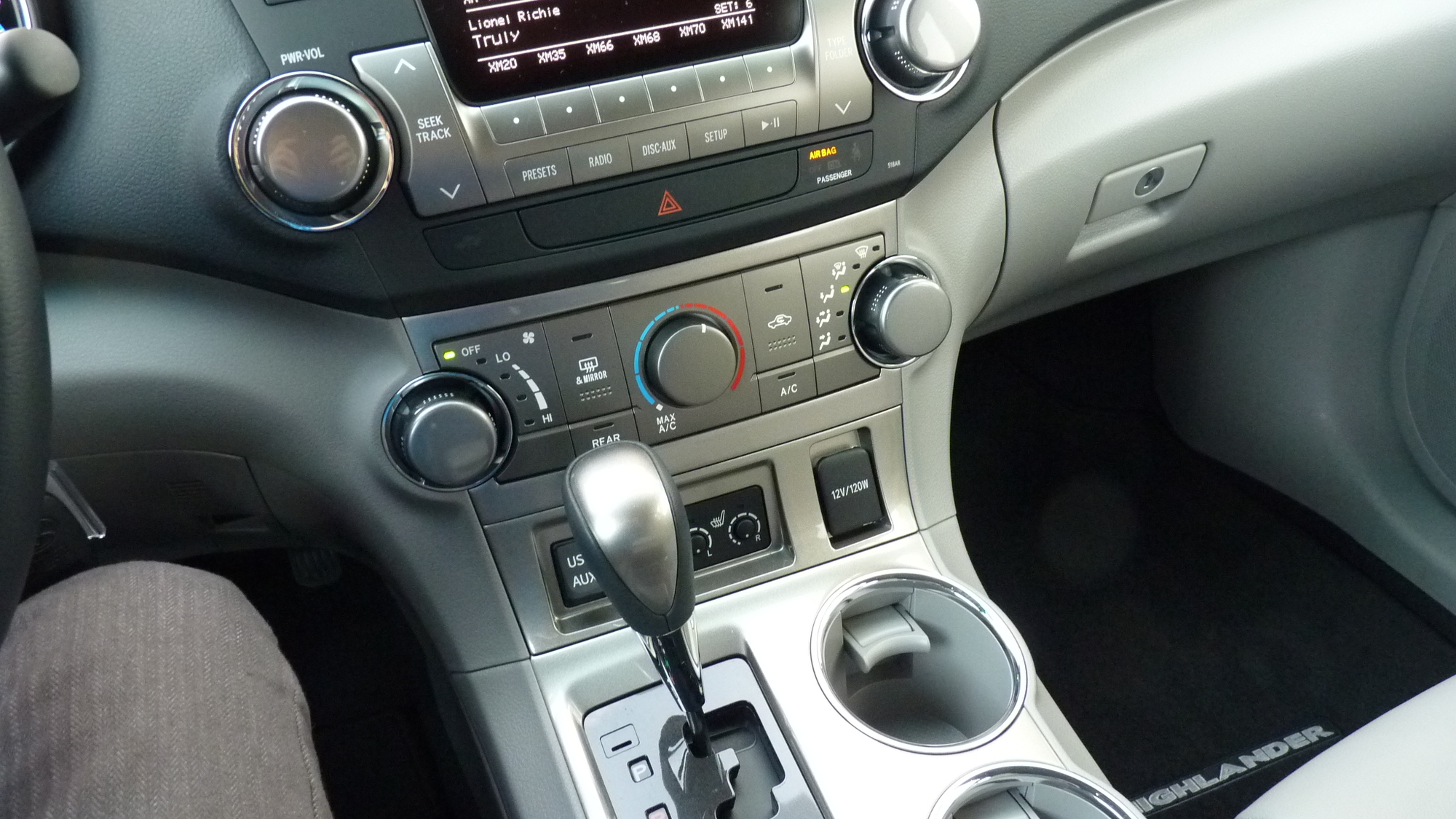 25
photos
If you need to carry up to seven people at once, and you're quite horrified by the mileage ratings on most of the three-row vehicles that are truly up to the task, we have the vehicle for you: the 2012 Toyota Highlander Hybrid.

With EPA ratings of 28 mpg city, 28 highway, it's the highest-mileage three-row vehicle, based on Combined ratings—and it's by far the best in the city.

But as we found out in a weeklong drive, the Highlander Hybrid might not return figures quite that high in real-world highway driving.

However, there's a lot of good-old wholesome family vehicle in the latest versions of the Highlander; they're cavernous, thanks to a nice low load floor and flexible seating that helps make the most of any combination of passengers and cargo. Even though the seats aren't all that supportive, there's a good view outward; the second row felt just as comfortable for adults, and easy to get into. Meanwhile, those second-row seats slide forward with a lever, and provided you have a little bit of dexterity you climb up and over to the rearmost seat.

We opted to simply keep the third row folded flat (it flips up easily when you need it, with a strap). The second and third rows line up quite well for a nearly flat load floor—and up to 94 cubic feet of cargo space.

The Highlander does look pretty good from the outside. We like the blue-tinted headlight lenses of the Hybrid, as well as the extra chrome accents in front and the clean sheetmetal; but with very modest badging, this is not a model that's going to be identified as a hybrid from afar. Inside, the instrument-panel design strikes a middle ground between the chunky look of the more trucklike 4Runner SUV and the smoother, more horizontal themes of the latest Camry.

That's the good, but the bad is that the Highlander Hybrid has one of the dullest, most hard-and-plasticky interiors we've been exposed to over the past several model years. The entire interior feels designed to wipe clean of spills—and it might well be—but that's to the detriment of any upscale impression. What's more, the 'leather' seats didn't feel like that—rather, a bit rubbery when running fingers over them.

While the Highlander Hybrid's styling is simple and straightforward, its powertrain feels anything but that. The transitions from all-electric to electric-gasoline power in this full hybrid are about the best they get—if you turn off the audio and climate control systems, you can hear the engine start up, but there's never a hesitation. Compared to the Toyota Prius or Toyota Camry, the threshold for all-electric operation feels a little lower, with the gasoline engine starting earlier.

With this new-generation model, introduced last year, Toyota has replaced the former 3.3-liter V-6 with a version of the familiar 3.5-liter; the V-6 makes 231 horsepower and 214 lb-ft, and it's supplemented by a 167-hp electric-motor system at the front, plus a 68-hp electric motor at the rear wheels—altogether producing 280 hp. Curiously, the electric motor system is the only way that the rear wheels are propelled.

To say that the Highlander Hybrid isn't all that exciting to drive would be an understatement. We simply can't think of another vehicle that's less engaging and more detached than this.

Blame, in part, this powertrain's CVT-like function; the vague, organic transitions between power sources, and quiet, refined behavior can lead you to feel very detached from what's going on up there in the engine room. You ease into the accelerator, get it somewhere in the middle portion of its travel, watch the analog needle of the economy-vs.-power gauge swing upward, and then back off a bit when you reach the right speed or see that you're being too inefficient. The engine drones faintly, but it's definitely something you can filter out with music on, the climate system running, and kids chattering in back. Run in Eco mode (there's also an EV mode), and the general responsiveness becomes even more rubber-band-like.

There are other more pointed flaws to this powertrain. One of them is the brakes; they're very grabby compared to the Prius and other new Toyota and Lexus hybrids, and even after a week with them we were still stopping short of the desired spot nearly every time, and lacking smoothness the last couple miles per hour.

Likewise, the steering keeps with that same secure but imprecise attitude of the acceleration and brakes. The responsiveness is there; it's just masked by too much electric assist and a loose on-center feel that requires too many small adjustments. There's no big reward in ride quality either; somehow the cushiness you'd expect, given the Highlander's rather dulled responses, is substituted for a ride that's a bit busy.

So how good did we do on gas? Over 130 miles of mixed driving—more freeway errands to the suburbs than city stop-and-go—we achieved just 23 mpg (and noticed our highest incremental figures on low-speed urban stretches, not on the highway). That's not at all had for such a large, heavy (4,600 pounds) vehicle, and it's probably several miles per gallon better than what we'd see in a standard V-6 Highlander, but it begs some thought.

Will the $38,715 Hybrid be right for you? We really think that—provided you like the package otherwise—it depends on what kind of driving you'll be doing. If it's lower-speed city driving, the Highlander Hybrid is a good green pick for those who need to ferry up to six others around town. But for highway driving we think the base four-cylinder or V-6 engines—and a number of your other third-row picks, minivans included—will be nearly as economical, if not better.