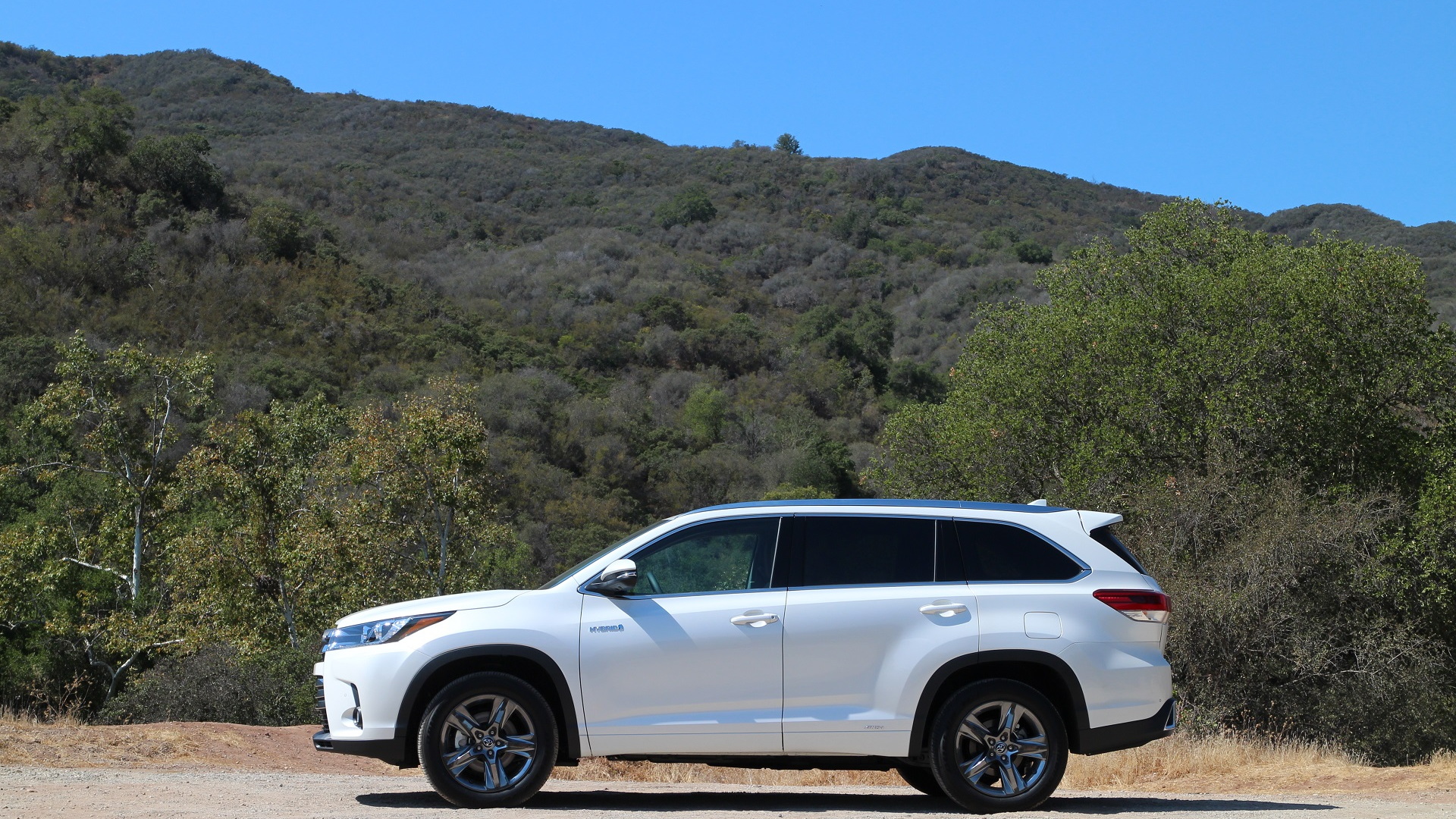 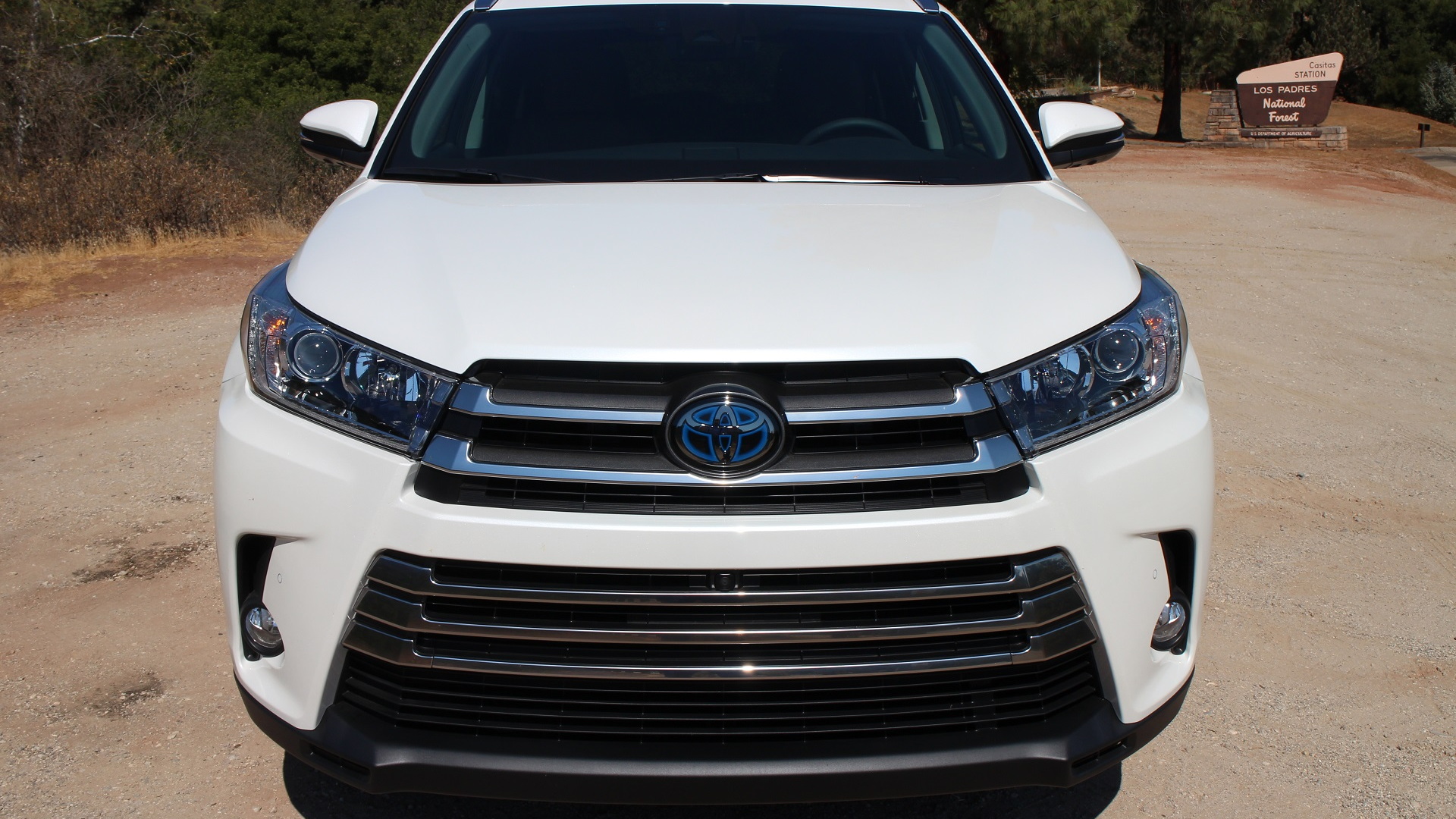 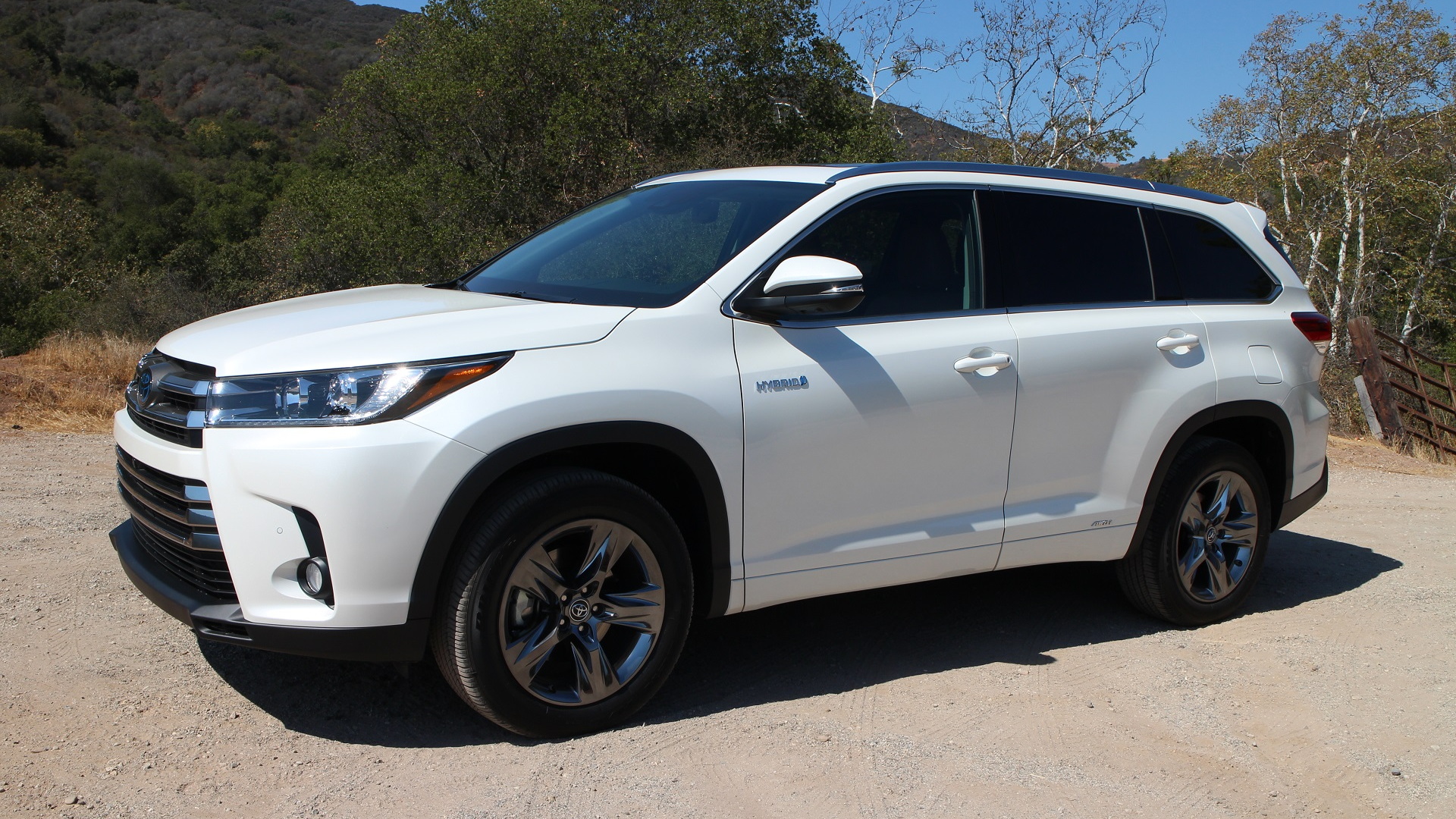 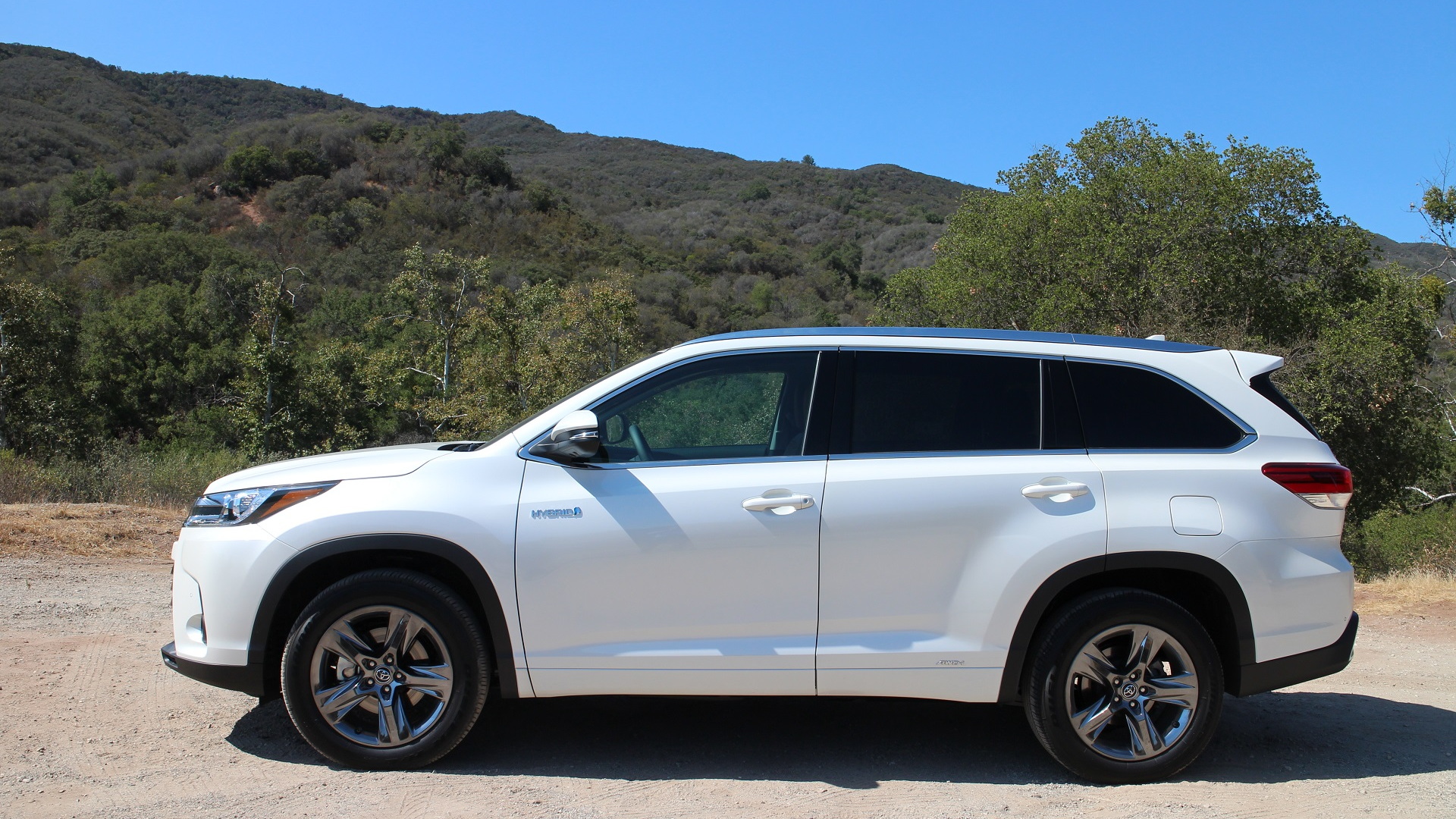 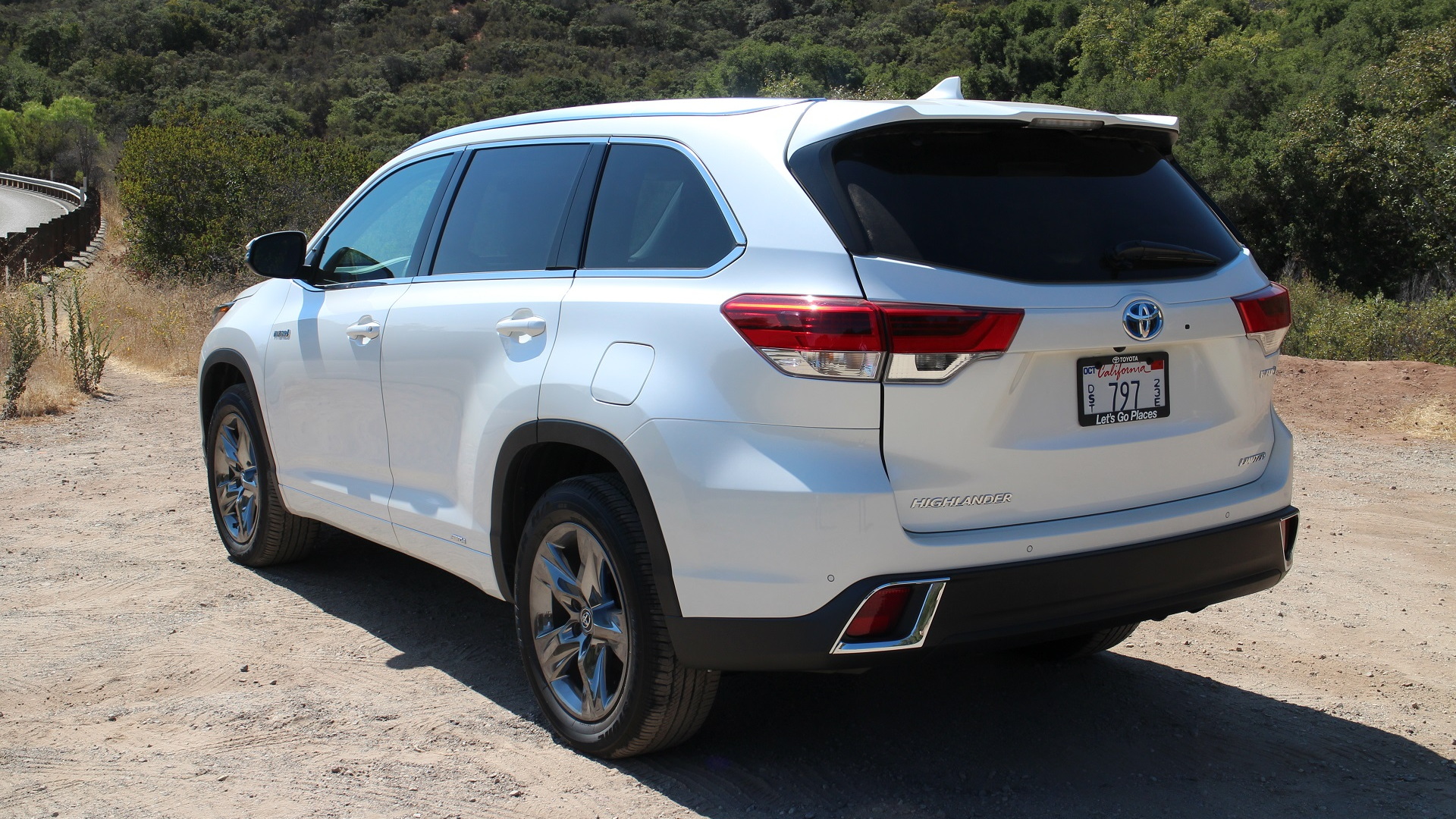 And for the 2017 model year, it's gotten some mild updates. a power increase, and a critical feature for family vehicles: a total of five USB ports.

We had a chance to spend half an hour in a new 2017 Highlander Hybrid during last month's trip to Ojai, California, to drive Toyota's new 2017 Prius Prime plug-in hybrid.

While its 3.5-liter V-6 engine has a power boost from 280 horsepower last year to 306 hp this year, its EPA fuel-economy ratings are also incrementally higher.

The base Highlander Hybrid LE is now rated at 30 mpg city, 28 highway, for a combined rating of 29 mpg, 1 mpg higher than last year.

Addition to the upper trim levels is another change for 2017, one we'd previously covered.

A final change is minimal in the extreme: Toyota no longer puts the "Hybrid Synergy Drive" badge on the big SUV. It just says "Hybrid" now.

All 2017 Highlanders, hybrid and otherwise, get what Toyota calls a "more aggressive" front end—although given the bulk of the vehicle to start with, it's likely to loom in your rear-view mirror no matter how meek or aggressive it may look.

Oh, and the Platinum trim also gets a "puddle lamp" under the driver's door handle that projects "Highlander" onto the ground as you approach it.

While conventionally powered Highlanders can get an eight-passenger option, the hybrid stays with seven seats and all-wheel drive as standard features.

Most important for families is likely to be the set of active-safety features—known by the dreadful name of TSS-P—that's now standard on every Highlander Hybrid.

That's now standard equipment on much of Toyota's 2017 lineup, the sign of an aggressive move to add safety features that have proven popular with buyers.

During our drive through the scenic hills of Ojai, we were reminded that this is what's called a "mid-cycle update," not an all-new vehicle.

Some features we remembered from our gas-mileage test of a 2014 Highlander Hybrid, others simply compared to other large crossovers we've driven.

All that said, the 2017 Toyota Highlander Hybrid is a fine vehicle for those families who need third-row seating and want more fuel efficiency.

The one caveat we suggest keeping in mind is that both anecdotal stories and aggregated data suggest the hybrid SUV will achieve something below its rated gas mileage in real-world use.