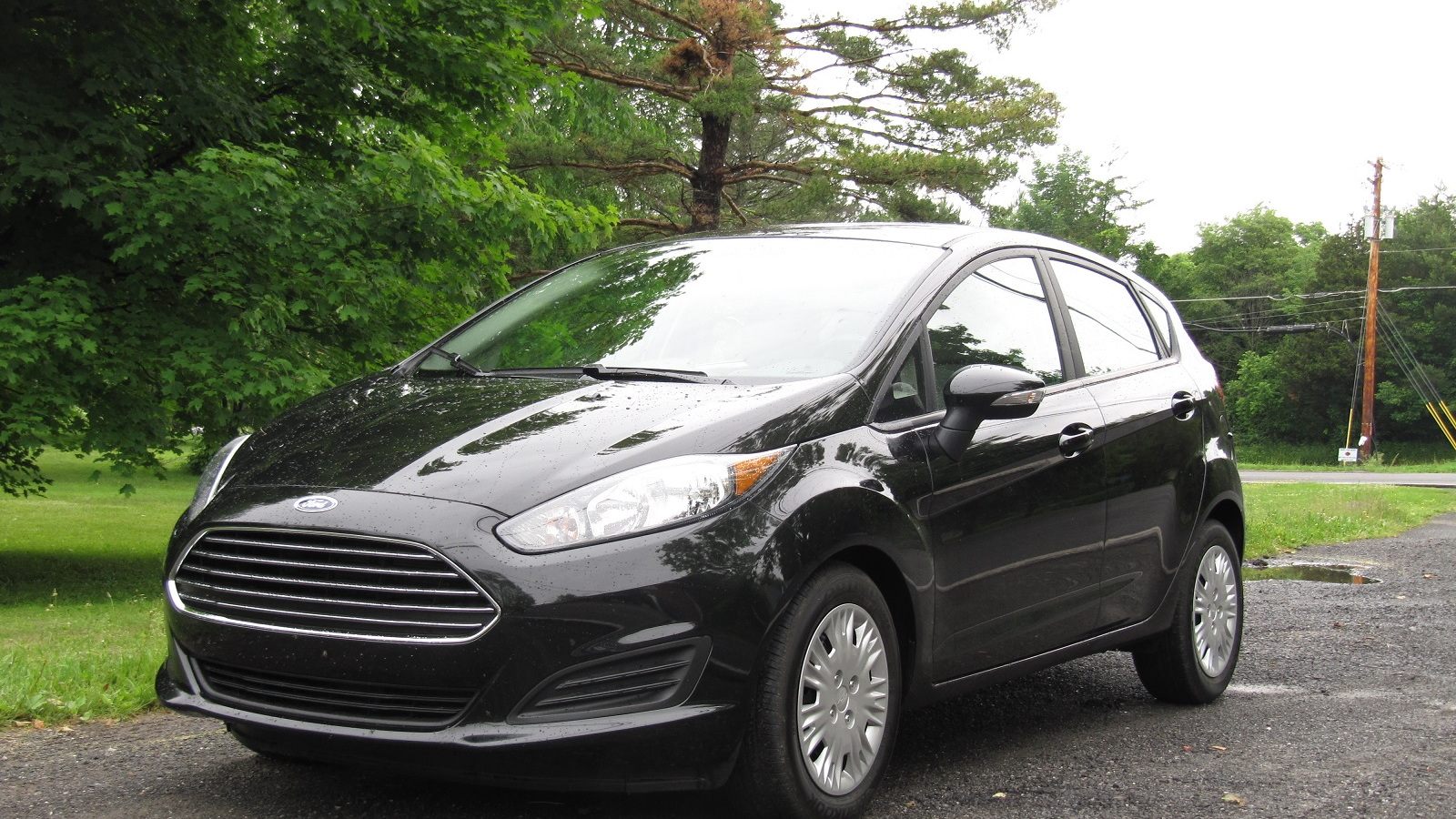 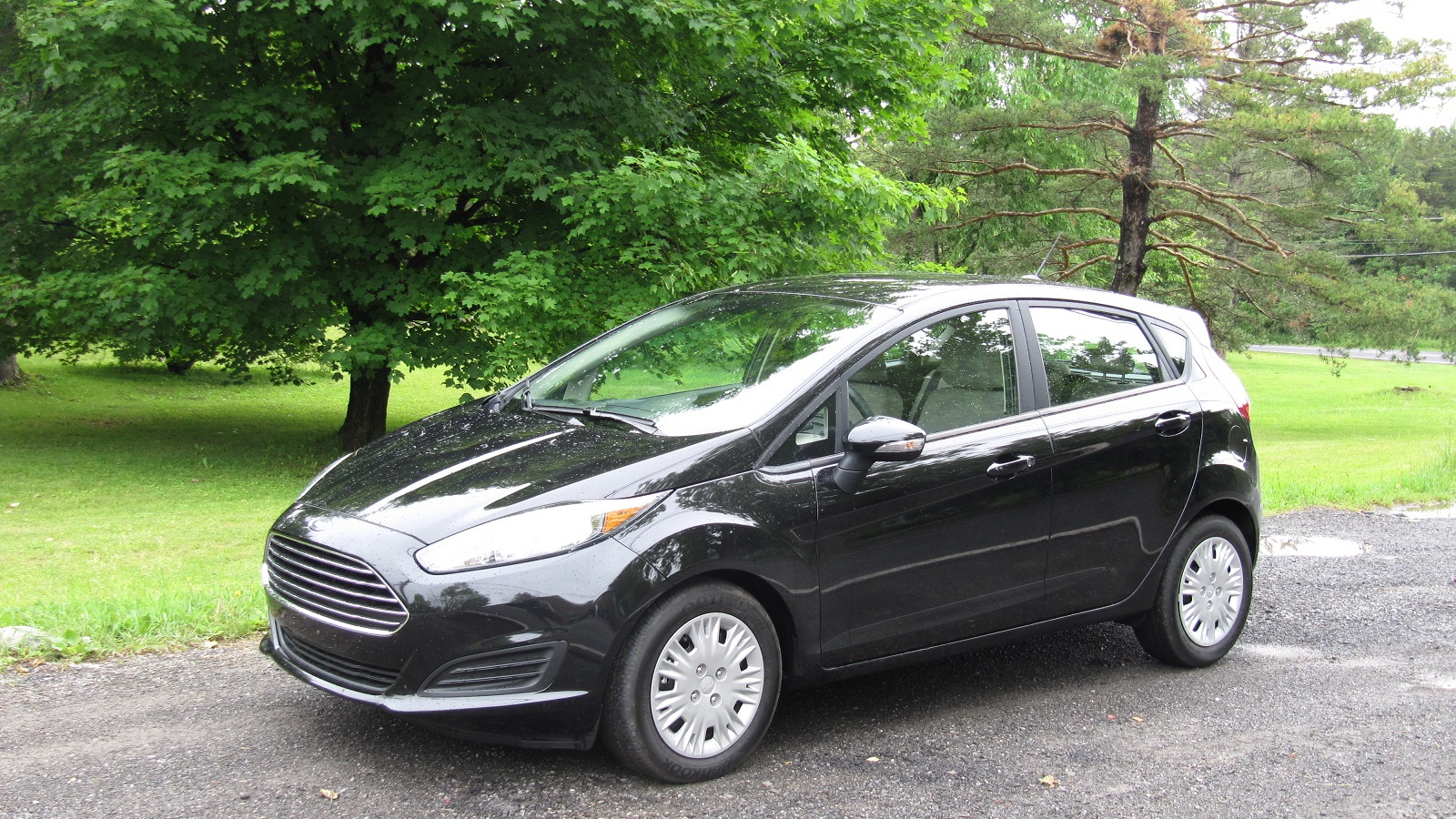 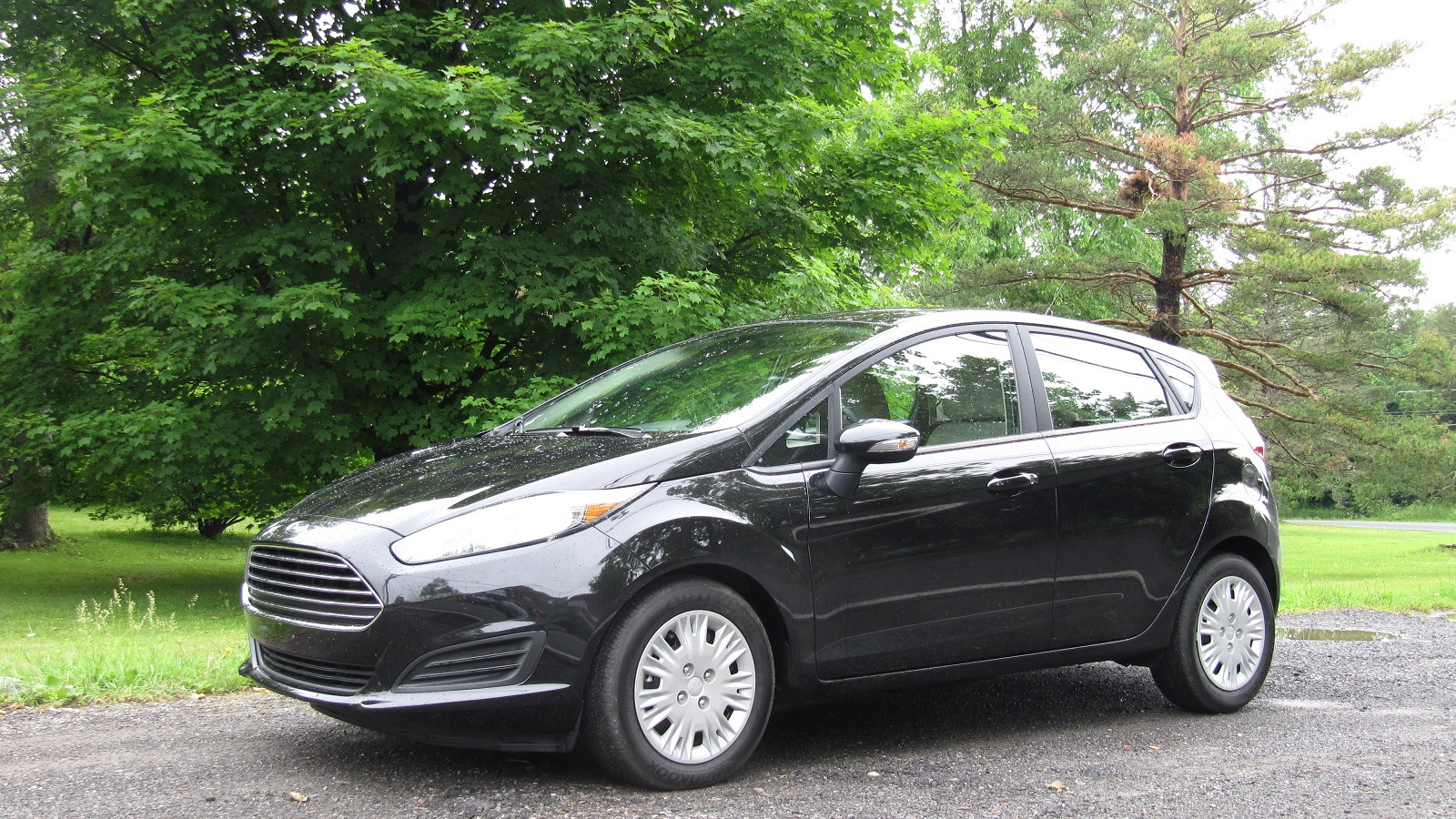 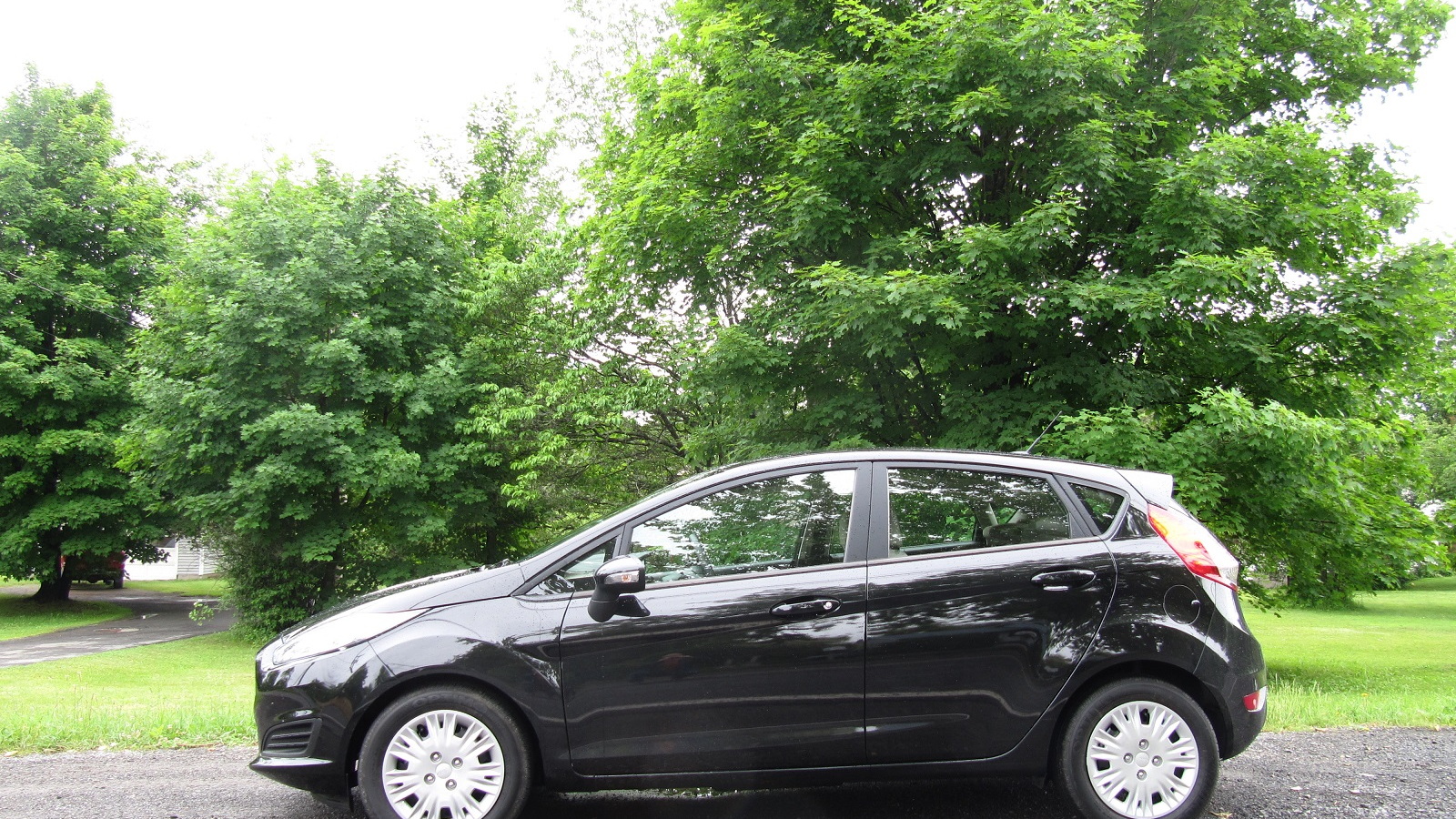 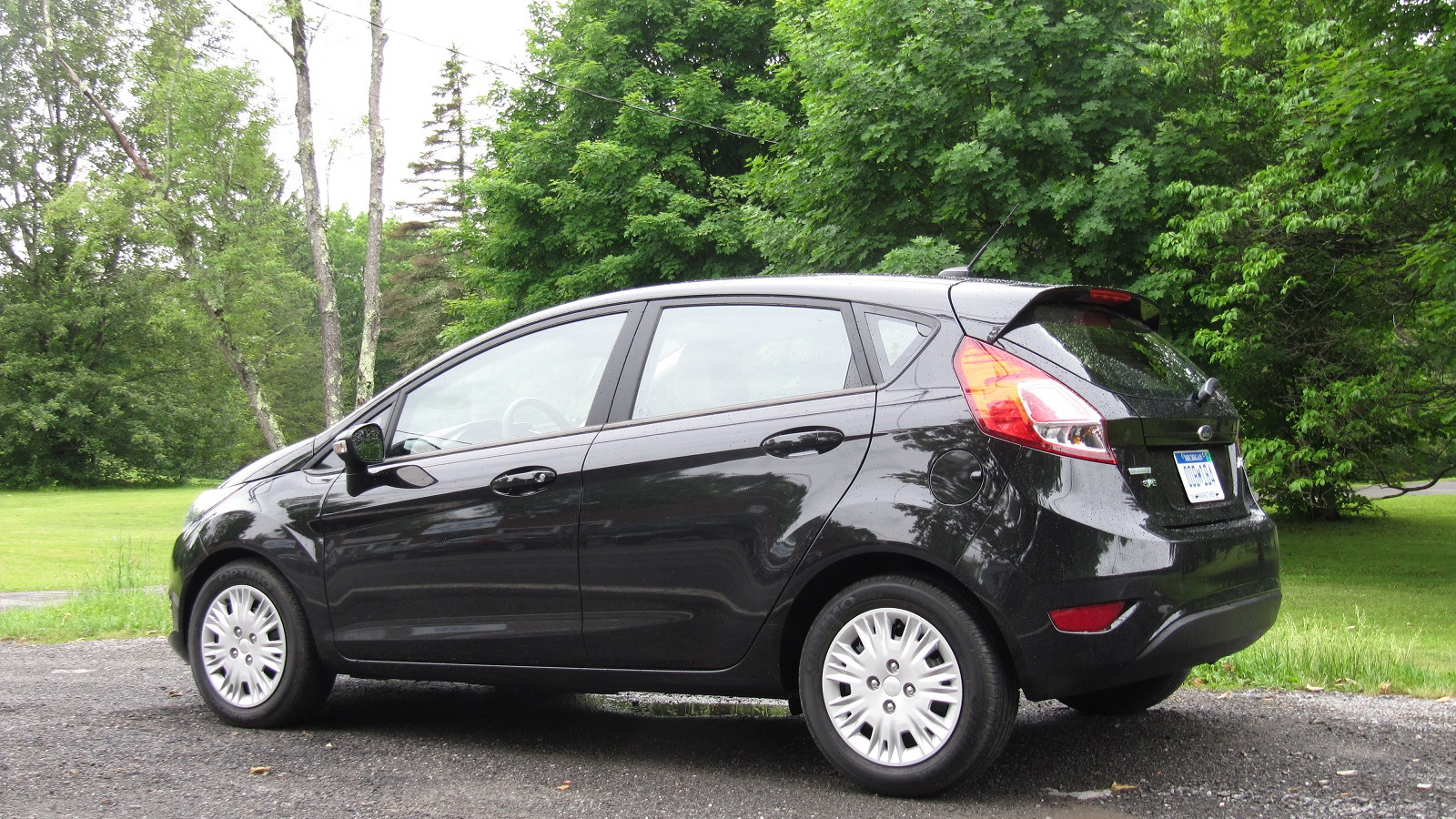 As a general rule, we like small cars, and small cars with small engines.

Eighteen months ago, when we first drove prototype versions of the 2014 Ford Fiesta EcoBoost, we knew we'd be eager to get our hands on the little subcompact with the turbocharged three-cylinder engine for a longer drive.

Now we have, and in contrast to some of Ford's larger EcoBoost cars, the 1.0-liter Fiesta delivered remarkable gas mileage: an average of 41.9 miles per gallon indicated on the car's display.

In fact, indicated fuel economy stayed between 40 and 42 mpg over 350 miles of our usual test route, which is roughly two-thirds highway and one-third around-town, stop-and-go suburban traffic at lower speeds.

The 2014 Ford Fiesta SFE with the 1.0-liter EcoBoost engine and five-speed manual gearbox (the only transmission offered with that engine) is EPA-rated at 37 mpg combined (32 mpg city, 45 mpg highway).

And despite a relatively small 12.4-gallon gas tank, the Fiesta still had a quarter of a tank left after our 350 miles--and an indicated total range of 482 miles. That's getting up into diesel-range territory.

Overall, our Fiesta EcoBoost proved to be not only fuel-efficient but also fun to drive.

We used it as we would any small car, shifting as necessary to keep up with traffic, but keeping it in high gear--and, often, using the cruise control--on longer highway stretches.

The three-cylinder has an interesting engine note that sets it apart from the otherwise indistinguishable sounds of every other four-cylinder subcompact on the market.

It's slightly irregular, though not disturbingly so, and spools up into a kind of thrumming sound as engine speed rises. If maximum power is demanded at low revs, a different kind of rumbling sound comes from under the hood--along with a noticeable lack of any increased forward motion.

And that brings home one of the truths of small engines: You may have to drive them hard, and shift a lot, to keep up with traffic.

We quickly learned to ignore the shift light, a thankfully small up-arrow in the instrument cluster that appeared to come on whenever engine revs exceeded about 2100 rpm (unless the driver's foot was off the accelerator, meaning fuel supply was cut off).

On even the slightest of uphill roads, upshifting from 2100 rpm to perhaps 1650 rpm simply eliminated the possibility of any acceleration--to increase speed, we quickly learned to downshift once, if not twice.

And driven that way, the Fiesta with the littlest engine kept up with traffic just fine.

The gearbox action is smooth, with a clearly defined shift gate that never once had us in the wrong gear. While we expected the five-speed box to be one gear short, it proved just fine, with sensibly spaced ratios that eliminated the need for a sixth gear.

There's also a hill hold for stopping on sloping roads that proved unexpectedly useful in the hilly Catskill Mountains. It's a feature we've always liked, but with so few manual-gearbox cars around, we tend to forget about it until it appears.

Inside, the "medium light stone cloth" upholstery for the SE model proved comfortable, with excellent bolstering once we got the six-way driver's seat properly adjusted.

The Fiesta is now one of the smaller entrants in the subcompact segment, and there's simply not a lot of rear-seat room, even with the driver's seat a couple of inches forward from its rearmost position. If you need an adult-sized rear seat, you'll want to look elsewhere.

The two-tone interior, with black over ivory and a few matte-silver accents, lightened the feel of the cabin considerably against an all-black Fiesta we'd driven a couple of years ago.

We're still not wild about the Fiesta's dashboard design, which was revised for 2014 with a larger standard center display screen. In the words of one passenger, it still looks like "a Darth Vader mask."

The suspension on our Fiesta felt distinctly bouncier than on earlier models, with some bobbling around corners on uneven road surfaces. We didn't test it thoroughly, but we'd suggest that Ford consider a sport suspension option for the SFE if it could be done without compromising efficiency.

We also discovered, quite by accident, that aerodynamic smoothing of the Fiesta's shape has eliminated anything that could act as a rain gutter.

Moving off into a sharp right turn after an overnight shower, water gushed down from the roof and directly through the driver's window, which was open about 4 inches--drenching the door panel, armrest, switches, carpet, and the driver's leg. This wasn't just dripping, but a sheet of water.

You pay a price for smoothing a car to overcome wind resistance, we suppose, but that hasn't happened on any other test car to date.

It also had Equipment Group 200A, which comes standard with the SE and features a variety of features including intermittent windshield wipers.

Base price of the five-door SE model was $16,080, and the optional SE Manual EcoBoost Package added $995 to that, substituting 15-inch steel wheels for the standard aluminum ones.

With a delivery fee of $795, the total bottom line on our Tuxedo Black Metallic car would have been $18,250--although because our car didn't come with a window sticker, we may be off by a few dollars or packages.

If you want a Fiesta SFE with an automatic--actually the company's PowerShift automated manual gearbox--you have to step up to the 1.6-liter four, and down to gas mileage of 34 mpg combined (30 mpg city, 41 mpg highway).

It's worth noting that the EcoBoost turbo three will be fitted to one model of the 2015 Ford Focus as well, but it will be offered solely with a six-speed manual gearbox--there will be no automatic option at all.