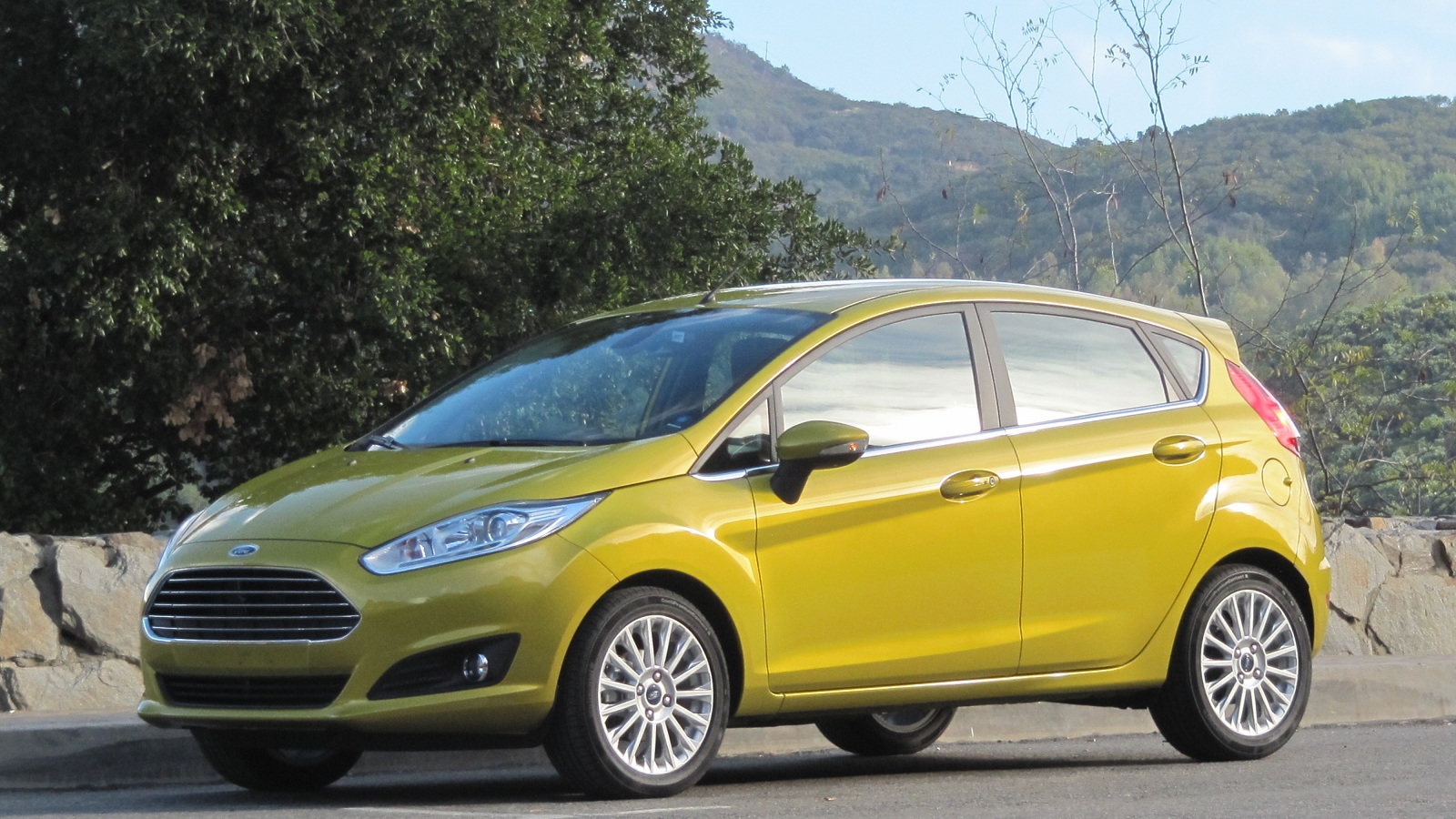 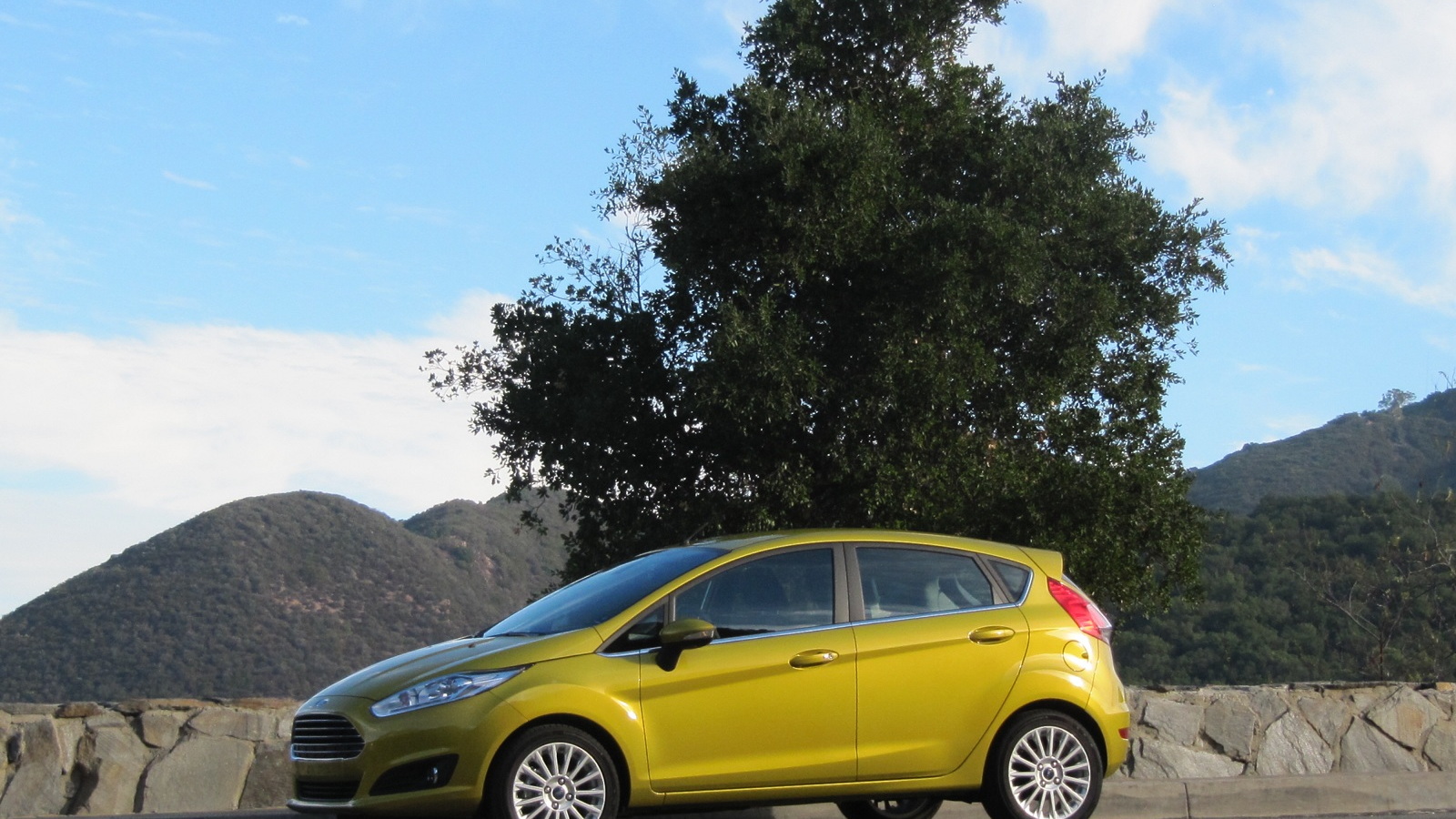 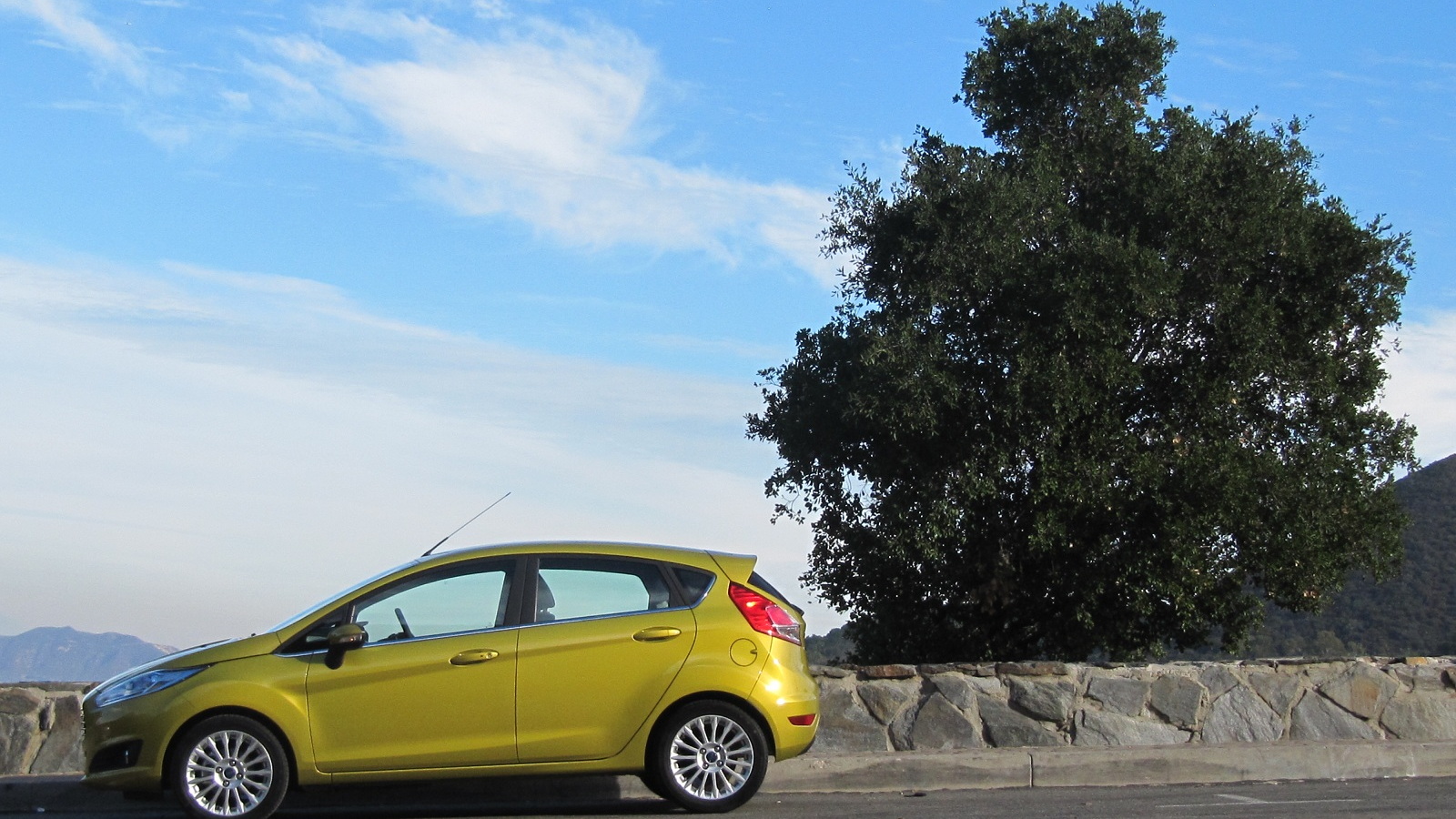 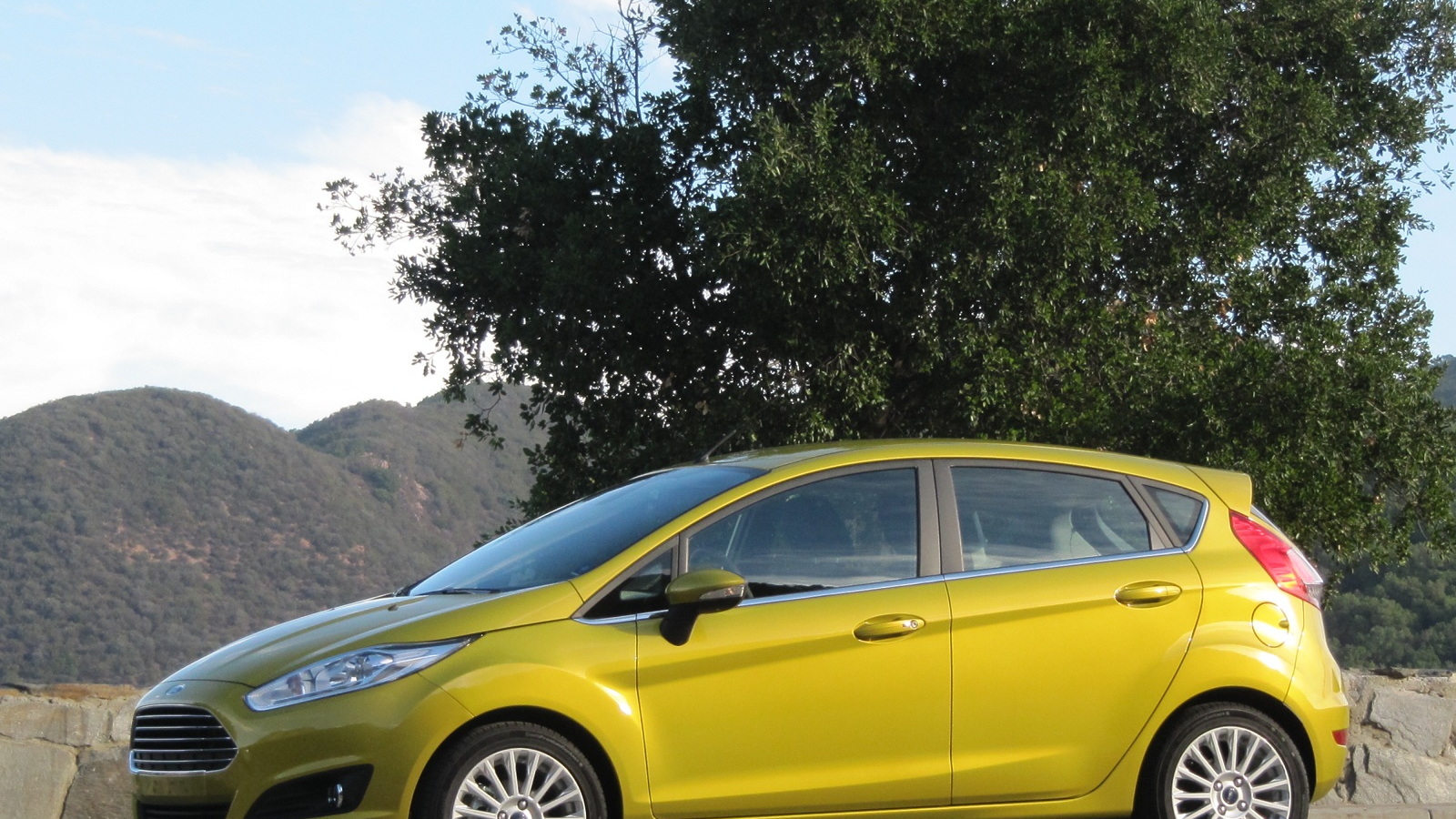 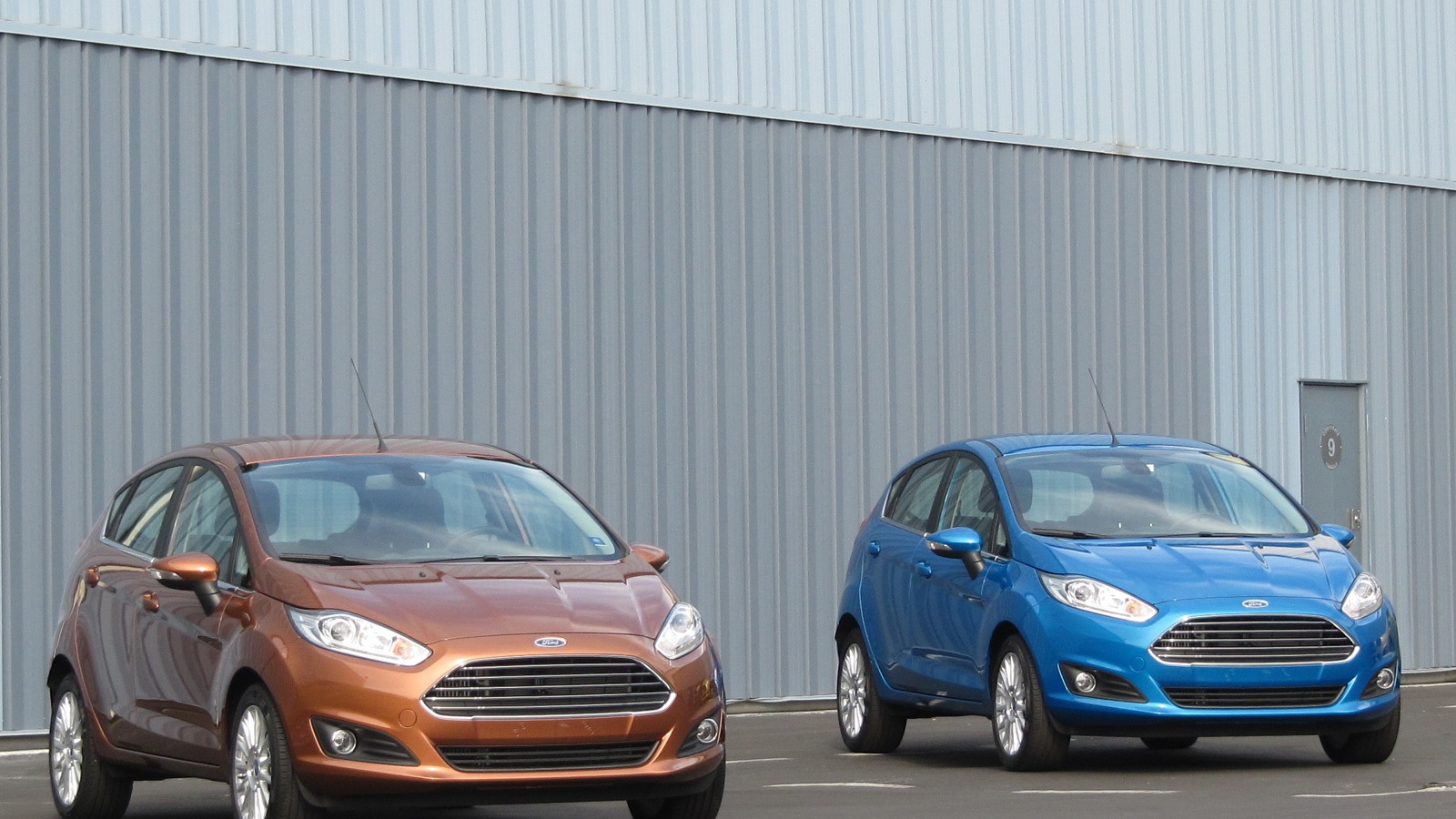 Three-cylinder cars are increasing common in Europe, but aside from the Smart ForTwo, they’re a rarity in the U.S.

That’ll change next fall, when the 2014 Ford Fiesta EcoBoost goes on sale here.

Ford has issued few projections for the 1.0-liter EcoBoost engine beyond saying it will achieve “40+ mpg,” almost surely on the EPA highway cycle.

A company engineer also said during a presentation that the Fiesta EcoBoost could “add 2 mpg to each cycle” on the EPA testing. That would translate to 31 mpg city, 41 mpg highway, for a combined rating of 34 or 35 mpg.

The 2014 Fiesta in which the three-cylinder engine will be offered also gets new front styling, a revamped interior with the latest version of the MyFordTouch connectivity system added as an option, and many other upgrades.

The EcoBoost Fiesta turns out to be a blast to drive, if you know how to use small engines to get the most performance out of them.

That means you have to rev them hard, keep the engine speed up in the range where turbo boost is available, and—essentially—drive like a European.

Over a lengthy test route of almost 120 miles, we took the spunky little Fiestas over the famed Mulholland Drive in both directions, a remarkably twisty two-lane road over the coastal foothills that has dozens of tight turns, switchbacks, and S-curves.

Driven like a hot hatch, which is say mostly in second gear with the engine between 3,000 and 6,000 rpm, the Fiesta EcoBoost scurried up Mulholland as fast as its tires and suspension could handle.

On the way down, the brakes—front discs and rear drums—proved adequate to the curves and switchbacks with major dropoffs, including many without any guard rails.

On level ground, the Fiesta EcoBoost keeps up with traffic adequately—though you’ll find stoplight drag races a bit of a challenge.

Its first gear is quite low-geared, which means you move away quickly while the engine runs up its speed and the turbo cuts in.

But unless you keep the engine turning over quickly throughout your run, acceleration falls off once engine speed drops below 3,000 rpm.

We noticed some inconsistent engine behavior in the 2,000-3,000 rpm range--as other writers had during our tests of the same 1.0-liter EcoBoost three-cylinder engine in the European-market Focus compact hatchback and wagon (here and here).

Sometimes acceleration at that engine speed would produce steady—if hardly speedy—acceleration. But other times there was little power on tap, and the car felt bogged down.

In the larger and heavier Focus, the little 1.0-liter EcoBoost engine felt "eager and responsive," but was hardly quick: Acceleration from 0 to 62 mph took more than 11 seconds.

Perhaps reflecting the challenge of moving the heavier car, the torque peak of the EcoBoost three in the larger Focus came at just 1,400 rpm--an "almost diesel-like" power curve--versus the much, much higher 4,000 rpm that Ford quotes for the three-cylinder Fiesta.

Up with the Fiesta

Overall, the 2014 Fiesta EcoBoost reminded us somewhat of another three-cylinder car we recently drove: the Volkswagen Up minicar, which isn’t coming to the States. It too has a 1.0-liter three-cylinder engine mated to a five-speed manual gearbox.

The Up's three, though, isn't turbocharged and puts out a mere 75 hp. That proved to be enough to move the little car satisfactorily.

The Fiesta is one car segment larger and almost 400 pounds heavier—Ford says the curb weight of the European Fiesta 1.0-liter is 2,427 pounds—but it too has a small, hardworking engine in a small car with good handling that’s rewarding to drive.

But the Up and the Fiesta EcoBoost together reminded us of the fun of driving small cars hard.

That’s a pleasure more U.S. buyers will come to enjoy, as engines get smaller and more efficient to meet increasingly stringent fuel-economy regulations in the years to come.

One of the challenges of the inherently unbalanced three-cylinder configuration is that it can sound rough and noisy.

Ford has added internal counterweighting to smooth out some of the vibrations—essentially moving them from the vertical plane to the horizontal plane, where carefully designed engine mounts can absorb some of the roughness.

Running up its range, we didn’t find engine noise particularly obtrusive until turbo boost came on. At that point, the turbo three developed a pleasantly mechanical sound.

The EcoBoost Fiesta, in fact, is the first car we’ve ever been tempted to describe as “thrummy”—which is as close as we can get to describing the sensation of driving it energetically.

We didn’t try to get real-world gas mileage readings, for two reasons.

First, the cars we were driving were prototypes based on European-model Fiesta hatchbacks.

That means Ford may make equipment changes before they go on sale that could affect their efficiency—different axle ratios, for example. So it didn’t make sense to test non-production prototypes for efficiency.

Second, we drove the cars far harder than most drivers will, and would likely skew any recorded gas mileage downward.

Our European test cars came in a choice of three striking, vivid colors: Candy Blue (a metallic turquoise shade), Copper Pulse (an unusual brown-ish copper), and Hot Mustard (pretty much what it sounds like).

And they made a striking noise from a vantage point high up Mulholland, as we watched a trio of test drivers racing up the switchbacks.

As well as a visually stunning (if narratively baffling) David Lynch movie, Mulholland Drive is the place where carmakers show off their sporty new cars on media drives during the Los Angeles Auto Show week.

During two days of driving Mulholland—including in a Tesla Model S, one of six Green Car Reports’ 2013 Best Car To Buy candidates—we met cars from the 2013 VW Beetle Convertible test drive coming down the hill as we were photographing our Fiesta.

The Beetle drivers had the advantage of open-air motoring in the warm California sun, but in a much larger car. We had our spirited little Fiestas. We’d call it a draw for enjoyment.

Now the big question will be where the EPA ratings come in, and how they compare to what 2014 Ford Fiesta EcoBoost owners get in real-world driving.

That’s a cause for some concern, in that Ford’s new hybrid 2013 C-Max and Fusion models aren’t matching their EPA ratings in real-world use by at least a significant portion of their drivers.

There's also some indication from European drivers that the real-world gains from the smaller engines are lower than their ratings.

But to see how it pans out in the U.S., we’ll have to wait until next fall, when the first 2014 Ford Fiesta EcoBoost models will reach dealers.

The 1.0-liter EcoBoost three will be available in both the Fiesta five-door hatchback and the Fiesta four-door sedan.

Ford hasn’t said anything about pricing, but its press release dropped a substantial hint that the more efficient engine might be a $995 option. This year’s Fiesta sedan carries a base price of $13,995, including delivery, with the hatchback starting at $14,995.