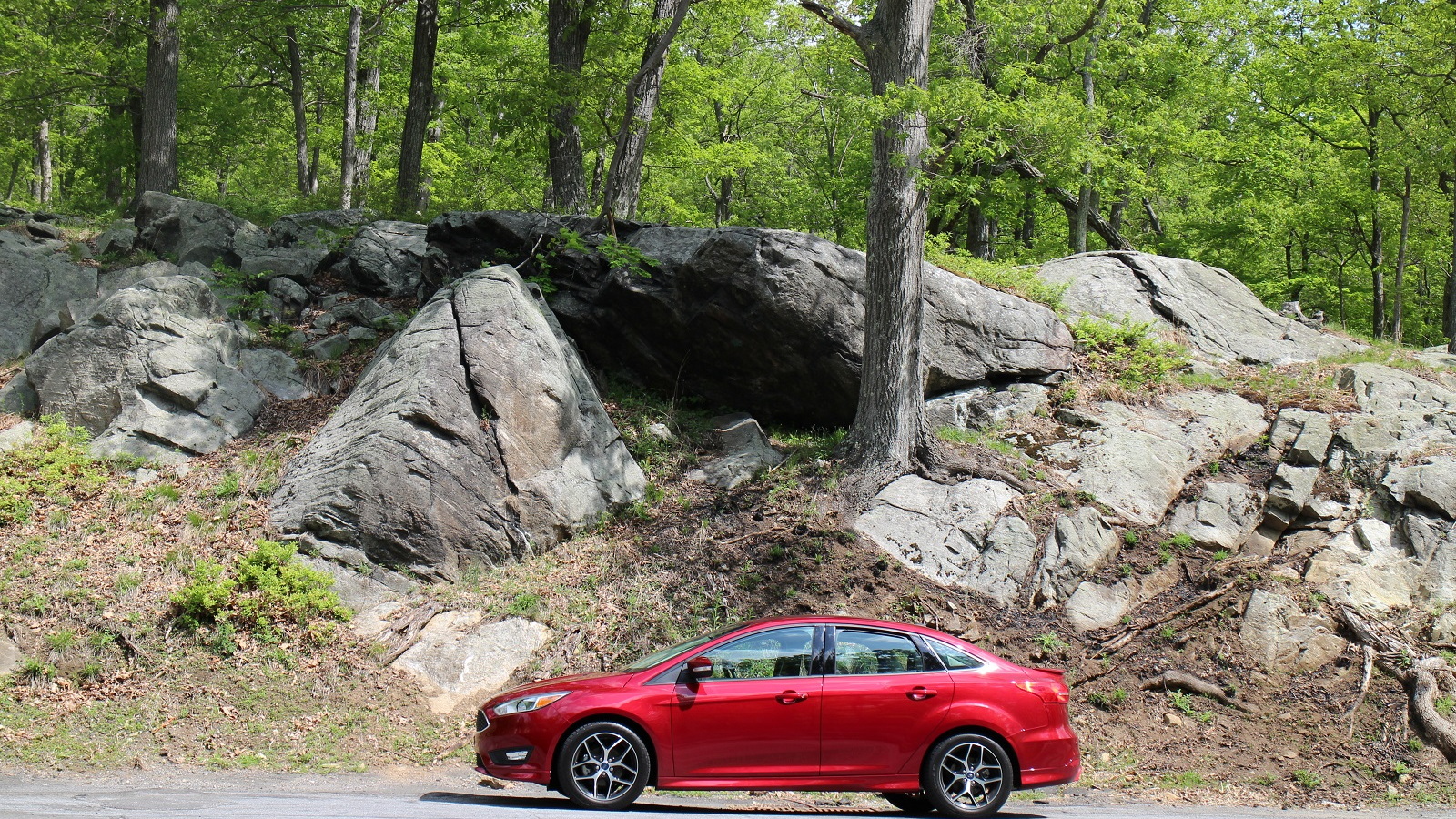 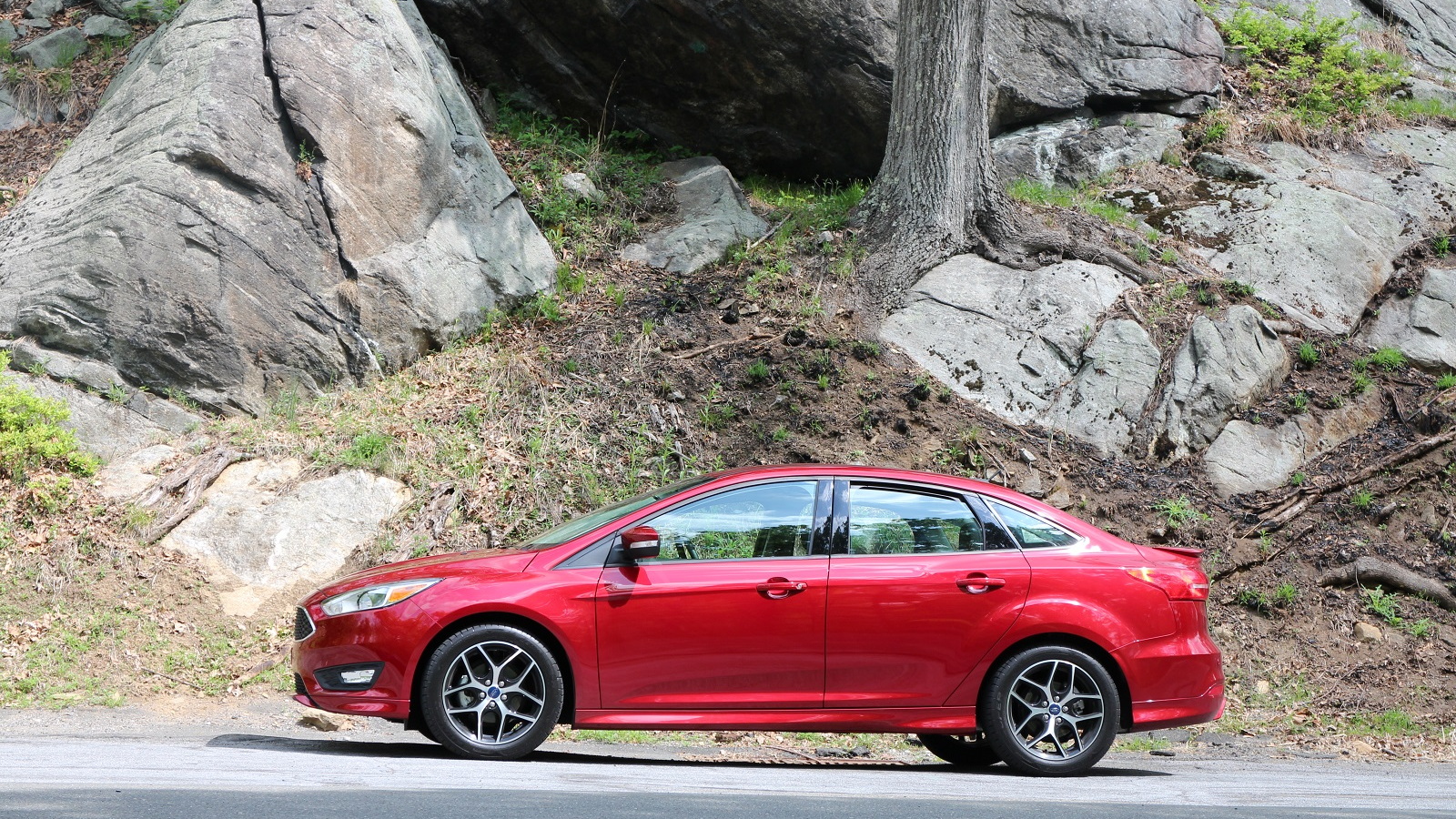 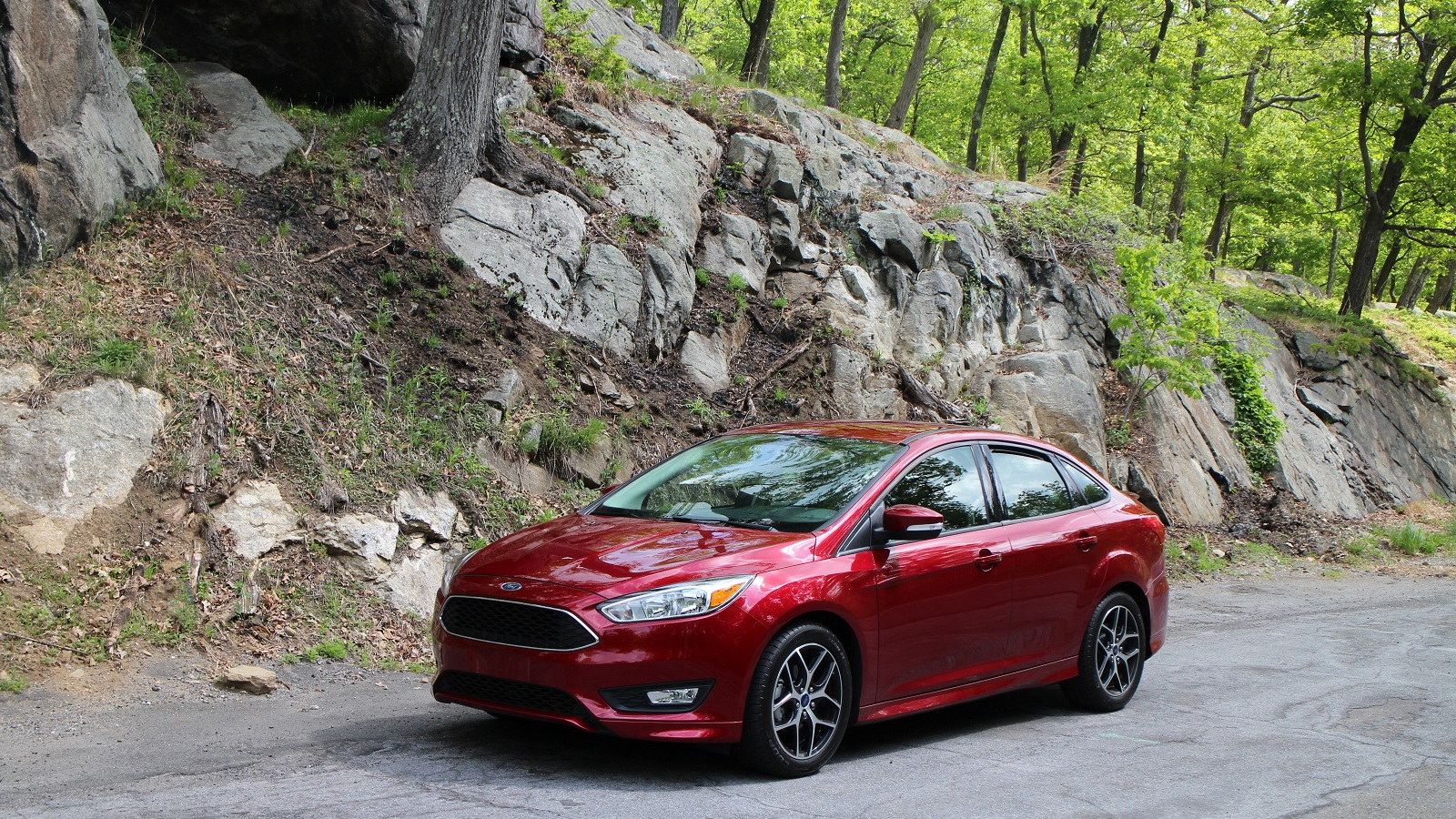 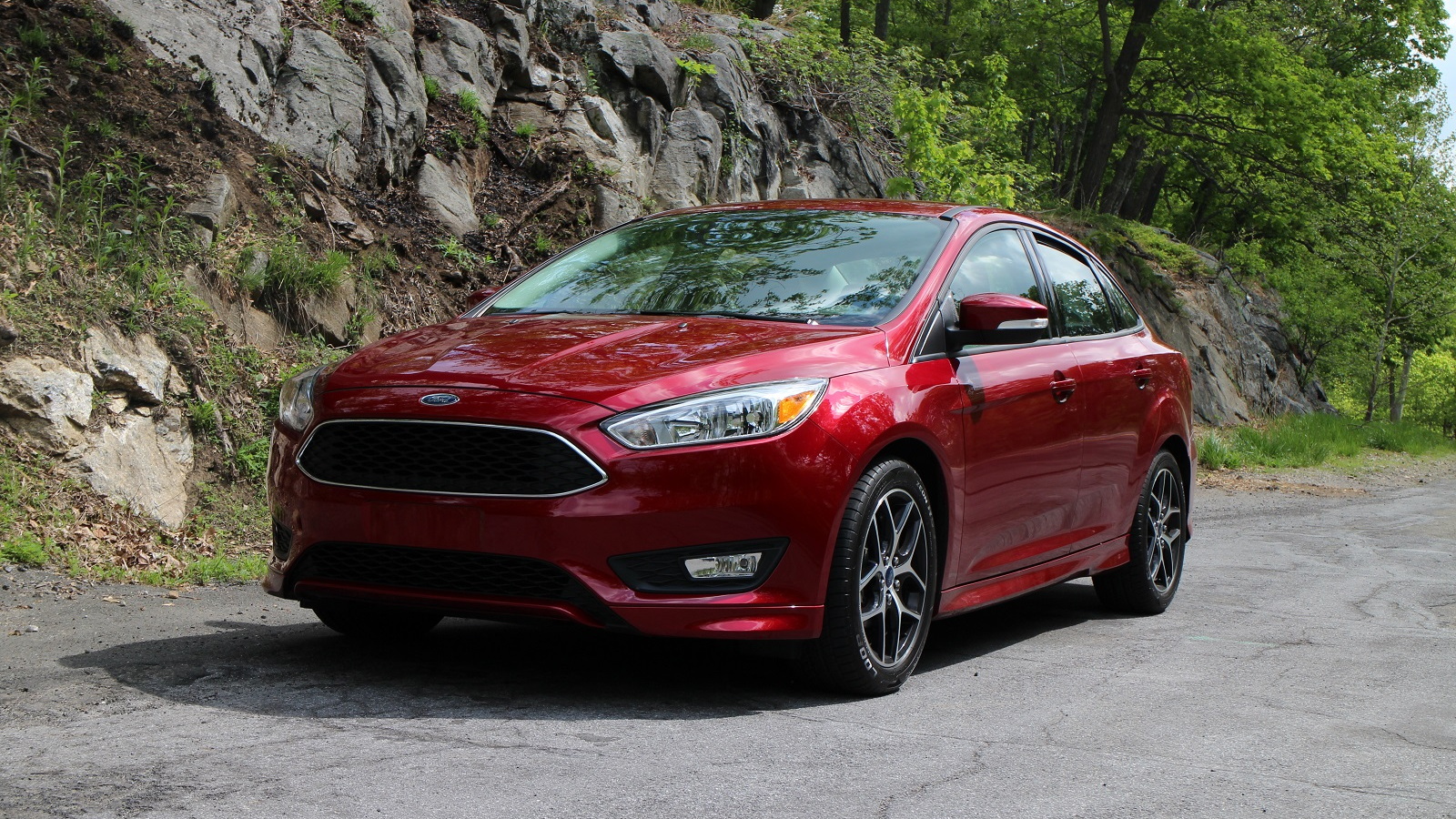 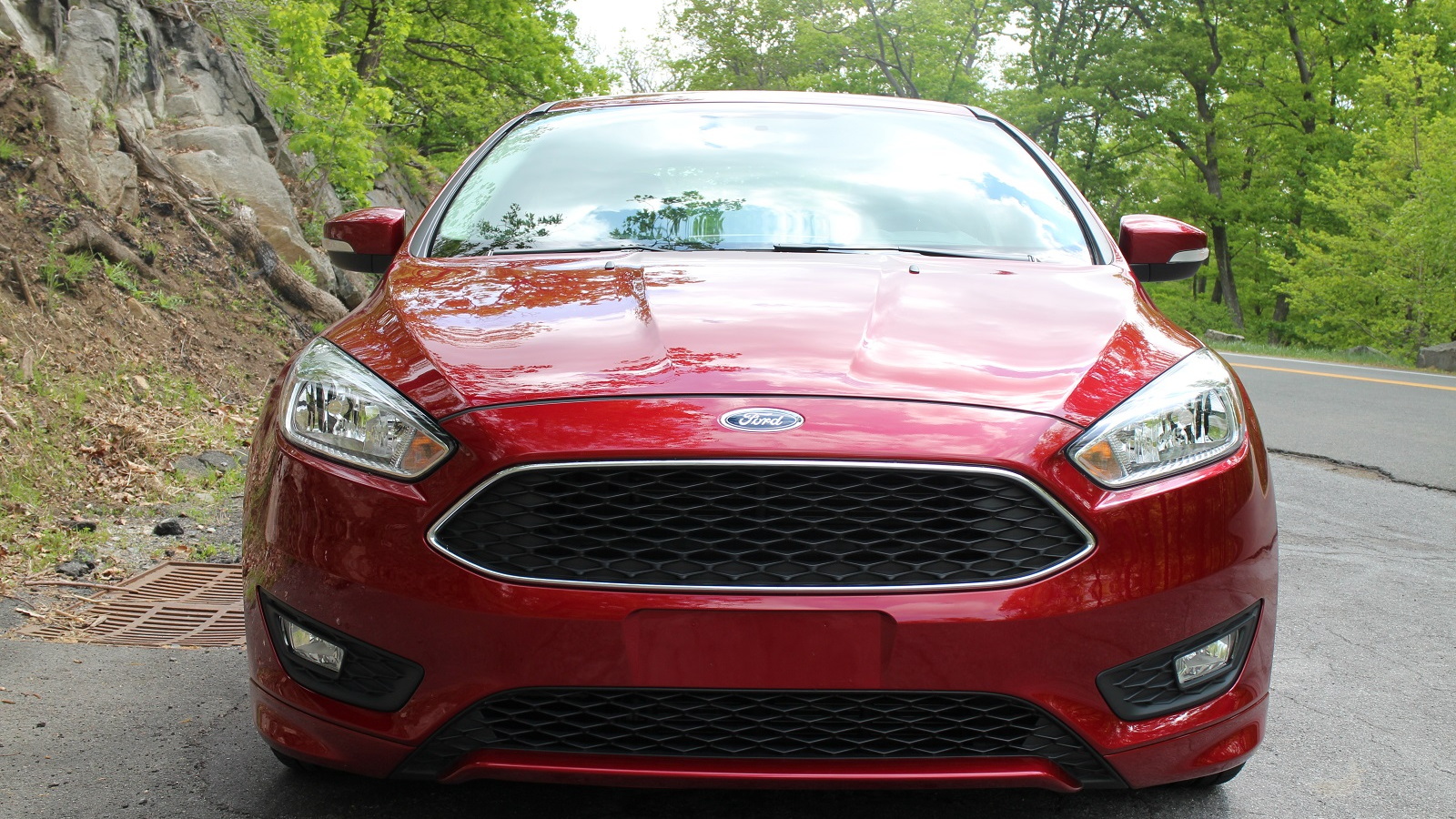 The 2015 Ford Focus EcoBoost may be the most European car Ford sells in the U.S.

It's fun, but not fast. It handles well, and has a small engine that requires energetic use of the manual gearbox to keep up with traffic.

That all means that very few U.S. buyers will ever consider it, since fewer than one in 10 vehicles are now sold with a manual transmission.

And that's a shame, because once you learn how to drive it, the Focus compact sedan with the little 1.0-liter turbocharged three-cylinder engine is fun--and probably quite fuel-efficient.

We hope to do a longer test on the car soon, as our brief drive was confined to half an hour around the scenic roads of Bear Mountain State Park, New York.

Early impressions are that the little turbo three has to work harder in the heavier Focus than it does in the subcompact Fiesta we tested a year ago.

That car, rated at a combined 37 mpg by the EPA, gave us almost 42 mpg on our usual test cycle of about two-thirds highway, one-third around-town and suburban driving.

The 2015 Focus with the EcoBoost option is rated at 33 mpg combined (29 mpg city, 40 mpg highway), which is 2 mpg better than the next-best Focus with the standard 2.0-liter gasoline four-cylinder engine.

But it's not as high as the Focus SFE, the special high-efficiency model of the three-cylinder Focus, which is rated at 35 mpg combined (30 mpg city, 42 mpg highway).

On our few miles through the hilly winding roads of New York's Shawangunk range, we couldn't get any useful information of fuel efficiency.

But we did come away with a handful of driving impressions that left us eager to spend more time with the three-cylinder Focus.

Entering the car, it's relatively plain: The cloth interior is all-black, the console bin lacks a sliding top that would extend it enough for the driver's right elbow, it still starts with a conventional key, and there's no auto-up on the driver's window.

From behind the wheel, we observed that:

If you're planning on using the EcoBoost Focus in stop-and-go traffic, however, you'd better be prepared to do a lot of gear-shifting.

That is, you need to be willing to drive like a European.

One concern we have is the price of this highest-mileage Focus, however.

A base-level Focus SE starts at about $18,500, but the three-cylinder EcoBoost package on the 2015 Focus costs an additional $1,495. (It also includes some aerodynamic body add-ons, including a rear spoiler, fog lamps, and 17-inch alloy wheels.)

Our car also had a $695 Cold Weather package, consisting of heated seats, steering wheel, and mirrors, plus all-weather floor mats, and a $255 Reverse Sensing system.

We suspect few people will pay $1,500 extra for a smaller engine that boosts 31 mpg combined to 33 or 35 mpg combined.

Which may mean that the EcoBoost Focus will be restricted to those few buyers who enjoy "rowing their own."