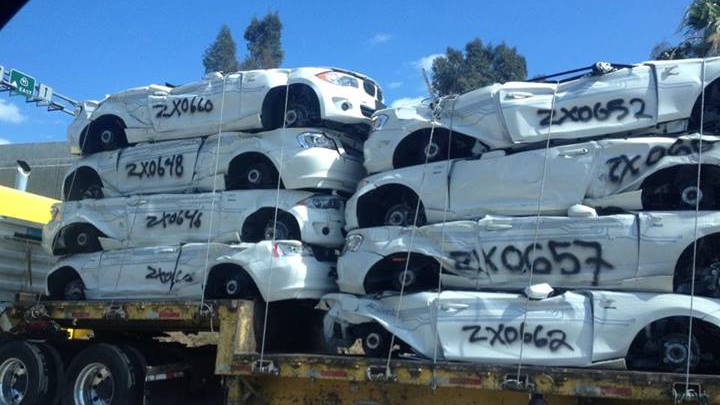 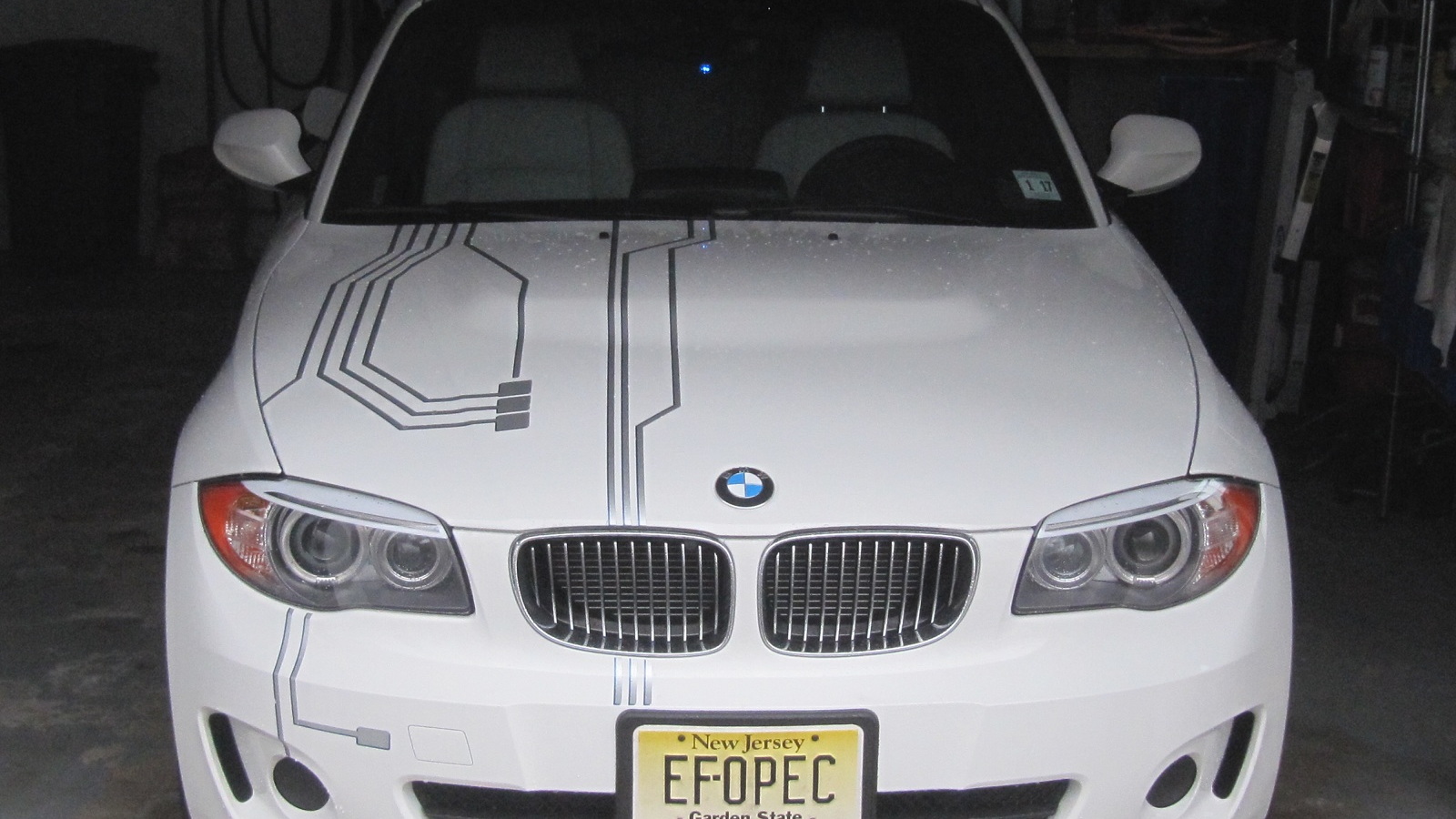 Just two weeks ago, drivers of the BMW ActiveE fleet of electric test vehicles were delighted to see that their cars would have a second life.

BMW announced that it would redeploy 80 ActiveE electric cars to its DriveNow car-sharing program in San Francisco.

But then, yesterday, a photo appeared on Facebook that underscores the fate--sooner or later--of all low-volume electric cars in lease-only programs.

The photo posted by a member of a BMW ActiveE forum showed, very simply, eight ActiveE cars that had been crushed.

There were 16 altogether, he wrote, and he attributed the photo to a coworker who'd snapped it on California Route 91, east of Los Angeles.

For some historical context, we reached out to electric-car advocate Chelsea Sexton, a central figure in the documentary, Who Killed The Electric Car?

That movie included footage of dozens of crushed General Motors EV1 electric cars, which GM had taken back at the ends of their leases and destroyed--a decision that then-CEO Rick Wagoner later said was the worst one he ever made.

What happened to the ActiveE fleet "is standard industry practice for these types of programs, yes," said Sexton.

"Still, one would hope lessons had been learned" from the EV1 debacle, she added. Adverse publicity associated with its destruction of zero-emission cars much loved by their drivers later cost GM dearly in its efforts to portray itself as a socially responsible carmaker.

And, she said, the crushed BMW ActiveE cars bear eerie resemblances to what happened 10 years earlier.

"it's all very déjà vu," she said, "right down to the DriveNow promotion as a don't-look-behind-the-curtain distraction--recall GM touting EV1s being donated to museums and universities?--and VINs spray painted on the sides, allowing former drivers to identify their own cars."

To be fair, however, BMW used the ActiveE fleet as a testbed for the electric car it's now selling (not just leasing) in far greater numbers than either its MINI E or ActiveE population.

That's the 2014 BMW i3, now on sale in both its battery-electric and range-extended versions. And many ActiveE drivers have in fact bought or leased BMW i3 cars, or will soon when their leases expire.

The largely happy drivers of the Honda Fit EV compliance car, however, have no known plug-in car from Honda to look forward to.

That company, along with Toyota, has reiterated its belief that hydrogen fuel-cell cars are the better zero-emission vehicle technology.

So to those few people who actually bought--not leased--their Chevy Spark EV, Fiat 500e, and Toyota RAV4 EV compliance cars, the photo above should underscore that unlike the ActiveE drivers, they can continue driving their electric cars as long as they like.

Meanwhile, Sexton concluded, "BMW should have been smarter about it."

[UPDATE: BMW spokesman Dave Buchko later released a statement to InsideEVs. While we can't reproduce the entire statement, it says in part:

As prototypes, the BMW ActiveEs may not be resold. Based on increasing demand, the most well-cared-for cars have been deployed to bolster the fleet of Drive Now, BMW’s car-sharing service in the San Francisco Bay Area, for a limited period.

The total number of BMW ActiveEs in the Drive Now Fleet totals 150. Some have also been returned to Munich for additional research markets.

Legal requirements make it impossible to keep these cars on the road in the U.S. indefinitely. Recycling of the vehicles locally is the most sustainably responsible means of handling the cars that are being taken out of service.

To read the entire statement, see the linked article.]