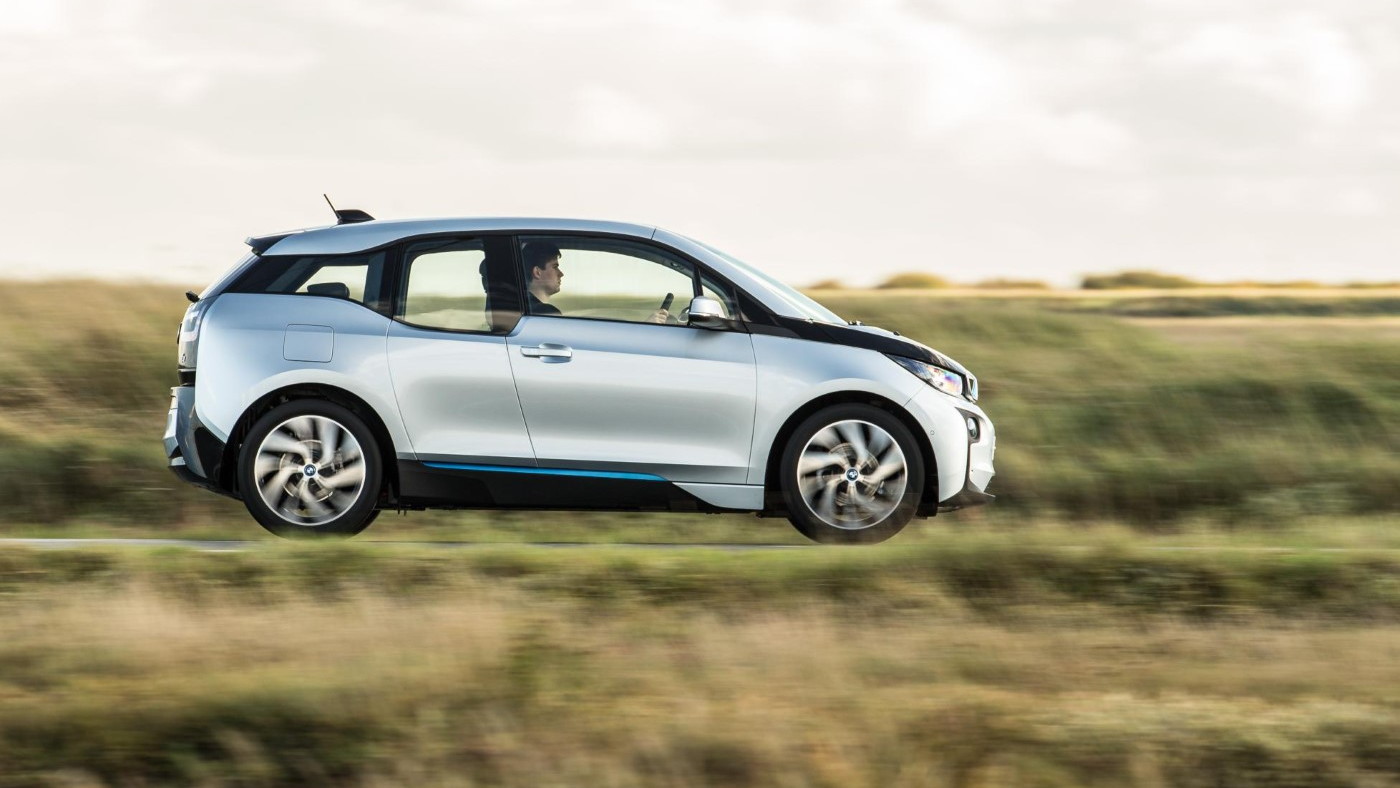 Every time I visit a conventional car dealership to test-drive an electric car, I'm  struck by the salesman's lack of savvy about plug-in cars.

The first time I drove a Chevy Volt three years ago, the salesman barely knew how to turn the car on, and had no clue about electric cars in general. The Nissan salesman showing me a Leaf wasn't much better.

First delivery of 2014 BMW i3 electric car, to Tufts professor Charles Rabie in Boston, May 2014

A couple of months later, at another dealer, the guy who sold me my Volt was at least aware of such exotic concepts as regenerative braking and maximum torque at 0 rpm. But it was clear that I was still far better informed about the Volt than he was.

Visiting a Tesla Store was an entirely different experience--and the 2013 Tesla Model S I finally bought was delivered to my house by the company, one of many remarkable differences between Tesla's approach to sales and service and those of conventional dealers.

Sadly, after a recent test drive in a 2014 BMW i3 at a nearby dealership, I've concluded that the sad state of affairs at regular dealers hasn't changed a bit.

The salesman who showed me BMW's first-ever electric car on sale had never driven it. Nor had he received any training specific to the i3. ("One of the managers went to a factory class on it," he told me--but that manager was nowhere to be found.)

Together, we managed to figure out how to turn the i3 on. While I drove, he fiddled with the controls for the central screen, and eventually found a readout for the cumulative energy usage on the test drive.

At the end of the drive, I commented that the efficiency wasn't as good as I'd expected--about the same as my Tesla, which weighs roughly a ton more than the i3.

He replied that this particular car was just off the trailer and had literally zero miles on it. It would probably do better, he added, once the electric motor was broken in.

That is, of course, a fallacy: The efficiency of gasoline and diesel engines may improve marginally once they have a few thousand miles on them, but that does not apply to electric motors.

To be fair, he was a nice, earnest kid doing the best he could--but I felt bad for him.

How could his employer and parent company put him in a situation where he was so far out of his depth?

One Canadian BMW dealer was so desperate for i3 knowledge that it hired New Jersey electric car blogger Tom Moloughney to fly to Toronto and brief his salesmen.

Moloughney, a tireless e-car advocate who's probably driven more electric miles in MINI E and BMW ActiveE test cars than anyone else on the planet, spent a full day conducting three training sessions for the dealer's staff.

This, mind you, despite BMW's "Genius" program of experts at dealers who are intended to help explain the technical intricacies of the i3 and other BMWs.

Moloughney said he's been contacted by several of BMW's so-called Geniuses, pleading for help in understanding even the most basic principles of electric cars.

One Genius, reports Moloughney, said his i3 training was so inadequate that he felt like he was walking into the showroom blindfolded.

My i3 test-drive experience only confirms this impression.

If BMW expects to sell i3s to people other than well-informed early-adapters, it needs to make some changes. Fast.