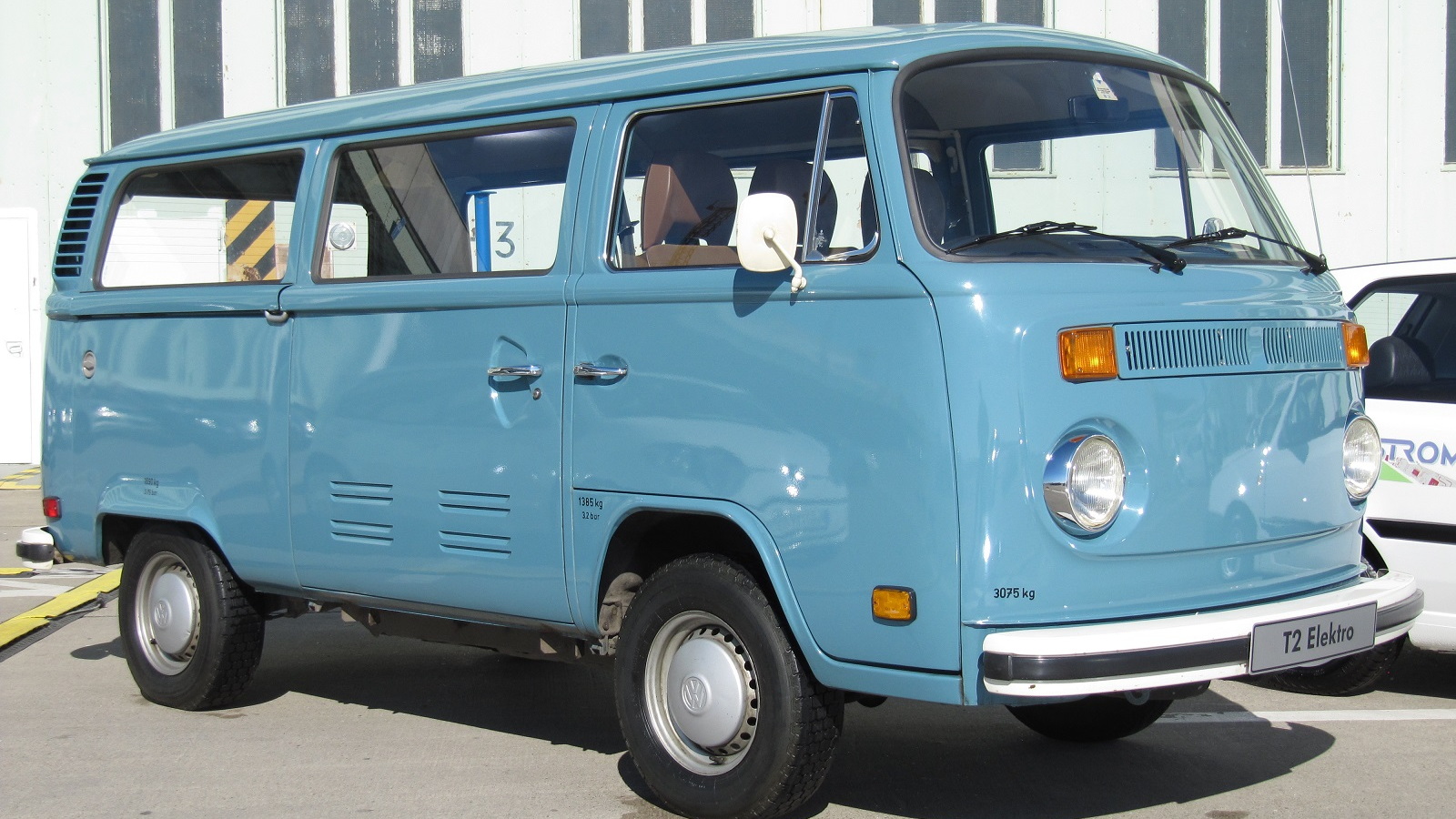 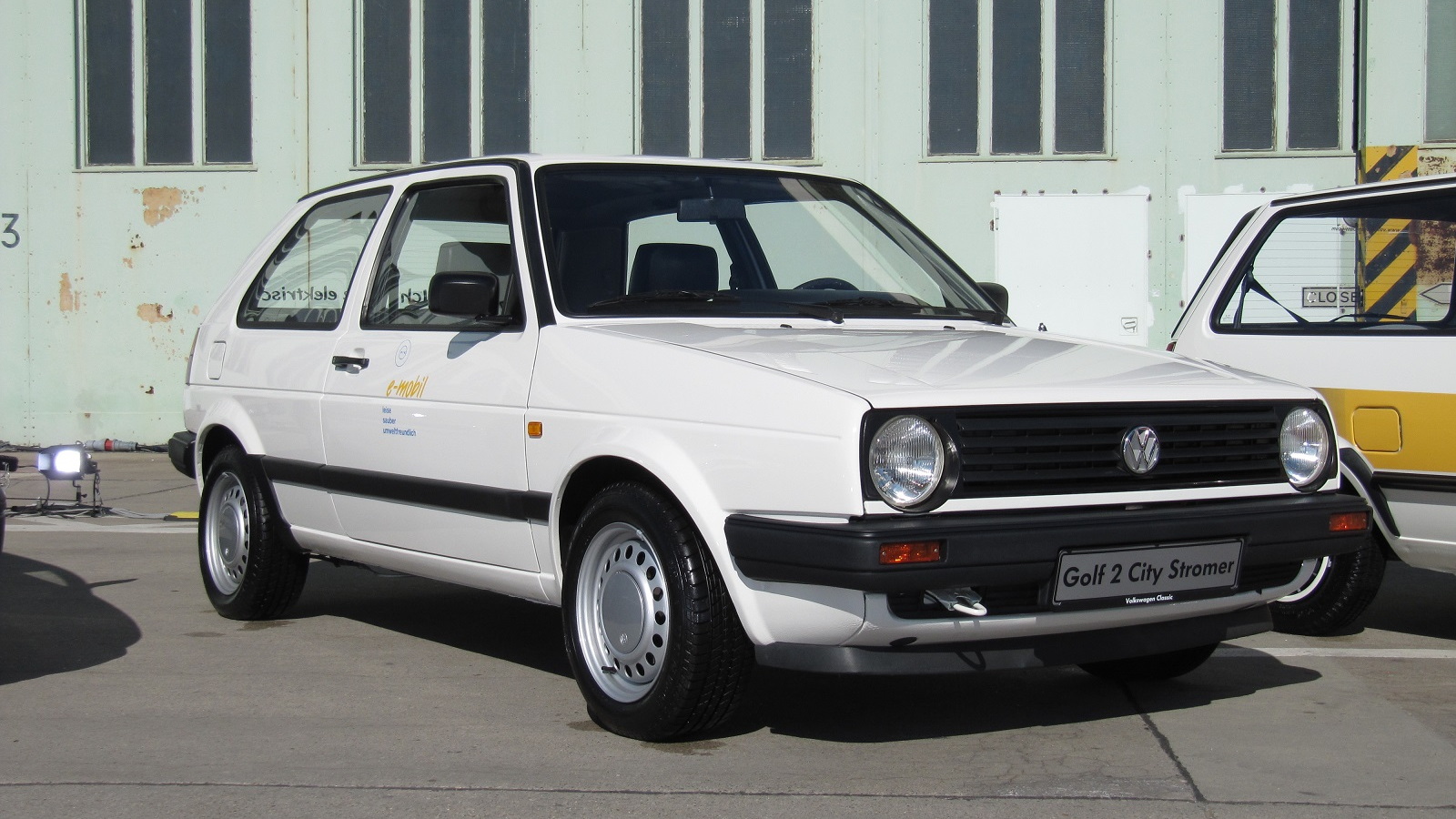 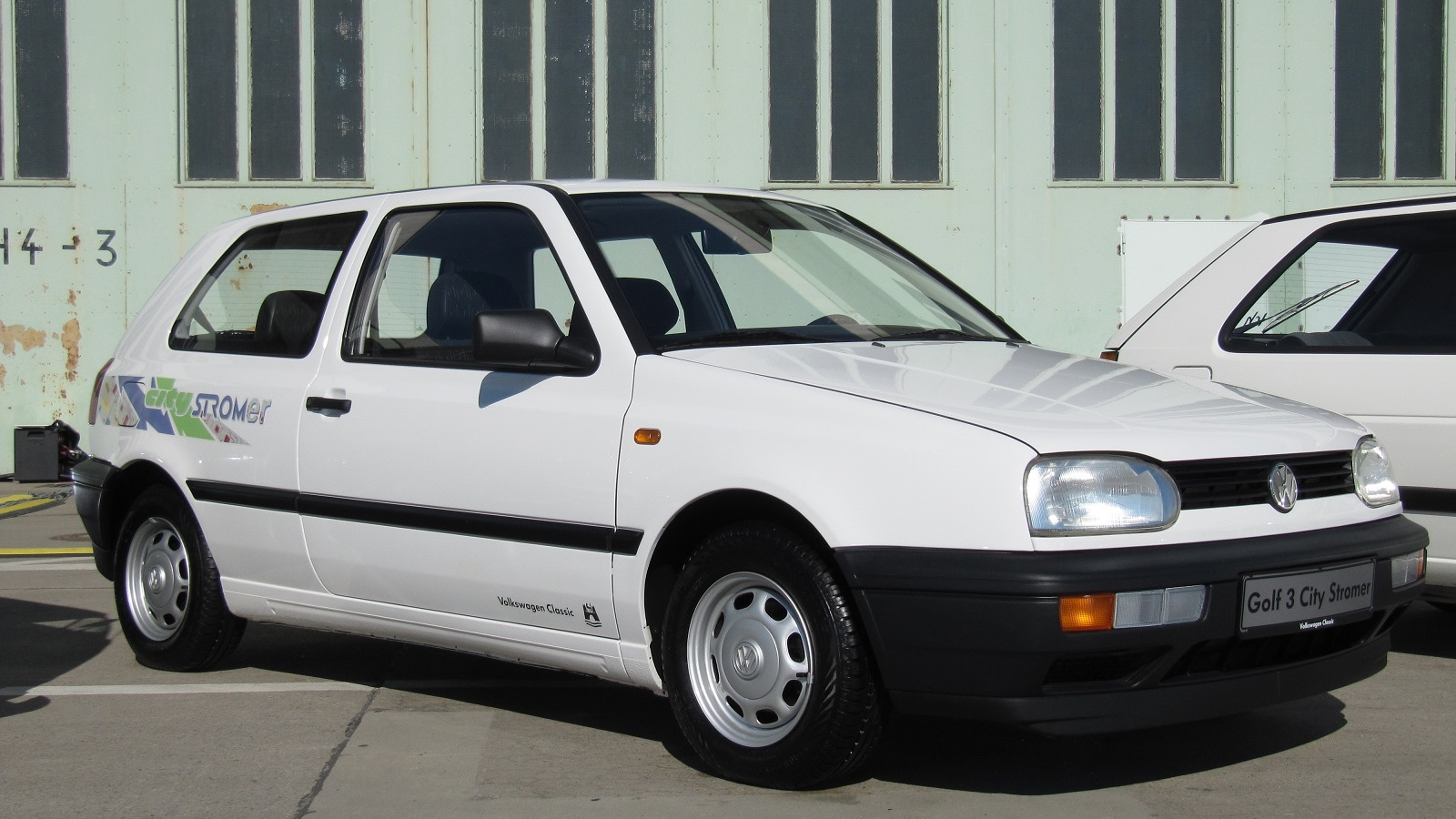 While its new 2015 Volkswagen e-Golf will be the first-ever plug-in electric VW sold in the U.S., the German carmaker has a surprisingly long history of prototype electric cars.

Two weeks ago, during a drive event for its VW e-Golf and e-Up production models, along with prototype Golf GTE plug-in hybrids, Volkswagen showed off restored examples of some of its earlier electric test vehicles.

Volkswagen has experimented with electric cars since the 1970s, when the Volkswagen Golf (Rabbit) platform was first produced.

These electric conversions were built in very limited numbers--dozens or perhaps 100--to give the company a better understanding of how real-world users treated cars with electric drive.

All of them used heavy, low-capacity lead-acid batteries. In the Golf models, they were located under the rear seat and the load bay, resulting in reduced rear space and an awkward and very reclined rear seat-back angle.

On display (though apparently not in  running condition) were two different generations of VW Golf City Stromer--based on second- and third-generation Golf hatchbacks--along with an even earlier VW Transporter T2 Elektro.

The name's not a typo: "Stromer" comes from the German word "Strom", or "Current," with the "City" prefix alluded to the limited range and city-car usage of the test vehicles.

It provided a range of 50 to 60 miles on a good day, and a top speed of around 60 mph. And the third-generation model was little better.

Our contributor Nikki Gordon-Bloomfield wrote about her own second-generation Golf City Stromer, now owned by Volkswagen of Great Britain, which is restoring it.

Perhaps most interesting was an electric conversion of a Volkswagen Type 2 Transporter, better known in the U.S. in its multi-window form as the "VW Van" of hippie and surfer legend.

Volkswagen provided relatively little information beyond the name plates (and, frankly, we were driving new plug-in VWs most of the day), but the T2 Elektro obviously carried banks of lead-acid batteries under its floor as well.

Meanwhile, enjoy the photos--and reflect on how very far the state of the art in electric cars has come since that first electric Golf 40 years ago!