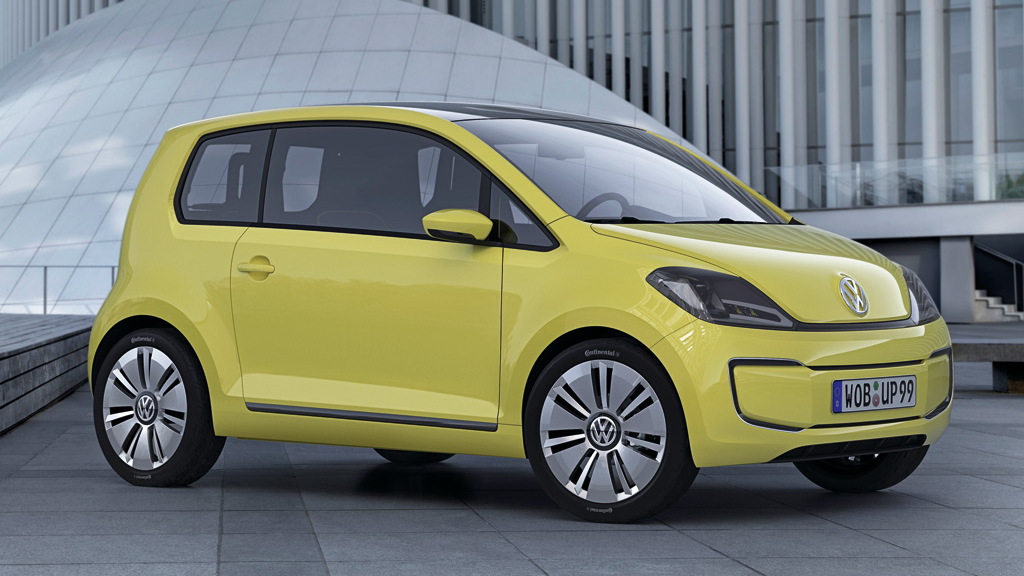 Volkswagen is intent on becoming the world’s leading automaker by 2018 and that means being the top dog in every segment, including hybrid and electric vehicles. Recently the automaker announced plans to start building its own electric powertrains, as well as the launch of a Jetta Hybrid in 2012, and now we have news that Volkswagen is also planning an all-electric minicar for the U.S. market in 2013.

The new electric car will be the production version of last year’s E-Up concept car. While gasoline and diesel versions of the Up minicar will go on sale in Europe next year, there are no plans to bring these variants to the U.S., however, we will at least receive the zero-emissions electric version in 2013.

It’s still too early to determine what specs the production E-Up may have but the concept version hints at an 18-kilowatt-hour lithium-ion battery, which powers a 50 horsepower electric motor--enough to accelerate the tiny urban runabout from 0-62 mph in around 11.3 seconds and carry it up to 80 miles on a single charge.

The best part is that recharging at a regular household power outlet takes a maximum of five hours, with the potential to charge to 80 percent "full" in just an hour, depending on the charge infrastructure.

The 2013 deadline may be a long time to wait but in the meantime Volkswagen will start trialing all-electric versions of its Golf hatchback both in the U.S. and Europe. In parallel with the electric vehicle offensive, Volkswagen is also accelerating the introduction of new hybrid models as well. The new Touareg Hybridhas already been revealed and in 2012 the hybrid version of the Jetta will debut, followed by the Golf Hybrid and Passat Hybrid in 2013.