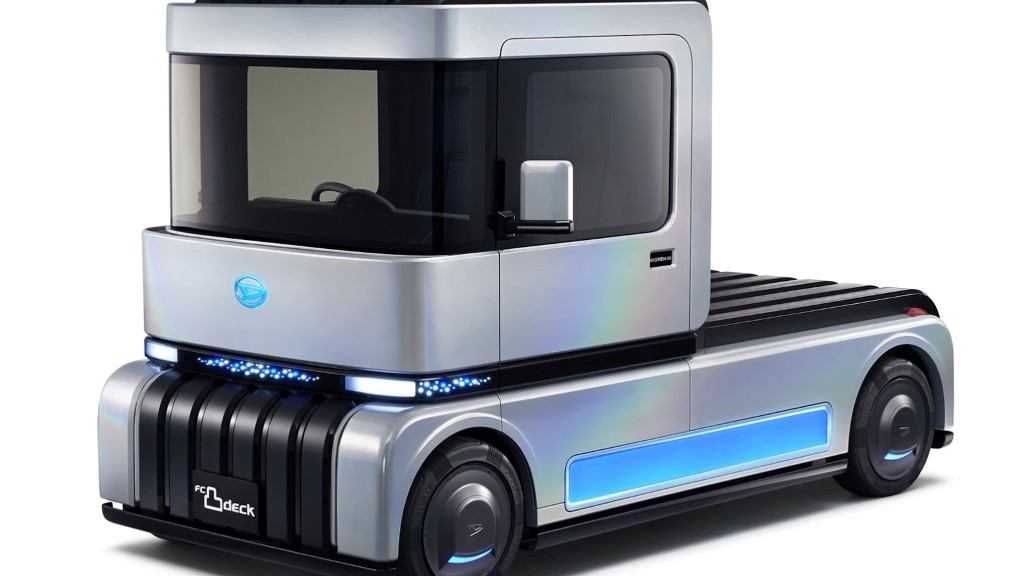 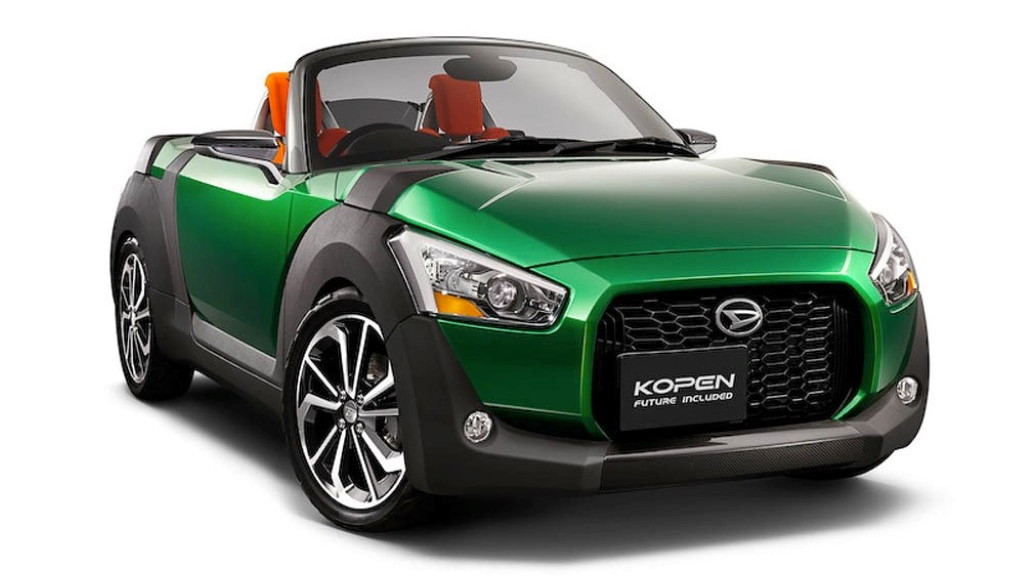 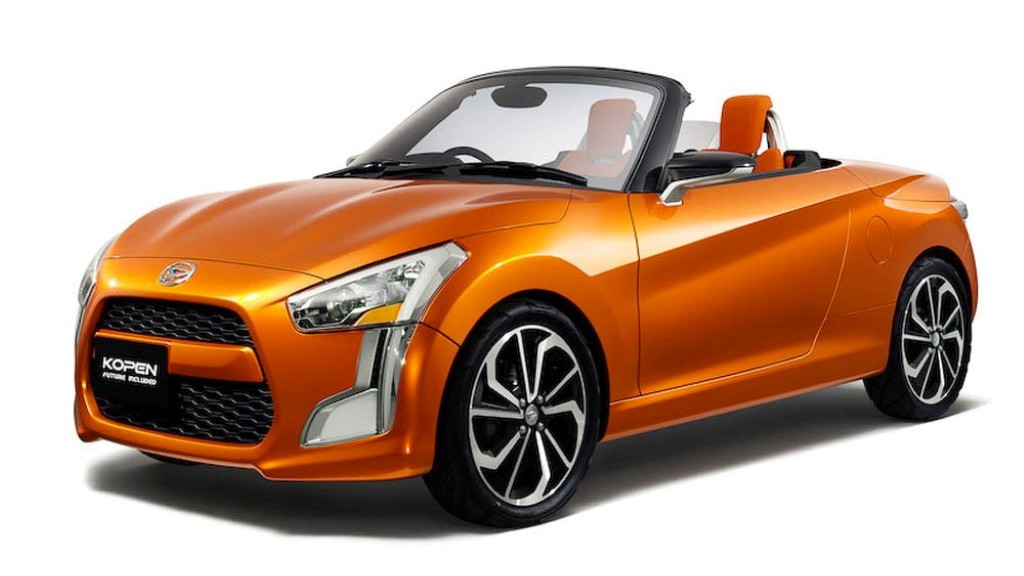 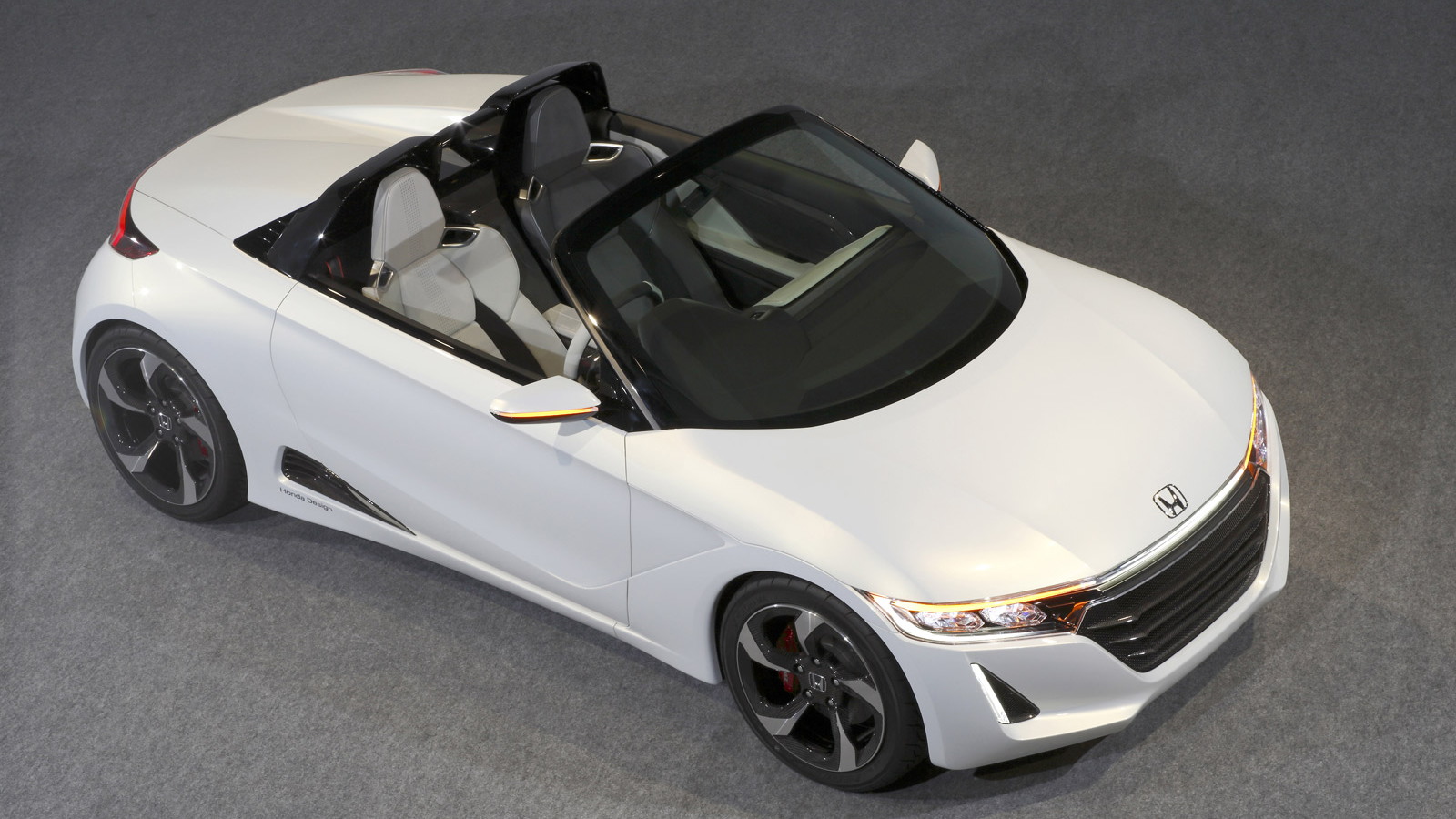 20
photos
The 2013 Tokyo Motor Show is almost upon us. And while the Los Angeles Auto Show might hold more relevance for the U.S. market, Tokyo's offerings can never be discounted entirely.

Weird and wonderful some may seem but many feature the kind of technology we'll soon be seeing in our road cars. And of course, Japan is virtually the home of the economical car--prioritized for dealing with the country's tight, traffic-clogged cities.

Below is our full guide to all the green cars from the show. From production-ready hybrid coupes to unlikely kei-class sports cars, it's all here--listed alphabetically by manufacturer.

Daihatsu hasn't sold vehicles in the U.S. for quite some time, but the Toyota subsidiary still has a large presence in Japan with some very small cars.

One of those is the Copen, a kei-class sports car with more than a hint of Audi TT to its lines. That's just the old one though--a host of 'Kopen' concepts will go on display in Tokyo. Styling is a little more masculine (if such a thing can be said of an 11.2-foot sports car) and as ever, power comes from a 660cc, three-cylinder gasoline engine. Drive is handled by a continuously variable transmission.

Honda will once again display its NSX concept at the Tokyo Show, though each time it appears it does look a little more production ready. Powered by a V-6 gasoline engine and hybrid drivetrain, it's sure to take the old NSX's reputation for technological advancements and drop it well and truly into the modern age.

The S660 will do similar but on a much smaller scale. Many are dubbing it the new Honda Beat--alluding to the mid-engined kei sports car Honda sold in the early 1990s. Like the Kopen, it uses a 660cc engine and CVT, puts out just 64 horsepower, but also weighs under 2,000 lbs. Sounds a lot more fun than the Uni-Cub concept, certainly...

The RC 300h is essentially a Lexus IS coupe--and as the name suggests, a hybrid drivetrain is part of the deal. The 2.5-liter four-cylinder gasoline engine and hybrid system is similar to that found in the ES 300h, but here produces over 200 horsepower and drives the rear wheels.

Hopefully Lexus will see fit to bring it to the U.S, unlike the IS 300h sedan we're currently denied...

Mazda's range of vehicles is typically down to earth. All the usual suspects will be there, but new for Tokyo are the Mazda3 Skyactiv-Hybrid and Skyactiv-CNG.

The names are pretty self-explanatory--the former pairs a 2.0-liter Skyactiv gasoline engine with an electric motor for "exhilarating driving performance and outstanding fuel economy", the raw figures for which should be revealed at the show. The latter is essentially a dual-fuel Mazda3.

While neither is confirmed for U.S. sale, they'll give Mazda one of the widest range of drivetrain options of any vehicle across various markets--gasoline, diesel, gas and hybrid.

Three gas-sipping concepts will appear alongside Mitsubishi's range of crossovers, sedans and kei-cars at the Tokyo Show.

Largest is the GC-PHEV--a Montero-sized SUV with a plug-in hybrid drivetrain. It features a supercharged 3.0-liter V-6, as well as permanent all-wheel drive. Next is the Cross Runner plug-in hybrid, or XR-PHEV concept. For this, think "next Outlander Sport", using a 1.1-liter turbocharged engine and electric drive system.

Using a similar engine but eschewing the hybrid drivetrain is the Concept Active Runabout, or Concept AR. It's a compact minivan with flexible seating options and a "cocoon-like cabin".

One of Tokyo's most exciting debuts is the BladeGlider. If you were wondering where all that DeltaWing and ZEOD RC racing knowledge was going, this car is the answer--it's a three-seat, open-topped sports car with a dart-like shape and electric drivetrain, and makes the next Miata seem a bit old-hat...

It uses similar battery technology to the Leaf, examples of which will no doubt be spread across Nissan's stand too.

Suzuki can always be counted upon to release something unusual in Japan, and that's a fair description of the X-Lander and Crosshiker.

Well, of their styling at least--the concepts themselves are thoroughly sensible. The Crosshiker is a compact crossover like the Juke, but much lighter and more efficient--under 1,800 pounds, it uses a 1.0-liter, three-cylinder gasoline engine.

The open-topped X-Lander could be considered a replacement for the tiny Jimny 4x4 sold overseas, itself an evolution of the Suzuki Samurai unfortunately known more for its surprising handling characteristics than its off-road ability. In the X-Lander, a 1.3-liter four-cylinder teams up with an automated manual transmission and electric motor as part of a lightweight hybrid system.

Biggest news for Toyota's Tokyo lineup is the FCV, the latest (and significantly more production-ready) take on its upcoming fuel cell vehicle. It'll do 300 miles on a three-minute fill of hydrogen, and its styling probably isn't too far from the eventual production version.

Joining the FCV is something even more unusual--a Prius C convertible. Well, an Aqua Air speedster, but it's essentially a Prius C convertible--it uses the same 1.5-liter hybrid drivetrain, and economy is likely to be similar to the Prius C's 50 mpg. Joining it is the Aqua Cross (read: Prius C crossover) and Aqua G Sports, a Prius C tuned by Gazoo Racing.

The Twin-Up plug-in hybrid will be VW's biggest star in Tokyo. Volkswagen's XL1 diesel plug-in hybrid may be more striking, but it's the Twin-Up, using the same drivetrain, that's arguably more relevant.

Based on VW's smallest offering (albeit one that dwarfs typical Japanese kei cars) the 800cc, twin-cylinder diesel and electric motor setup develops 74 hp and 158 lb-ft. It's sure to be an acquired taste though--despite 214 mpg claimed economy, it's slower than a regular gasoline Up and almost certainly a great deal more expensive...