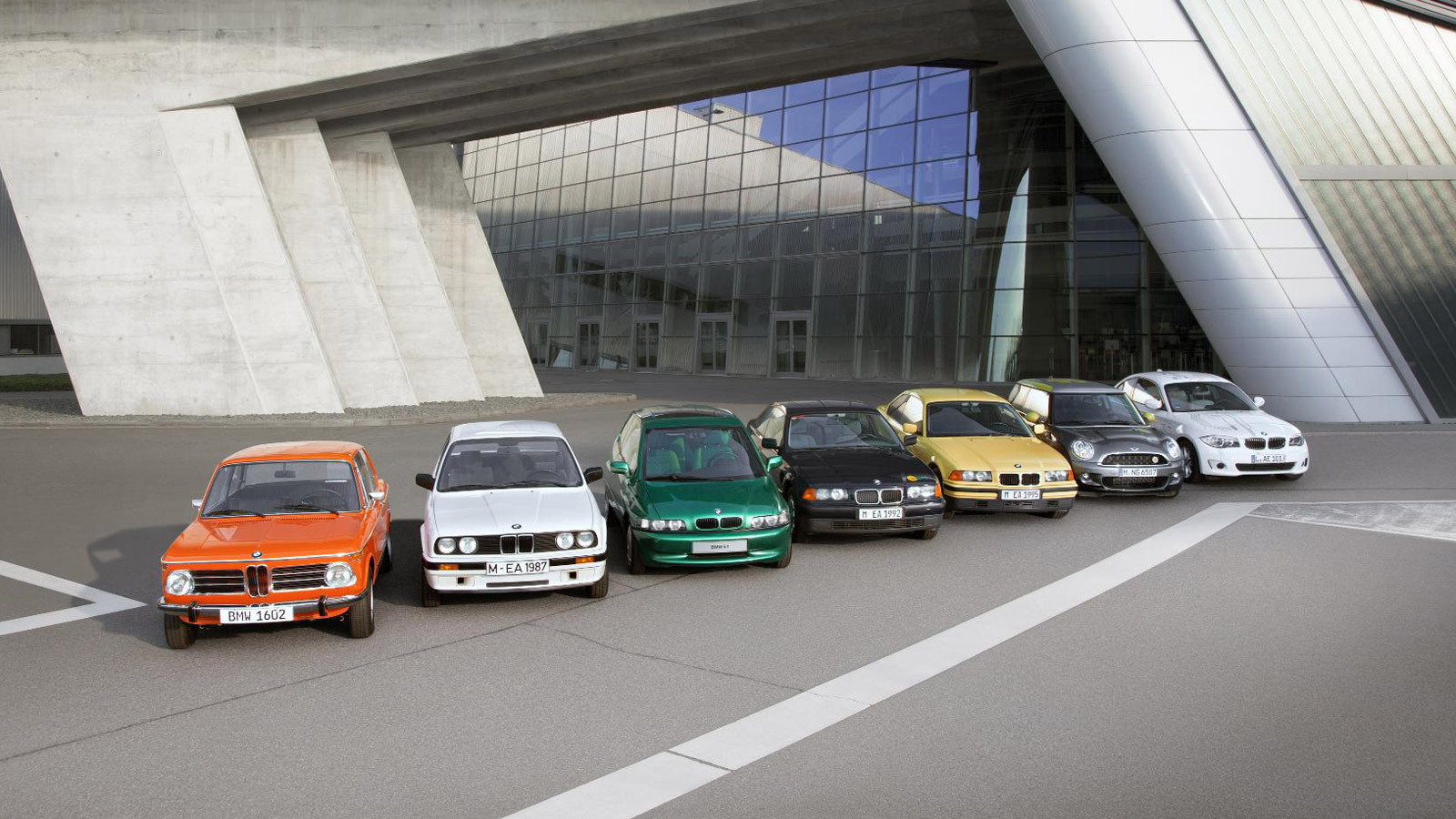 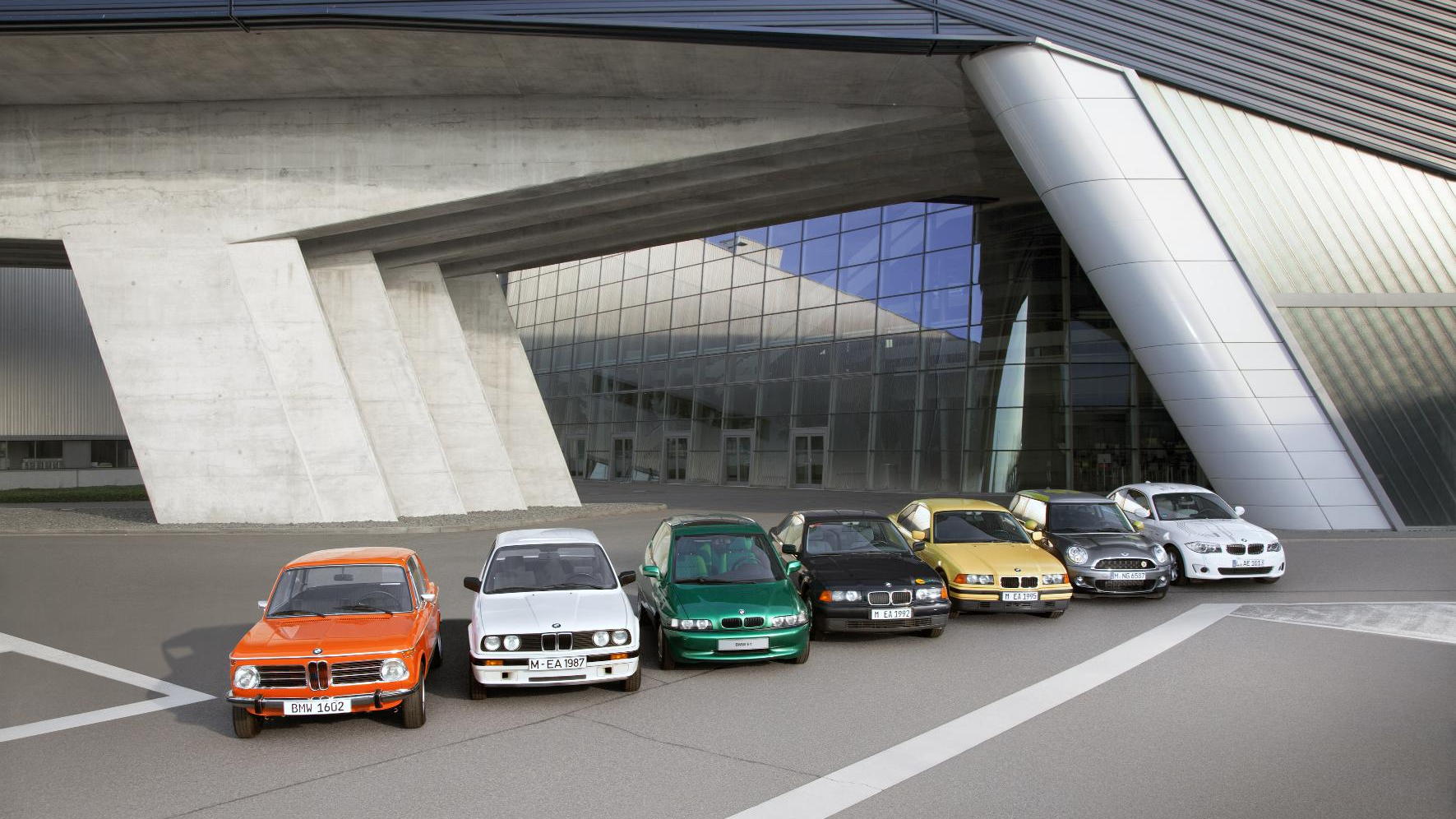 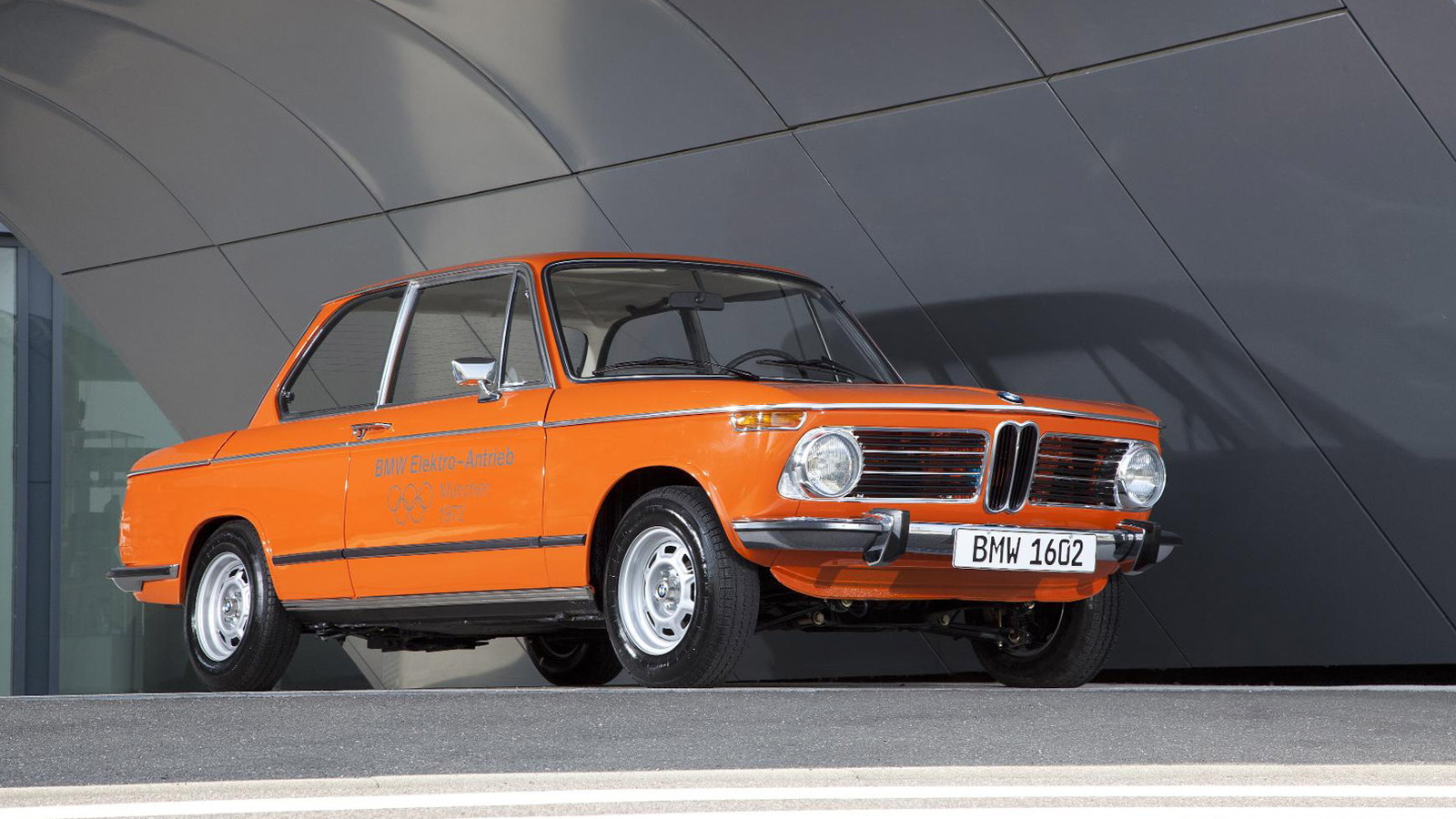 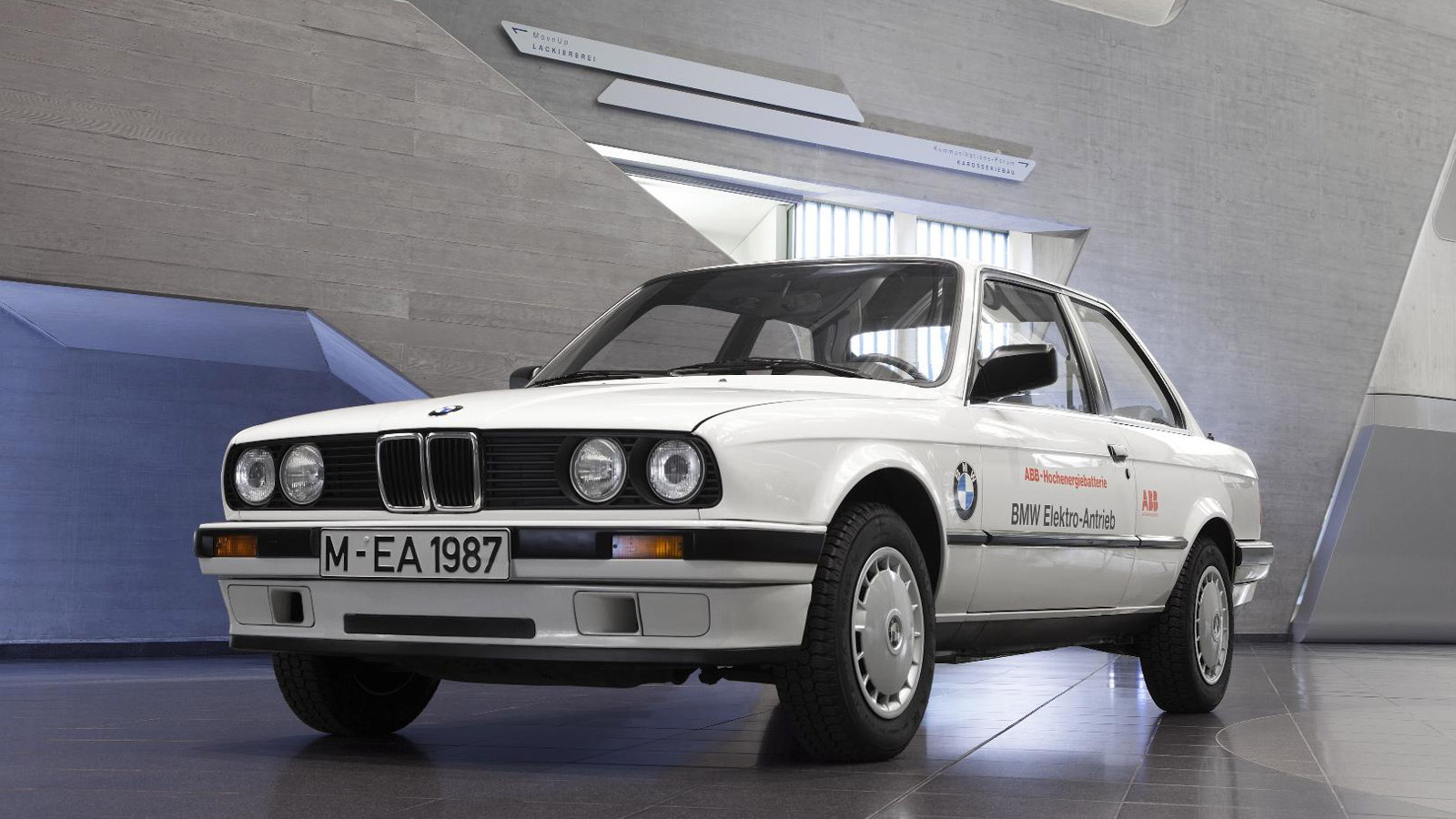 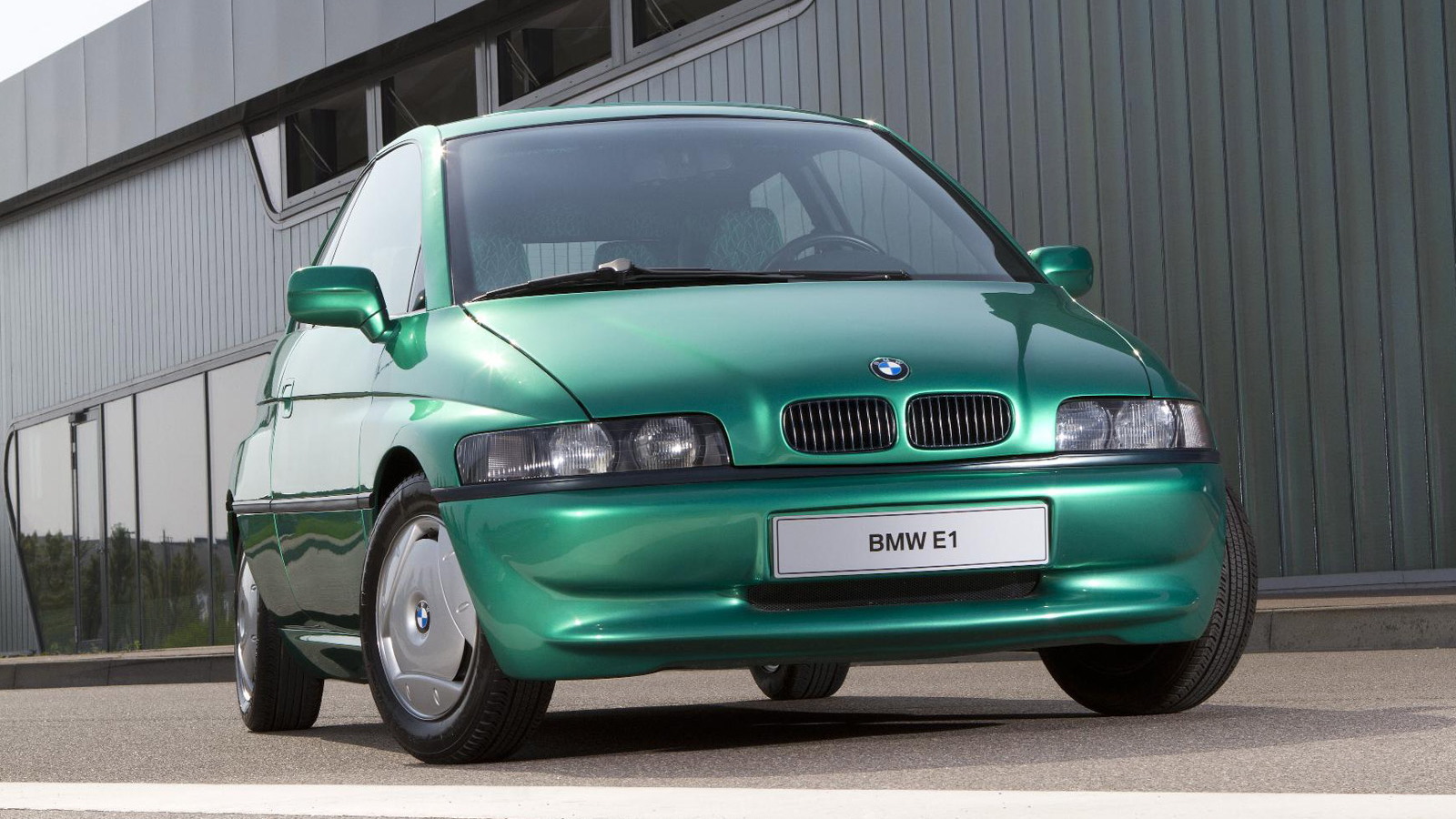 None are known for being particularly green, but BMW is set to change that when it launches the i3 electric compact car, and the upcoming i8 plug-in hybrid sports car.

In fact, BMW has been developing electric vehicles in small numbers for over 40 years--ever since the 1972 Munich Olympic Games.

There, BMW provided the games with two converted 1602 two-door sedans, designed to shuttle VIPs and serve as support cars in the games' long distance events.

With a range of only 37 miles they might have been fine for zipping around Munich during the games, but between that and a weight penalty of 770 pounds BMW deemed the cars unsuitable for production. At the time, a regular 1.6-liter gasoline 1602 could average over 25 mpg with a tank range of around 300 miles--and gas was a lot cheaper back then.

The cars used sodium-sulfur batteries, and served as delivery vehicles for the German postal service. Range was now up to 93 miles in city traffic.

BMW's first dedicated electric vehicle was the curiously-styled E1 city car. Such a vehicle was chosen for electric development when BMW realised that the short range of electric cars proves less of a problem in city driving.

The E1 debuted at the 1991 Frankfurt Auto Show, and like the modern-day i3, featured a light-weight body. Output was only 43 horsepower, but the range was 93 miles--competitive with many of today's electric vehicles.

In addition to the E1, BMW converted a run of E36 3-Series models between 1992 and 1996. These were used in field trials on the island of Rügen, off Germany’s Baltic coast.

Launched in 2008, the MINI E was built in much greater numbers than previous concepts, with 600 hitting roads all over the world. BMW made leaps with performance, and the car was now rather peppy--even if we didn't enjoy it that much when we drove one back in 2009.

0-62mph took 8.5 seconds, and quoted range was an impressive 155 miles--though the MINI E did without a back seat, to accommodate the 35 kWh battery pack.

BMW gathered useful data from the trials, which went towards developing its next trial vehicle, launched in 2010.

That vehicle was the ActiveE, a 170-hp electric car based on the 1-Series Coupe platform.

Trials of the ActiveE were held with over 1,000 units, and along with the MINI E, a fleet of ActiveE vehicles--as well as several other high-mpg BMWs--acted as support vehicles for the London Olympic Games of summer 2012.

This time, BMW really got the driving experience right. We drove an example at the start of 2012, and it felt both production-suitable and fun--even though, as a development car, there were still some niggles. The touted price was rather high too at $60,350, although all ActiveE drivers acquired their cars through a lease program.

Official EPA range for the ActiveE is 94 miles.

And now, we've reached the present day, where BMW is hard at work developing the next generation.

We've covered the i3 and i8 at length, and electric car fans and gearheads alike are waiting both models eagerly. BMW is one of the world's most profitable car companies and not one to throw money at dead-end projects--so their dedication to electric vehicles inspires confidence.

As the first i3 models roll off the production line in late 2013, just remember--it's far from being BMW's first electric car.