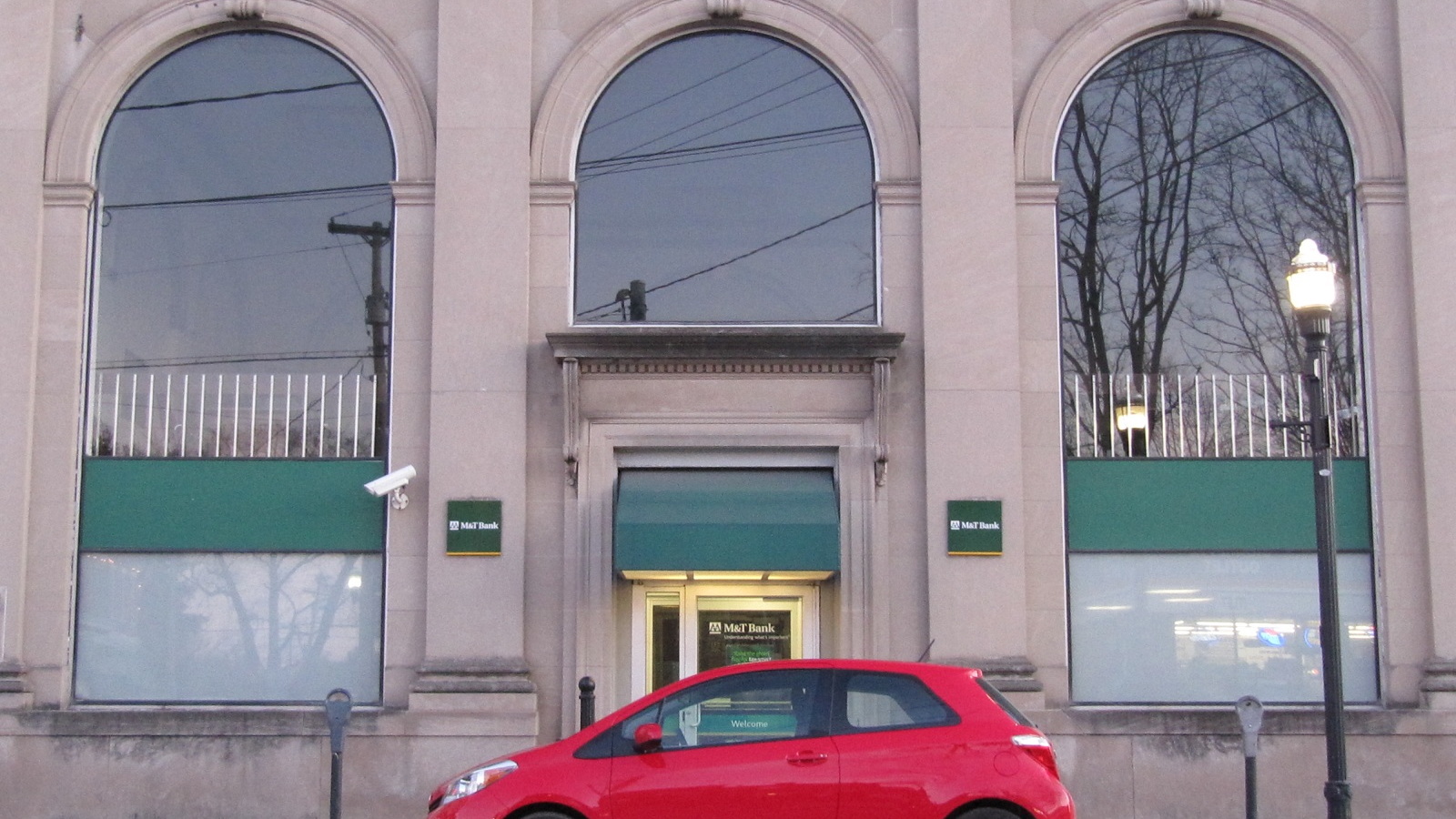 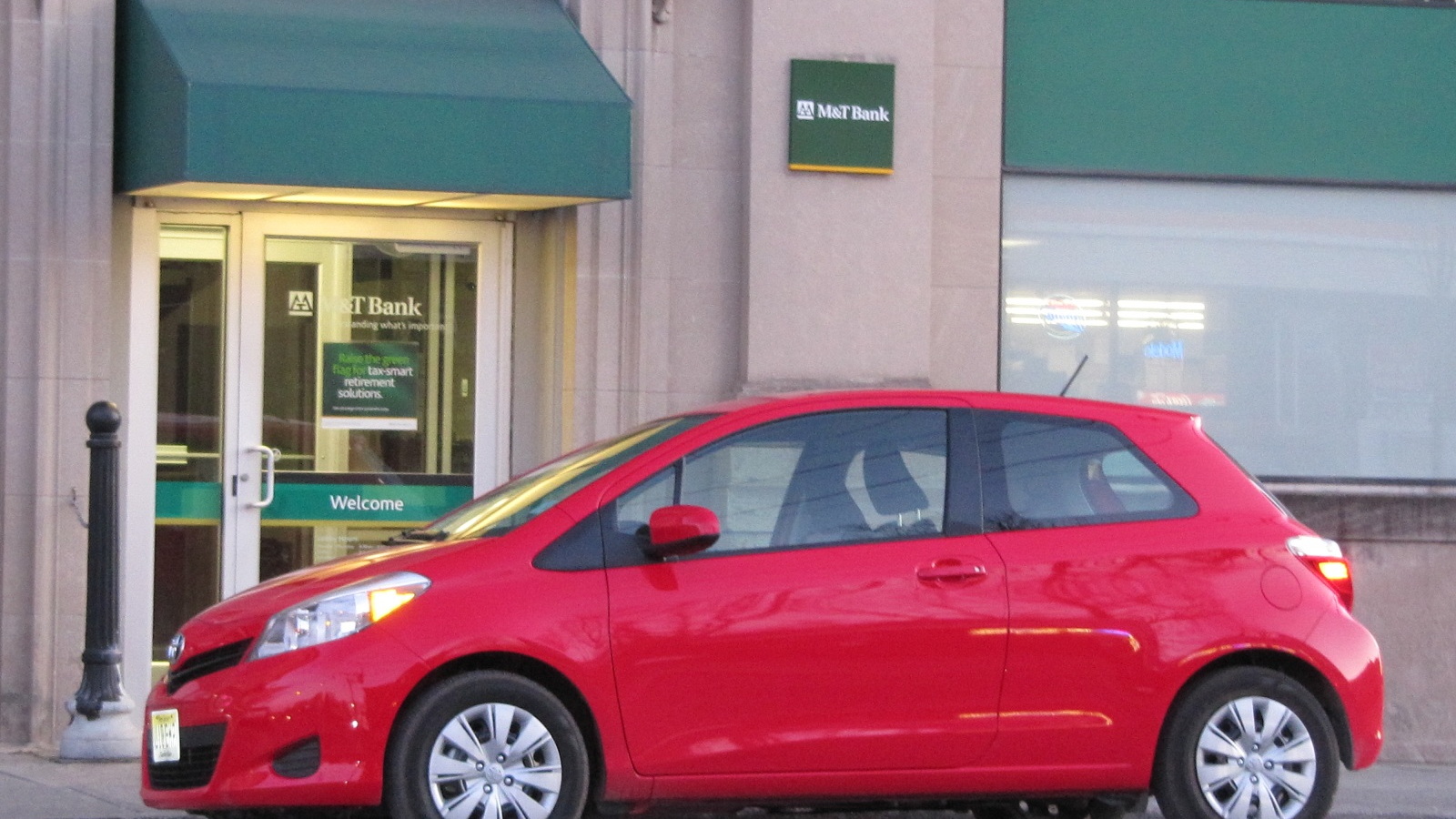 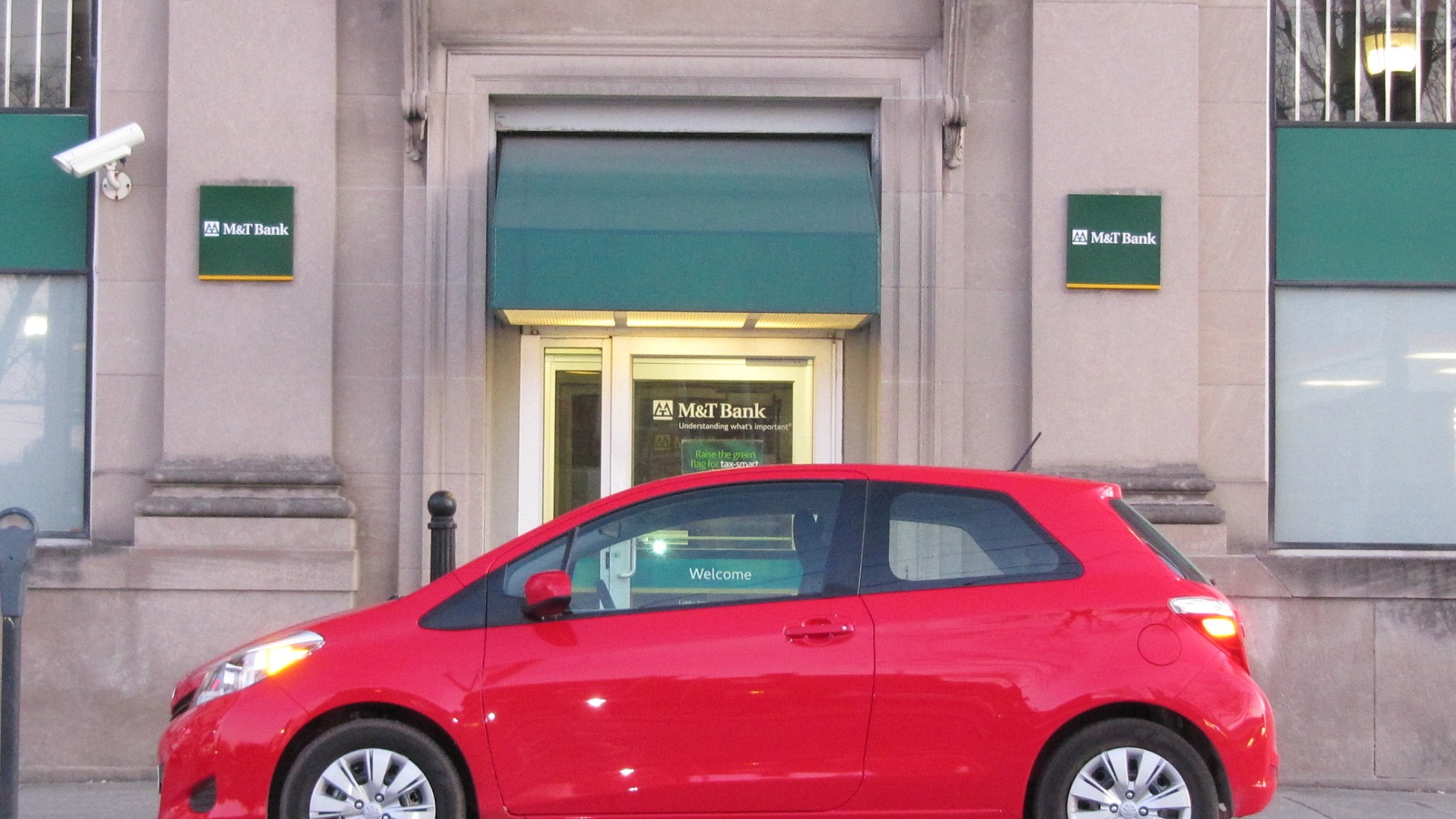 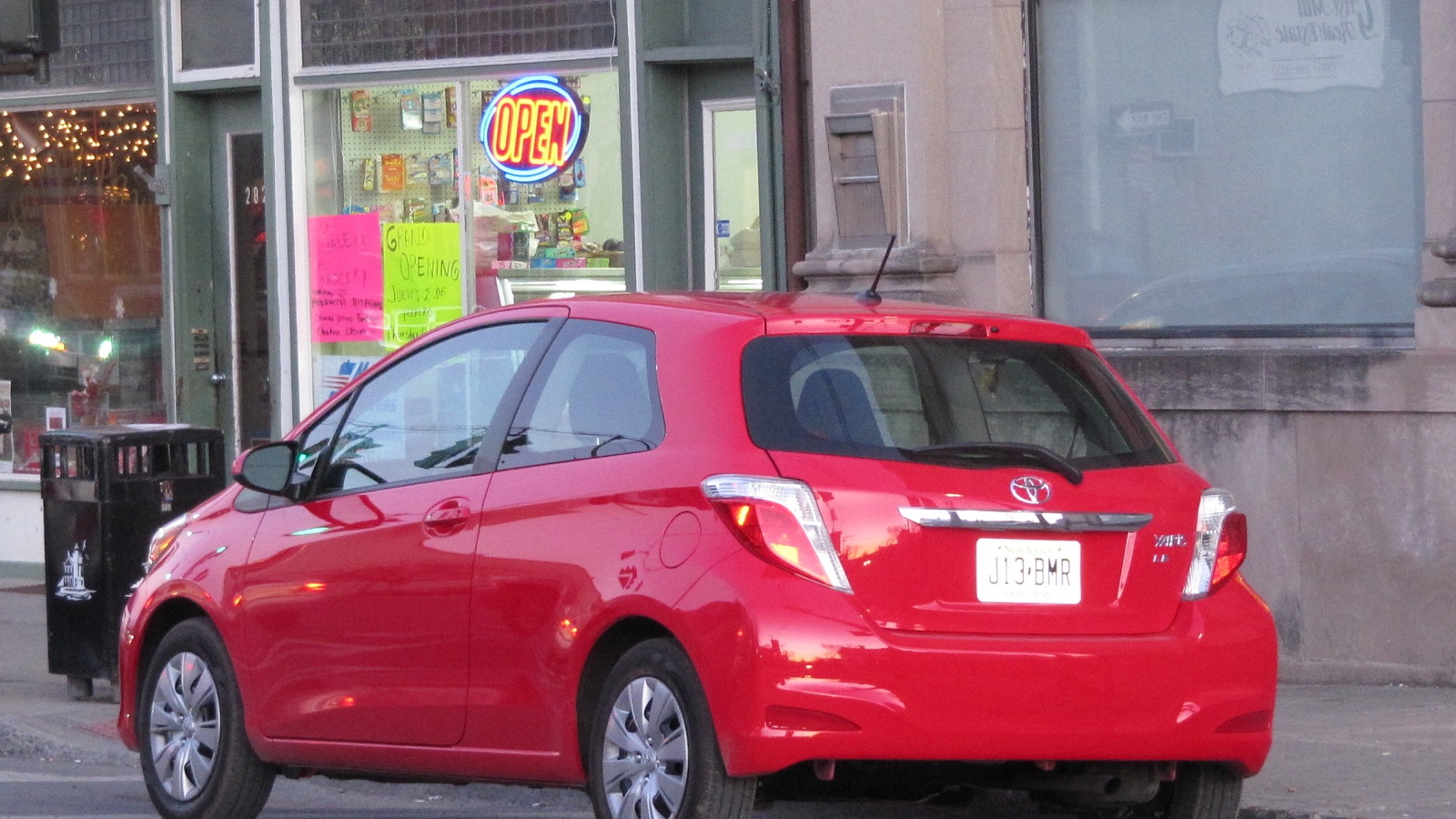 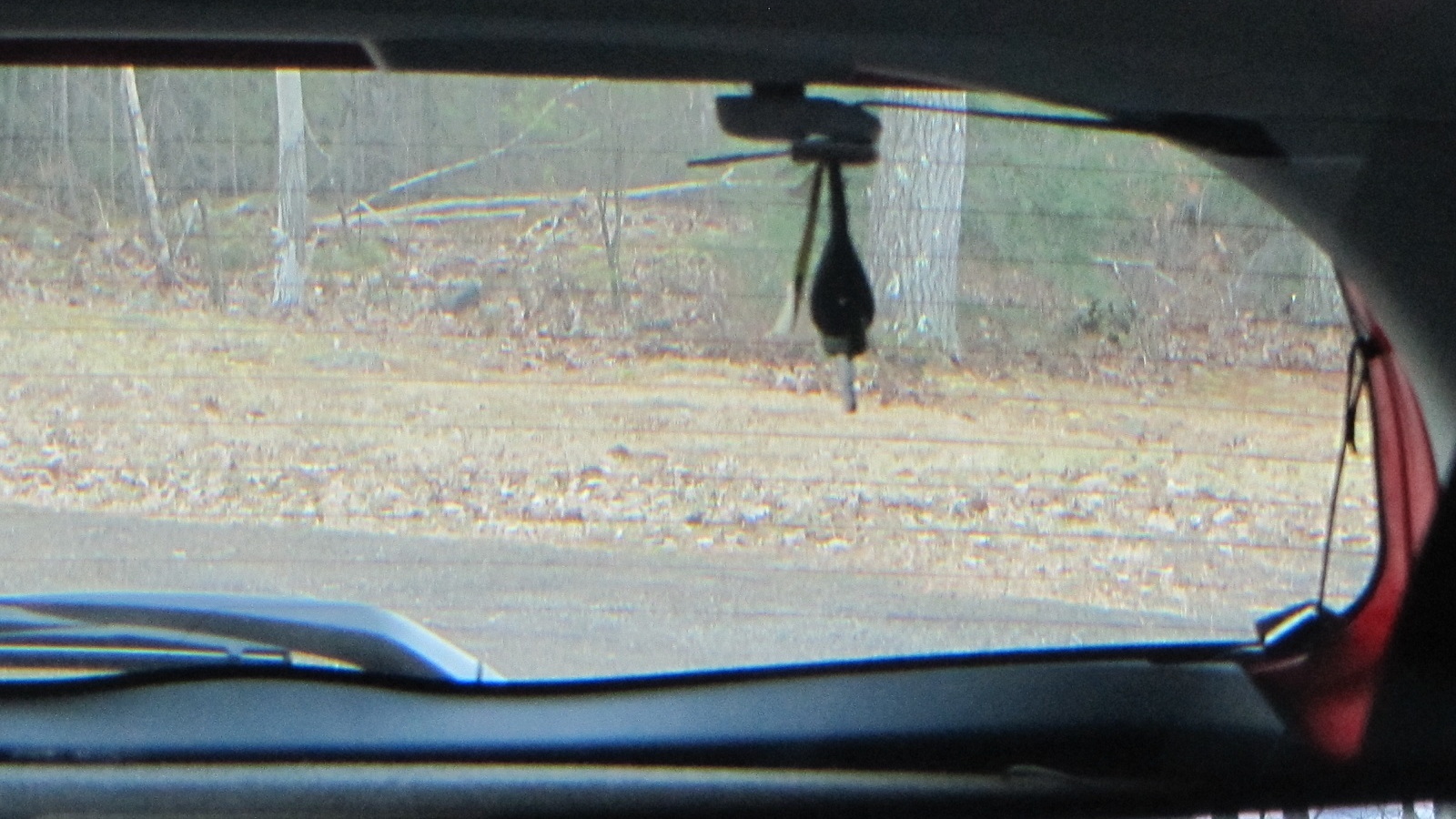 It was quite small and very, very red.

So, OK, a bright red 2012 Yaris can attract attention. But is Toyota's all-new subcompact likely to attract buyers?

The simple answer is, probably, but it's up against more and better competition than ever.

Compared to the grim and slab-sided earlier generation, the new Yaris LE is stylish, with a pleasant two-tone interior and (finally) an instrument cluster in front of the driver rather than centrally mounted.

Its 106-horsepower, 1.5-liter engine performs well enough, though like many subcompact hatchbacks, it struggles to match the fuel economy of longer (and hence more aerodynamic) compact sedans. Our test car had an ancient four-speed automatic transmission, one of the few left in new cars these days.

Over our 305 miles of our weekend test, two-thirds of which is highway mileage, we averaged 31.5 miles per gallon. 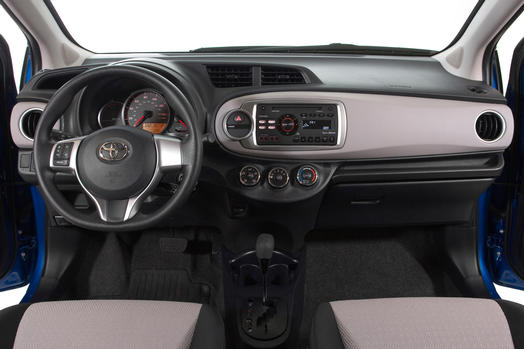 That's close to the 2012 Yaris EPA-rated gas mileage of 32 mpg combined for the automatic model--but lower than we got in the larger Hyundai Elantra or Chevrolet Cruze Eco compact sedans.

It's also much lower than Toyota's hybrids like the 50-mpg Toyota Prius hatchback or the new 2012 Toyota Prius V wagon, at 42 mpg.

Even tougher, there's the new 2012 Toyota Prius C compact hatchback, which has an EPA combined rating of 50 mpg and a base price below $19,000 (watch for full details of the Prius C later this week).

Overall, our impression of the 2012 Yaris was that it was competent but bland. Compared to, say, the 2012 Chevy Sonic (we tested in both sedan and hatchback models), it lacks a wow factor. 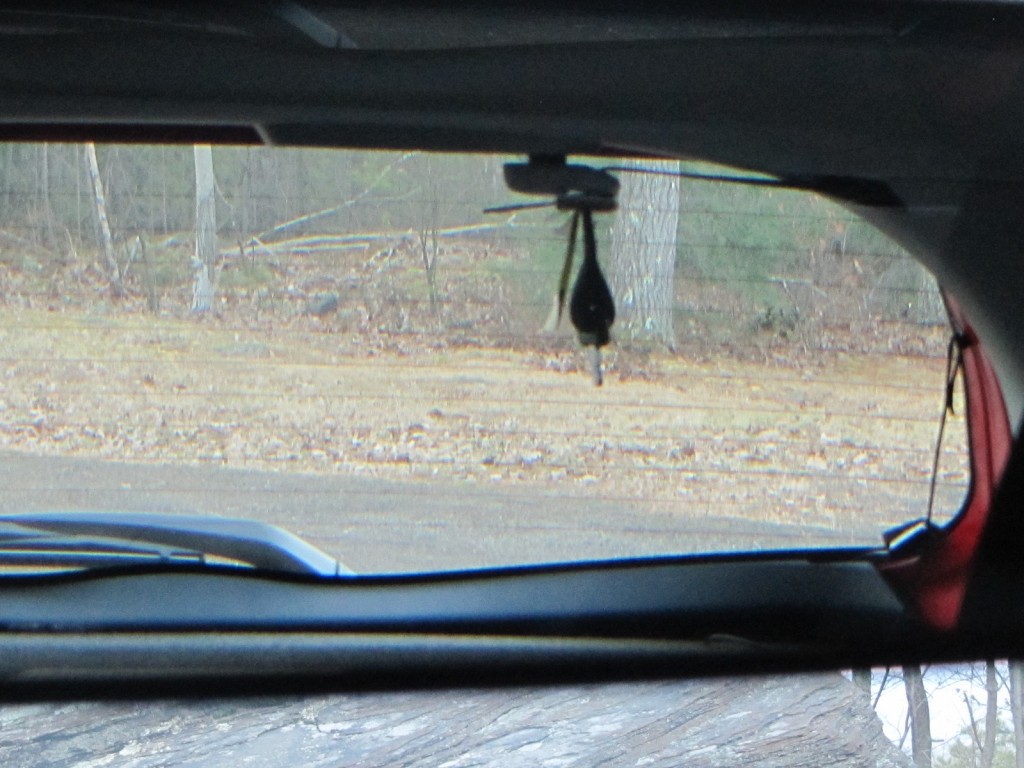 In the end, we didn't dislike the 2012 Yaris. We just didn't feel it offered much that the competition doesn't offer as well.

Part of it is the price. Toyota is being hammered by the yen-dollar rate, and so our mid-level Yaris cost almost $17K.