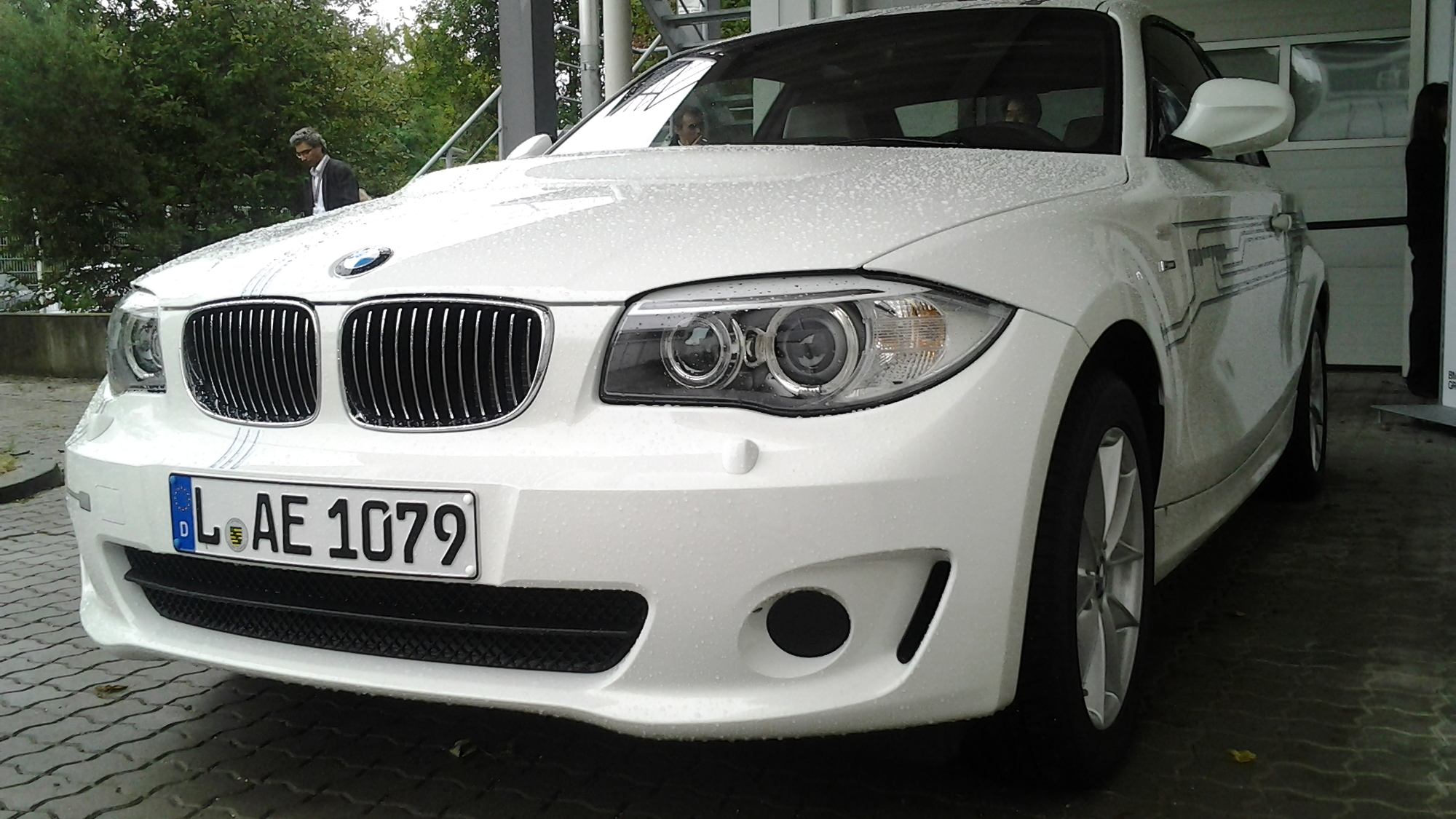 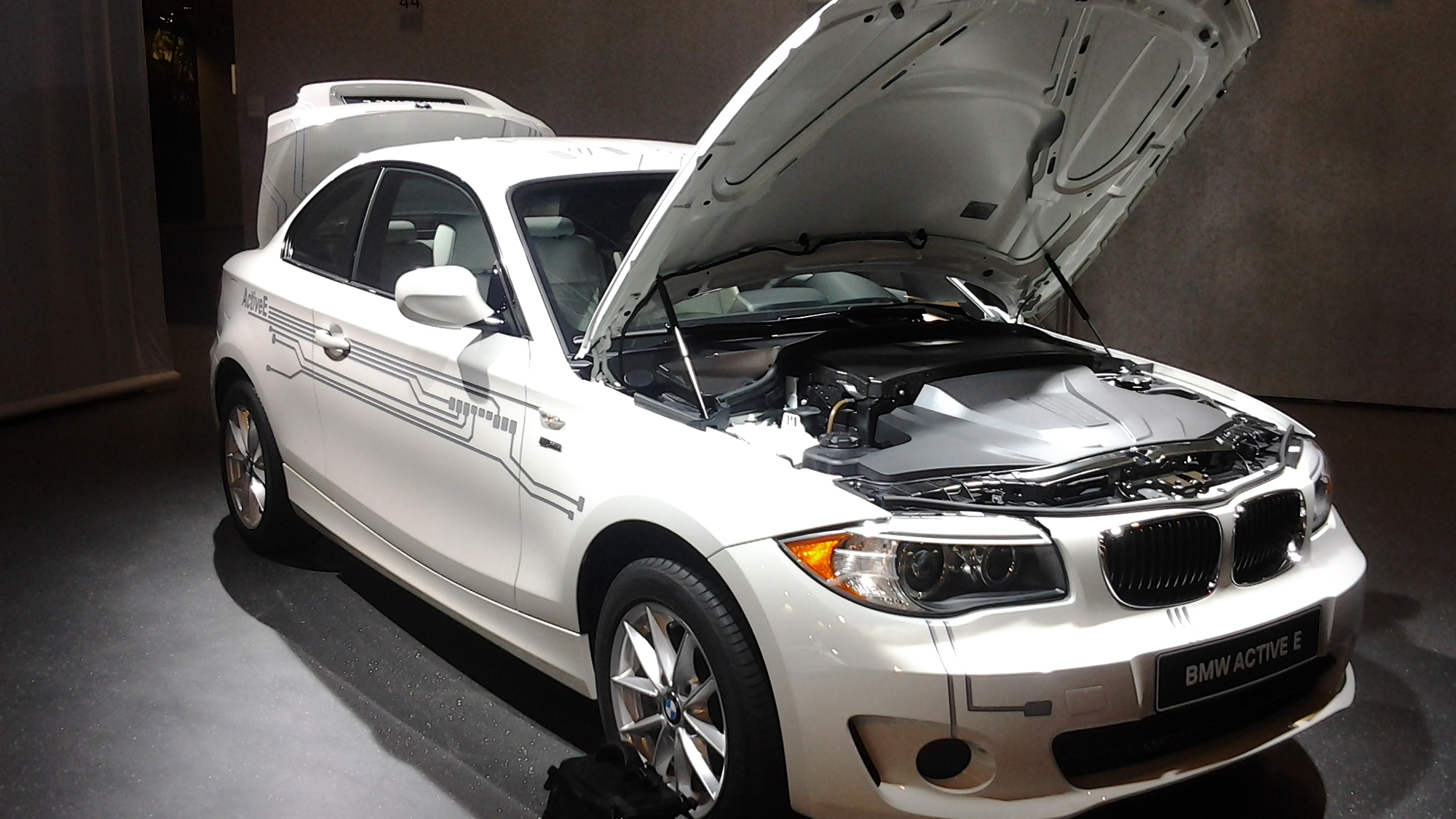 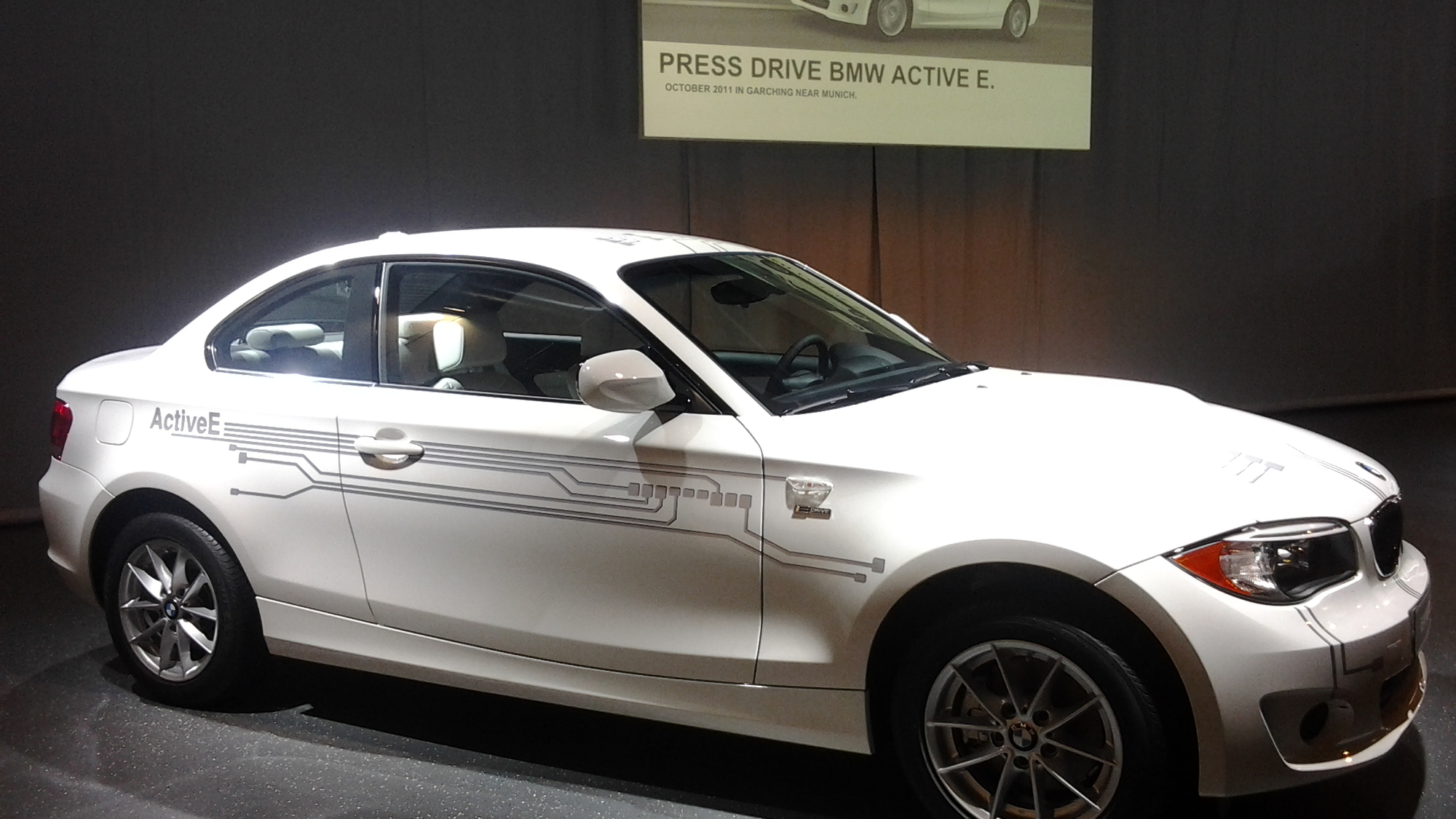 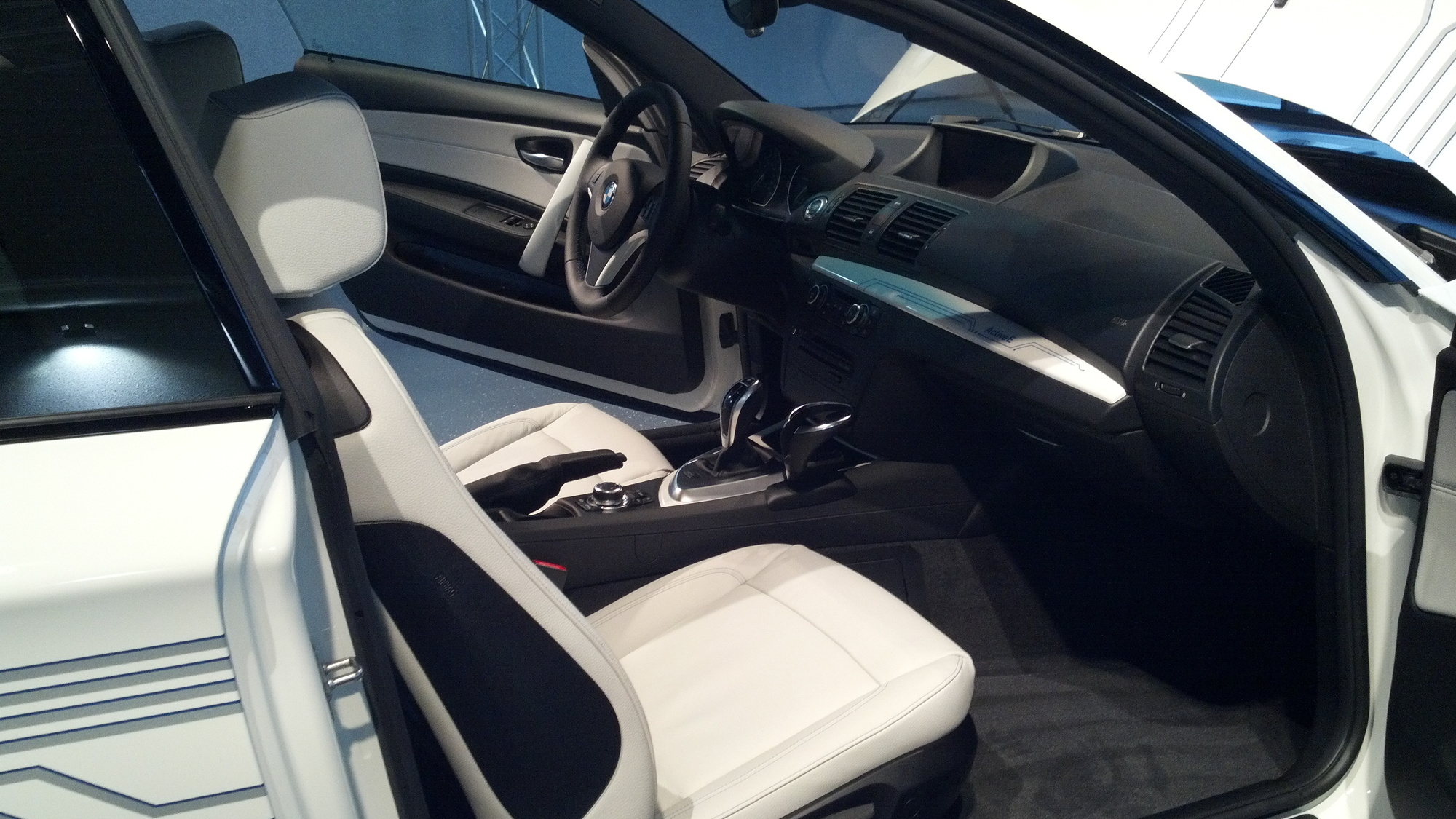 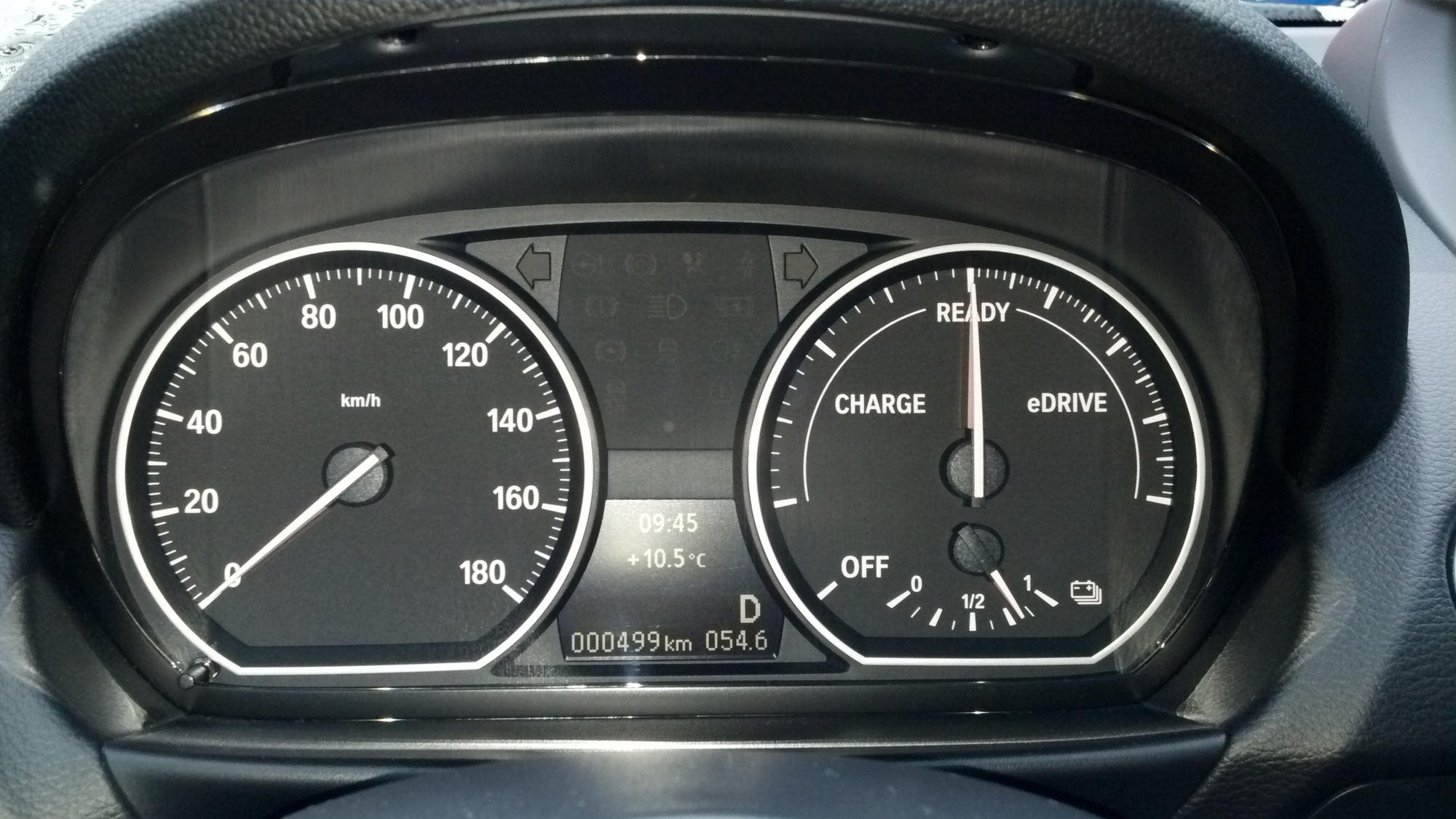 Regular readers may recognize the name of Tom Moloughney, who has written several stories on his experiences living with a Mini E electric car for two years.

Now Moloughney has moved up in the electric-car world. On Friday, he was the first U.S. customer to take delivery of a BMW ActiveE, the first of a fleet of 700 BMW 1-Series sedans converted to battery electric vehicles.

Moloughney was already quite familiar with the car, as he'd driven a prototype ActiveE on a visit to Munich last fall.

He and his wife Meredith were handed the keys to the new white ActiveE by the CEO and president of BMW North America, Ludwig Willisch, at a small ceremony Friday morning.

They were selected because they had been avid Mini E fans during that car's test-fleet program. Indeed, restauranteur Moloughney has become an active electric-car advocate, appearing at local events and in media interviews.

The ActiveE improves on the Mini E (which we deemed "not ready for primetime" after a 2009 road test) in several ways. Its lithium-ion battery pack is integrated into the tunnel and gas-tank area, meaning it maintains full seating for four.

Its trunk area is usable, unlike the Mini E's rear load bay, which along with the rear seat platform was taken up by a large battery box.

And the ActiveE has a liquid-cooled and -heated pack, meaning its performance in hot weather and cold should be more consistent. BMW quotes range of up to 100 miles, and 0-to-60-mph acceleration of less than 9 seconds.

That ActiveE pack, by the way, is closely related to the one to be used in the BMW i3, the all-electric urban minicar that will be launched in certain markets in 2013.

The new test fleet, like the earlier Mini E fleet, will give BMW further real-world information on how electric-car drivers actually use plug-in vehicles in daily duty.

The rest of the ActiveE fleet will be delivered in New York, Boston, Hartford, Los Angeles, San Diego, San Francisco, and Sacramento over the next several weeks. The Moloughneys and others will pay $499 per month for a two-year lease after a down payment of $2,250.

BMW is still accepting applications from potential lessees in those areas; interested parties can apply on a special ActiveE website.

By the way: What do you call an electric-car driver? If you're BMW, the proper word for a BMW ActiveE lessee is an "Electronaut". OK, then.