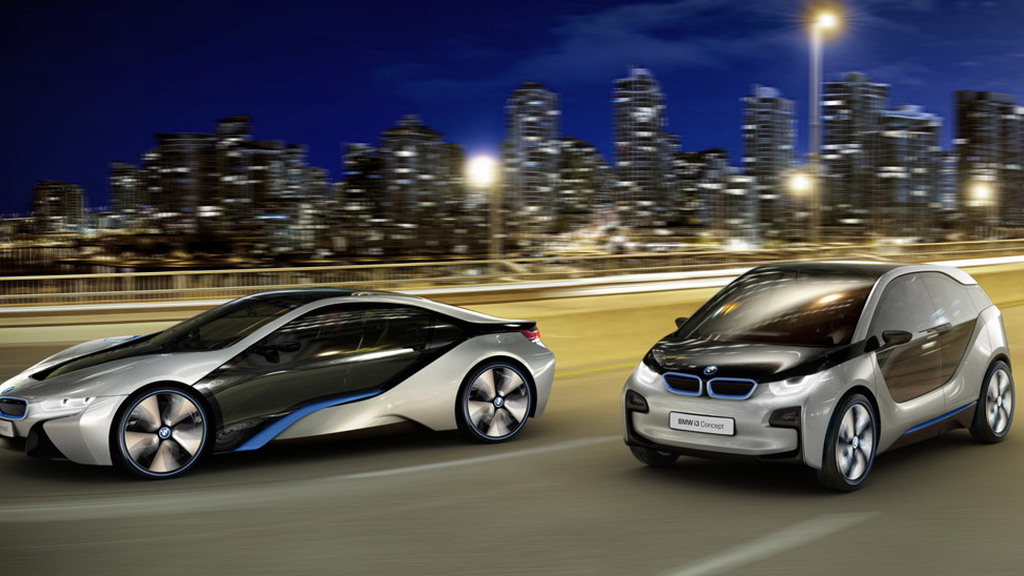 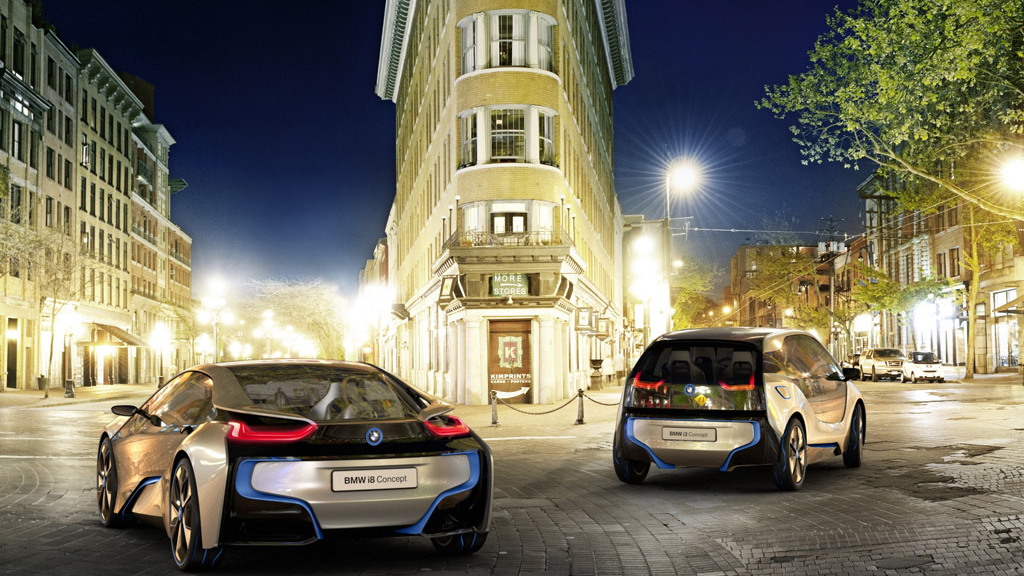 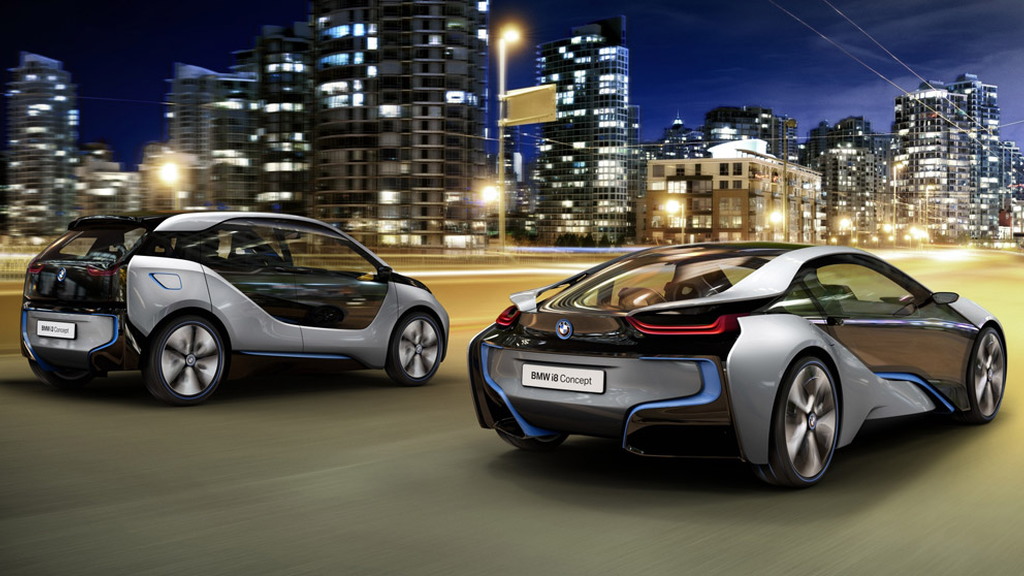 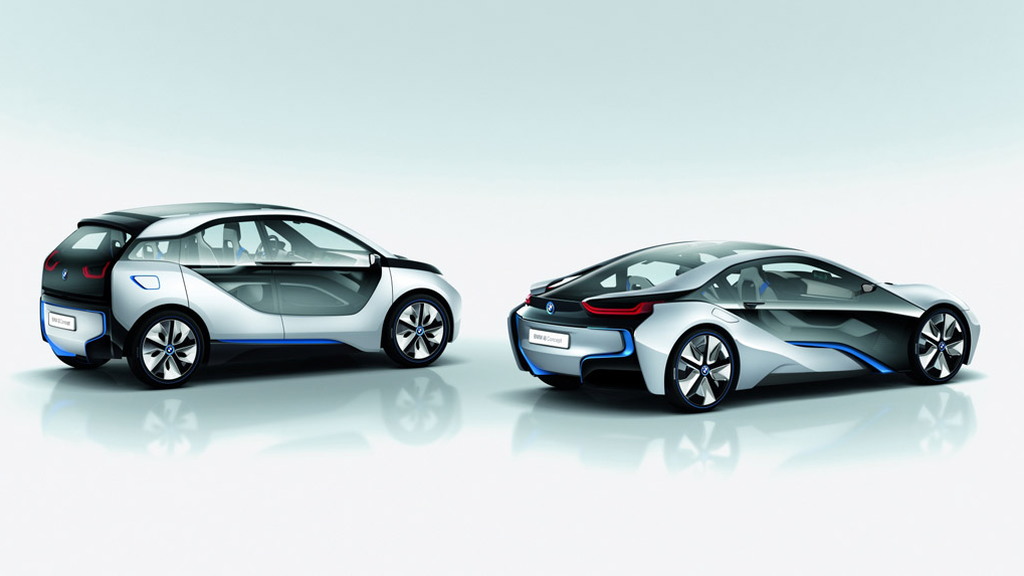 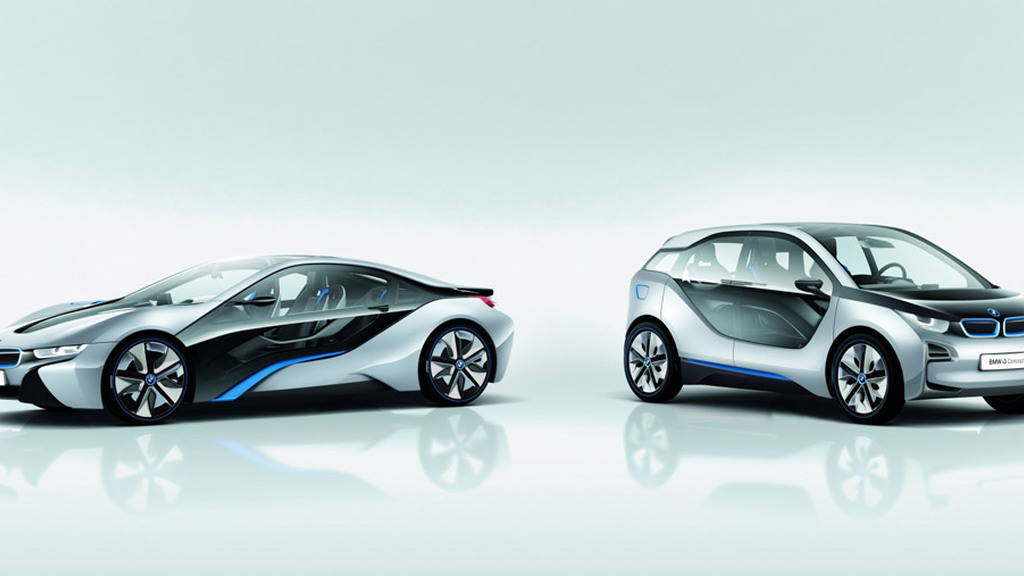 The designs and details of both cars were unveiled in a Frankfurt press conference that was broadcast globally on the Internet. That degree of promotion indicates the importance of the two cars, and their new electric-drive technology, to the future of the company known for “ultimate driving machines.”

The BMW i3 and i8 will take BMW permanently into the market for zero-emission vehicles. The company promises, however, that both cars will have the performance characteristics, driving dynamics, and handling for which the Munich brand is known.

In addition, the i8 pioneers a new 1.5-liter, three-cylinder engine that will be used across a wide variety of gasoline-driven cars to be launched in 2014 and thereafter by both BMW and Mini.

Both ‘I’ cars share an architecture dubbed “LifeDrive,” with an aluminum-framed Drive module that holds the powertrain and suspension mated to a Life passenger capsule built of carbon fiber-reinforced plastic (CFRP).

While the two cars are shaped and styled quite differently, they share design cues that delineate the functions of the two modules. The Life modules are glossy black, with transparent roofs, with the panels of the Drive portions in a blue-tinted silver shade called Silver Flow. Accent lines are in bright Stream Blue, as is the lighted ring around the BMW logo that indicates the ‘I’ sub-brand.

The styling theme is called “Stream Flow,” with one characteristic touch being the C-pillar sweep, in which two horizontal lines converge. BMW expects this line to become as iconic, it says, as the Hofmeister kink in the C-pillar of all gasoline BMWs.

But within these themes, the two cars are quite different.

The i3 is an upright minicar, with a pair of coach doors on each side that open up the entire side of the car, maximizing access to the two bench seats for a total of four passengers.

The i8, on the other hand, is a sleek and aerodynamic two-door sports coupe, with 2-plus-2 seating for a driver and passenger in front, plus children or very uncomfortable adults in the rear—perhaps.

Their powertrains differ as much as their bodies. The i3 battery pack is built into the floor of the car, so there’s no tunnel down the middle. Its electric motor drives the rear wheels, meaning the front wheels can angle sharply for a very short turning circle, useful in congested European cities.

The i8 has an adapted, lower-output version of the same motor, but driving the front wheels. Its smaller battery pack is housed within a tunnel separating the passengers, and the 1.5-liter turbocharged gasoline engine sits between the rear wheels and drives them through a conventional transmission.

Both cars will be relatively low production at first, with industry estimates of i3 production at up to 30,000 units per year. Prices and on-sale dates for both the i3 and i8 will be released closer to production, which is expected to start in 2013 for the i3.

Will the i3 and i8 live up to the promise of BMW-quality performance and handling in zero- or low-emission vehicles with electric motors? For that, we’ll have to wait until the company starts letting journalists and industry analysts drive the two cars—most likely sometime next year.