It’s the end of February, which means that winter is almost over for those of us in the Northern Hemisphere, and Geneva’s prestigious autoshow is just days away.

It may already be well into production in the U.S., but the European version of the 2011 Chevrolet Volt, the 2012 Opel Ampera, produced by GM’s European brand, has seen little more than a few public events and journalist test-drives.

With the same internal structure, mechanics and specifications to its U.S. sibling, the 2012 Opel Ampera features different body panels to give it a more daring, futuristic look than the Volt.

Expect to see the final production version of this car for the first time, along with details of when you’ll see it on the roads of Europe.

Just days after BMW bosses announced that the firm was going green with its all new BMWi sub-brand, BMW is gearing up for the Geneva Auto Show with its ‘production’ version of the all-electric 1-series based electric car, the ActiveE.

Of course, we should note that although termed the production version BMW does not plan at this time to sell the ActiveE, and customers will only be able to drive one through participation in one of a number of lease test schemes worldwide. 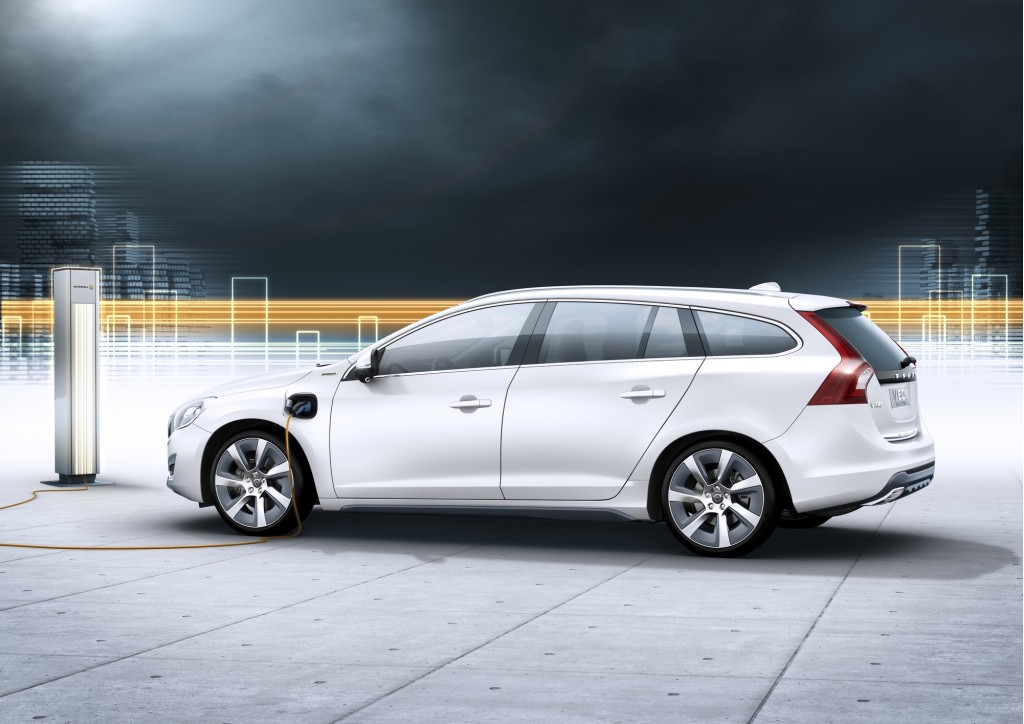 Volvo hasn’t been particularly quick to the plug-in vehicle world, but as our sneak peek of their V60 plug-in hybrid earlier this month proved its first production plug-in vehicle looks good in the flesh and on paper.

Powered by a through-the-road plug-in hybrid system, the car features enough luggage space to swallow up a vacation’s worth of suitcases, five seats, ultra-low emissions and a combined fuel economy of 124 mpg in hybrid mode.  Round town, it transforms into a zero-emissions vehicle capable of up to 30 miles in electric only mode.

Toyota’s answer to the ultra-small 2011 Smart ForTwo, the iQ has been on the market in Europe for several years as a gasoline car. But at next week’s 2011 Geneva Auto Show, Toyota will showcase its iQ EV, an all-electric version of the 3+1 seat car. 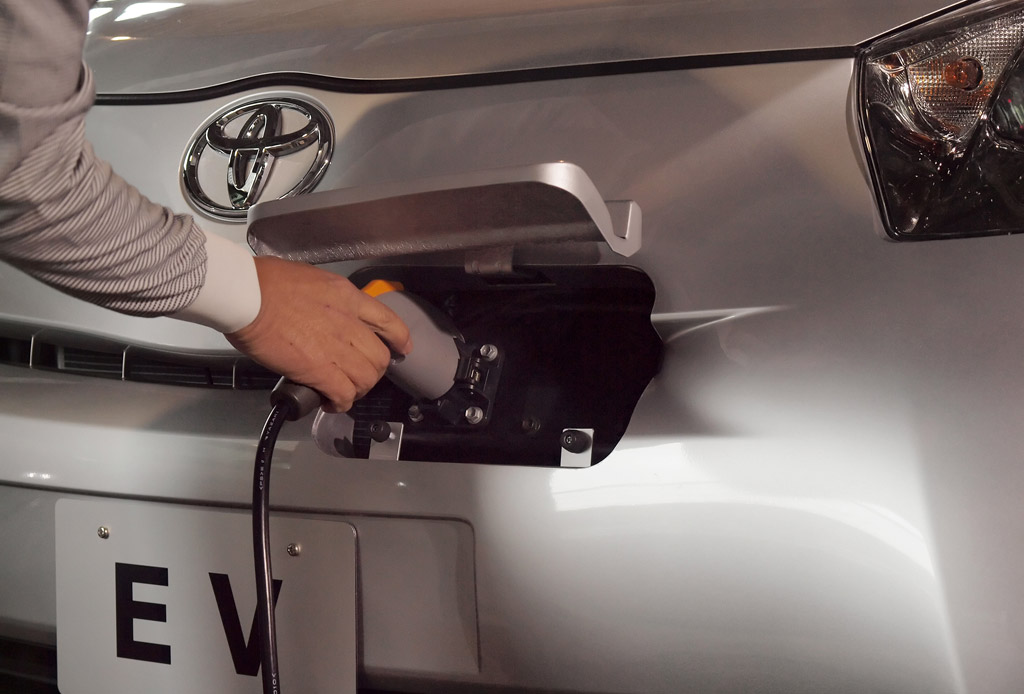 While the iQ has twice as many seats as the Smart ForTwo, don’t expect the iQ to be much more than an urban electric vehicle, unless your idea of fun involves freeway driving in what has to be one of the smallest four seaters available worldwide. 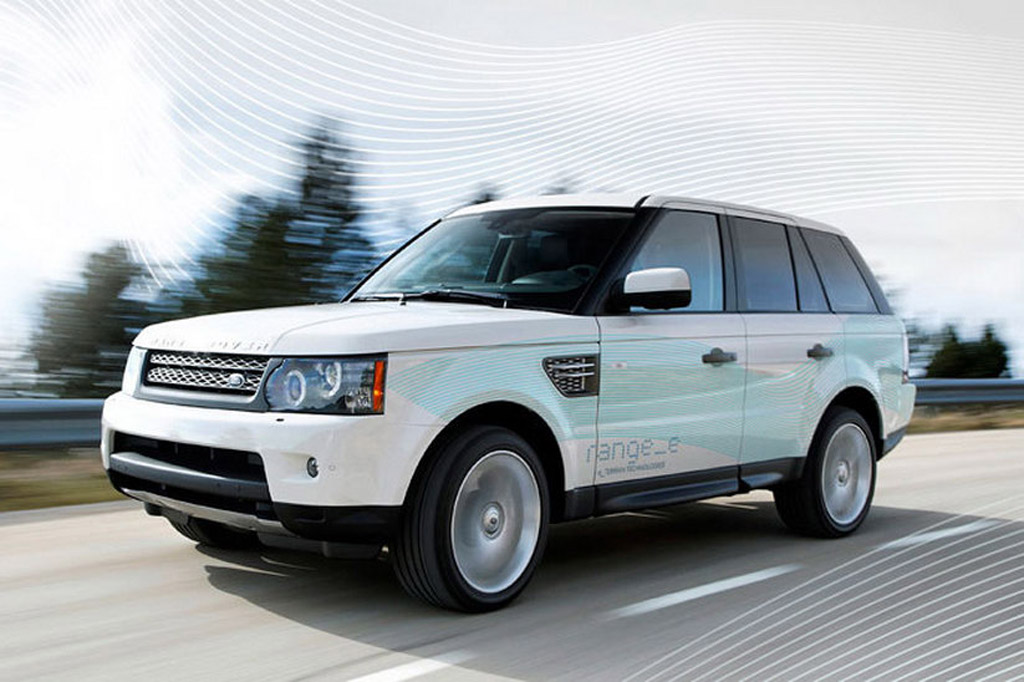 Nothing says autoshow like a set of interesting, inspirational and sometimes impractical concept cars.  This year however, the plug-in vehicles in Geneva seem to be a mixture of cars we could imagine being on the road soon to cars we think will never catch on.

How does an SUV maker become green? Produce a plug-in hybrid version of one of its vehicles.  That’s pretty much the story behind Land Rover’s Range_e concept vehicle, which is due to be unveiled in Geneva.

A combined parallel electric drivetrain and 3 liter Diesel engine provides up to 690 miles of combined driving with a full charge and full tank, but the Range_e will also be able to drive up to 20 miles in all-electric mode.

Is it ready for production? It certainly looks that way, although Land Rover are less convinced. 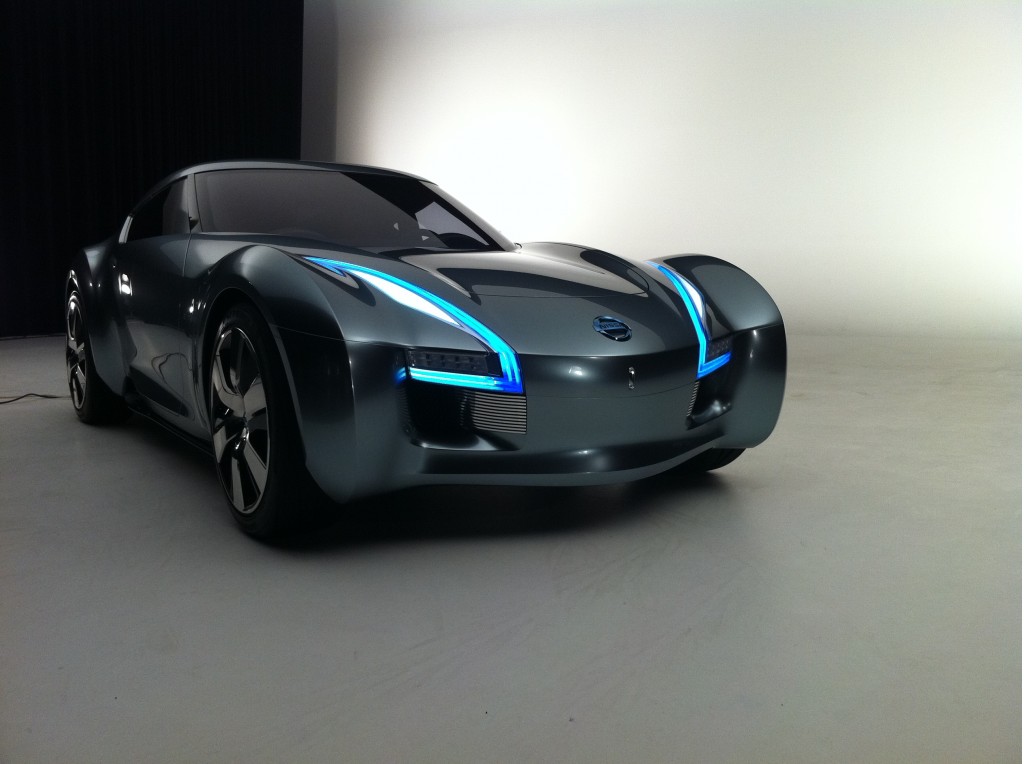 Nissan may be getting bad press over its 2011 Nissan Leaf rollout, but its latest concept sportscar has got everyone interested.

Twin rear-wheel motors drive the car from 0-60mph in under 5 seconds, a lightweight aluminium chassis and classic looks give the car great desirability.

We got an exclusive sneak peek last week at the ESFlow and think its nearly-production quality heavily hints at a likely electric sportscar from Nissan in the not-so-distant future.

Ah, Rinspeed. Maker of the weird, whacky and unbelievable, its past creations have included an underwater car, a glass car and even a flying car.  An automaker which prides itself in the art of automotive design, Rinspeed cars are extremely expensive and consequentially, exclusive. 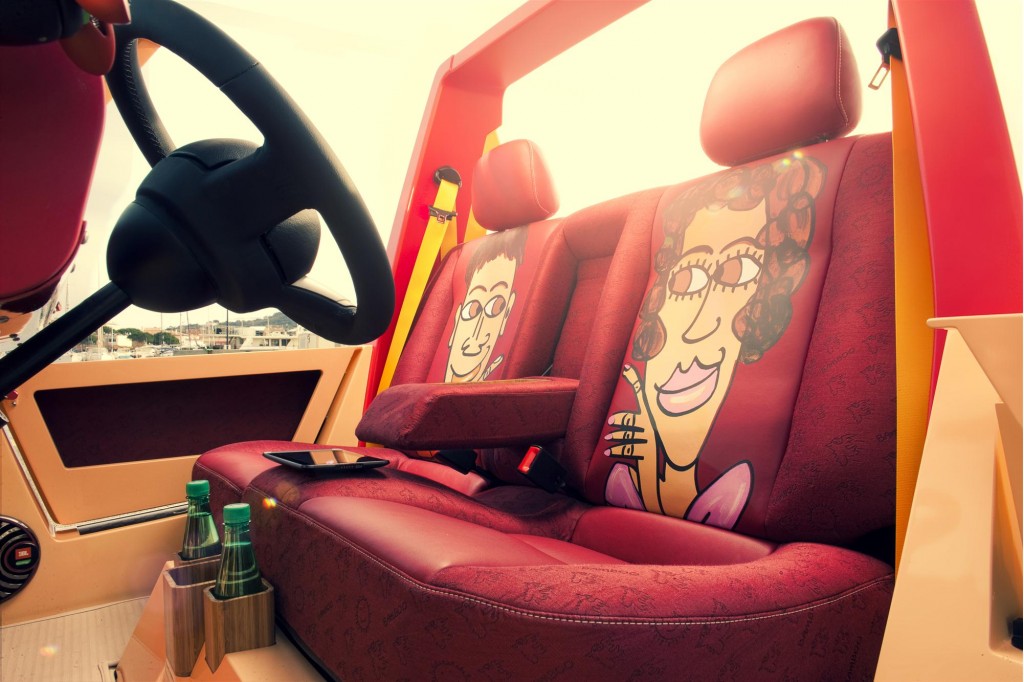 No flying or swimming cars for Rinspeed at Geneva this year, however. Intsead, an all electric bamboo car takes center stage.  Looking something like a cross between a Mini Moke from the 1970s and a Citroen 2CV, we don’t think it will take off any time soon. Thankfully, it is just a concept.

Power is produced courtesy of a mid-mounted lithium-ion battery pack. Unlike some  of its competitors, Abarth is remaining tight-lipped about specifications, so we’ll all have to sit tight until next week to find out more. 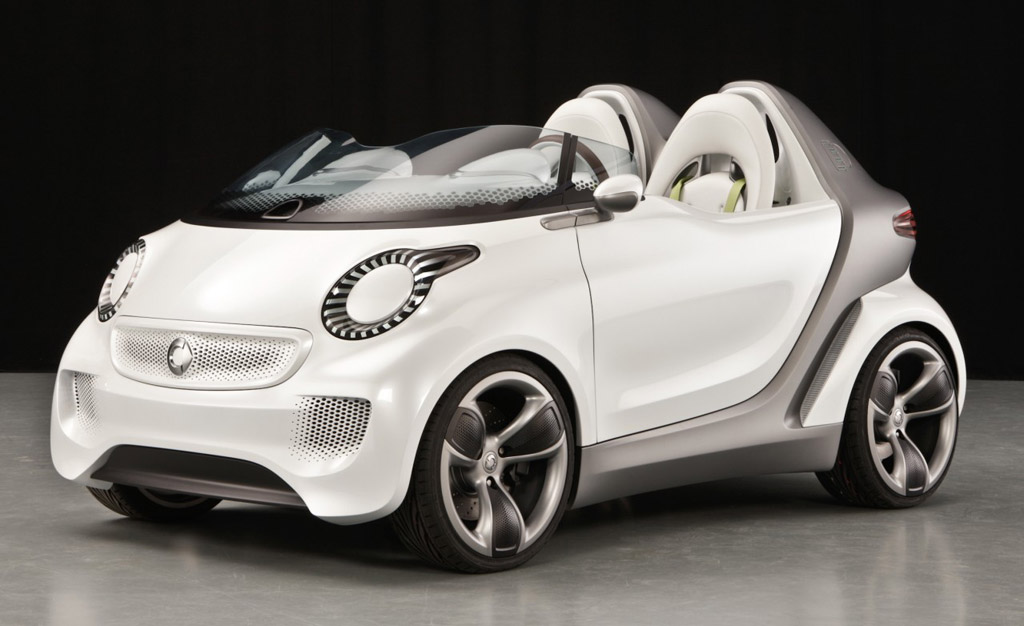 There’s something weird about Smart’s concept department.  On paper its ForSpeed electric car looks great: a range of 85 miles per charge, a top speed of 75 mph and a 0-60 time of under 9 seconds.

But then we noticed the lack of roof.  And the minuscule windshield.

Who are we kidding? It wasn’t that long ago that Smart sold its no-doors, no-windshield, no-roof Smart ForTwo CrossBlade - a limited run production gasoline Smart ForTwo which may have no creature comforts but still commands a very small but loyal following.

An electric topless Smart? Stop laughing: It could happen...

Earlier this week Rolls-Royce entered into the electric vehicle world, which it will unveil in Geneva next week.  Named the 102EX, or Rolls-Royce Phantom Experimental Electric (EE), it promises its legendary ride quality and opulence, but powered by an all-electric drivetrain. 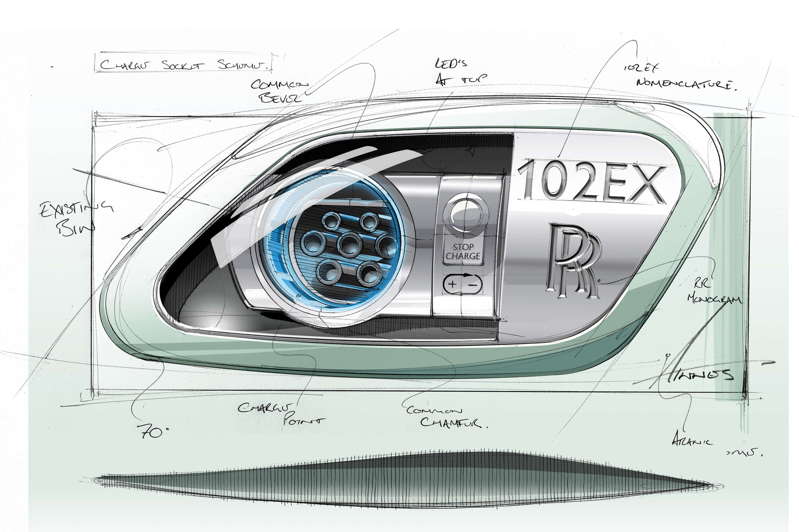 Testing will take place of the vehicle later this year, with vehicles going to Europe, the Middle East, Asia and North America.

Next year, Rolls-Royce is set to provide zero-emissions electric cars to the London 2012 Olympics for the transportation of dignitaries around the U.K. capital. 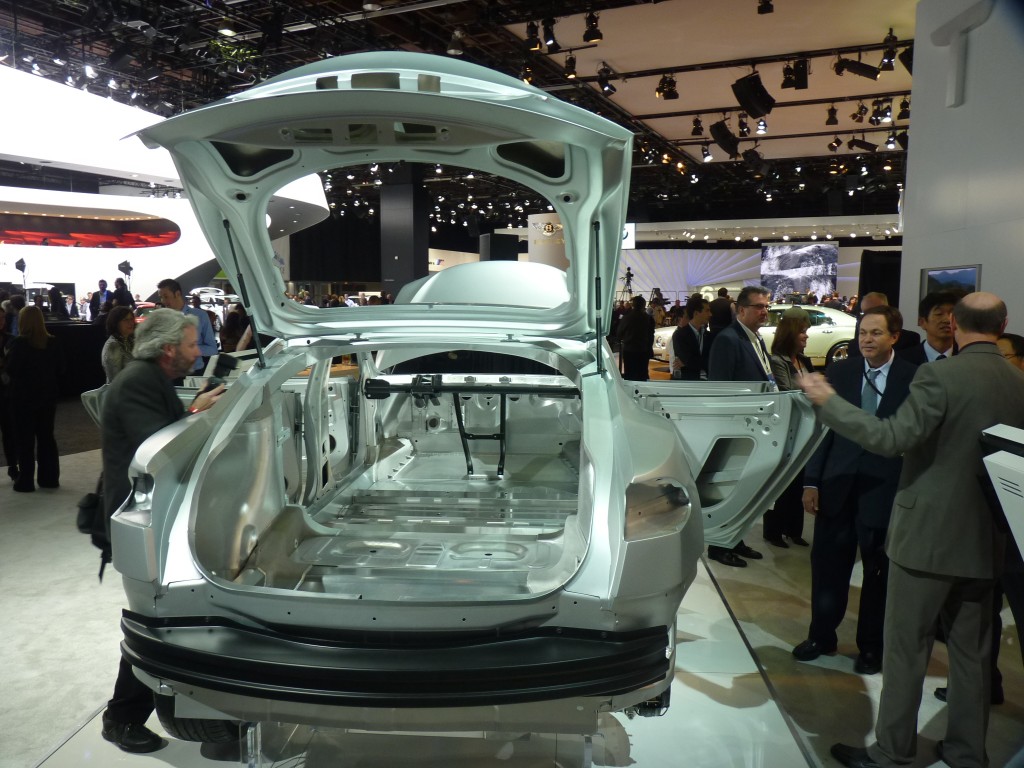 For more information on the 2011 Geneva Auto Show, don’t forget to bookmark Allcarselectric.com and Motorauthority.com in your browser to get the very latest live from the show.  You can also keep in touch by following our twitter stream live from the event.