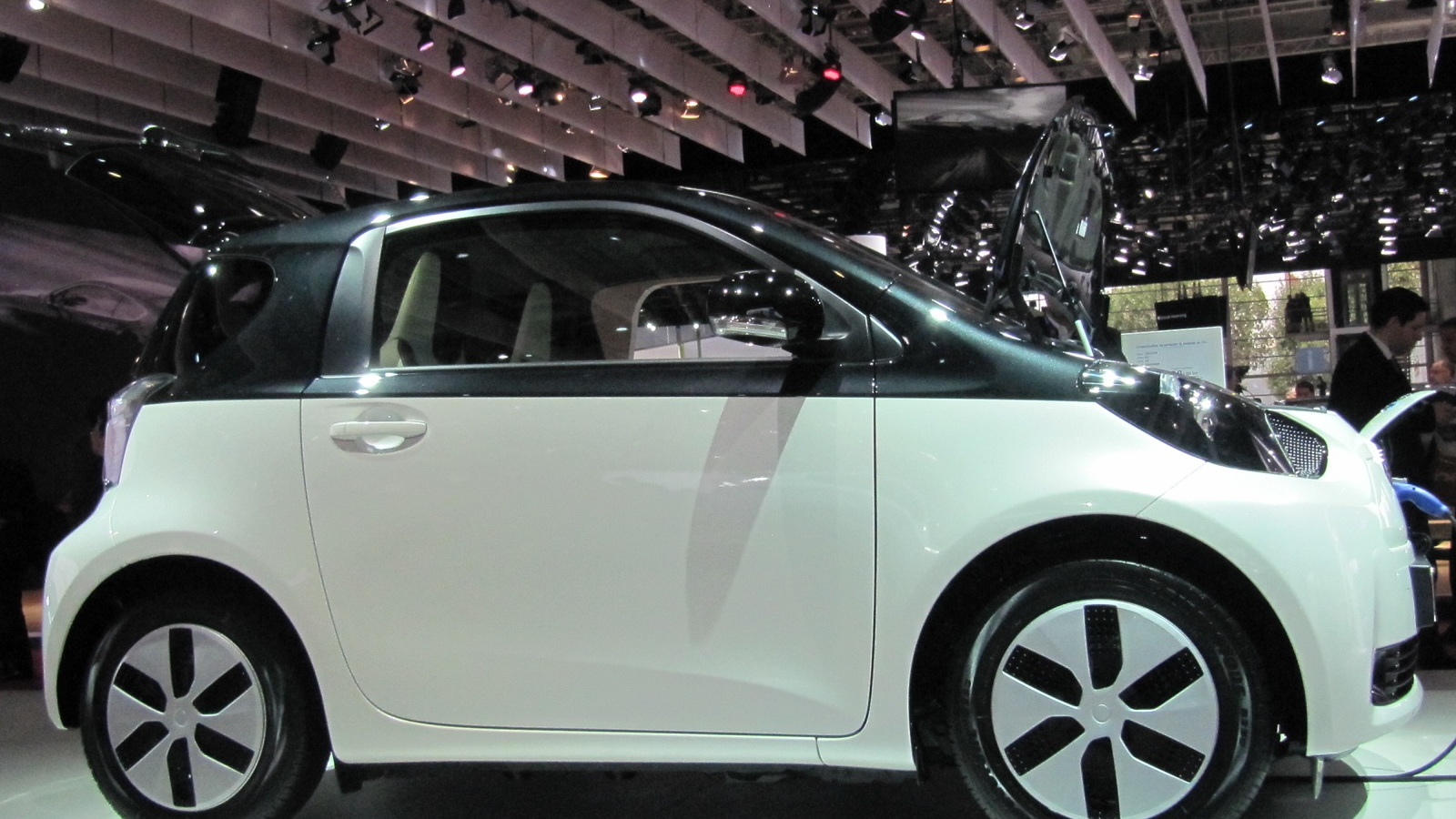 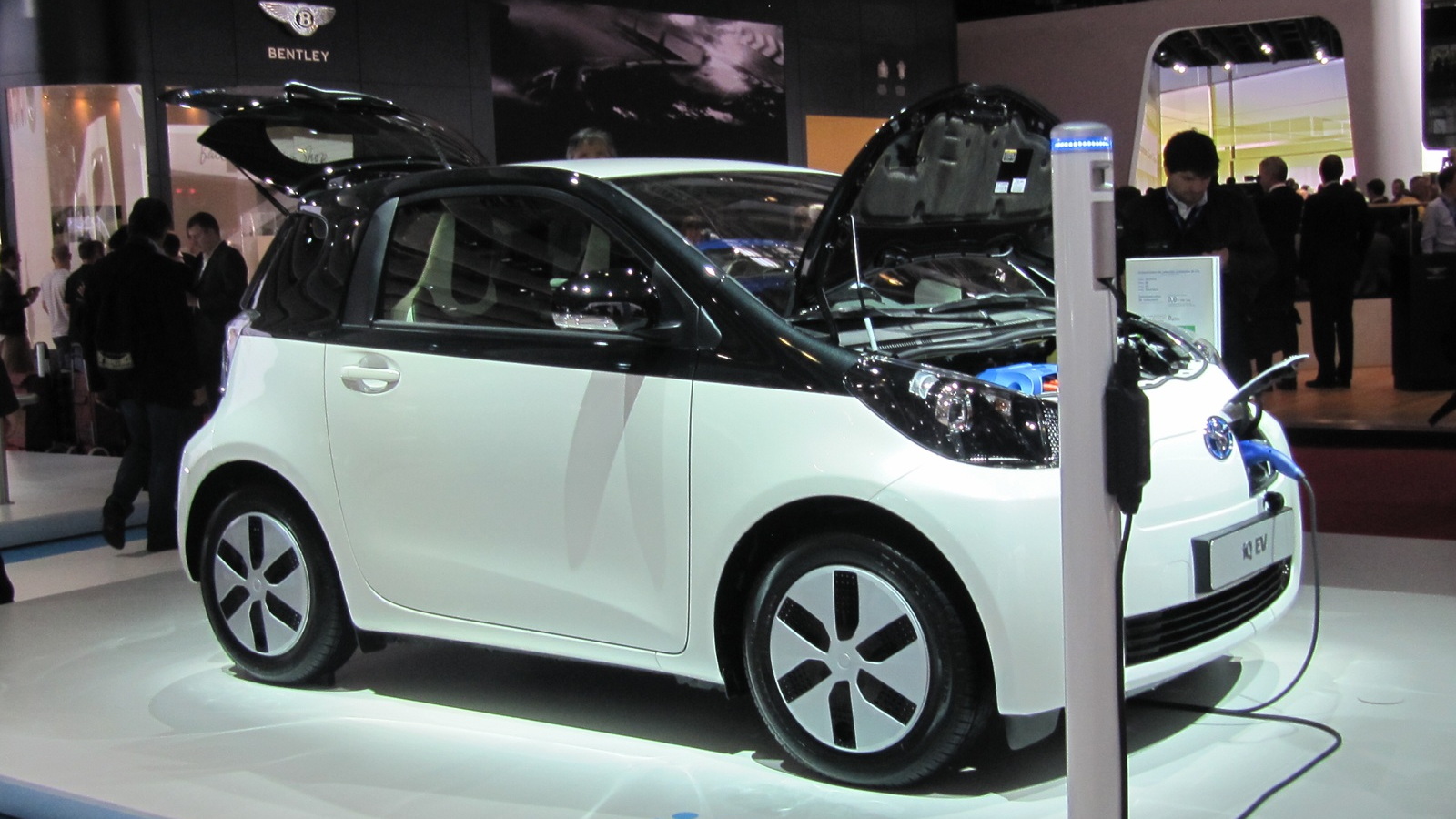 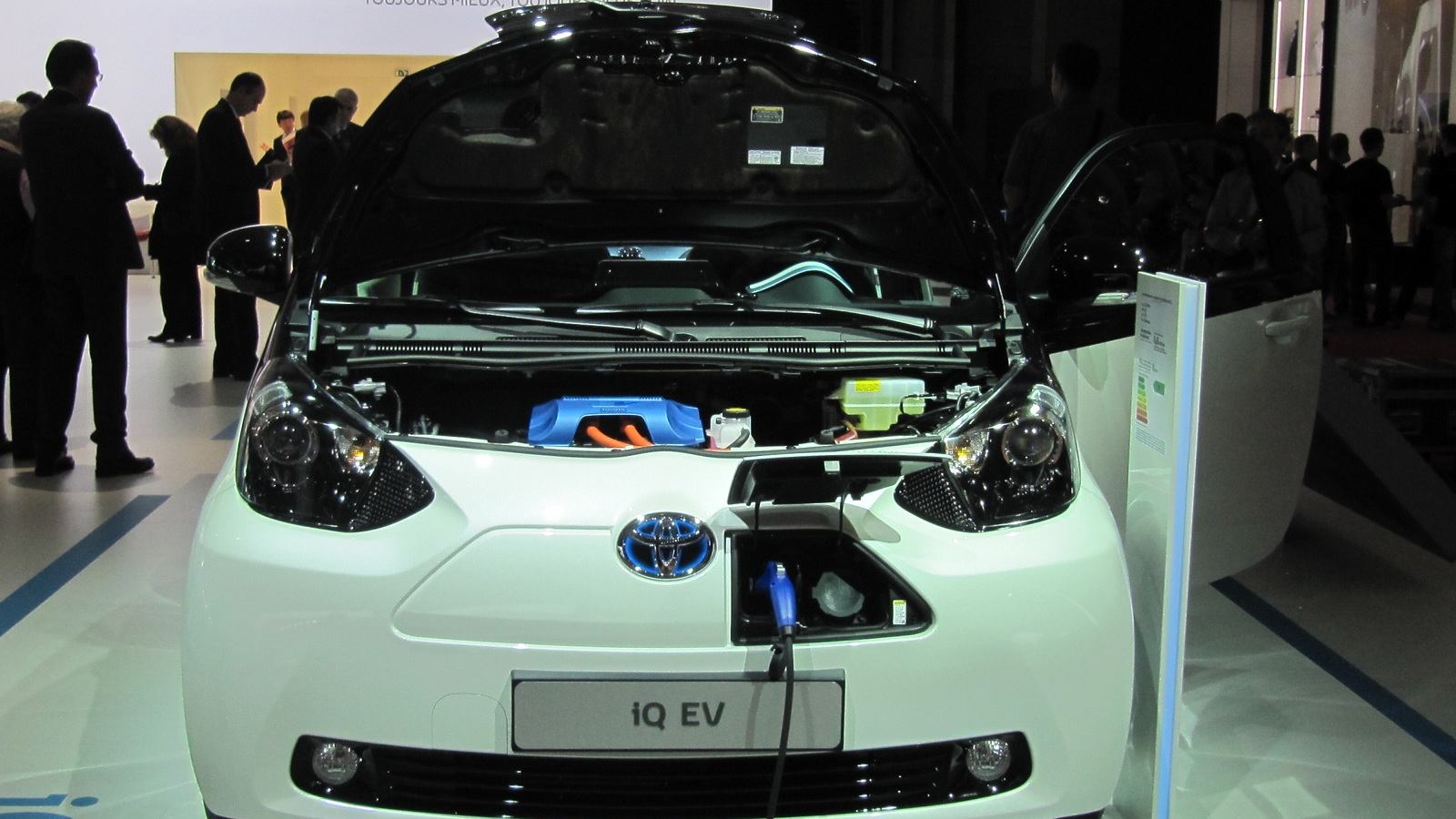 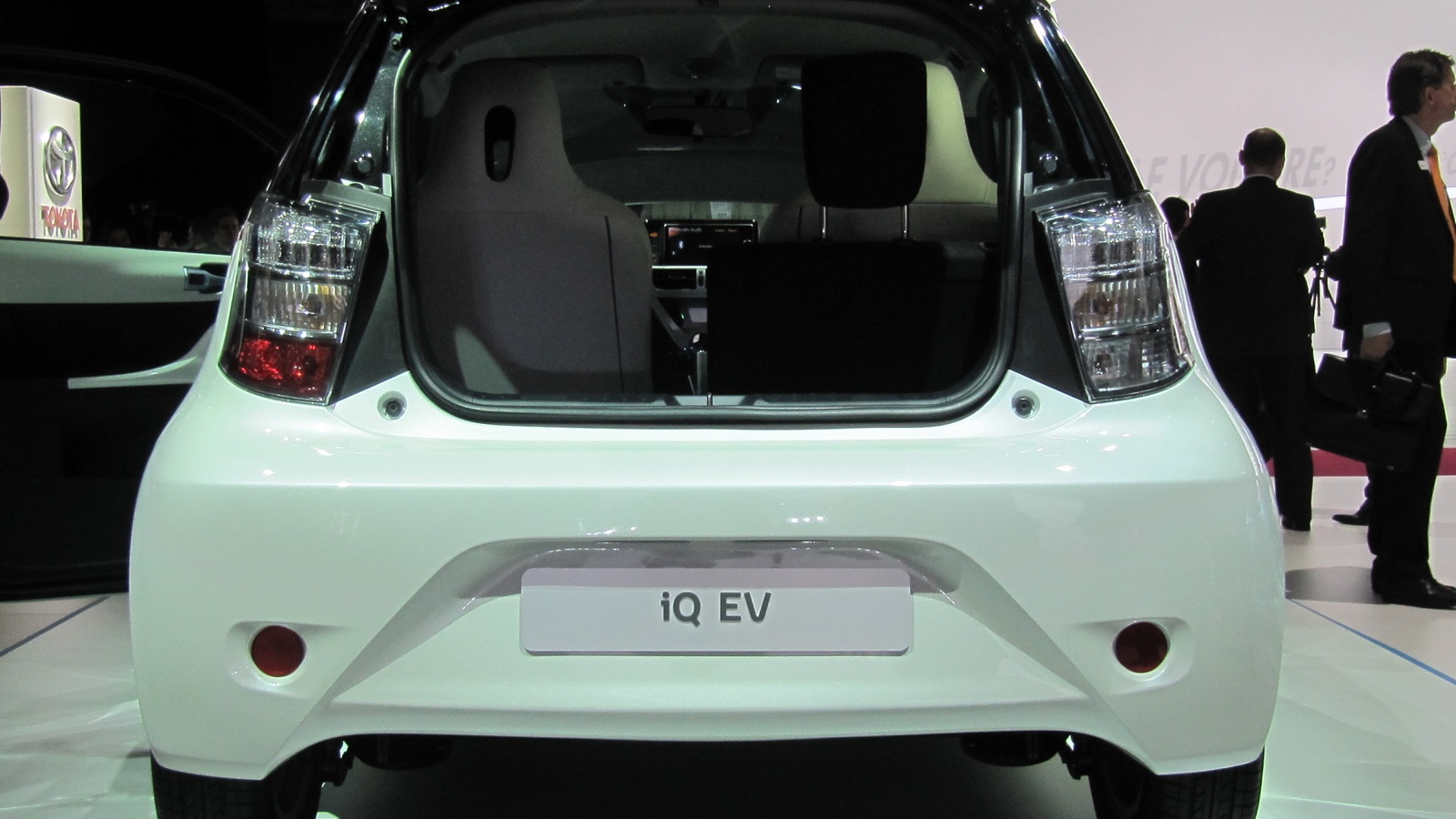 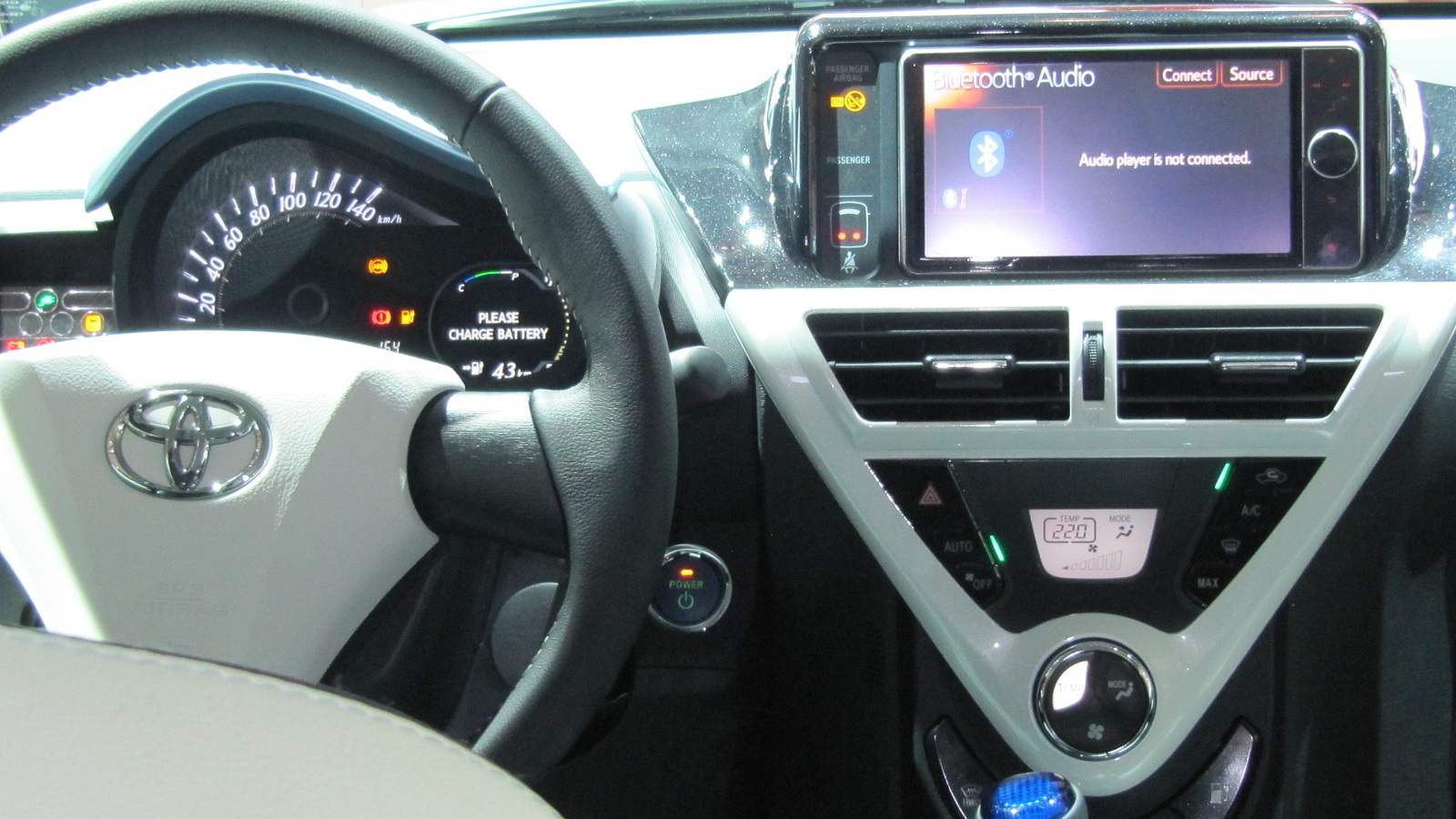 When a major automaker introduces a new electric car, you'd expect a major event with plenty of hoopla.

But at last week's Paris Auto Show, the Toyota iQ EV--a battery electric conversion of the minicar it sells in the States as the Scion iQ--was pretty much ignored by Toyota executives.

Instead, they launched the all-new 2013 Toyota Auris and Auris Hybrid, which are effectively hatchback and wagon models of the new Toyota Corolla sedan we'll see next year.

The Auris may not be sold in the States--it's the same size as the Toyota Matrix hatchback--but it was the company's main focus in Paris.

The little electric iQ, however, was represented by a single car on one corner of the Toyota stand, with a white body and a black roof. It was posed with the inevitable charging station plugged in.

That's because last Monday, Toyota announced that it wouldn't launch the iQ EV as a production model after all.

Instead, it will build just 100 samples of the car, essentially no more than a test fleet.

The battery will recharge in 3 to 4 hours using Level 2 charging, and the iQ EV also includes CHAdeMO quick charging that will recharge the small pack to 80 percent in just 15 minutes.

The front wheels are driven by an electric motor--no peak power output was given--but the car's 0-to-62-mph time is quoted as 14.3 seconds.

For those reasons, we suspect that the electric iQ wouldn't prove to be a very compelling vehicle in the U.S. market--though possibly it could be an effective competitor to the electric Smart ForTwo in Europe and Asia.

With Smart preparing to launch its ED3, the third generation of the electric ForTwo, both in Europe and the U.S., perhaps Toyota felt that company might soak up what little appetite there is for tiny electric minicars.

It has built more than half of the world's hybrid cars, based on a high-stakes technology gamble it took 20 years ago, and electrics aren't a priority if they would cut into hybrid sales.

So the little electric iQ was left to languish in its corner, with its global debut no more than a fading memory.