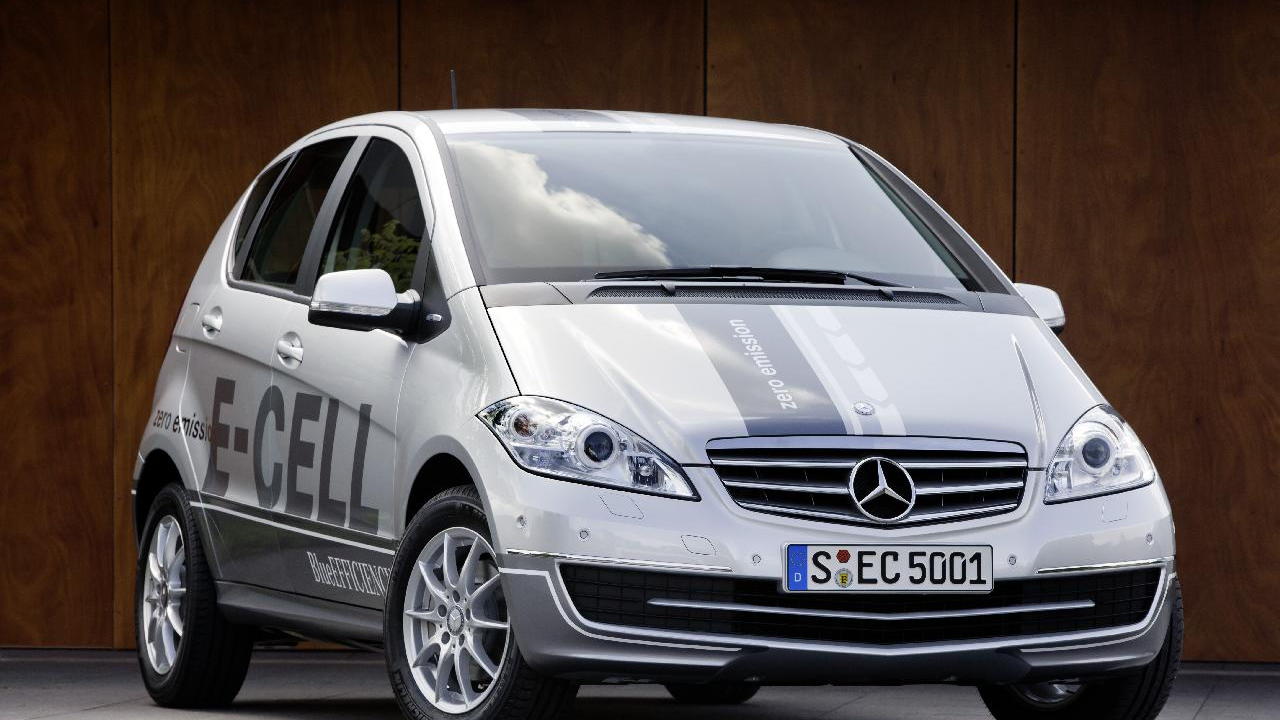 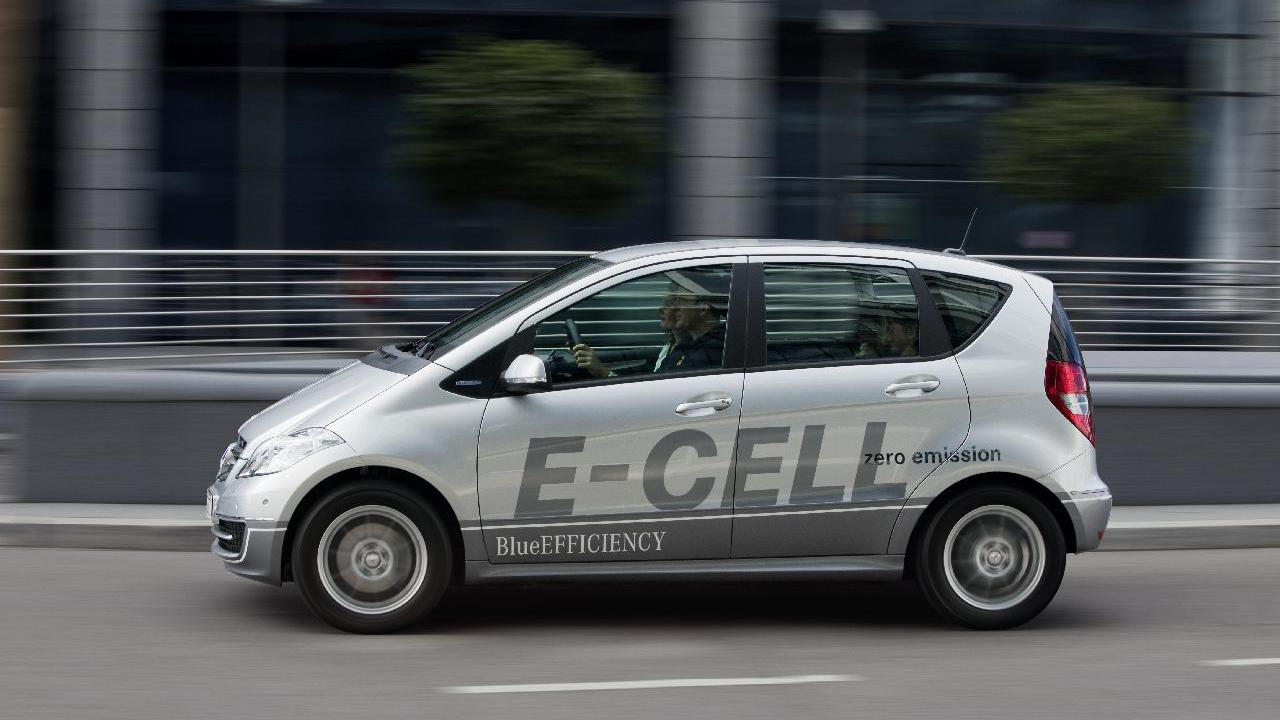 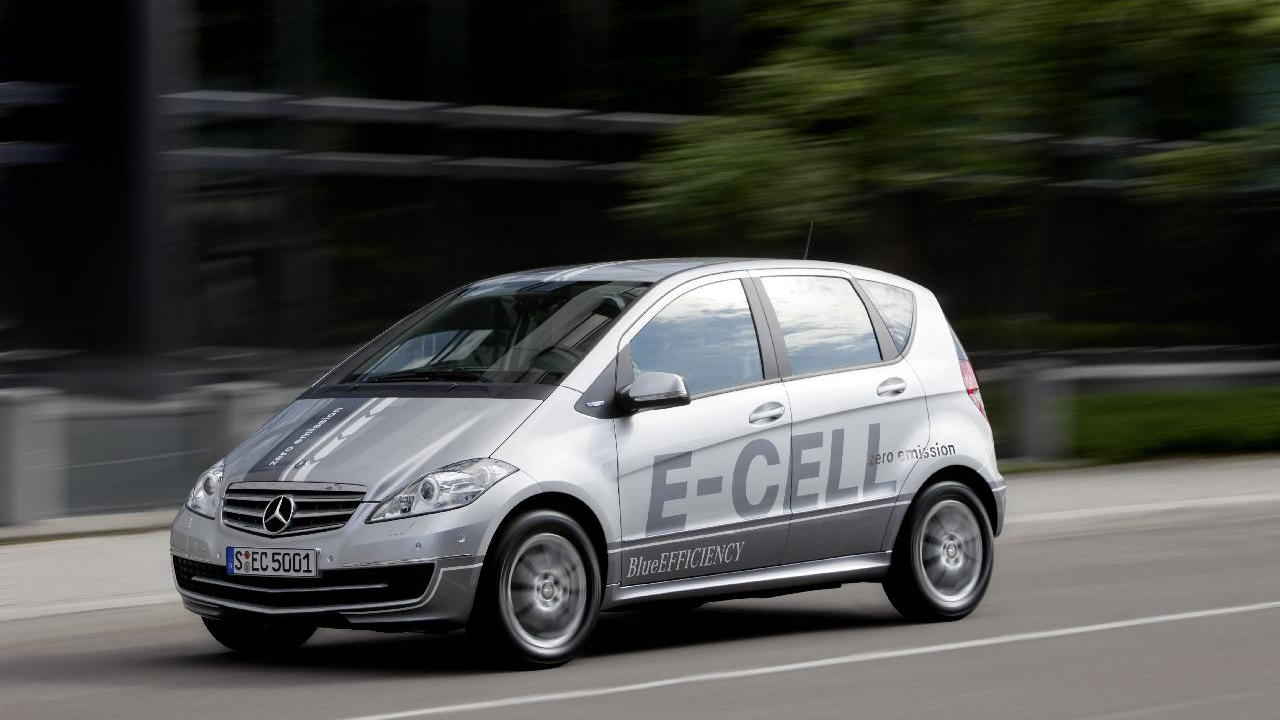 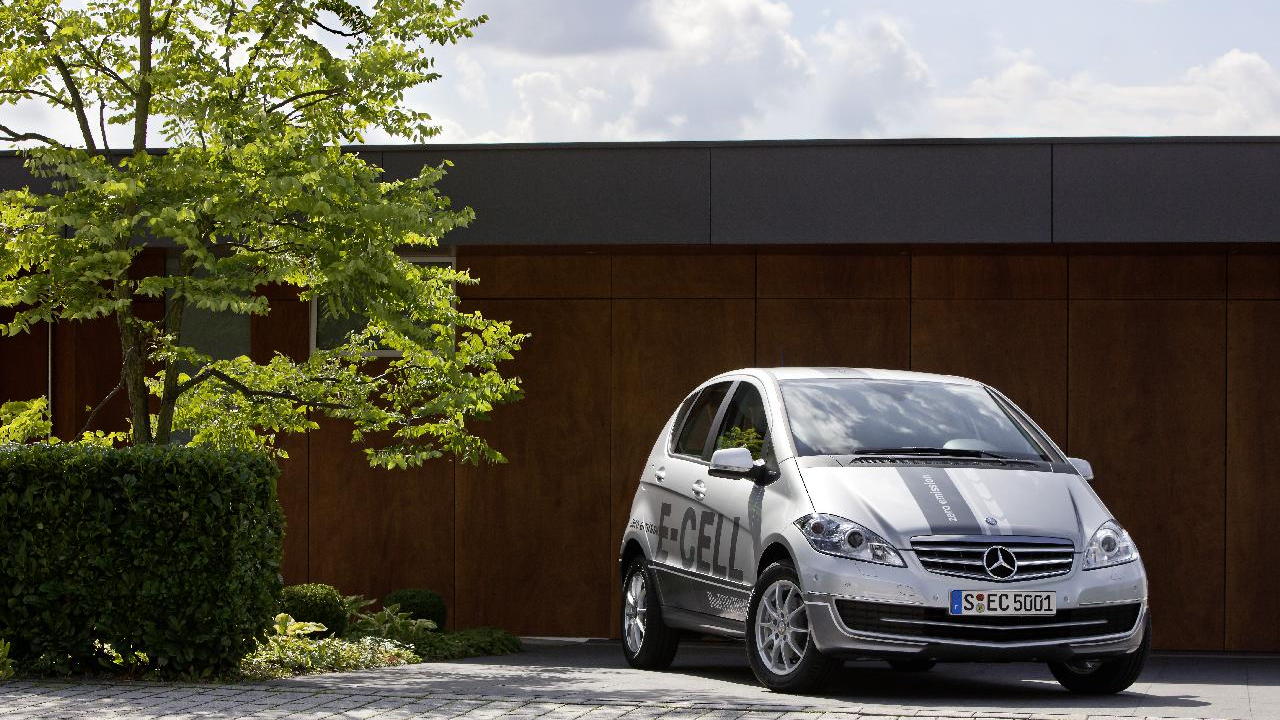 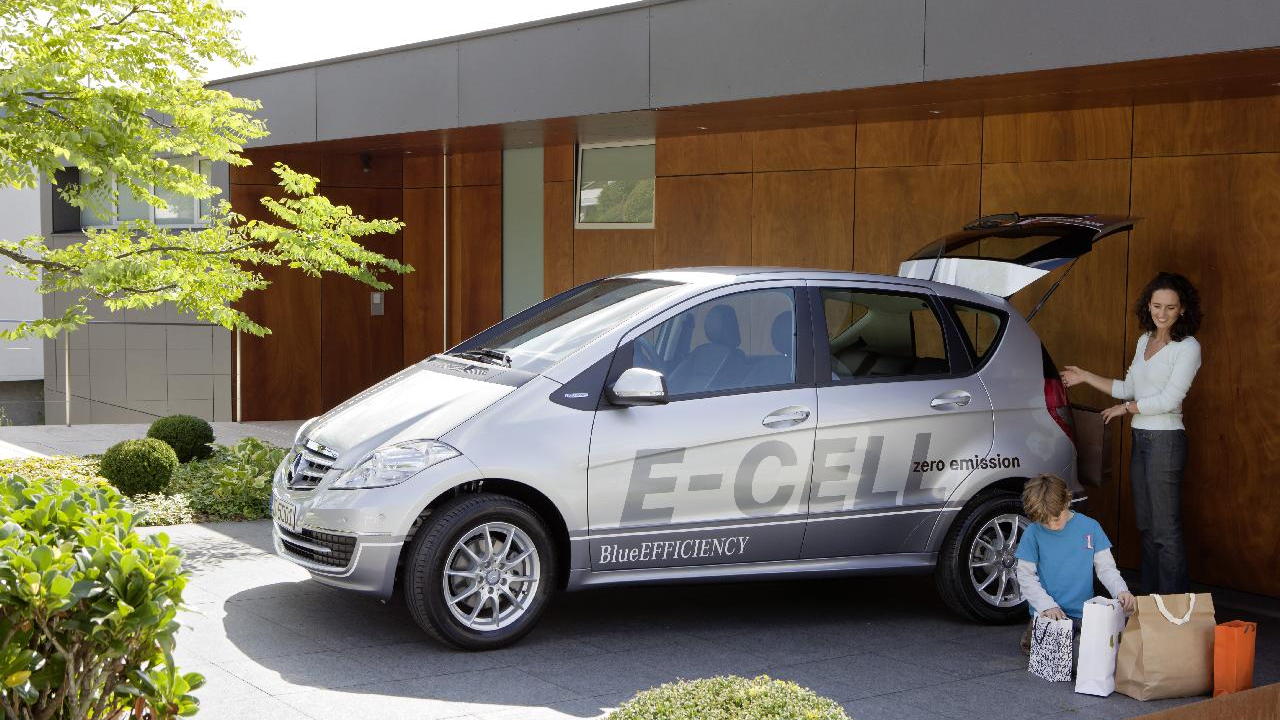 Joining the electric-vehicle party, Mercedes-Benz has released final details of its first mass-produced all-electric car, which will start coming down the line in October at its plant in Rastatt, Germany. Its formal debut will be at the 2010 Paris Motor Show later this month.

Don't get your hopes up, though: The company is only building 500 of them, and they're only available in a handful of European countries, including Germany, France, and the Netherlands. In fact, the A-Class isn't sold in North America at all, making it all but impossible that U.S. buyers might see Benz's battery-electric vehicle.

The 2011 Mercedes-Benz A-Class E-Cell--its full and proper name--uses a 36-kilowatt-hour battery pack engineered by Tesla Motors, which also created a 16.5-kWh pack for the 2011 Smart Electric Drive now being offered in small numbers in Europe and North America.

The A-Class E-Cell battery is actually two separate packs, which Mercedes-Benz admits are simply a pair of same Tesla packs used in the Smart (the math works out, more or less). They power a 50-kilowatt electric motor (capable of 70 kW at peak output) that drives the front wheels with considerably more oomph than the Smart's 20-kW drive motor. 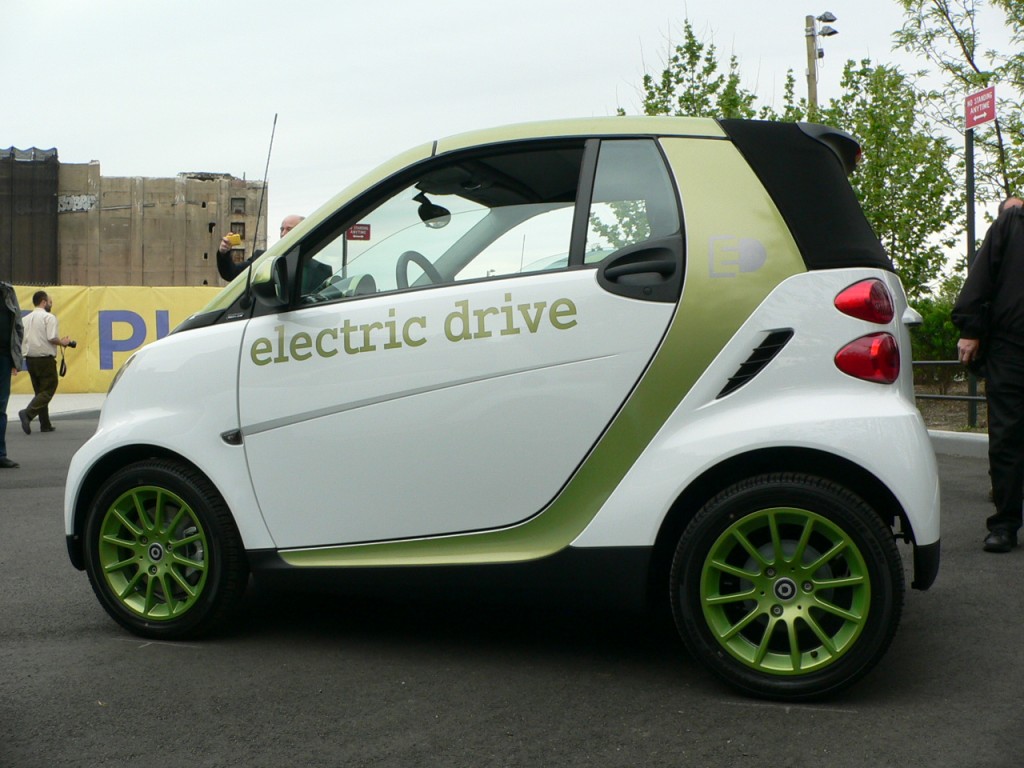 Performance is quoted as equivalent to that of the gasoline A-Class, at 5.5 seconds for 0 to 60. That's 0-to-60 km/h, however, or 0-to-37 mph. Maximum speed is limited to 93 mph, and a "kickdown function" gives an extra boost of power, simulating the effect of shifting to a lower gear in a car with a conventional transmission.

If that doesn't seem all that swift, remember that in Europe,  the A-Class is a family five-seater. And for those family trips, range is quoted at "more than 200 km," or roughly 125 miles. (If driving the A-Class E-Cell is anything like driving a Tesla Roadster, though, range will fall fast as its acceleration tempts drivers over and over.)

Those five seating positions are preserved in the A-Class E-Cell; the car's unique "sandwich floor" construction allows the packs to be housed under the floorboards, keeping their center of gravity low without intruding into the passenger cabin. Benz originally designed the A-Class to accept a hydrogen fuel-cell powertrain, but the space proved ideal for adapting to electric power.

The liquid-cooled battery pack is recharged via a smart charger that accepts a variety of input power types, including single-phase 230-Volt power, which takes roughly 8 hours to add 60 miles of range. Recharging is much quicker at 3 hours when using dedicated 400-Volt wall chargers, very few of which unfortunately exist at the moment. 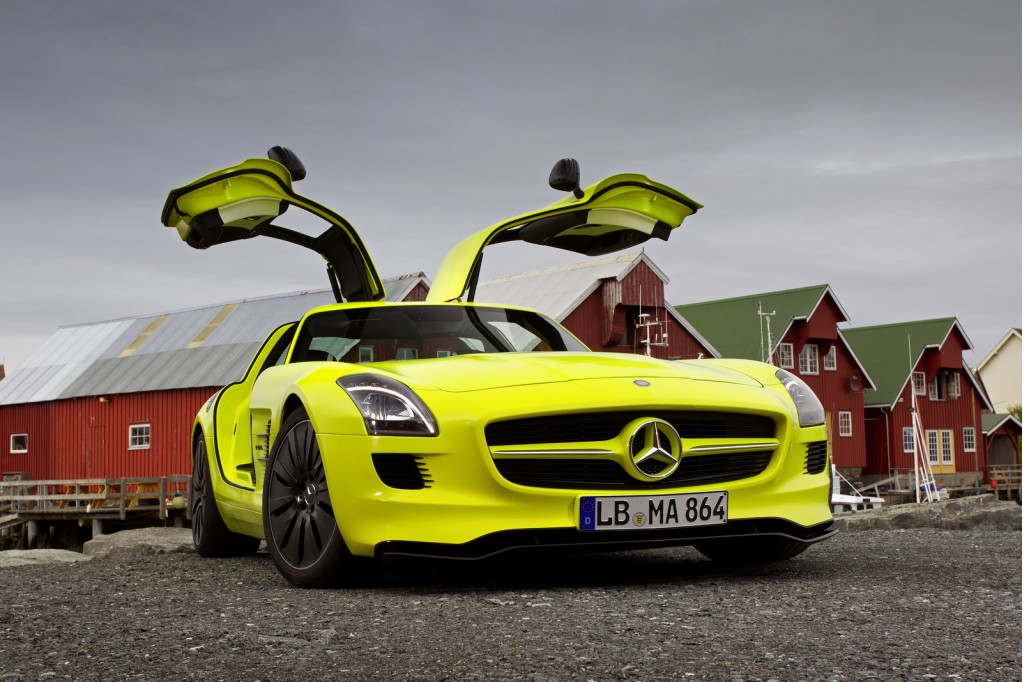 Owners can direct the car to pre-heat or pre-cool itself while still plugged into wall current, to maintain the battery charge at peak levels after recharging. Like most such modern EVs, a mobile phone app lets owners check remotely on state of charge and other operating data.

Only 500, not for North America

ï»¿Just 500 A-Class E-Cells will be built over the next year, offered to drivers on a four-year lease, to allow Mercedes-Benz to collect real-world user data on family BEVs. It's the same scheme used by many manufacturers, including BMW with its Mini E, but the A-Class E-Cell promises to offer greater practicality and slightly more range.

Too bad it's not offered in the States, but we'll have to wait our turn. Of course, there's always the considerably sexier 2012 Mercedes-Benz SLS AMG E-Cell electric supercar ...