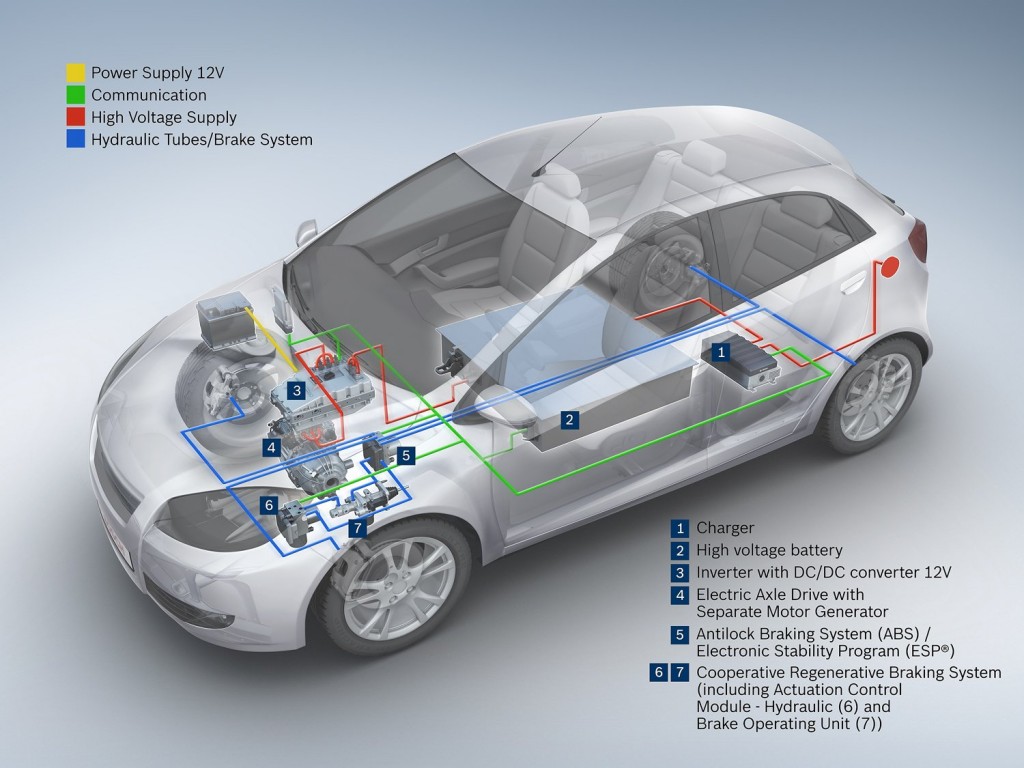 Following the successful launch of Bosch’s parallel full-hybrid technology (in models such as the Volkswagen Touareg and Porsche Cayenne S), the key international automotive supplier is also increasingly investing in the development of powertrain technologies for all-electric vehicles.

With the target market being congested urban environments, Bosch hopes that cars powered by its new EV powertrains will help make the air cleaner by replacing polluting internal combustion engines as the primary choice for consumers. Ideally, the future generation of EVs would be powered by electricity drawn from renewable sources.

Bosch is currently hard at work developing new electric motor and power control technology (components that control the energy flows in hybrid and electric vehicles). The company has also hired hundreds of engineers to further develop lithium-ion battery technology for use in cars, with BMW one of the first major automakers to partner with Bosch for its new EV batteries.

More than $500 million is being invested each year by Bosch in the field of EV development, and work is currently underway to prepare series production of power control components and electric motors in Germany. Going forward, Bosch’s primary objective is to reduce the weight and installation space of these components and increase their efficiency, so as to achieve as great a range as possible on the basis of the battery capacity available.

Eventually, Bosch predicts that out of 100 million newly produced vehicles in 2020, some three million electric cars and plug-in hybrids, as well as six million hybrid vehicles, will be included.

Bosch hasn’t given up development of other powertrain technologies, either. The company believes that hybrids still have a large role to play, as well as hydrogen powered fuel-cell vehicles, which Bosch believes will be relevant for drivers who wish to travel long distances but with zero emissions.