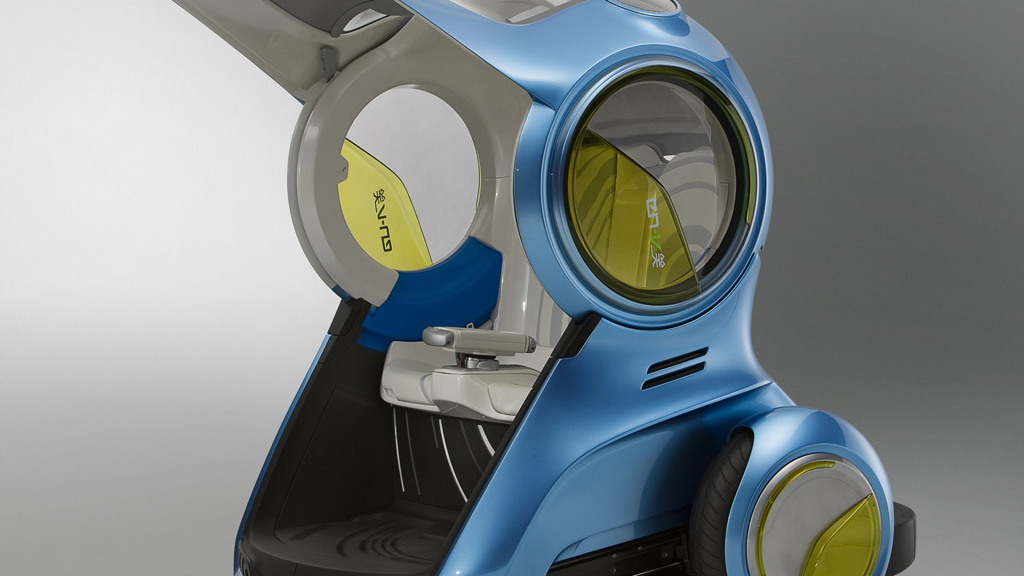 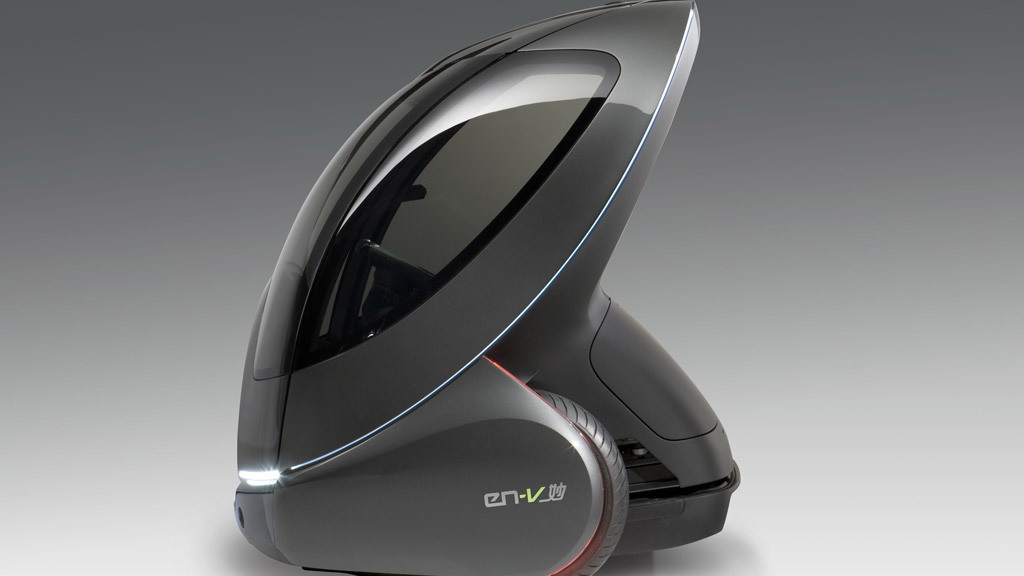 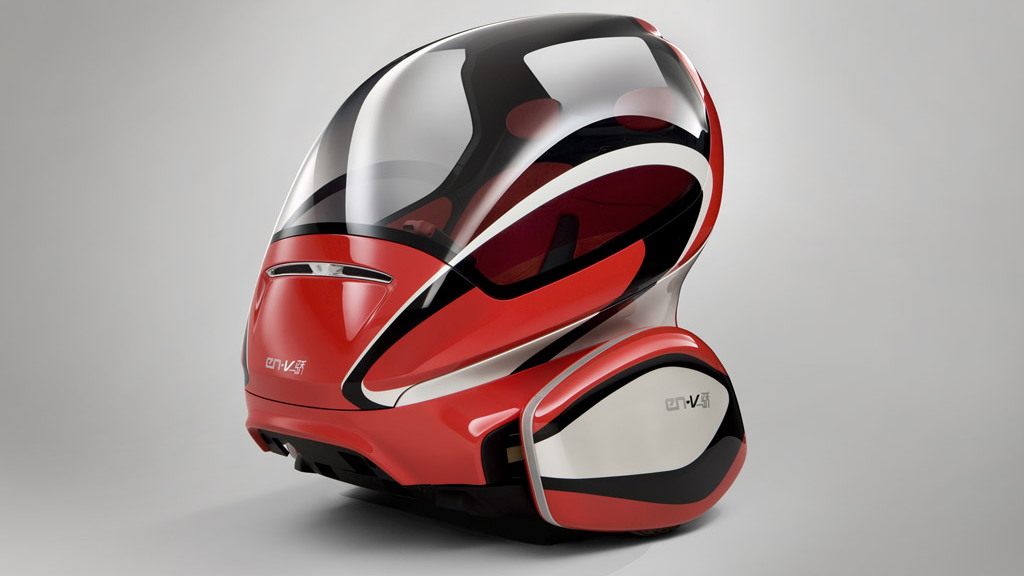 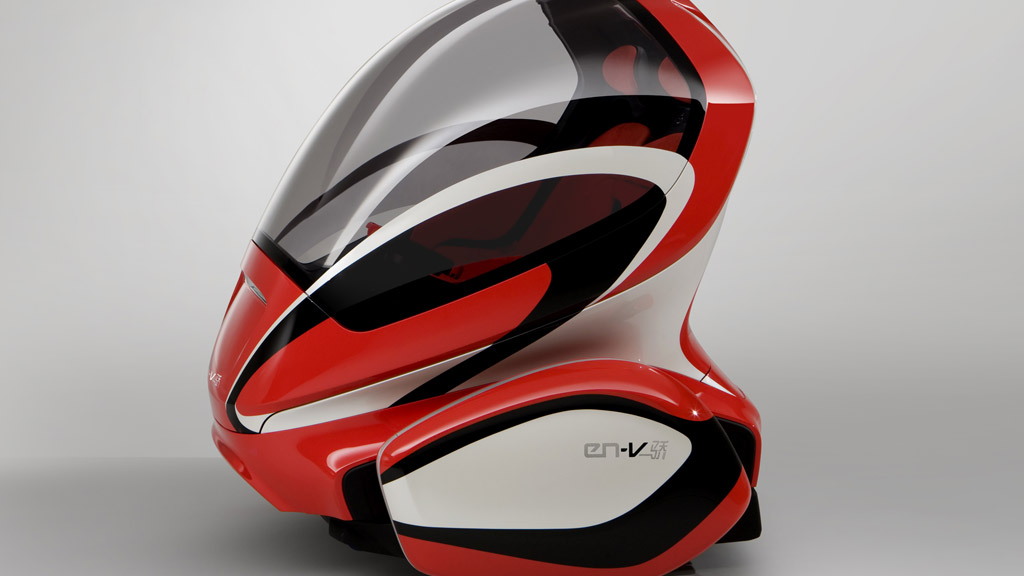 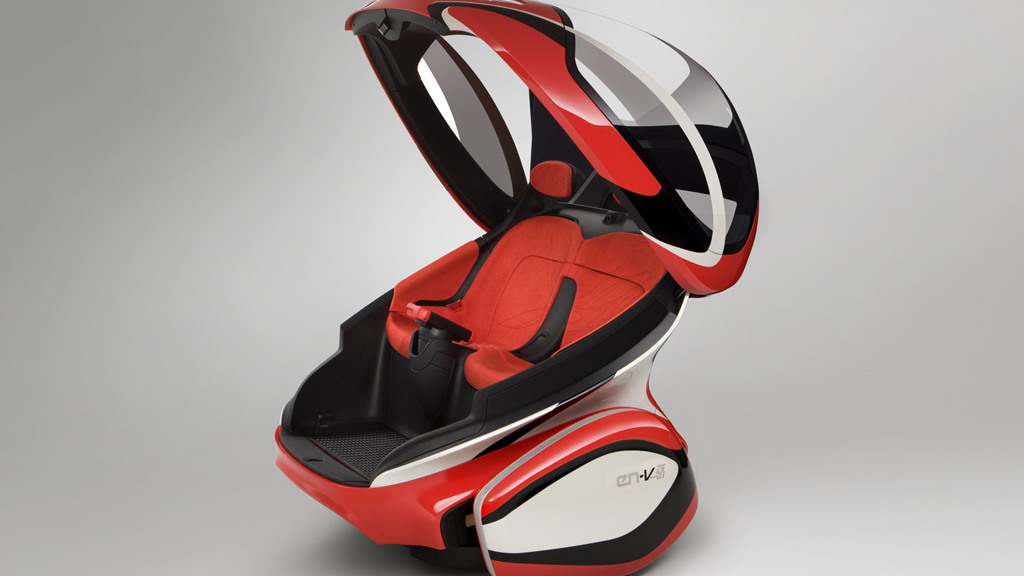 What does personal transportation look like in a new century, when more than 60 percent of the world's citizens live in cities and the number of vehicles on the globe could rise to 2 billion?

Would future urbanites accept the idea of moving around in pod-shaped electric two-seaters with only two wheels? Especially if those pod-shaped vehicles could drive themselves autonomously?

General Motors thinks they might. It has worked quietly on new vehicle forms for a while, and just released a new set of concepts known as Electric Networked Vehicles (EN-V) in Shanghai today.

Segway continues to be a partner for the EN-V prototypes, delivering the platforms underlying several different designs.

The Project P.U.M.A. prototype used two electric motors, a lithium-ion battery pack, and “digital smart energy management” to carry two or more passengers at up to 35 miles per hour. Range is expected to be roughly 25 miles.

The EN-V concepts are built from carbon fiber, Lexan, and acrylic materials, weighing slightly more than 1,000 pounds, or roughly one-quarter of the average U.S. vehicle today. The footprint is just one-third that of a standard vehicle, and the two wheels allow an EN-V to rotate inside its own length.

Ultimately, the vehicles might drive and park autonomously--especially during peak traffic periods--by communicating amongst each other to avoid traffic jams. They will also communicate with the power grid to recharge themselves at optimal times.

Why smaller and autonomous cars? Because according to futurists, the world may have eight billion humans living on it by 2030, of which more than 60 percent will live in urban areas.

It's simple: There won't be room for larger vehicles.

So assuming it met all safety standards, would you be willing to travel locally in a two-wheeled pod that could drive itself to avoid traffic--letting you talk on the phone, answer e-mail, or watch a movie?

Tell us your thoughts in the Comments section below.