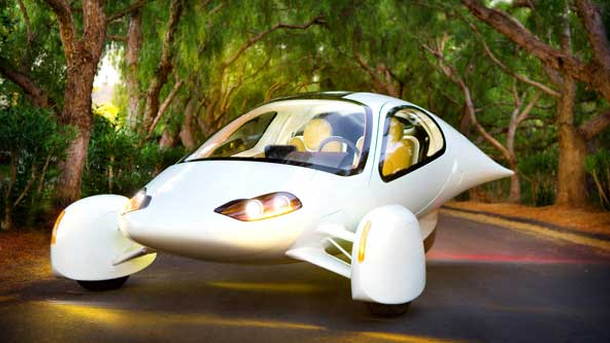 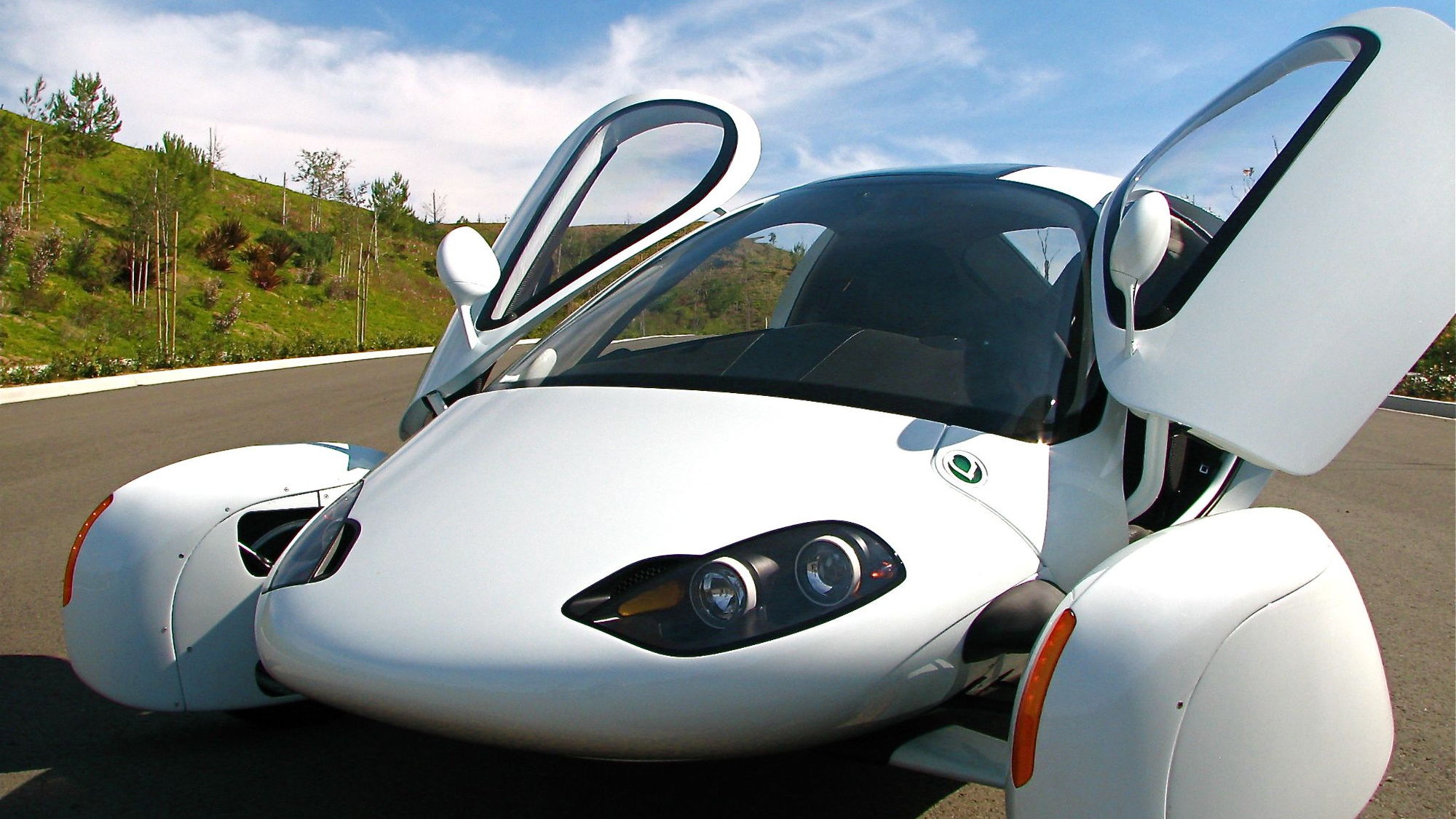 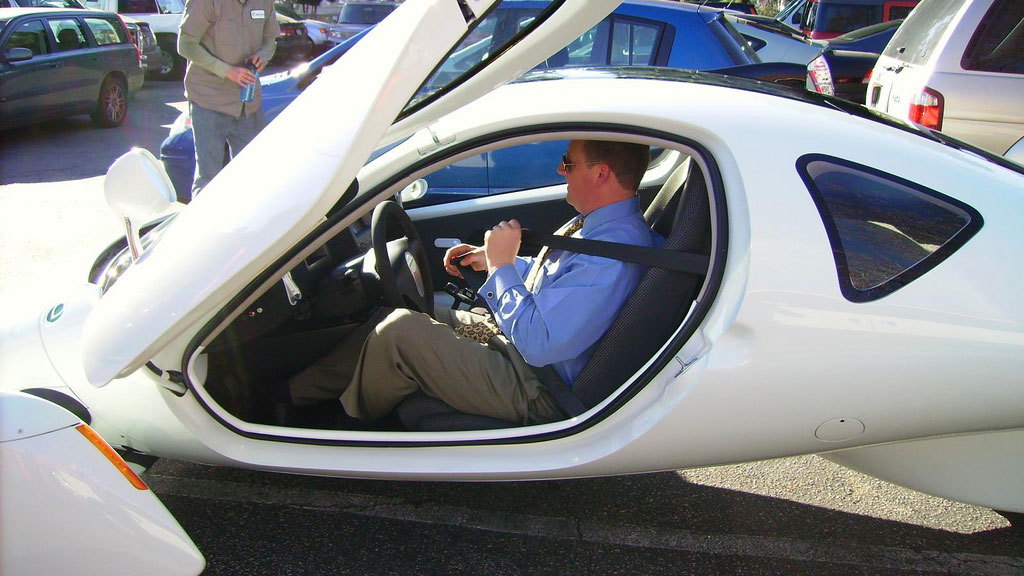 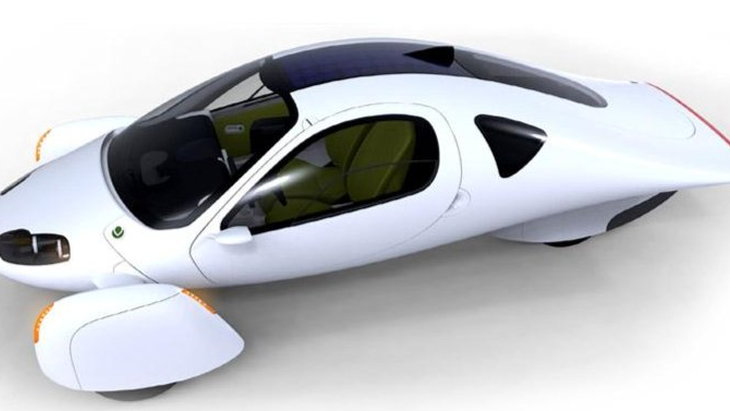 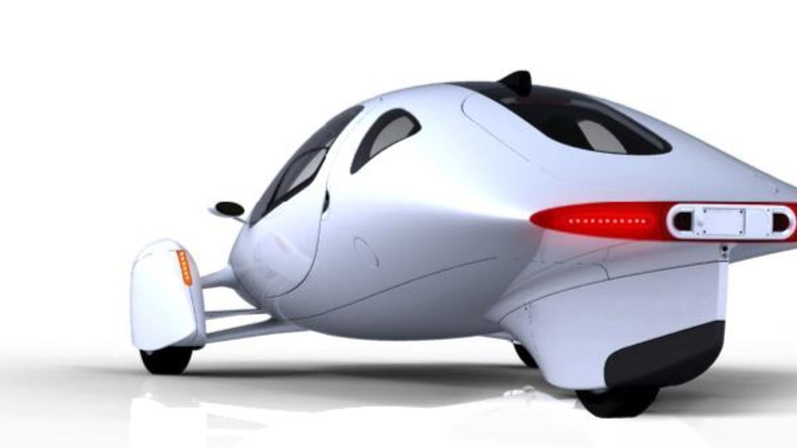 To green-car fans, the idea of an ultra-aerodynamic electric two-seater sounds pretty familiar, right? Think the late, lamented EV1 from General Motors, subject of the controversial documentary, Who Killed the Electric Car?

But for more than 4,000 people who've put down deposits on the 2011 Aptera 2e, the EV1 just seems so ... Nineties. And now a sketch of the final production version of the Aptera 2e has leaked onto the Internet, courtesy of the rabid fans at the Aptera Forum.

GreenCarReports.com visited Aptera last week, spending three hours interviewing staff and riding and driving one of a handful of 2e development mules. While they photograph fine, each one has a different system under development: high-voltage power, suspension, interior, body fittings, etc.

So our driving impressions can be summed up quite simply: We drove a work in progress that's likely to get smoother, more powerful, and more refined before the first paying customer takes delivery.

Those production vehicles will be approximately 10 percent larger in every dimension than the vehicle we drove, said chief marketing officer Marques McCammon. As many have noted, the rear side window is larger and the greenhouse is deeper, giving a lighter and airier interior.

The windows will roll down, at the request of Aptera buyers who use drive-throughs, and the fairing that covers the rear wheel (or wheels) is deeper and longer than before.

Still no word yet on pricing, though. It's been rumored to be between 25,000 and $45,000, quite a large range. Those first 4,000 buyers may want their Apteras just for shock value. And, we can attest, it's a car that attracts stares no matter where you take it--even in Aptera's home industrial park outside San Diego, where 2e prototypes have been running around for more than a year.

The Aptera is currently defined under Federal Motor Vehicle Safety Standards as a motorcycle, though that may change. More importantly, the 2e will undergo every safety test required of any "car" and the company has total confidence its composite shell will do just fine.

And, answering a question that must have popped into many minds, you do not need a motorcycle license to drive an Aptera in California.

Bigger inside than a Chevy Volt

While it has only two seats, the space behind them offers a fair degree of storage. Aptera claims it has more storage space than a Honda Accord, and more overall interior room than the upcoming 2011 Chevrolet Volt. Not that buyers of the two seem likely to cross-shop, since the Volt is a four-seat, four-door hatchback, while the Aptera is a two-seat, two-door hatchback.

Given the 2e's projected drag coefficient of 0.15, we'd hazard a guess that the Aptera can probably move more weight on less energy than any other road vehicle in the world. By comparison, the GM EV1 had a drag coefficient of 0.19, the 2010 Toyota Prius equals the 2000-2006 Honda Insight at 0.25, and the most aerodynamic 2010 production car is the Mercedes-Benz E-Class coupe at 0.24.

Ultimately, Aptera plans to offer not only the fully electric drivetrain of the 2e, but also a plug-in hybrid version (the 2h) that will likely use a very small, very efficient gasoline engine as a range extender for the lithium-ion battery pack.

The Aptera's never-before-achieved aerodynamics, guaranteed 100-mile range, and lithium-ion battery pack (against the EV1's lead-acid) make it the leading contender for electric-car minimalism in the service of maximal efficiency. We look forward to our road test of the final production version.