Gas prices run on supply and demand. And despite U.S. efforts to stabilize supply, Russia’s attack on Ukraine is sending pump prices to the moon—leading many more Americans to once again think about fuel efficiency.

Analysts highlight that there hasn’t been a surge in U.S. gas prices this steep since Hurricane Katrina in 2005—when critical oil-and-gas infrastructure within the country was ravaged.

According to AAA, the current national-average price of gasoline, as of Saturday, is about $3.92—up 9 cents from Friday, 32 cents from a week ago, 48 cents from a month ago, and $1.17 from a year ago. 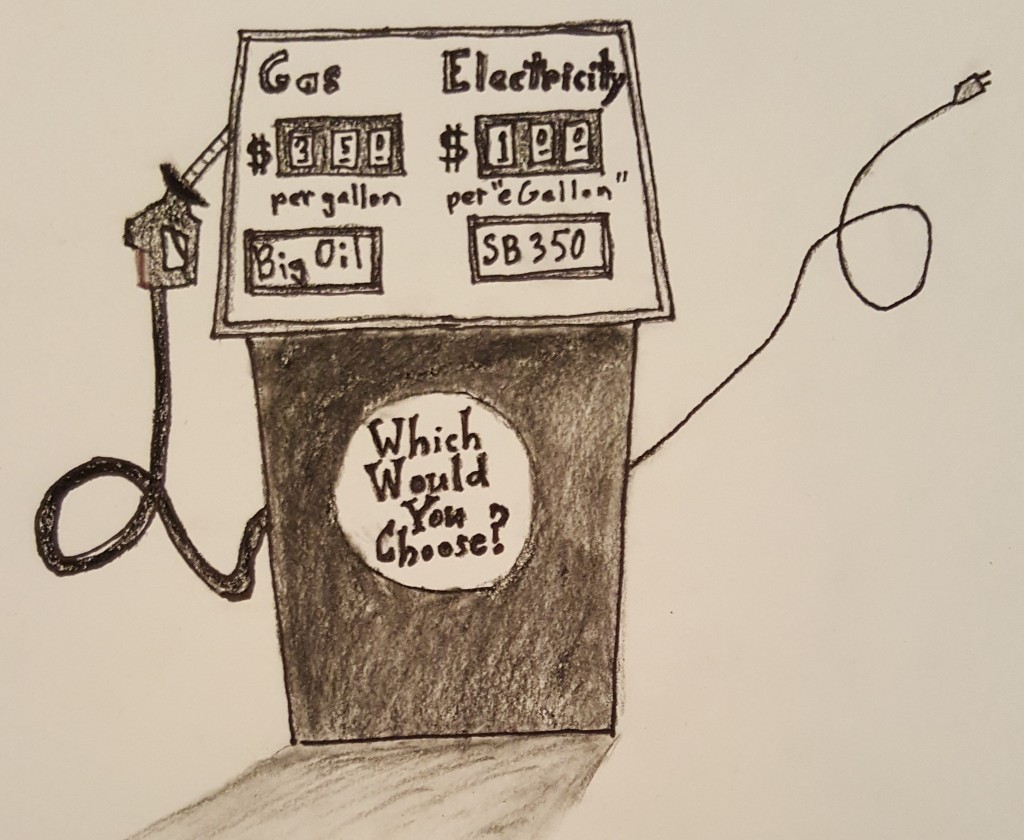 'Which would you choose: Gas or Electric?' California SB 350 [via Natural Resources Defense Council]

As we underscore often, fully electric cars offer both lower running costs and a green advantage, with lower carbon emissions that get stronger as the grid adds more renewable sources like wind and solar to the mix and lessens dependencies on fuel markets spanning overseas. But if plugging in isn’t yet a possibility, there are a number of widely available cars that achieve 50 mpg combined or more based on EPA ratings.

Keeping money in mind, we looked at which new vehicles hit that 50-mpg bar while costing less than $30,000—well below today’s inflation-addled average new-vehicle price of more than $45,000.

This is an updated list based on one we compiled last year. We’ve checked and updated all the prices, as of March 5, 2022, and corresponding EPA ratings to fit the 2022 model year vehicles you’ll find at dealerships.

Fuel economy and pricing are cited for the highest-mileage model from each lineup, with each model listed only once—although we’ve teased a few plug-in alternatives where relevant. Base prices are listed including mandatory destination fees.

The Ioniq beats the Prius at its own game, and from what we’ve seen, Hyundai’s hybrid system will outperform the Prius for highway mileage, and it’s more relaxed on the highway. For those who think they can plug in, the Ioniq Plug-In Hybrid SE starts at $27,845, not counting $4,543 EV tax credit eligibility. It can go 29 miles on a charge and its combined rating is 52 mpg versus 59 mpg for the Ioniq Blue. As we’ve found, though, the plug-in returns about the same mileage as the Ioniq hybrid without a charge.

The current generation Prius is a little weird-looking,  But underneath the skin, Toyota made it a better car all around. It’s sportier than ever, and more efficient than anything else on the market in city driving. You can even get one with all-wheel drive and 50 mpg, or in plug-in Prime guise, with 25 all-electric miles and 54 mpg as a hybrid. The Prius maintains a strong reputation for longevity and reliability, though it’s lost some of its green-car luster as of late. 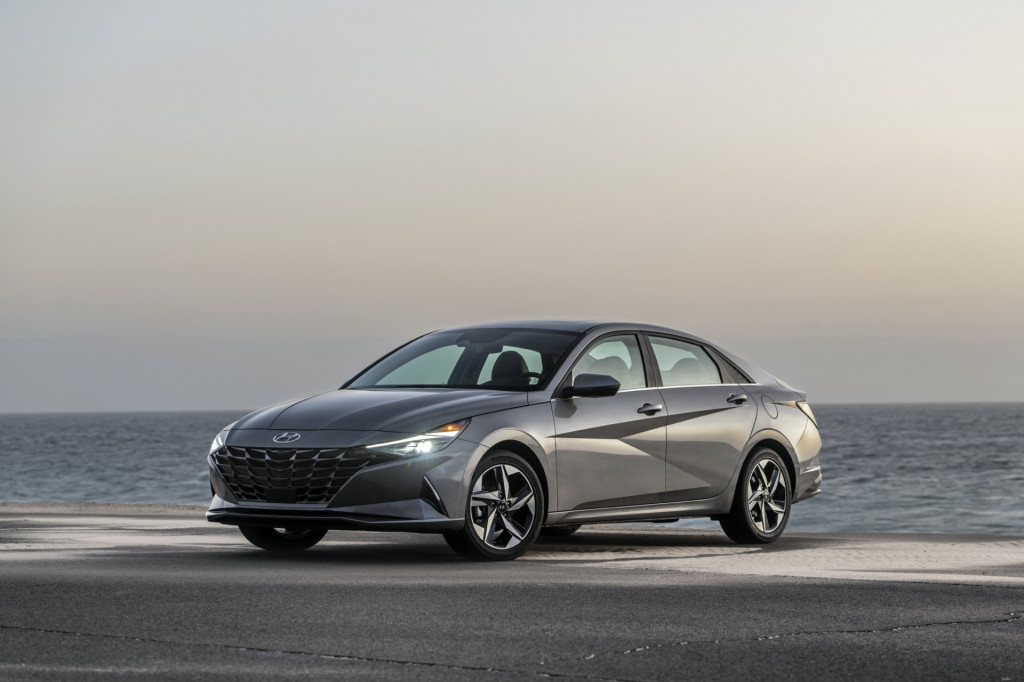 The redesigned Elantra looks loud enough to be seen, in this year of social distancing, while Elantra Hybrid versions pack a retuned (think sharper-responding) version of the same hybrid system in the Ioniq. Earlier this year, we easily topped 50 mpg in varied driving in a top-of-the-line Elantra Hybrid Limited. 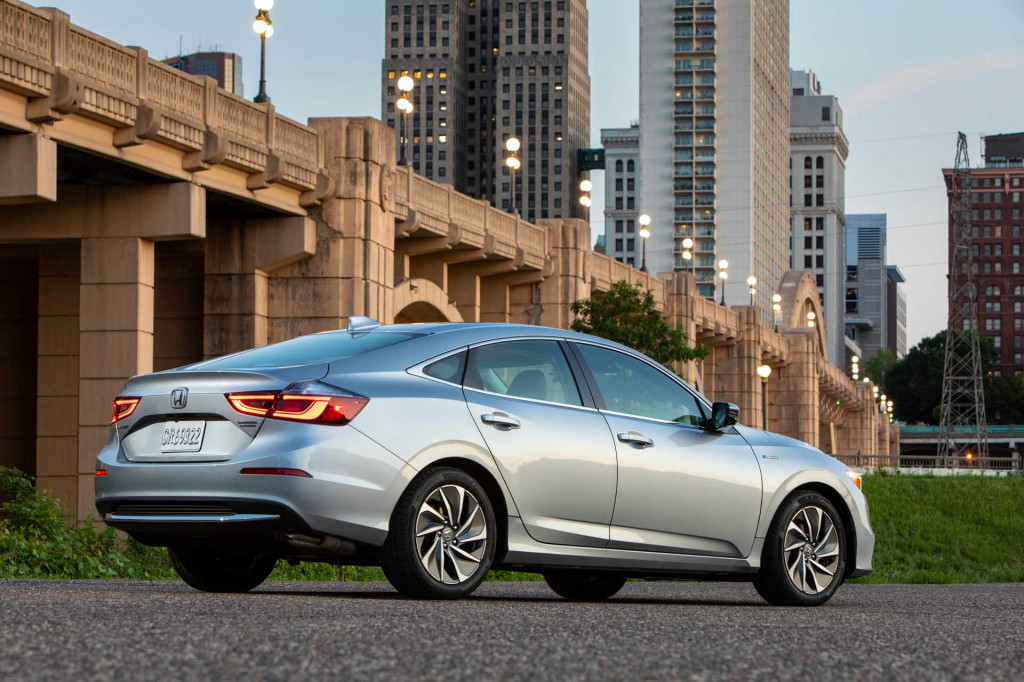 Honda’s Insight sedan is based on the Civic, but you might not know it as it’s trimmed in a level of detail more like a base-level model from Honda’s Acura premium brand. The 2022 Insight drops the base LX model and boosts the base price by more than $2,000 this year, so it’s no longer quite the steal it was originally but we love its seamless, shiftless hybrid system and how perky it feels in stop-and-go driving. 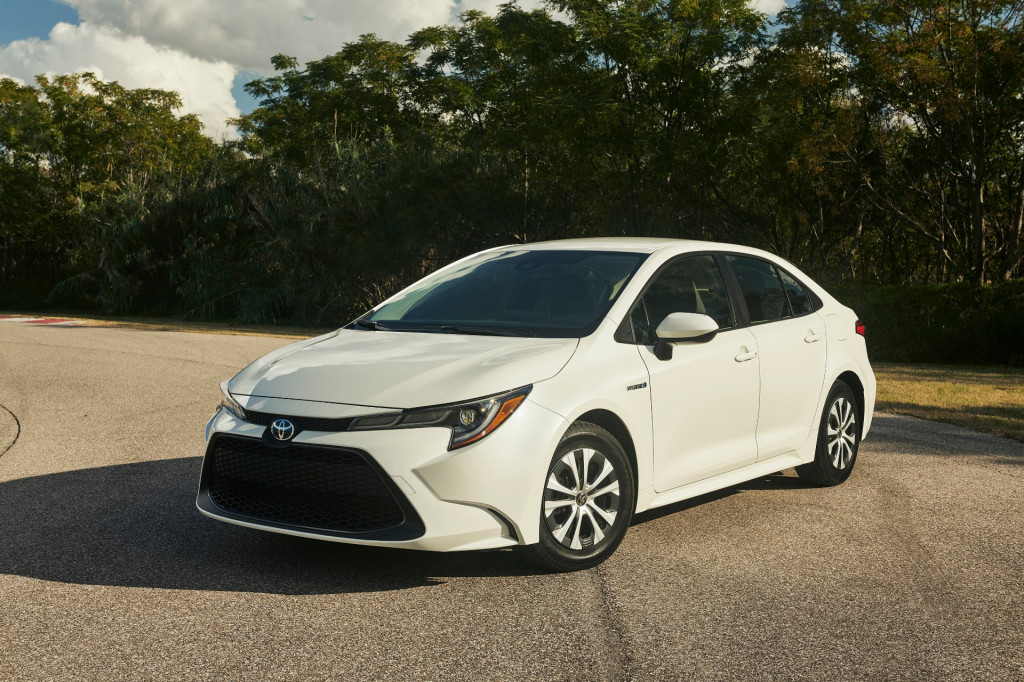 The Toyota Corolla Hybrid packs the same hybrid system as the current Prius, as well as many of the same tech features, into a car that looks simple and elegant. In a recent short drive, we had no problem achieving its 50+ mpg rating, and it lives up to the minimalist, affordable mantra that’s carried the Corolla all along.

Toyota has been refining its hybrid systems for more than 20 years, and the Toyota Camry Hybrid is one of the strongest arguments that Toyota should make all of its internal combustion engine cars hybrids. In a drive last year of the upscale Camry Hybrid XLE, I averaged 50 mpg in total and more than 40 mpg no matter the traffic environment. 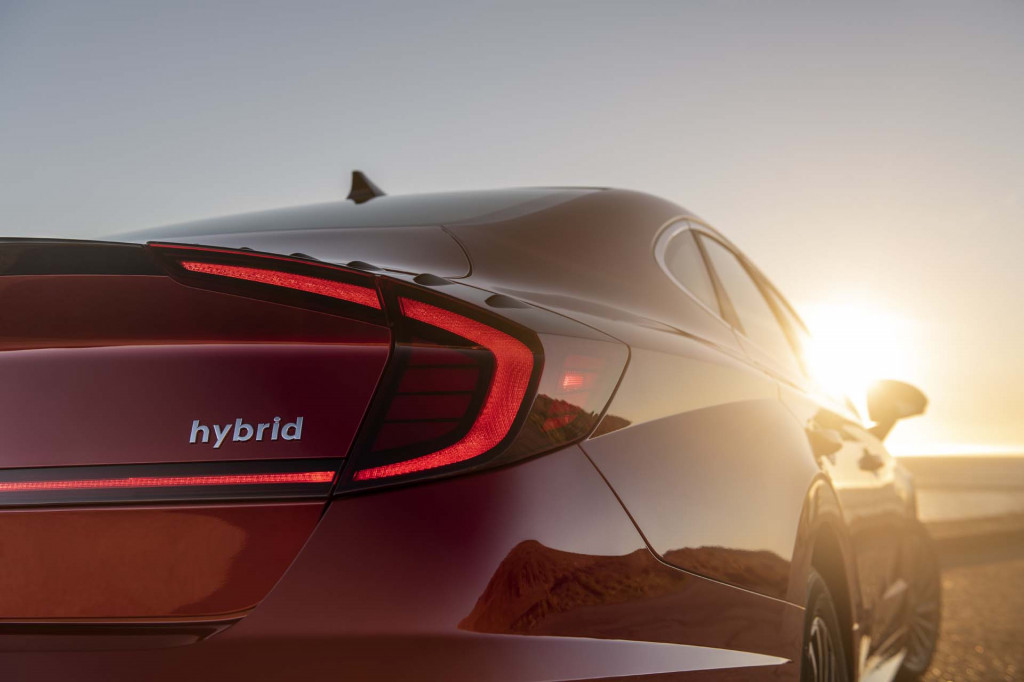 The Sonata Hybrid is one of the highest-mileage gasoline-fueled sedans ever, so it might come as a surprise just how roomy, plush-riding, and feature-packed it is. The Hyundai Sonata Hybrid Limited we drove last year—with an mpg-boosting rooftop solar panel—matched its 47-mpg combined rating in varied driving, but we had no problem topping 50 mpg in relaxed highway driving. The Sonata Hybrid’s uses a traditional 6-speed automatic transmission, which helps make it the pick for those with long highway commutes.

The Niro offers a lot of frugal flexibility for those who live in the city, with decent back-seat space or, if you flip the seat backs forward, enough space for smaller pieces of furniture or very big grocery stock-ups. A plug-in hybrid version is offered in small numbers, too. Kia upgraded the Niro’s interface and added a few more active-safety features for 2020, but a more extensive refresh could be coming in 2022. We should note that the Niro is the only car on this list with a more SUV-like crossover body style, so its real-world highway numbers can suffer, especially at some of the faster Interstate cruising speeds.