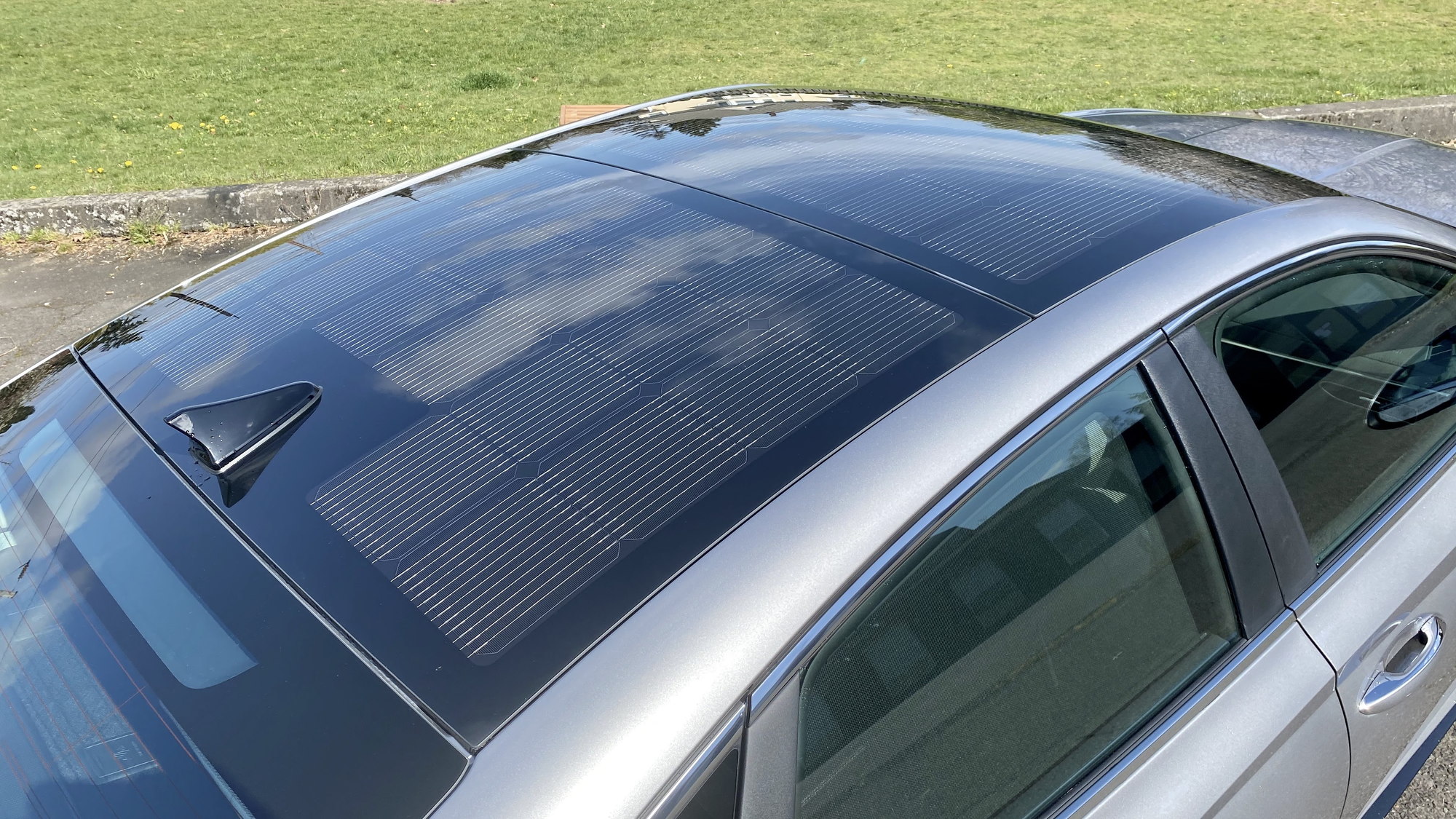 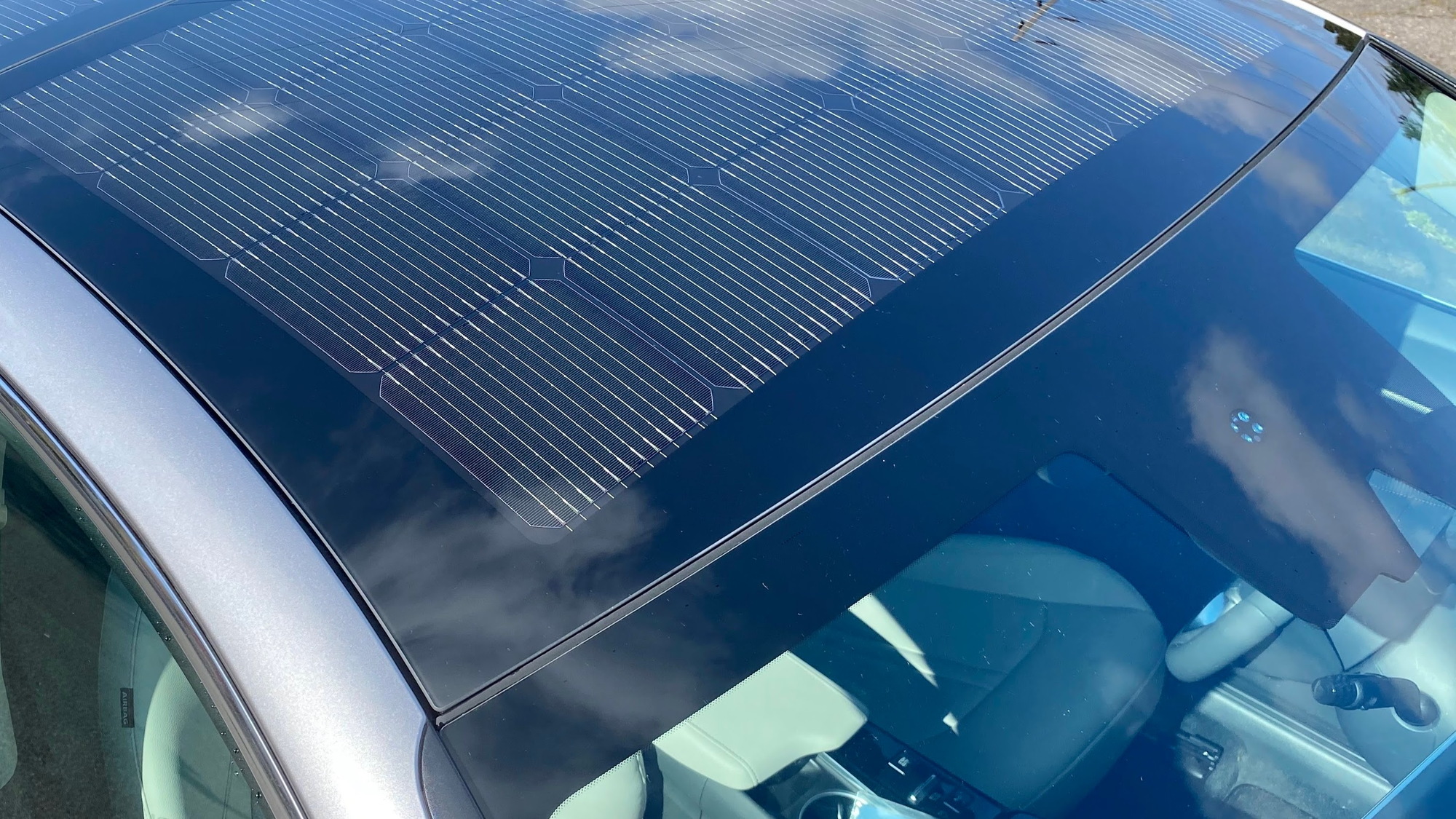 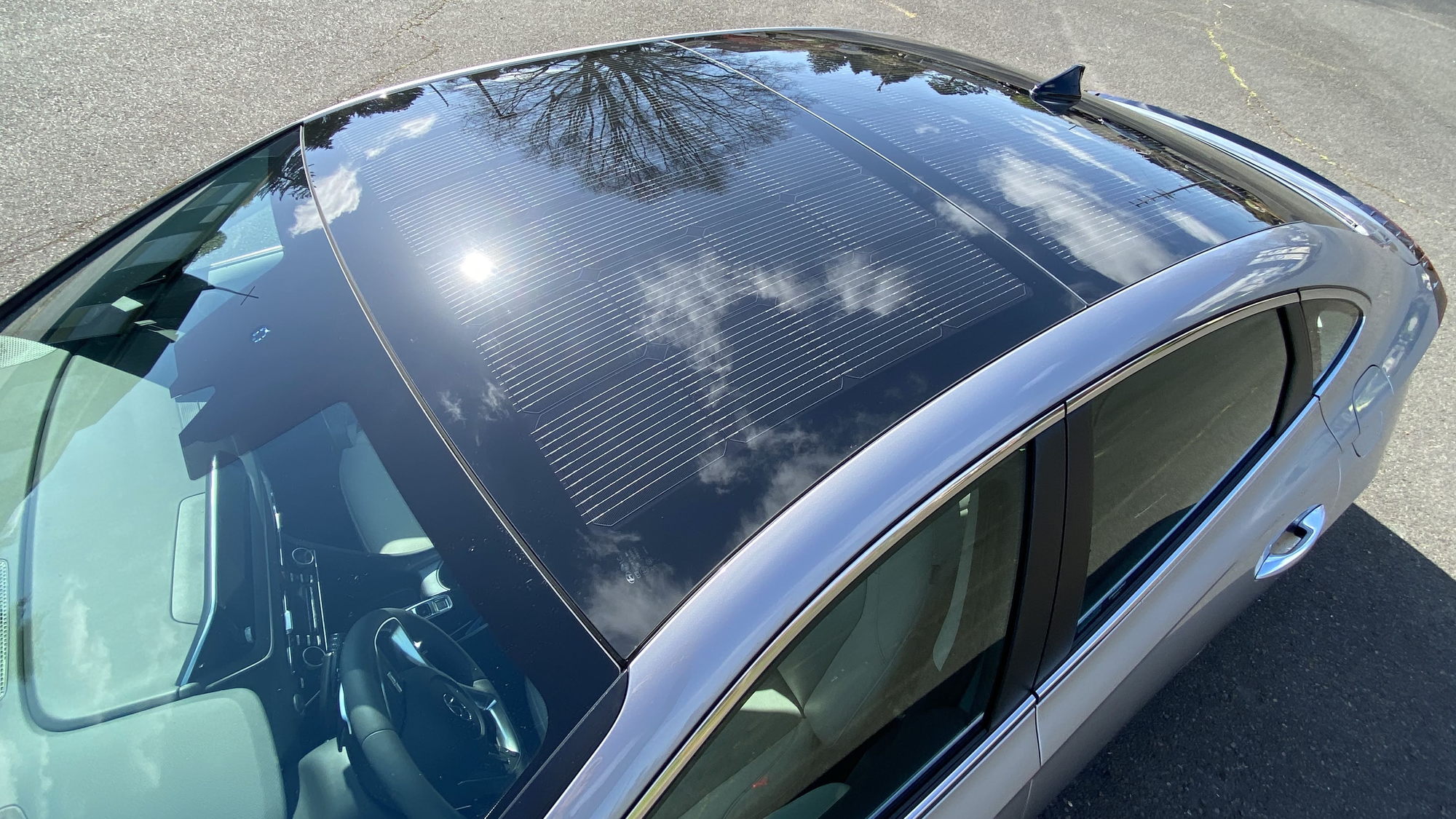 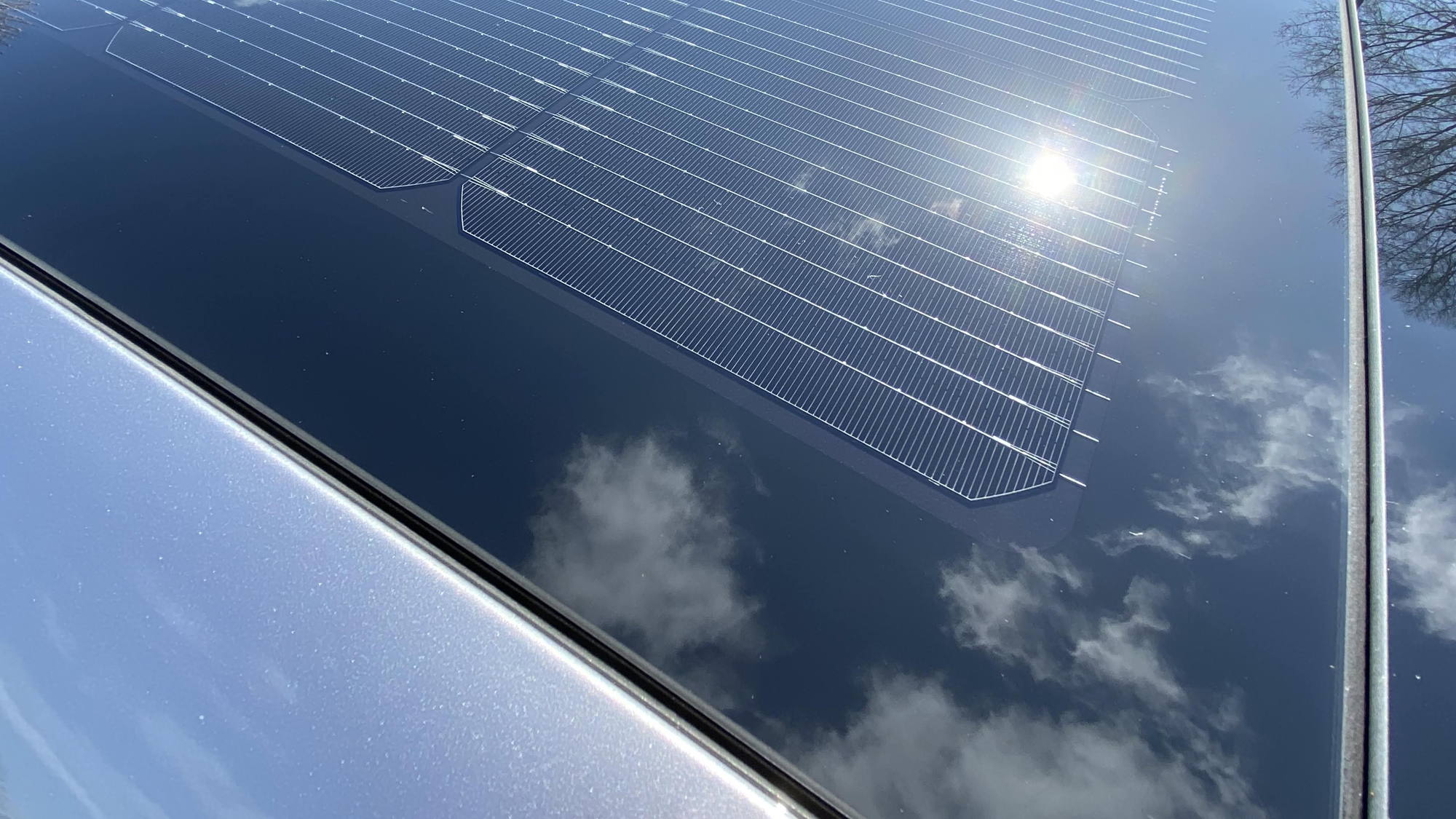 Those who live in sunny climates—especially warm ones—see the shady spots in a parking lot as the hot commodity. But if more cars gain what the 2020 Hyundai Sonata Hybrid has—a Solar Roof System that can actually boost all-electric miles and gas mileage—frugal drivers might instead start hunting down sun-drenched spots for their potential to boost efficiency.

Earlier this year, when Hyundai detailed the 2020 Sonata Hybrid and gave some first details regarding the solar roof, it sounded like a game-changer: potentially a couple of miles of extra engine-off distance from six hours out in the sun, and up to 700 “free” miles back per year.

After four full days with the Sonata Hybrid—the top Limited version that includes the Solar Roof—my takeaway on the feature is that you should temper your enthusiasm, at least somewhat, if you live anywhere outside the Sun Belt.

The test Sonata Hybrid, which was parked outside the entire time, without direct tree cover, accumulated an indicated 1.240 kwh—via the car’s trip computer readout that keeps a running total. The car had a total cumulative power generation of 7.225 kilowatt-hours, over its 1307 covered miles—with no baseline for where or how long it had been parked or driven prior to mile 1096.

My experience will probably stand as something close to a worst-case scenario from which to frame the effectiveness of such a system. I had the Sonata Hybrid during a very gloomy, gray spring week—unusually so even for the Pacific Northwest this time of the year. The only sunny time happened to be the afternoon and morning before the Sonata Hybrid was taken back. And in one of those four-hour stretches of bright sun, from about 1 pm to 5 pm, we recovered about 0.200 kwh.

According to Jerome Gregeois, senior manager for Powertrain and Eco Technologies at Hyundai, it takes a fairly sunny day for the system to produce the system’s rated 205 watts, but every little bit helps because once the system is producing 25 watts, or about 10 percent of what it can deliver, it’s getting meaningful energy into the battery systems.

This is the only solar roof that's offered in a normal-production passenger vehicle in the U.S. market and capable of charging the traction battery. The Panasonic 180-watt roof offered in the Toyota Prius Prime, in some markets outside the U.S., does charge the hybrid-system battery; a 200-watt system in the Karma Revero was accessory-only.

The solar roof’s rating is at Standard Test Conditions, using an irradiance of 1000 watts per square meter and a cell temperature of 25 degrees Celsius, among other criteria. Hardware-wise, the roof is split into two actual solar panels—38.9 inches by 25.9 inches each—while a solar DC-DC converter converts voltage to the proper level (12 volts for the accessory battery or 310 volts for the hybrid battery) and charges one battery at a time until both are full.

There’s another surprise advantage. Hyundai says that the solar roof weighs about 66 pounds, versus about 95 pounds for a panoramic roof that’s increasingly popular for top-of-the-line models.

When the car is turned off but infotainment or climate control is on, the system can produce enough power to help keep the battery from discharging.

Behind the scenes, solar panels such as those offered in the Sonata Hybrid also qualify as an “off-cycle credit” for Hyundai—a type of adjustment to its fleet-average emissions and fuel economy. The EPA states that the amount of the credit is “based on the rated power of the solar panels.” In this case that’s 9.0 grams per mile, according to Hyundai.

One point to keep in mind is that—more than the mix of sun and clouds—your geolocation also has a lot to do with how much you’ll be able to claim from solar. Hyundai says that in West Hollywood, California, based on the toolset available from the NREL website, the energy from the system will add up to 309 kwh annually, or up to 1,236 miles—including a highly ambitious 4.0 miles per kwh assumption for the time the engine is off.

Based on the map above, from the National Renewable Energy Laboratory, it appears that in Portland, in April, there’s less than half of the potential kwh per area per day than in Los Angeles. The set of solar resources from the NREL are a great starting point for being realistic about how much you might see back from such features.

But to return and answer an initial question, yes, the solar roof could have boosted our mileage by a fraction of a mile per gallon and, based on napkin math, that fraction adds up.

Green Car Reports will have more in the next couple days on what the Sonata Hybrid was like to drive—and, perhaps more important to readers, whether we were able to approach its impressive fuel economy ratings in real-world driving. The Sonata Hybrid is EPA rated at 45/51 mpg city/highway (47 mpg combined) in its well-equipped SEL and Limited versions, versus 50/54 mpg city/highway (52 mpg combined) in its base Blue form. That’s mostly due to a significant weight difference that puts them in different EPA test classes.

Ultimately in the Sonata Hybrid what really matters is that it’s increasing awareness of solar as a viable supplement, in a car that the mass market will buy (and unlike Hyundai's plug-in hybrids will be offered in this form nationwide). We would guess that there’s a much harsher reality check due for companies like Sono Motors and Lightyear One, both of which claim significant amounts of normal driving in an EV to be recovered through solar. But when stops at the gas station are fewer and farther between, you can’t argue with free miles from the sun.