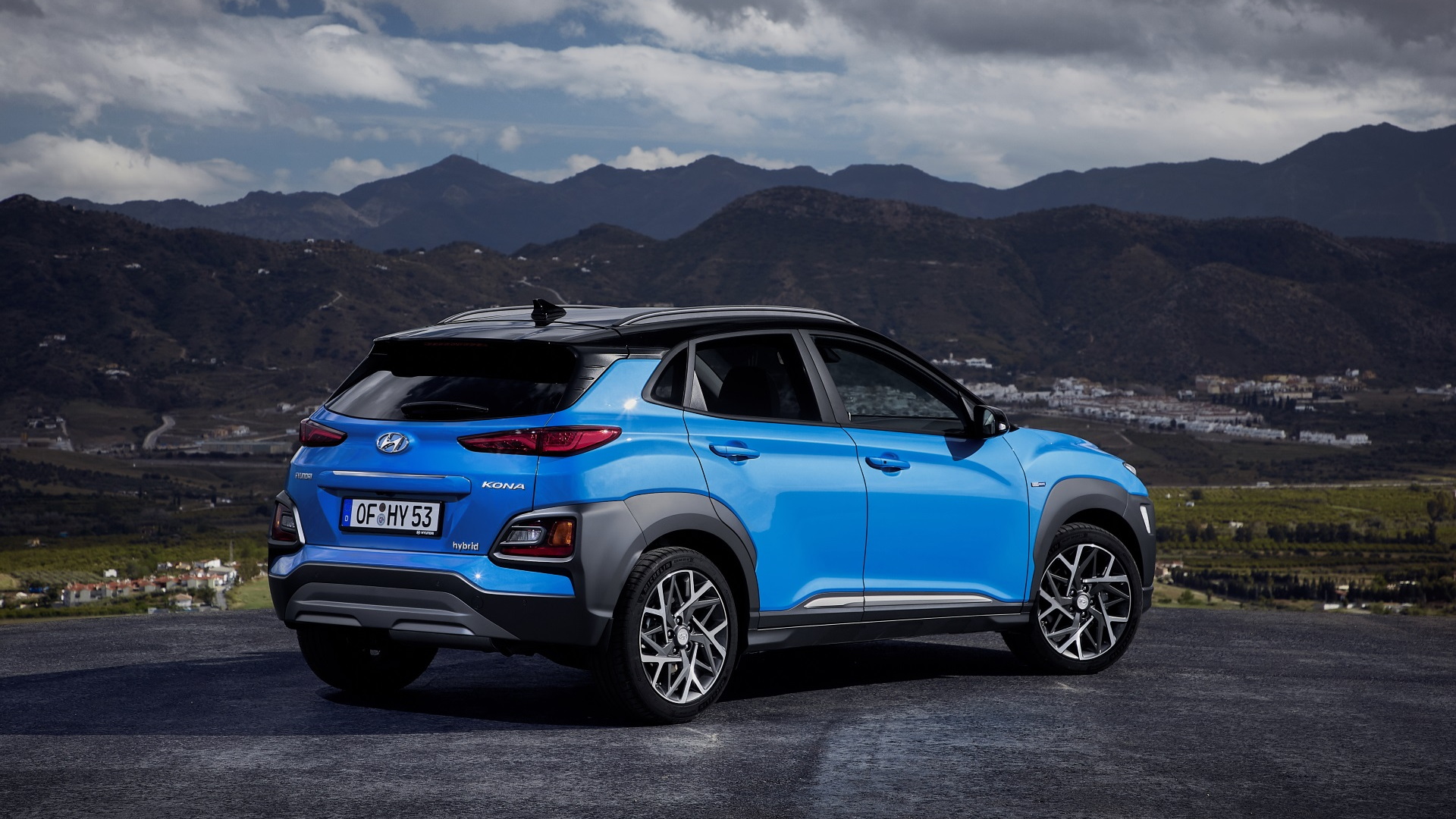 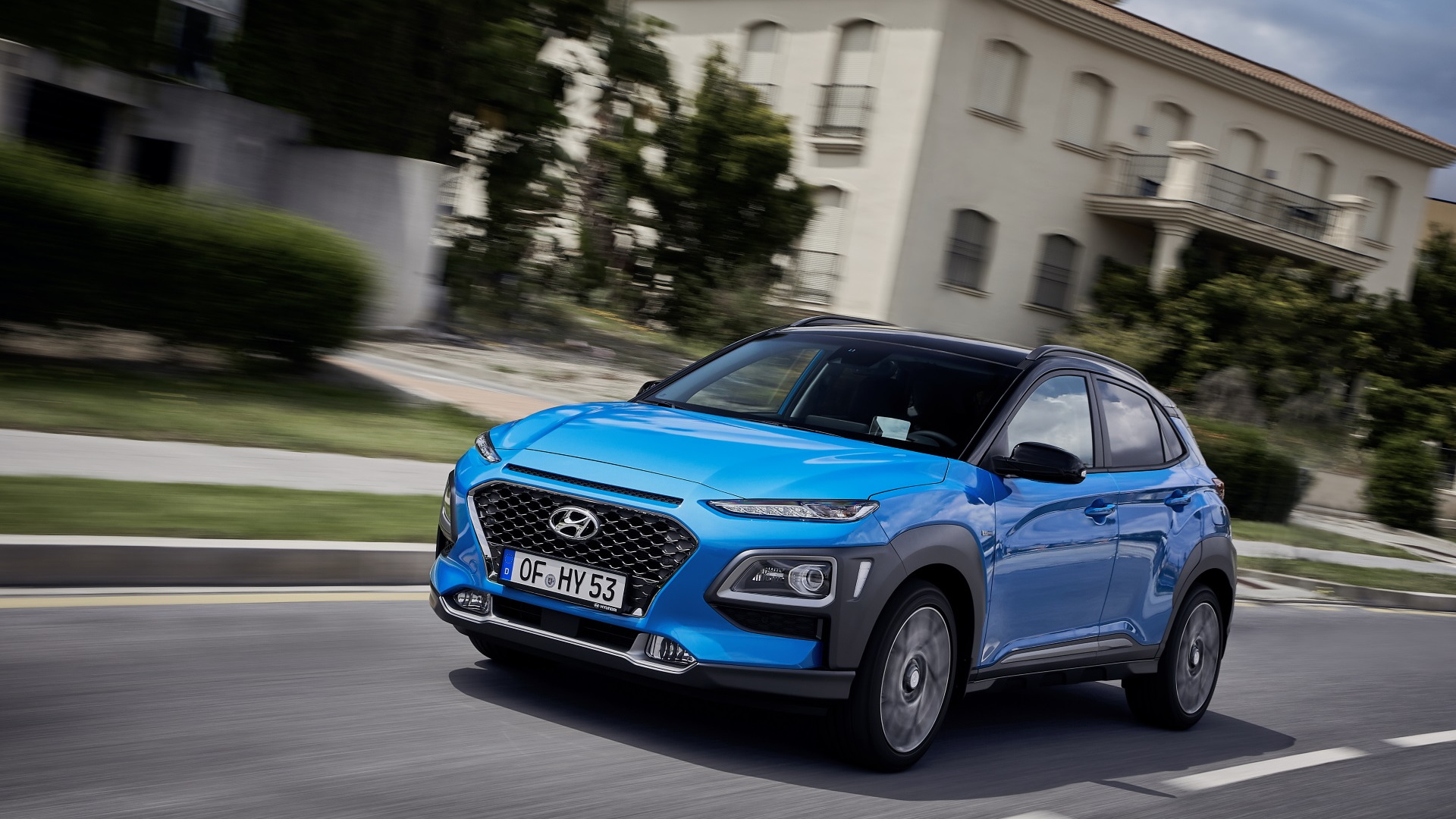 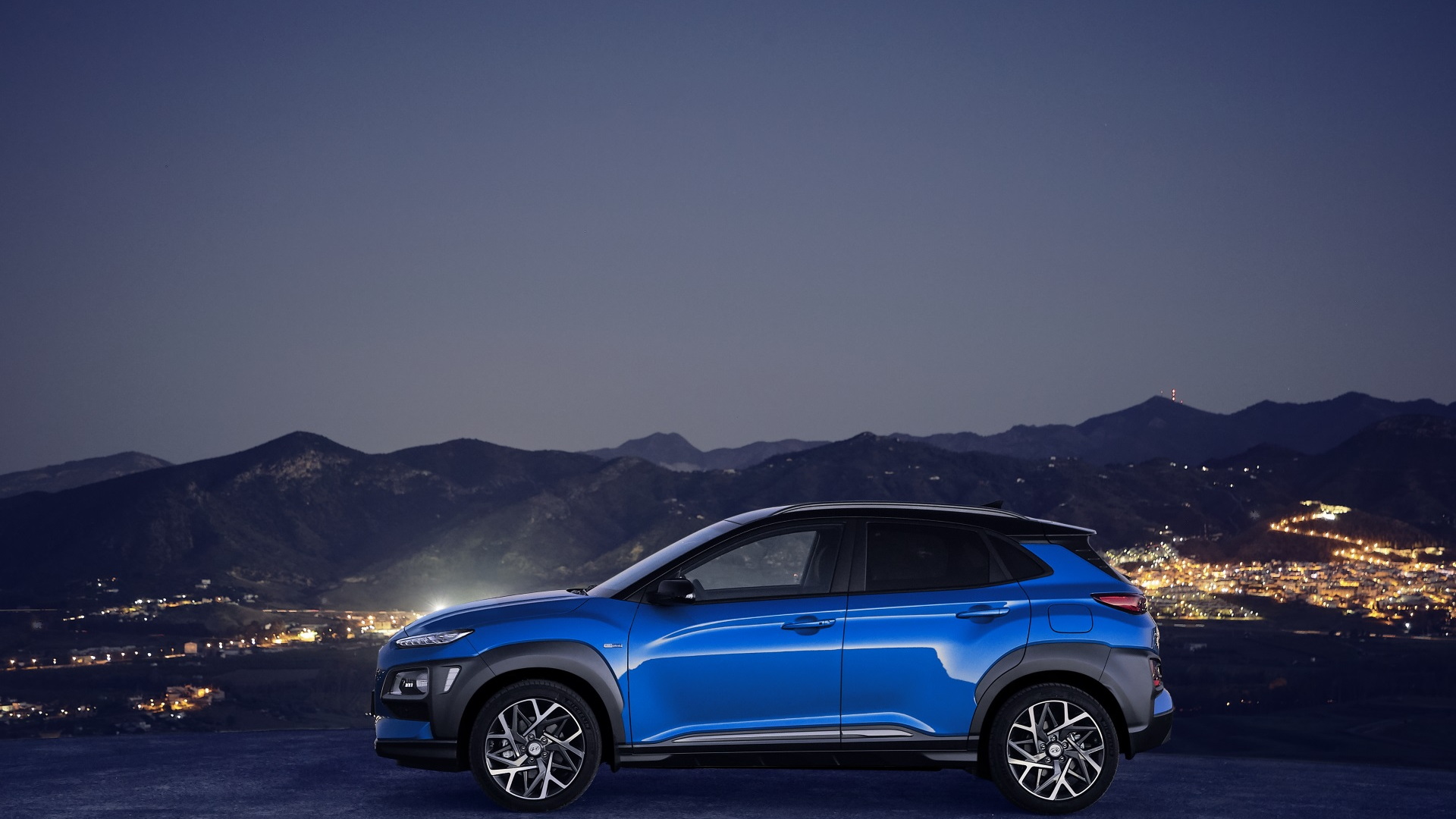 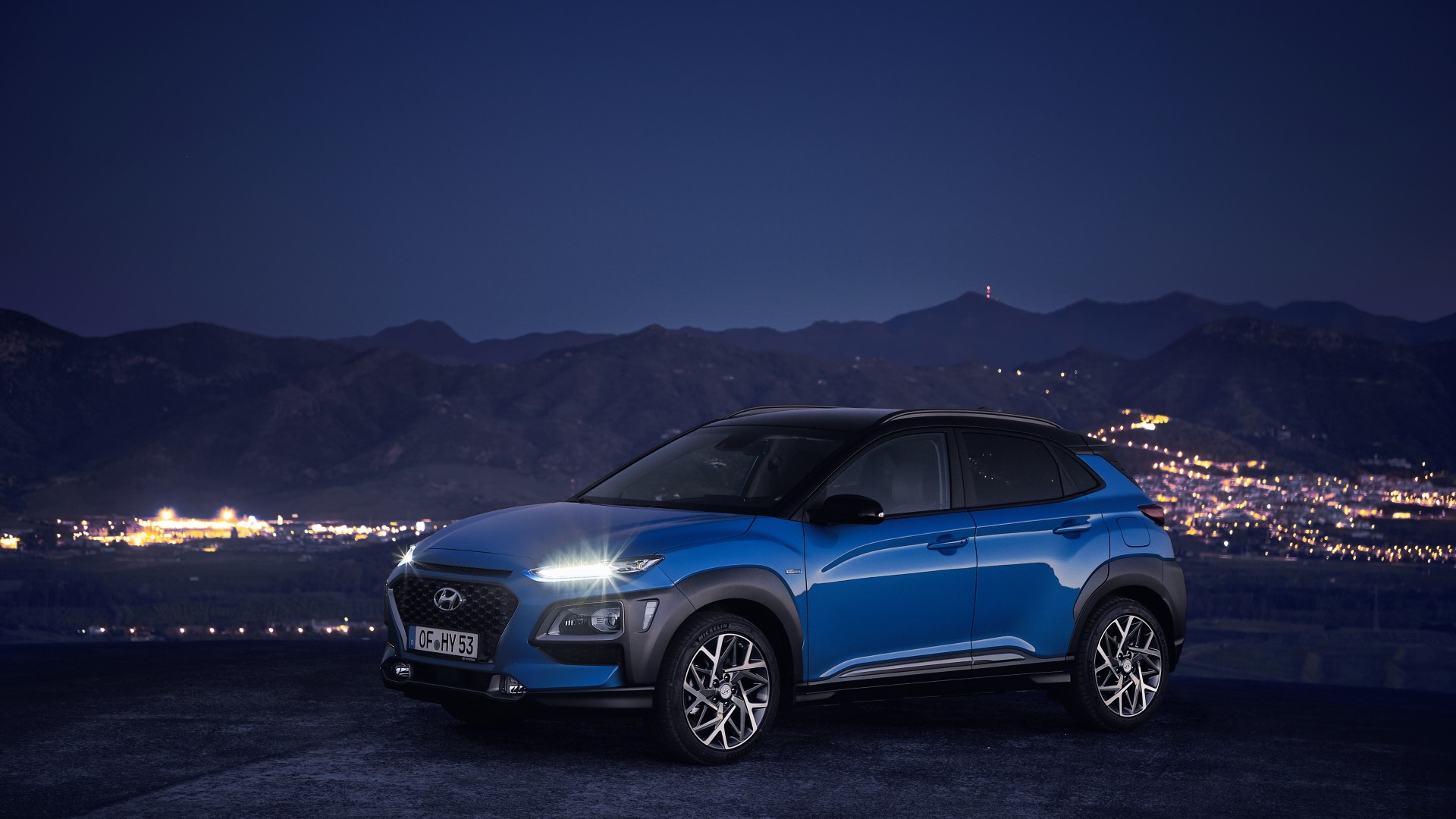 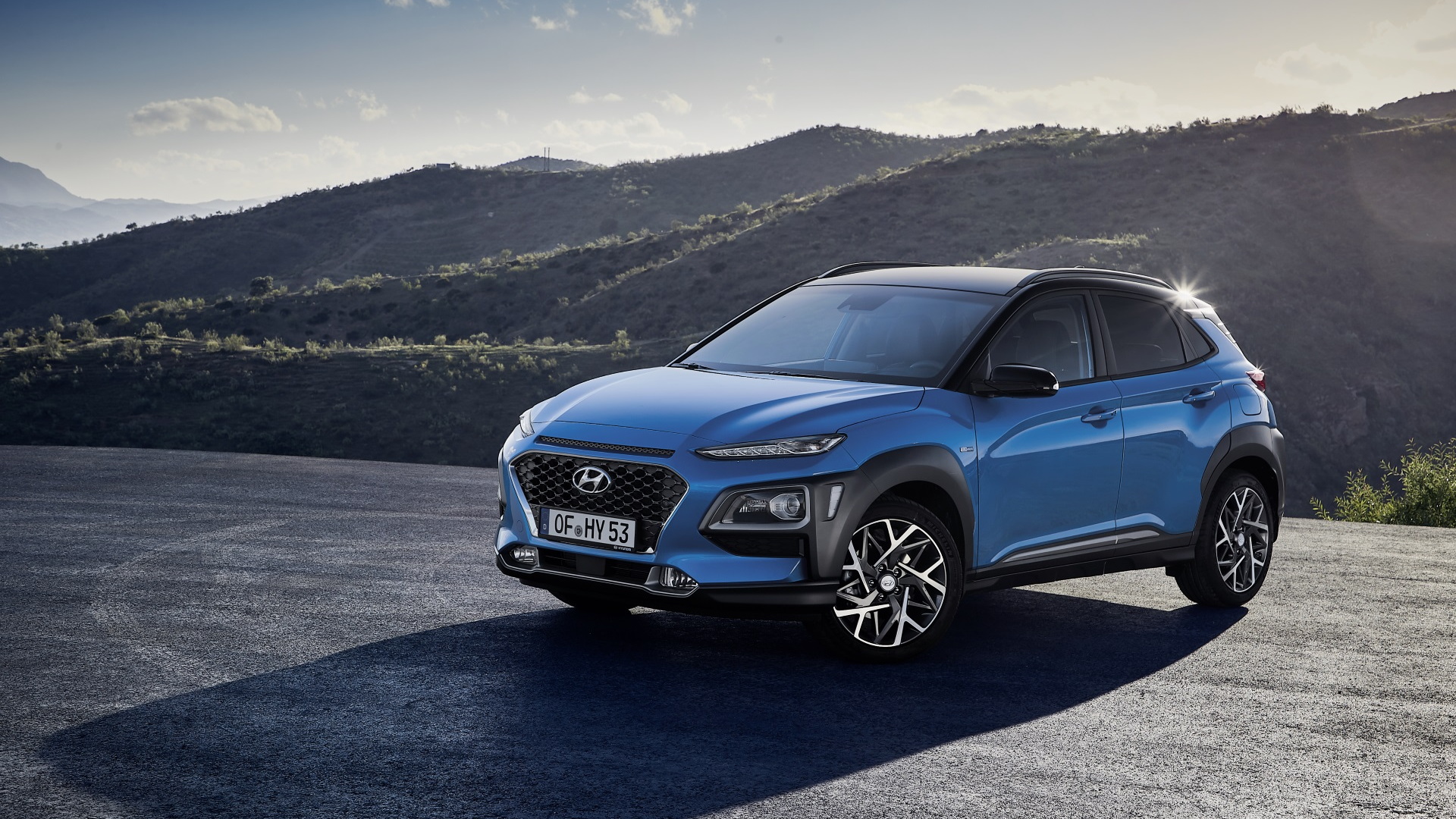 Hyundai announced on Monday that it will introduce a new hybrid version of its Kona small SUV in Europe.

The model follows the standard Kona and the Kona Electric, which went on sale in Europe last year and in the U.S. this spring.

The Kona Hybrid uses Hyundai's standard hybrid system with an electric motor built into the 6-speed dual-clutch transmission, and backed up by a 1.6-liter gas engine. Hyundai says the package produces 141 horsepower and 195 pound-feet of torque. (The company says these are preliminary figures and may change by the time production starts.

The full-hybrid system in the Kona Hybrid has a  1.57-kwh battery and can travel short distances without the engine starting.

Like other new Hyundais in Europe, the Kona Hybrid gets a new 10.25-inch touch screen that can split between two functions, such as navigation and audio systems. It also includes both Android Auto and Apple CarPlay and with Hyundai's BlueLink telematics system can recognize voice commands in six languages.

Hyundai includes its Eco-Driving assist system, that monitors road conditions and advises drivers when to coast, accelerate, or use regenerative brakes. Predictive Energy Management tracks hills en route and maximizes battery use (to minimize fuel consumption) going up and leave more battery capacity available for regen on the way back down.

It includes a full suite of active safety features such as automatic emergency braking with pedestrian and cyclist detection and adaptive cruise control with stop-and-go.

The new Kona Hybrid is expected to go on sale in Europe in August, but Hyundai Motor America would not confirm whether the Kona Hybrid would come to the U.S.