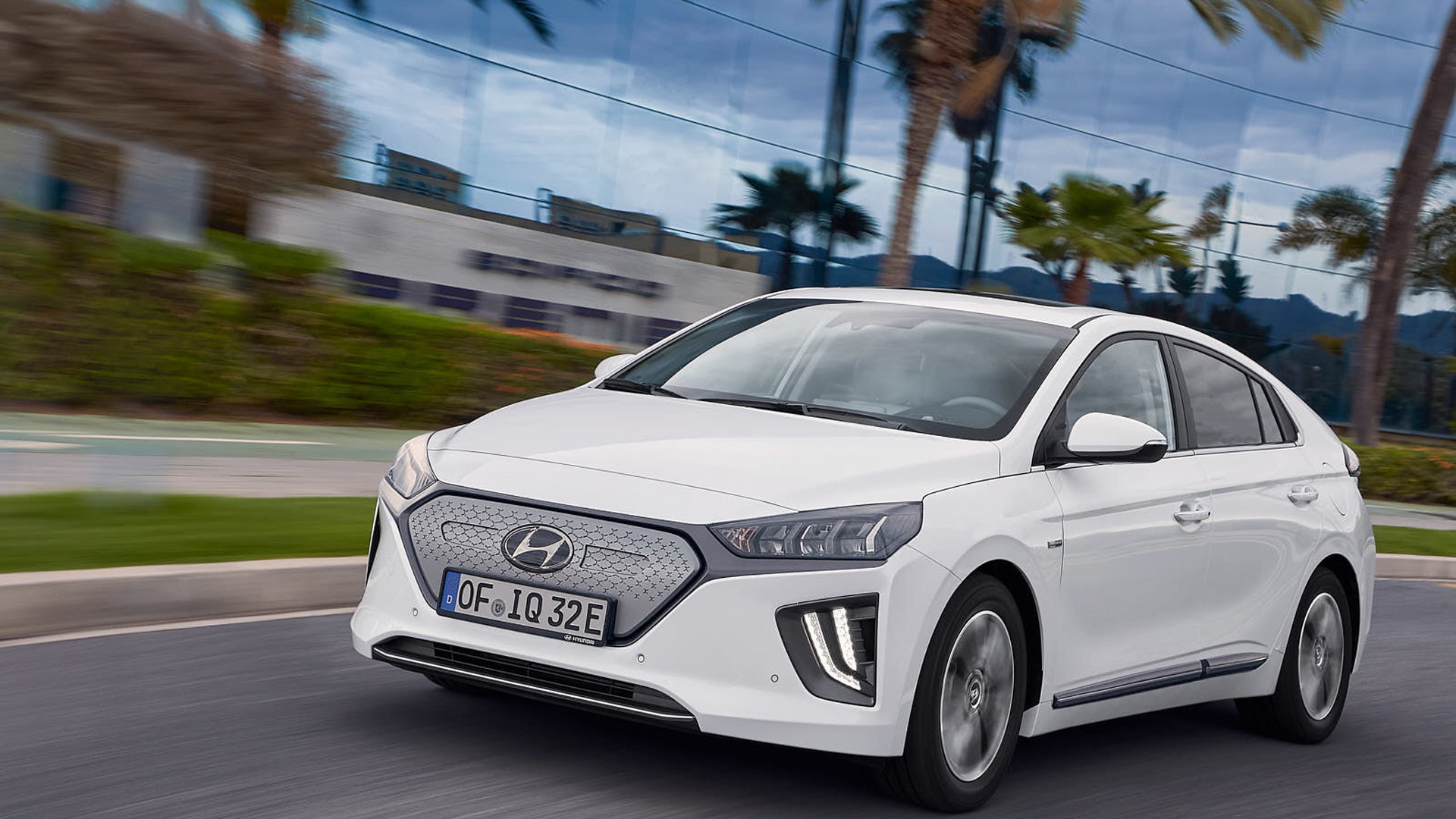 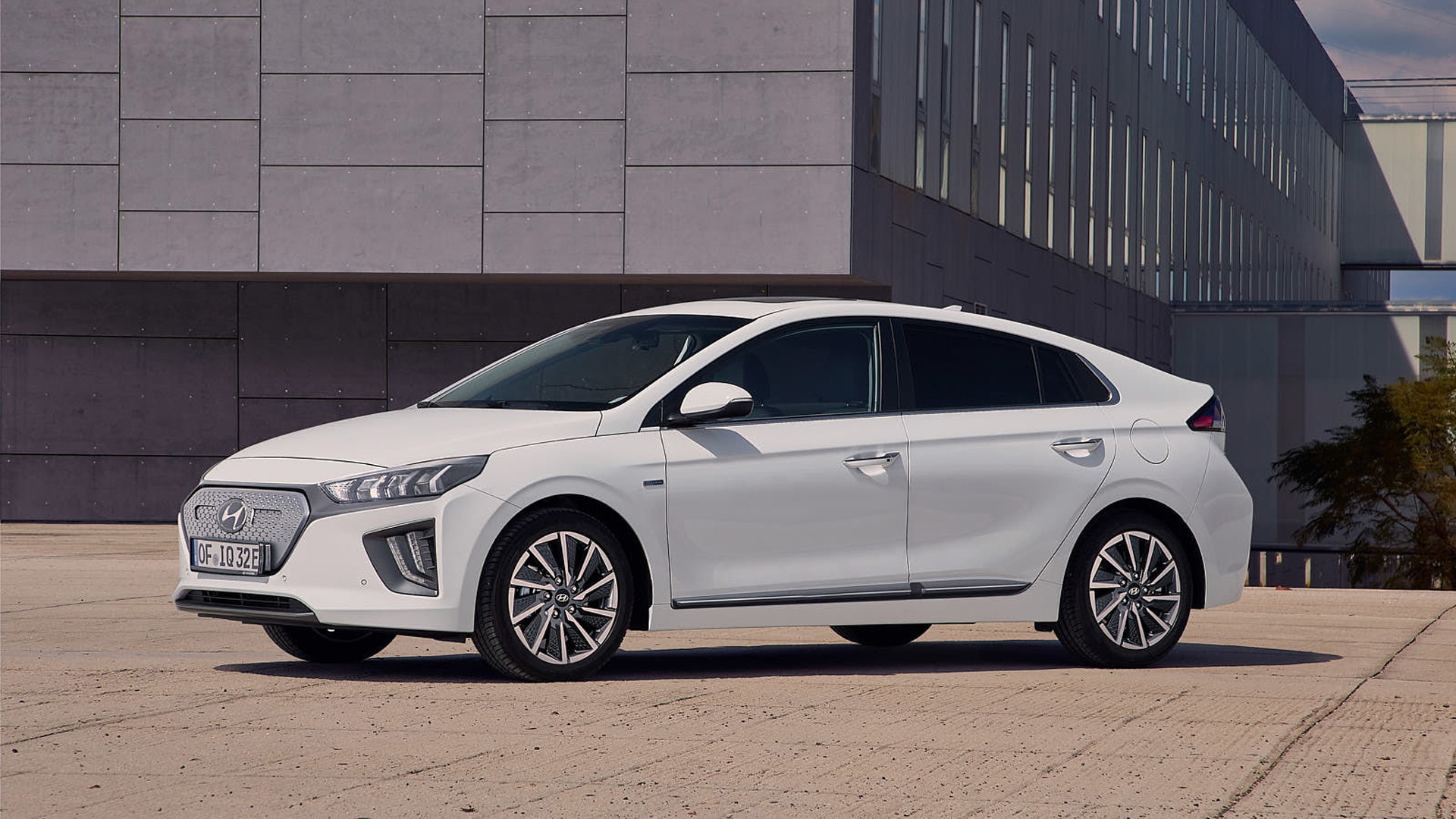 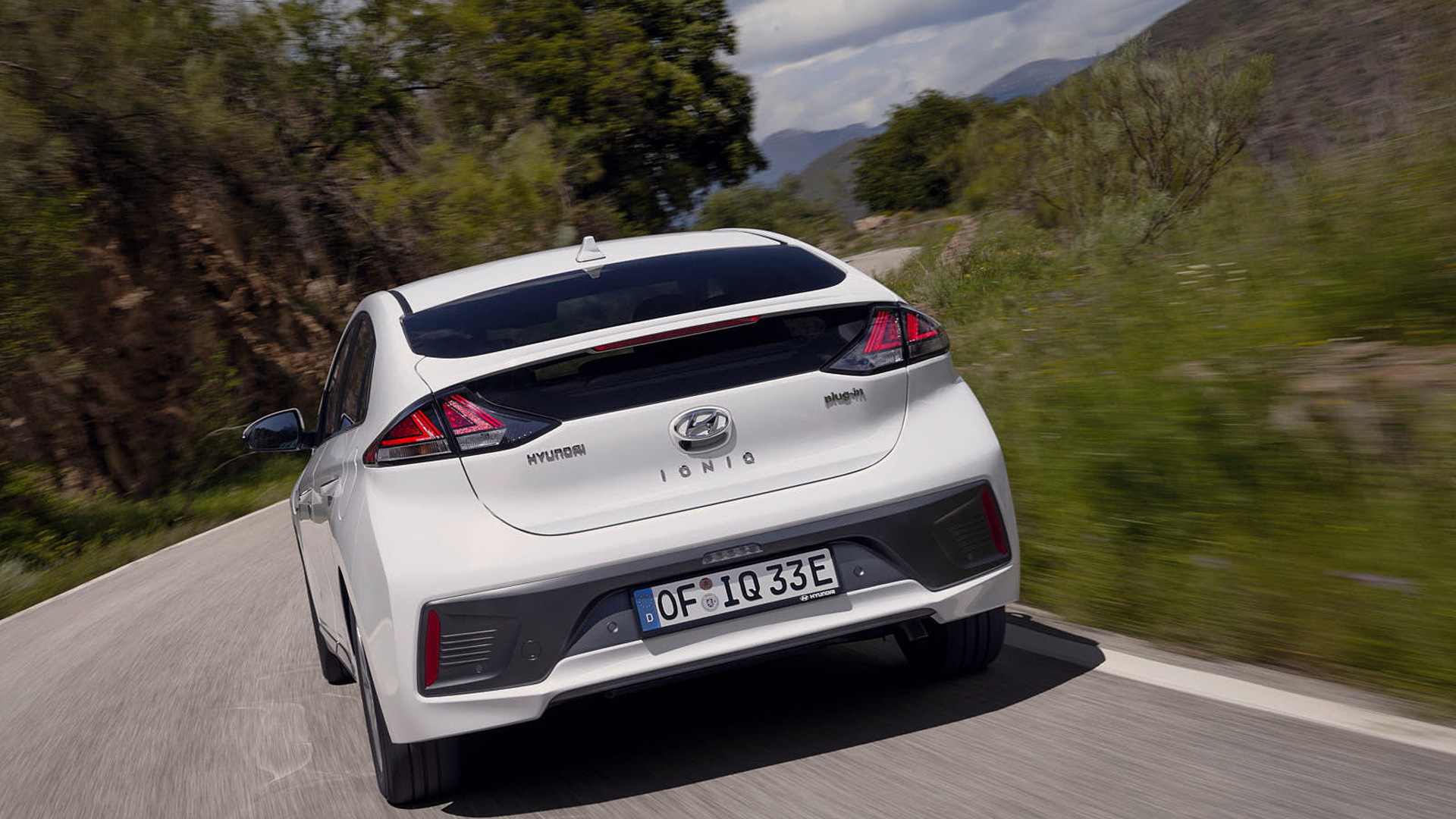 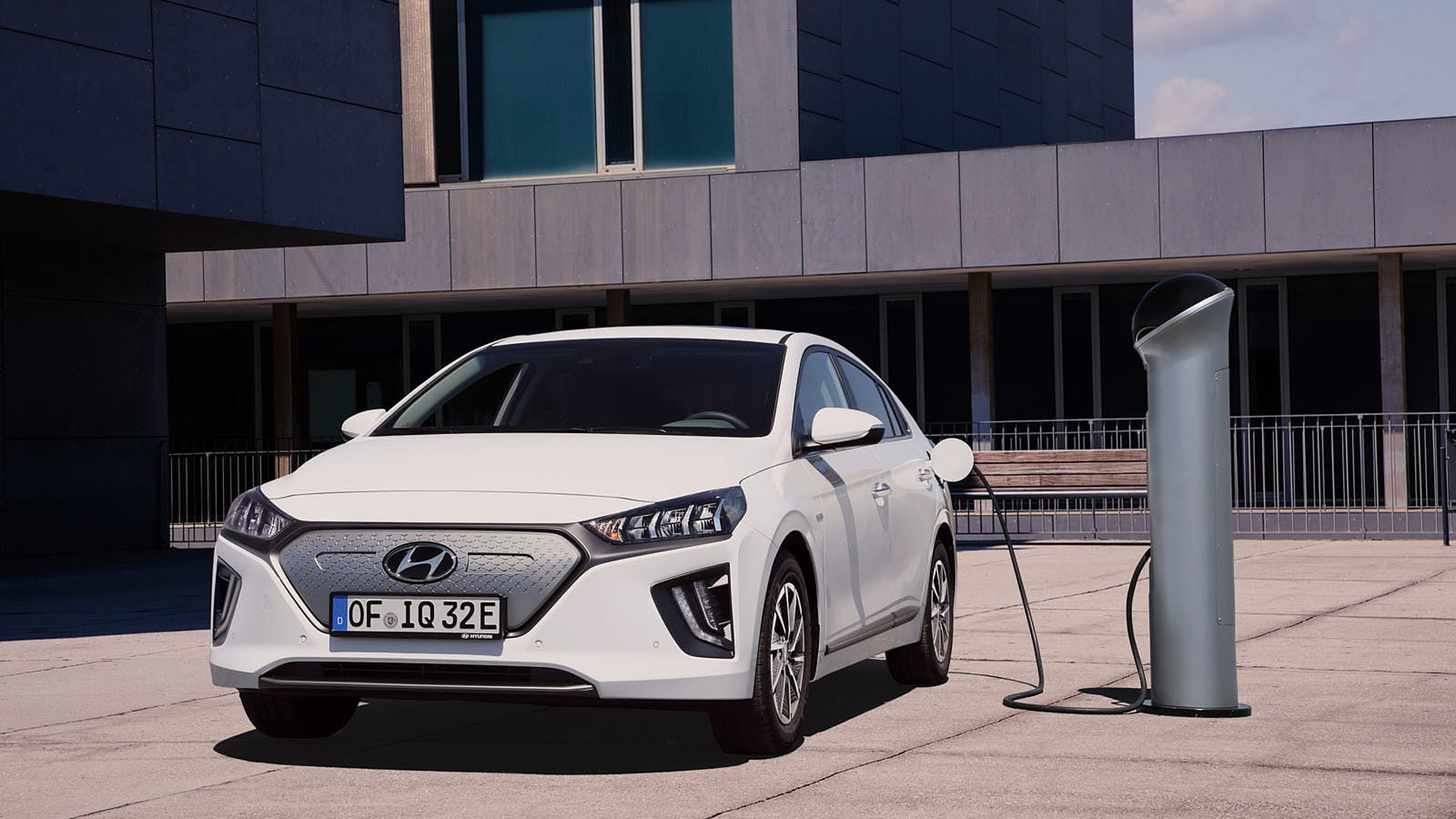 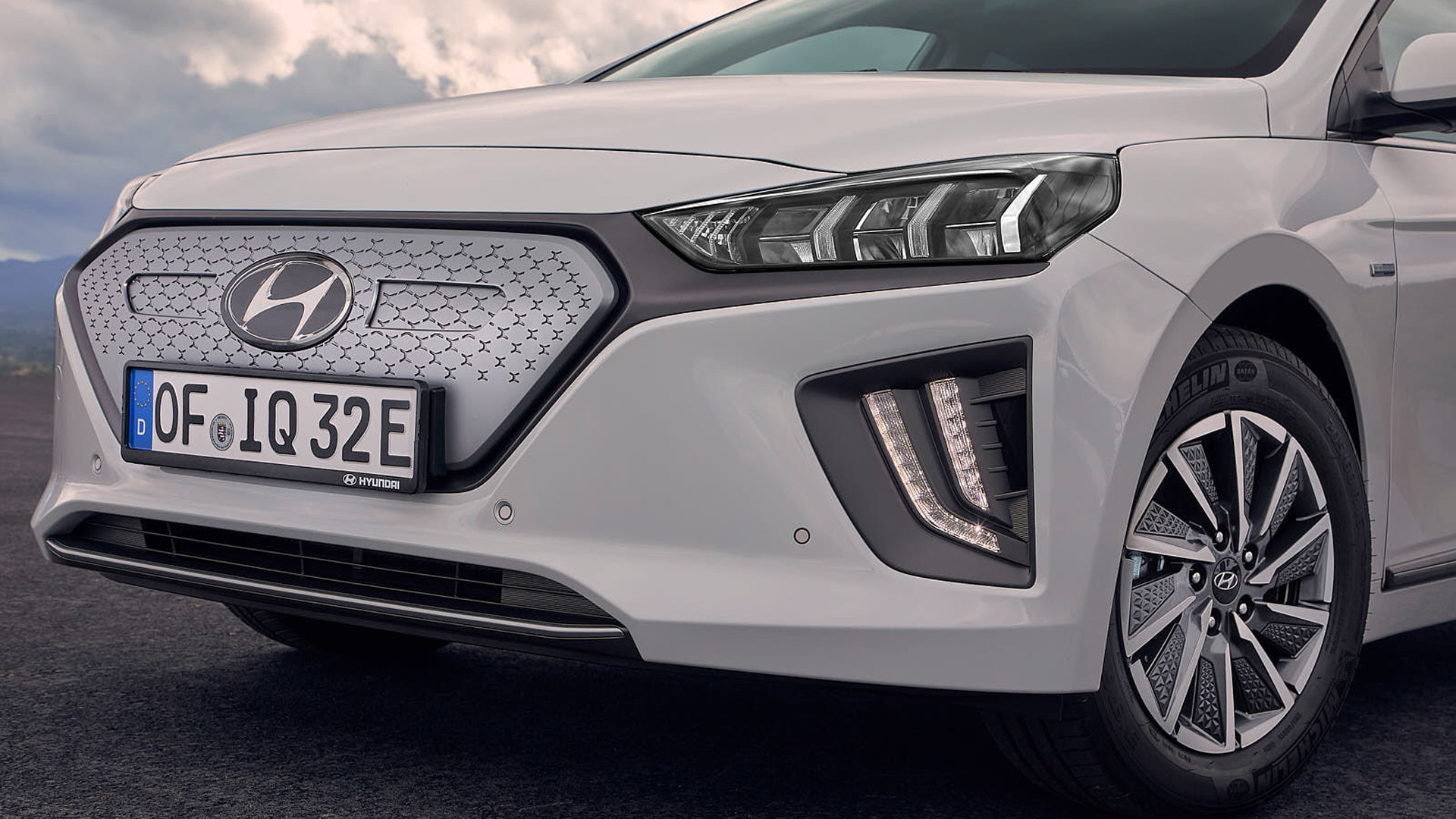 The 2020 Hyundai Ioniq Electric will get a big boost in range along with more power when it goes on sale later this year in Europe.

New specs released by Hyundai's European sales organization point to a significant update to the car, though when Green Car Reports reached out to Hyundai's U.S. arm, spokesman Brandon Ramirez would say only that the company "will provide U.S. Ioniq updates at a later date."

In Europe, the 2020 Ioniq will get a significantly larger 38.3 kilowatt-hour battery pack, up from the current 28 kwh, along with a faster 7.2 kilowatt on-board charger, up from 6.6 kw.

DON'T MISS: Hyundai and Kia EVs may just avoid "compliance car" stigma, but is that enough?

Hyundai says the bigger battery should give the 2020 Ioniq 184 miles of range on the relatively generous new WLTP driving cycle. That could translate into about 150 miles in a U.S. EPA rating, competitive with base levels of the Nissan Leaf.

The Ioniq Electric will also get a notable bump in horsepower, from 120 to 134 hp. Hyundai also applied the Kona Electric's one-pedal driving system to the Ioniq Electric.

The company released other details about the updated model in Europe in January, and it's a pretty comprehensive refresh.

Sitting gracefully below the high-mounted touch screen, the climate control buttons have been redesigned with capacitive touch buttons in place of physical buttons.

Outside, the lineup gets new LED headlights and a new bumper with a gray fascia. The Ioniq Electric sports a new closed grille.

CHECK OUT: Recall alert: Hyundai Ioniq in the hot seat

Hyundai will include automatic emergency braking with pedestrian and cyclist identification and active lane control as standard equipment, and the system now includes a Driver Attention Warning system.

The changes all sound worthwhile, and we can only hope that they make it to the U.S. soon.

VW breaks ground on first EV “gigafactory,” starts PowerCo business to oversee it and many more