One of the many tactics used by carmakers to boost efficiency in their vehicles is fitting low-rolling-resistance tires.

Specially designed to reduce the energy wasted as heat from the friction between the tire and the road, these tires can boost efficiency by a few percentage points in an electric car.

The increase often isn't as noticeable in gasoline cars, which are far less energy-efficient because they waste two-thirds to three-quarters of the energy in gasoline anyway—so the improvement is lower.

Tires with low rolling resistance are generally harder and less grippy than softer, stickier blends that hold the road better. 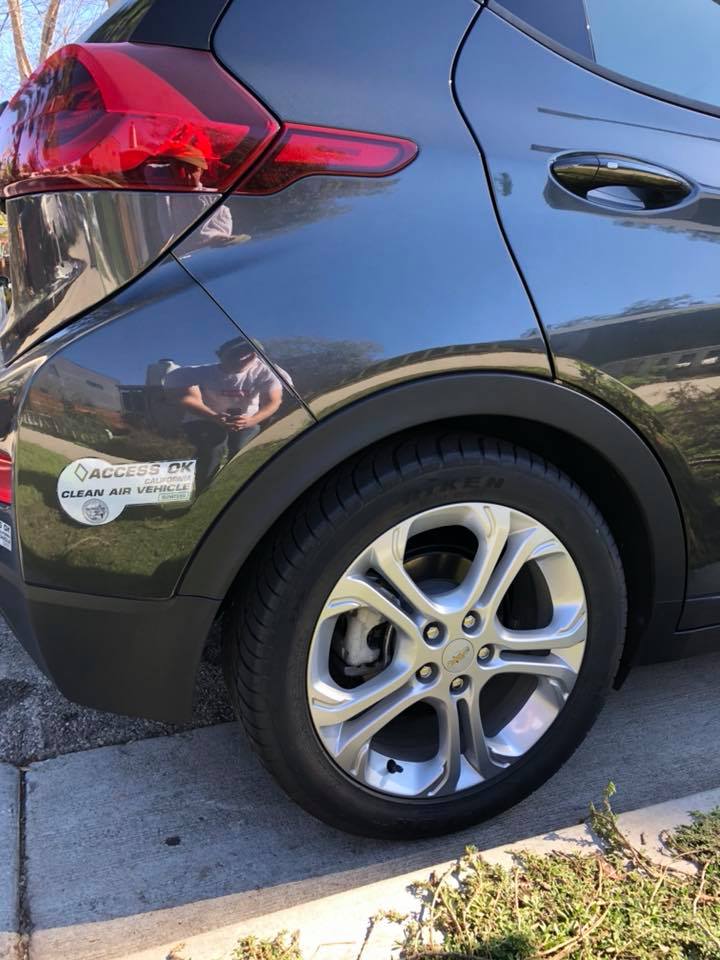 He described  the swap in a post to the (closed) Bolt EV Owners Group on Facebook, and posted the photo shown here.

The new tires, Jablansky wrote, "change the entire dynamic of the Bolt—for the better. No more squealing through turns or wheel spin at traffic lights. There’s a slight reduction in range, and I’m curious how it will affect overall efficiency. But, man: what a positive difference!"

Other complaints from Bolt EV drivers about the stock tires included squealing around corners and the ease with which the wheels spin when using the car's considerable peak power of 150 kilowatts (200 horsepower).

Jablansky initially estimated the difference in range on his Bolt EV to be roughly 10 percent, which would have cut his Bolt EV's range from the EPA combined rating of 238 miles to about 214 miles.

Its purpose was slightly different: The magazine wanted to test the electric car's handling and skidpad performance against that of the Tesla Model 3, and knew that to get the best out of the Bolt, it would need much stickier tires. 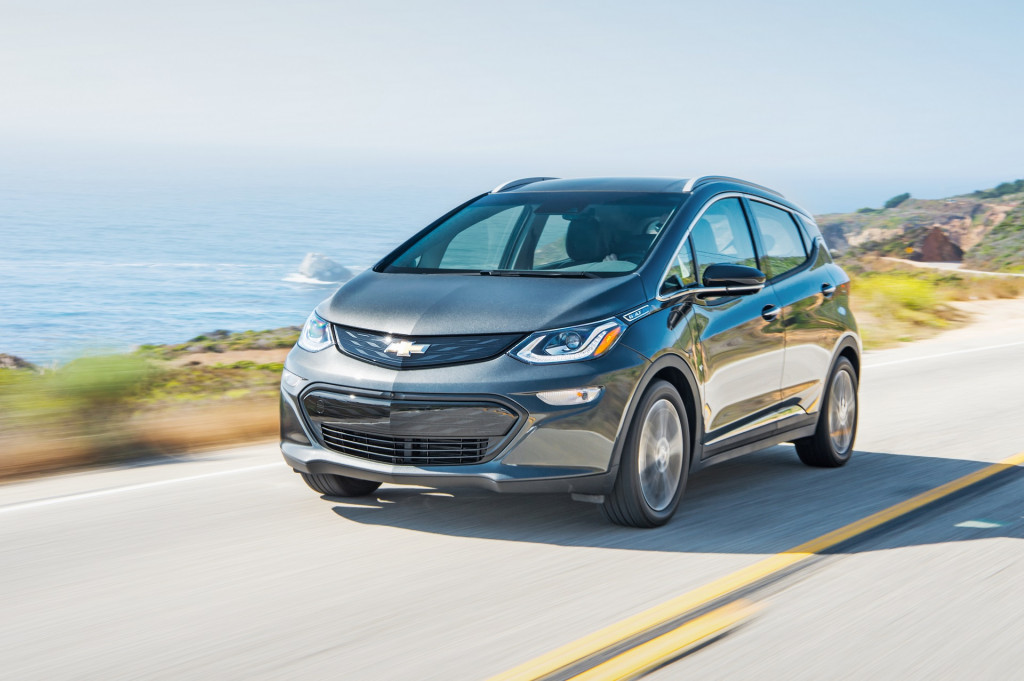 The first thing drivers noticed with the new tires was considerably more road noise. (One editor suggested turning up the volume on the car's stereo system.) Ride quality also suffered, they reported, because the performance tires have stiffer sidewalls.

But the new tires delivered what was wanted: "Handling and the overall fun-to-drive factor have increased tenfold."

Then they strapped on some pricey testing equipment—and found to their shock that while the Real MPG gear calculated the Bolt EV's range on the original tires at 244 miles, that plummeted "by a staggering 27 percent" to 178 miles with the sticky high-performance summer tires.

That may have been due, the article suggests, to the more aggressive driving style the new tires permitted.

Read the whole Motor Trend piece for the full analysis. 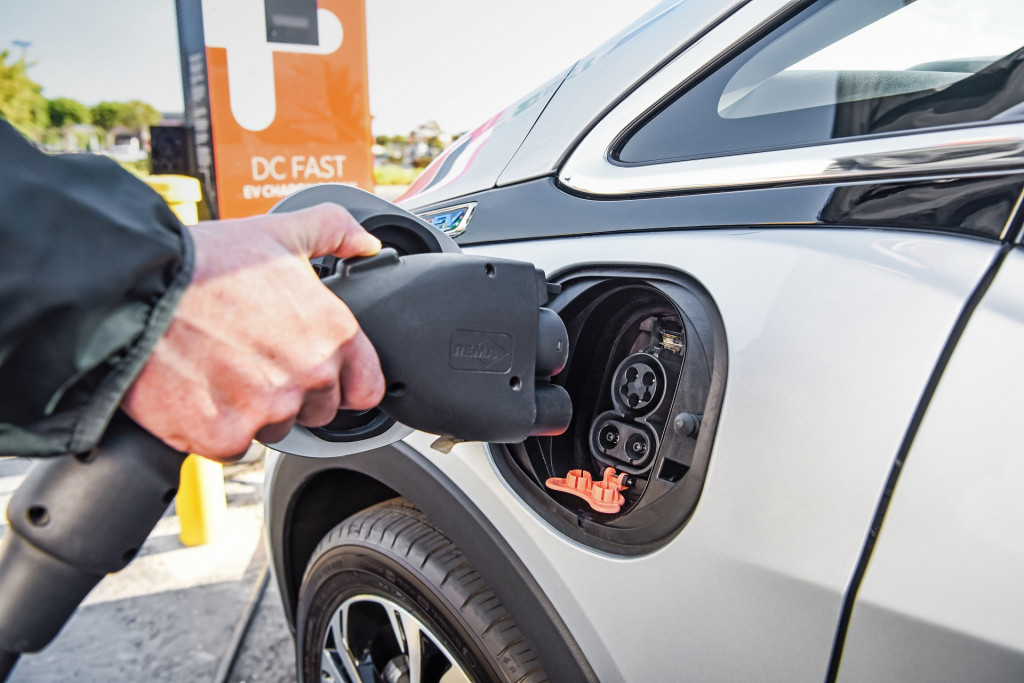 Owner Daniel Wright wrote, "I got the Yokohama Avid Acend; another good pick is the Bridgestone Ecopia," for instance.

One note: the original Michelin tires are among the very few on the market that are self-sealing, allowing Chevrolet to omit not only a spare tire but also the sealing kit for punctured tires often provided in other electric vehicles.

We'd suggest any Bolt EV owners who fit different tires to their electric cars may wish to invest in an annual roadside-assistance membership for that reason. Just in case.