Not every car buyer can afford a brand-new vehicle, which often makes gently used vehicles an appealing alternative.

But while cars that plug in take only a small share of new-vehicle purchases today—about 1 percent—they apparently move quite fast off dealer lots once they're used.

Six of the top 10 vehicles boast some sort of electrification, and two of those are purely electric.

According to iSeeCars, the fastest-moving used car is the Fiat 500e with its EPA-estimated 87-mile range.

We've noted it in the past, but the latest study also mentions the 500e's incredibly low resale values—which either make the car a quick mover on used-car dealership lots or suggest the dealer should immediately send it to a wholesale auction to avoid having to deal with it at all. 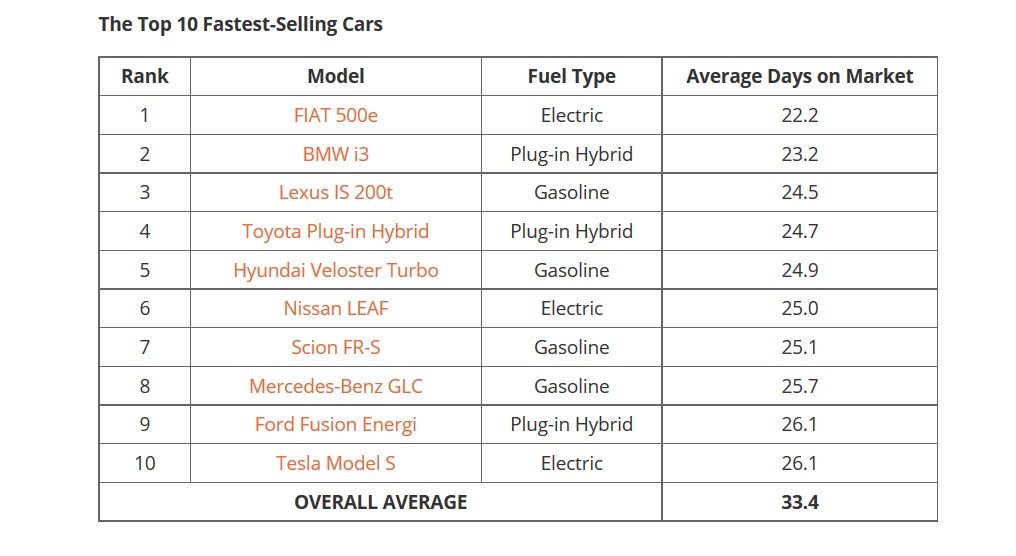 The tiny electric car takes just 22.2 days on average to depart from dealer lots. The Fiat 500e's average used sale price is $9,055, and wholesale auction prices of little more than $4,000 can be spotted—something of an indicator, perhaps.

Finally, the Ford Fusion Energi and Tesla Model S round out the bottom of the list.

Note that all of these electrified cars move quicker than two used-car benchmarks: the Honda Civic and Toyota Corolla.

However, electric cars' resale value may once again be a major factor. 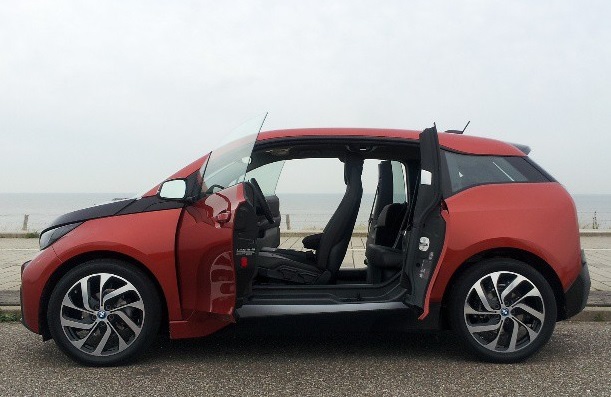 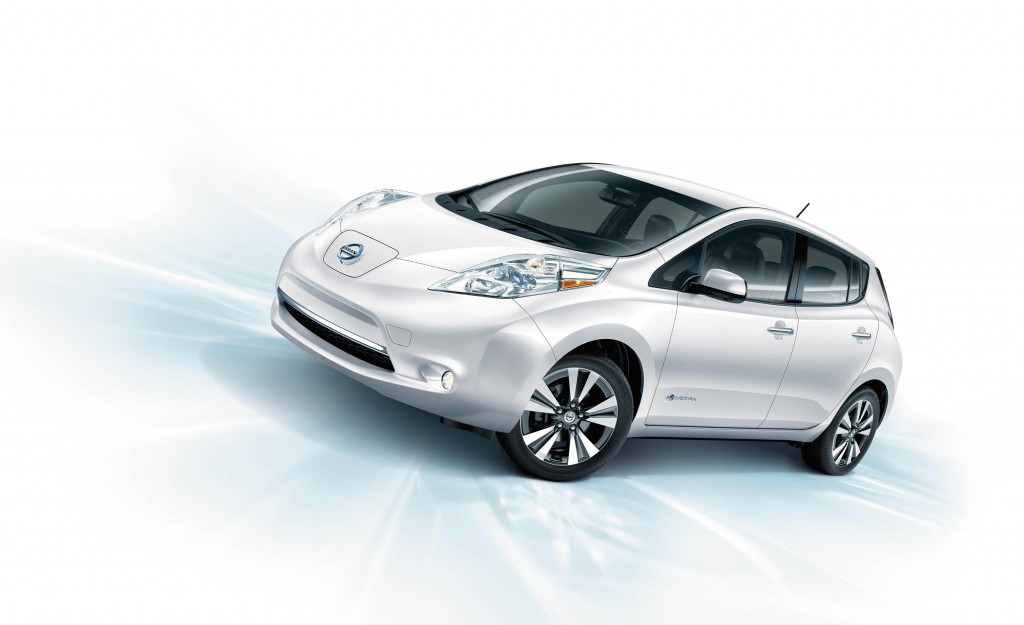 As it often is, the Tesla Model S is an exception to the rule: it has actually increased in value on the used-car market.

Phong Ly, CEO of iSeeCars, speculated that the scarcity of used Model S sedans and Tesla's general popularity has contributed to that car's used-price increase.

Across tens of millions of used sales each year, the average used vehicle takes 33.4 days to movie. 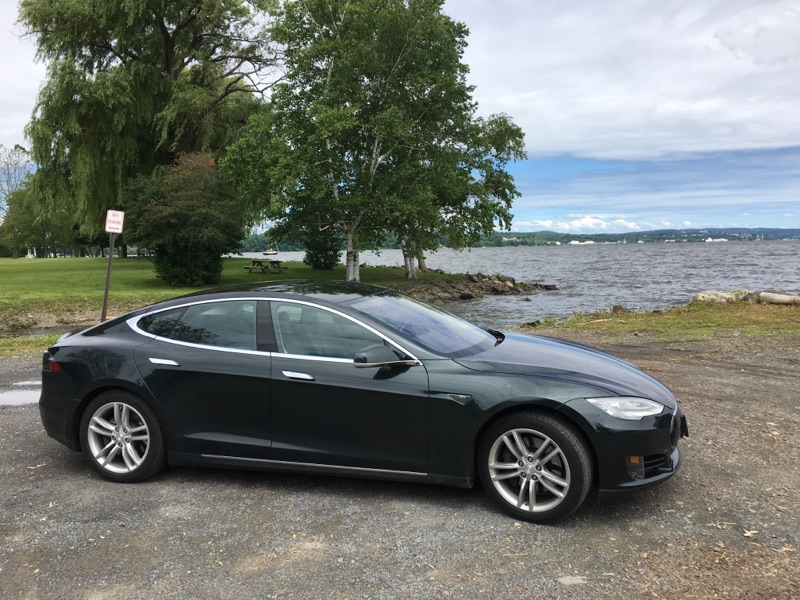 Each of the electrified cars was significantly lower than that benchmark.

Either consumers are warming up to used electric cars faster than new ones, or dealerships just don't want the hassle.

[EDITOR'S NOTE: This article was originally published on October 1. We revised it on October 26 to take into account an interesting and likely valid point made in a lengthy post on The Truth About Cars. Starting in about the seventh paragraph, it points out that the iSeeCars data set measures not time to sale but time to removal from dealer lots. That may be because many dealerships immediately send used electric cars to wholesale auctions rather than trying to sell them at retail. Franchised dealerships often find selling used electric cars challenging for the same reasons they find selling new ones challenging, especially when their salespeople know little about electric cars or their buyers.]