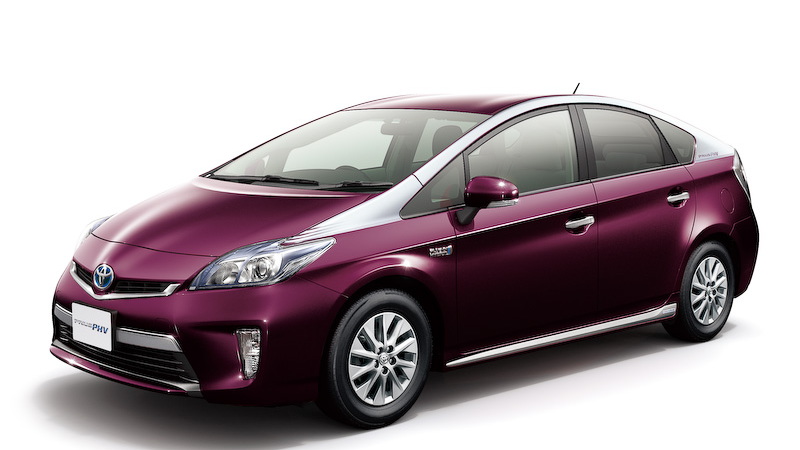 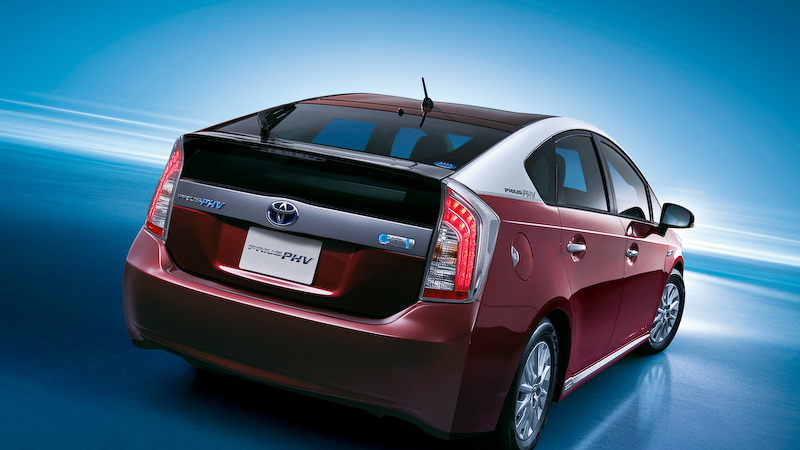 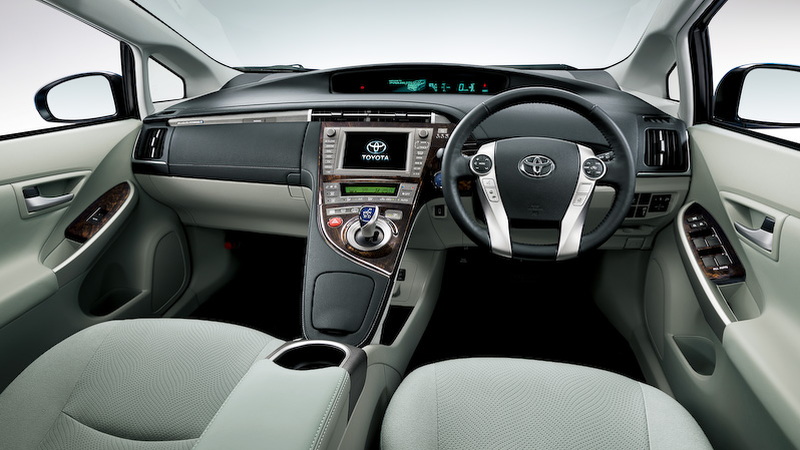 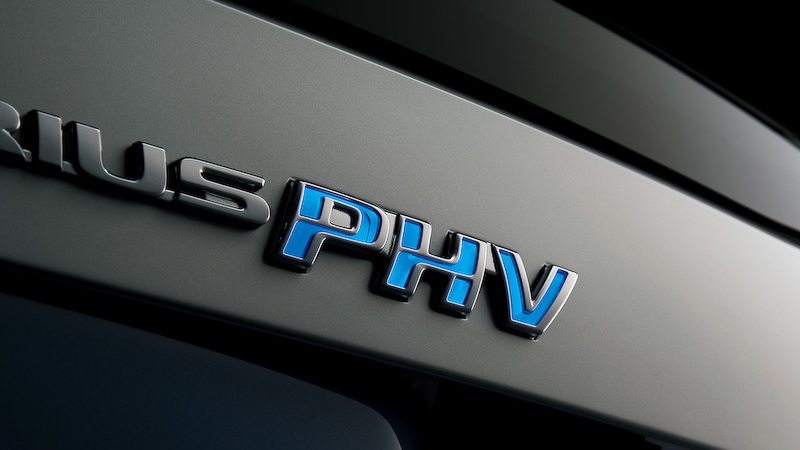 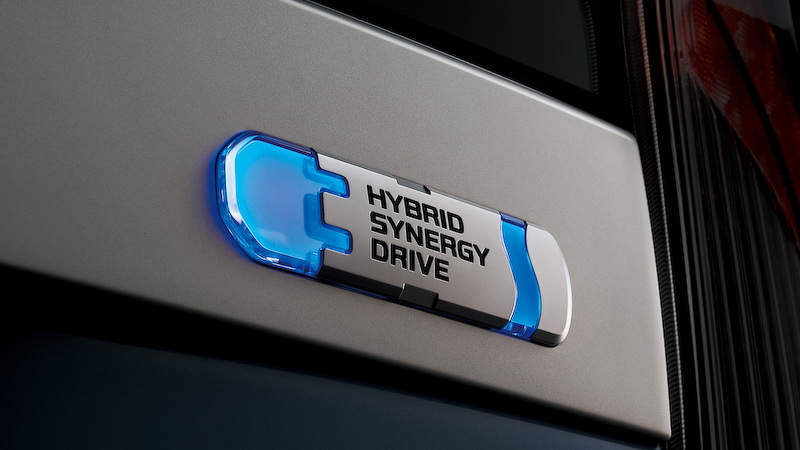 Often cars are updated first in their home market; here's a good example.

The 2014 Toyota Prius Plug-In Hybrid is getting a few upgrades, but--so far--only in Japan.

The biggest visual difference between the facelifted model and previous Prius Plug-Ins is the new two-tone paint scheme.

Two-tone treatments were popular on tail-finned 1950s American cars, and it had a resurgence in the 1980s; Toyota apparently thinks the time is ripe for the style to return on its only plug-in hybrid.

Other exterior visual changes include new aluminum alloy wheels and both "PHV" and "Hybrid Synergy Drive" badges illuminated by LEDs.

On the inside, Toyota has added a padded compartment in the center console for storing a smartphone, and some dark wood-grain inserts to give the interior a more luxurious feel.

Underneath the skin, the 2014 Toyota Prius Plug-In Hybrid benefits from an improved spot-welding process that yields increased structural rigidity, the company says.

According to Toyota, the stiffened structure will reduce noise and vibration, and improve ride quality and steering feel.

The facelift buys the company some time before the launch of the all-new 2015 Toyota Prius.

While the signature one-box shape will probably remain the same, some big changes are in store for Toyota's hybrid flagship vehicle.

Toyota is reportedly aiming for 55 mpg in the conventional hybrid Prius Liftback, and the car is expected to switch to a lithium-ion battery pack.

Until then ... how do you feel about two-tone?