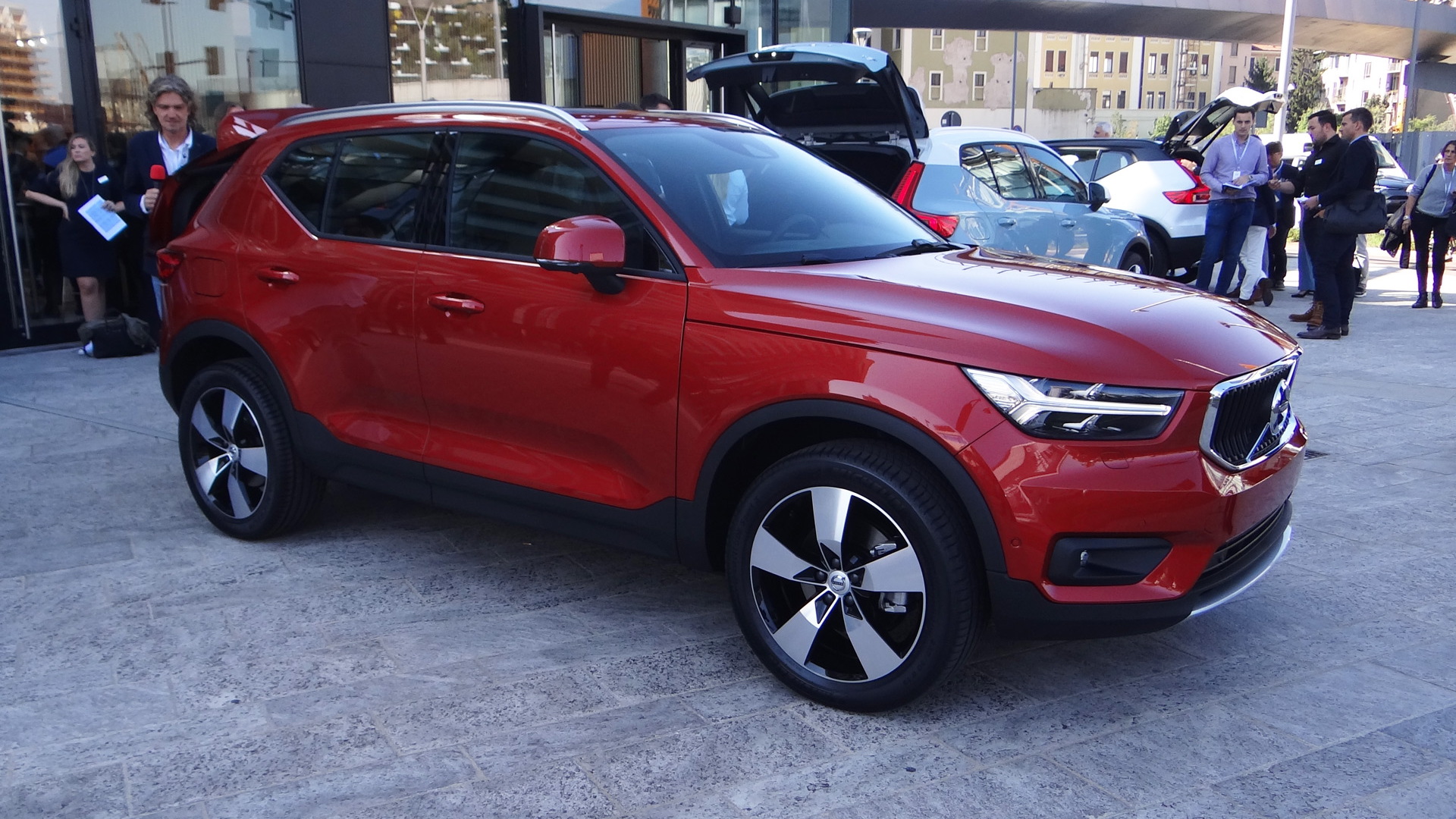 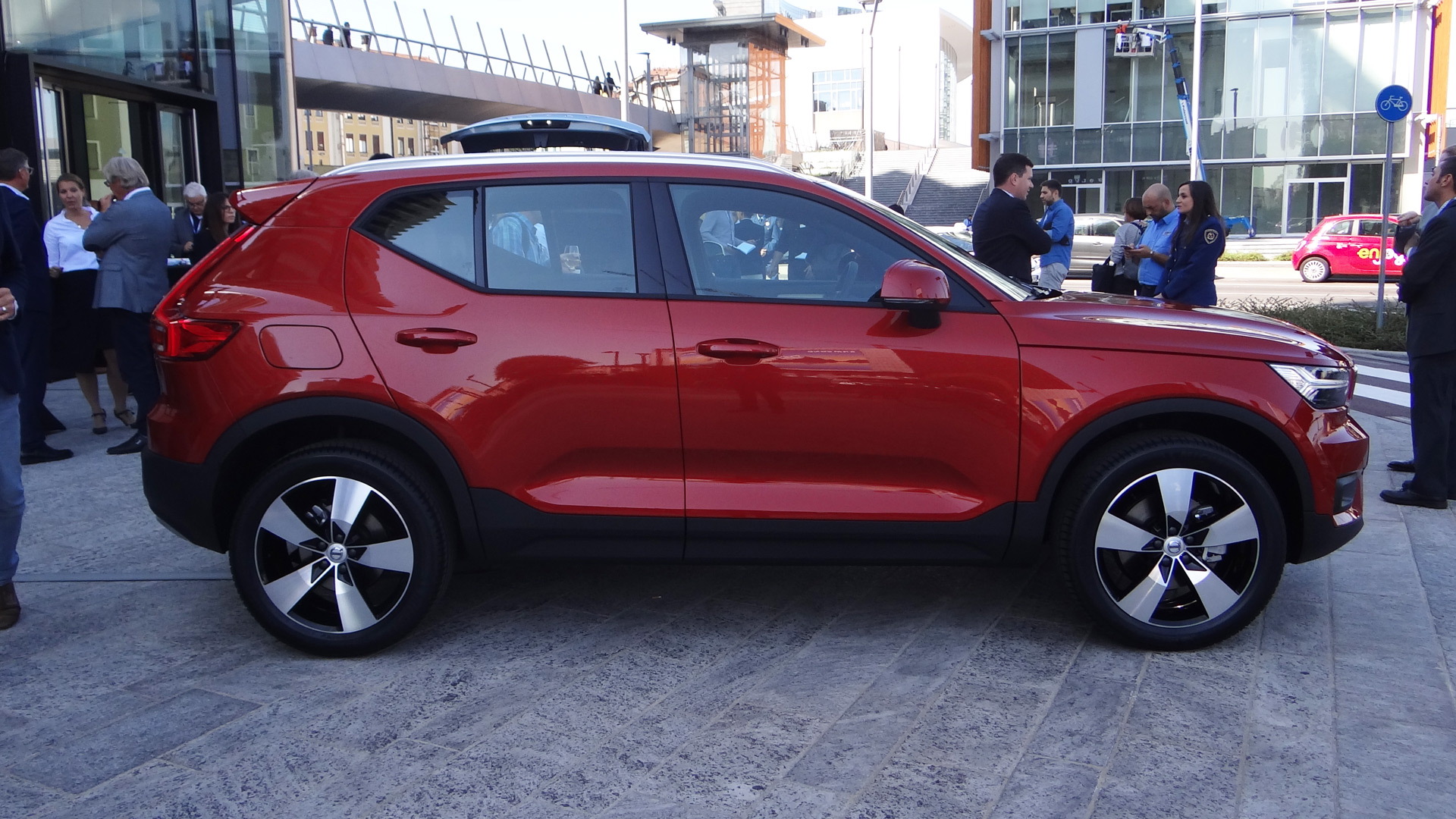 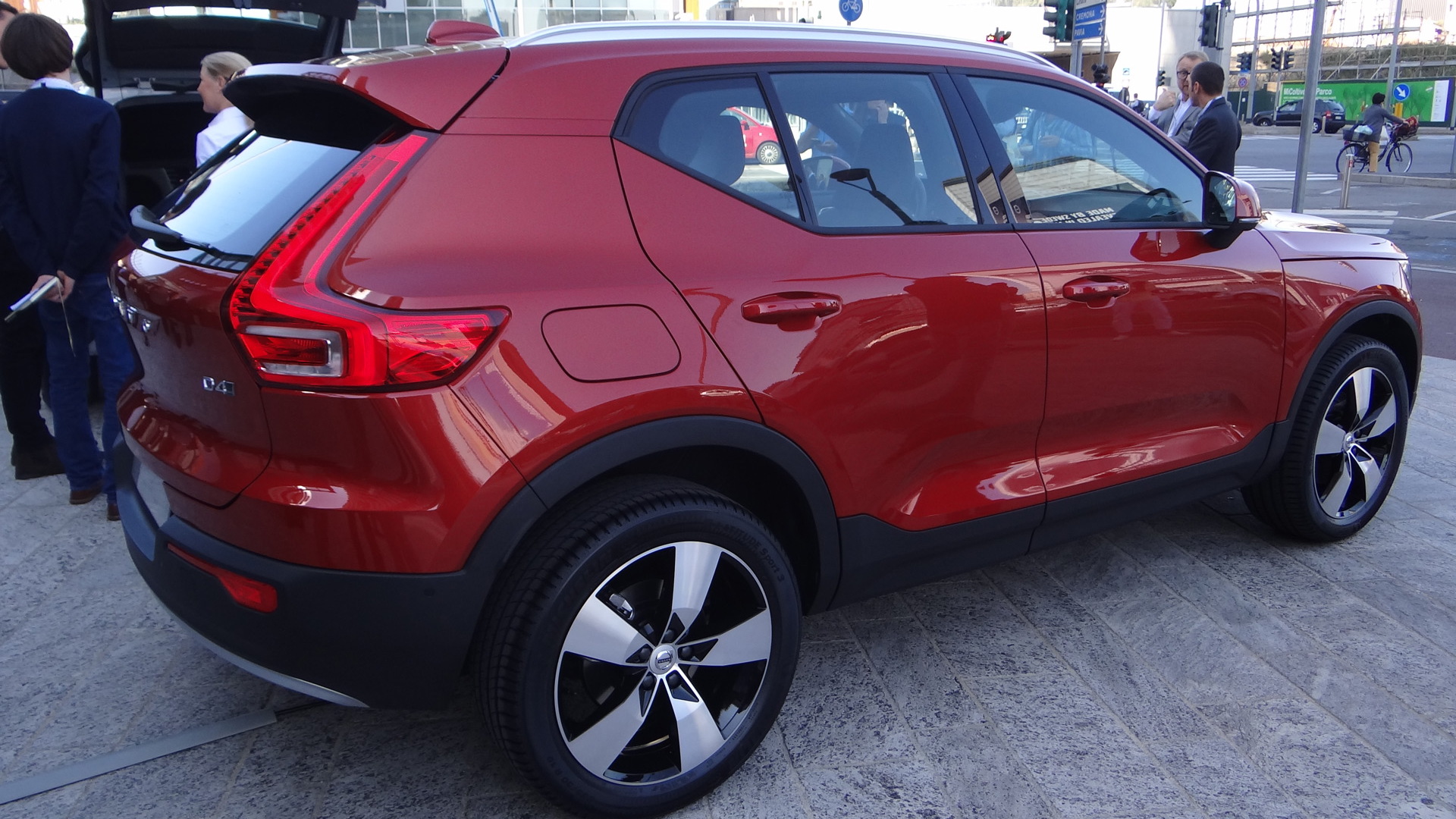 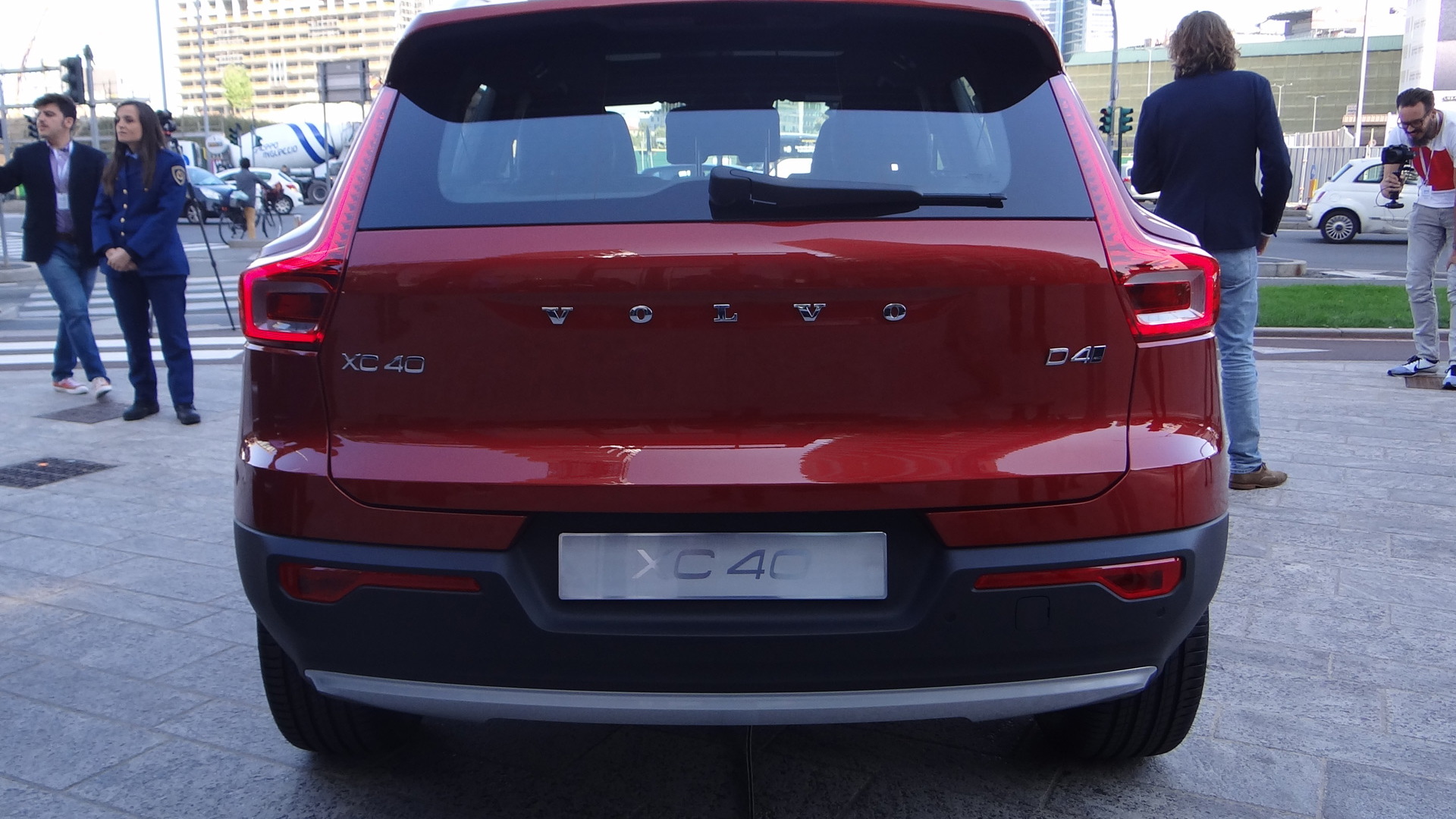 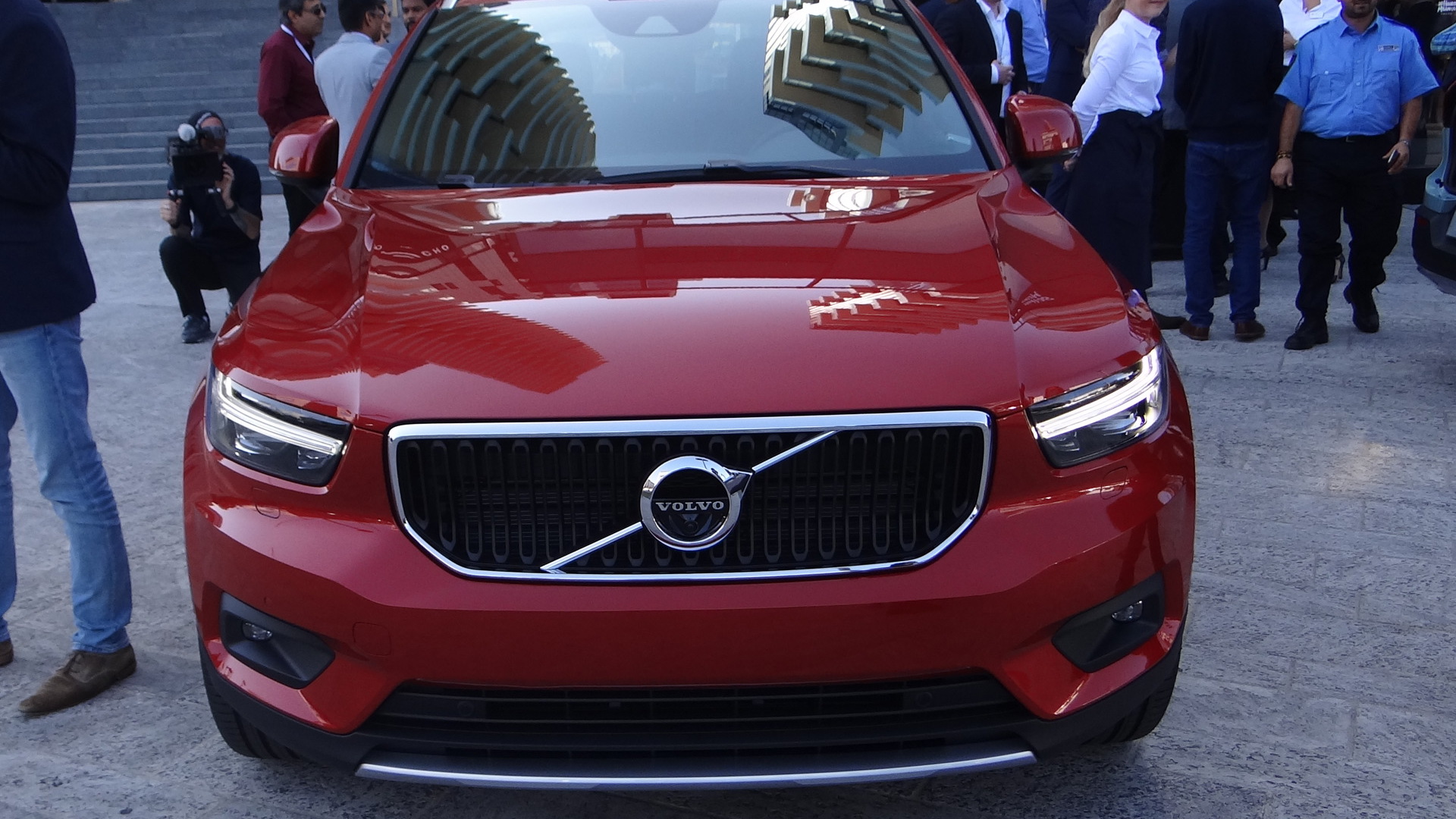 It was followed by the S90 sedan and V90 wagon in 2017, filling out its large luxury lineup.

The 2018 Volvo XC60 mid-size crossover utility is now starting to filter into dealers, to be followed by its corresponding S60 sedan and V60 wagon.

DON'T MISS: Volvo to electrify all cars from 2019: 'end of internal-combustion engine alone'

But there's more to come: the 2019 Volvo XC40 small SUV was unveiled globally yesterday, with a U.S. arrival date within 18 months or so.

All new Volvo models will offer a plug-in hybrid option, although not in all markets, but the XC40 adds a distinction its bigger siblings can't offer: it will also come in a fully electric version.

While it may not be the first all-electric small SUV to hit the U.S. market—we'll have to see what's announced by other makers next year—Volvo is going all-in on powertrain electrification.

Its recent announcement that it would build only "electrified" models within a couple of years was widely and very inaccurately reported as committing the company to all electric cars.

But for a small maker, Volvo is clearly a big proponent of plug-in hybrids across its vehicles.

The architecture it uses to underpin its larger 90-series lineups and mid-size 60-series hasn't been designed for all-electric operation, it has said it the past.

READ THIS: Future Volvo electric car to be built in China

But the XC40 sits on a second new architecture, one it will share with future vehicles to be launched by its Chinese owner Geely.

That Compact Modular Architecture has been designed to accommodate battery-electric powertrains from the outset, and the XC40 will be the first of those to reach North America.

That would put it squarely into competition with the Chevrolet Bolt EV and versions of the Nissan Leaf, Tesla Model 3, and BMW i3.

Those range and price targets are a "prerequisite" for a Volvo electric car to succeed in the U.S., Kerssemakers told Automotive News at the time.

Meanwhile, production of Volvo XC40 models with conventional powertrains will start in November in Belgium.

For the U.S. launch next year, the 2019 Volvo XC40 will be offered in all-wheel-drive T5 Momentum models starting at $36, 195. Next summer, a T4 front-wheel-drive version will be introduced at $34,195; both prices include a mandatory delivery fee.

Both will be powered by a 2.0-liter turbocharged inline-4 paired with an 8-speed automatic transmission; no manual gearbox will be offered in the U.S.

Other powertrains, including a plug-in hybrid, and possibly a 3-cylinder engine as well as the all-electric version, will come later.

The XC40 design is intended to resemble a "tough little robot," Volvo designers said. They kept the design blocky and added strong graphics, against the lighter, more elegant design of the XC90 and now the XC60.

The interior of the small SUV focuses on connectivity, with a 9.0-inch touchscreen, and practical storage. It has bins not only in the doors but also under the seats, and a specific smartphone pad with inductive charging. One bonus touch: a removable trash bin in the center console.

Volvo will offer semi-autonomous drive hardware on the XC40, along with features like forward-collision warnings with automatic emergency braking, and surround-view cameras, that are becoming increasingly standard across the industry.