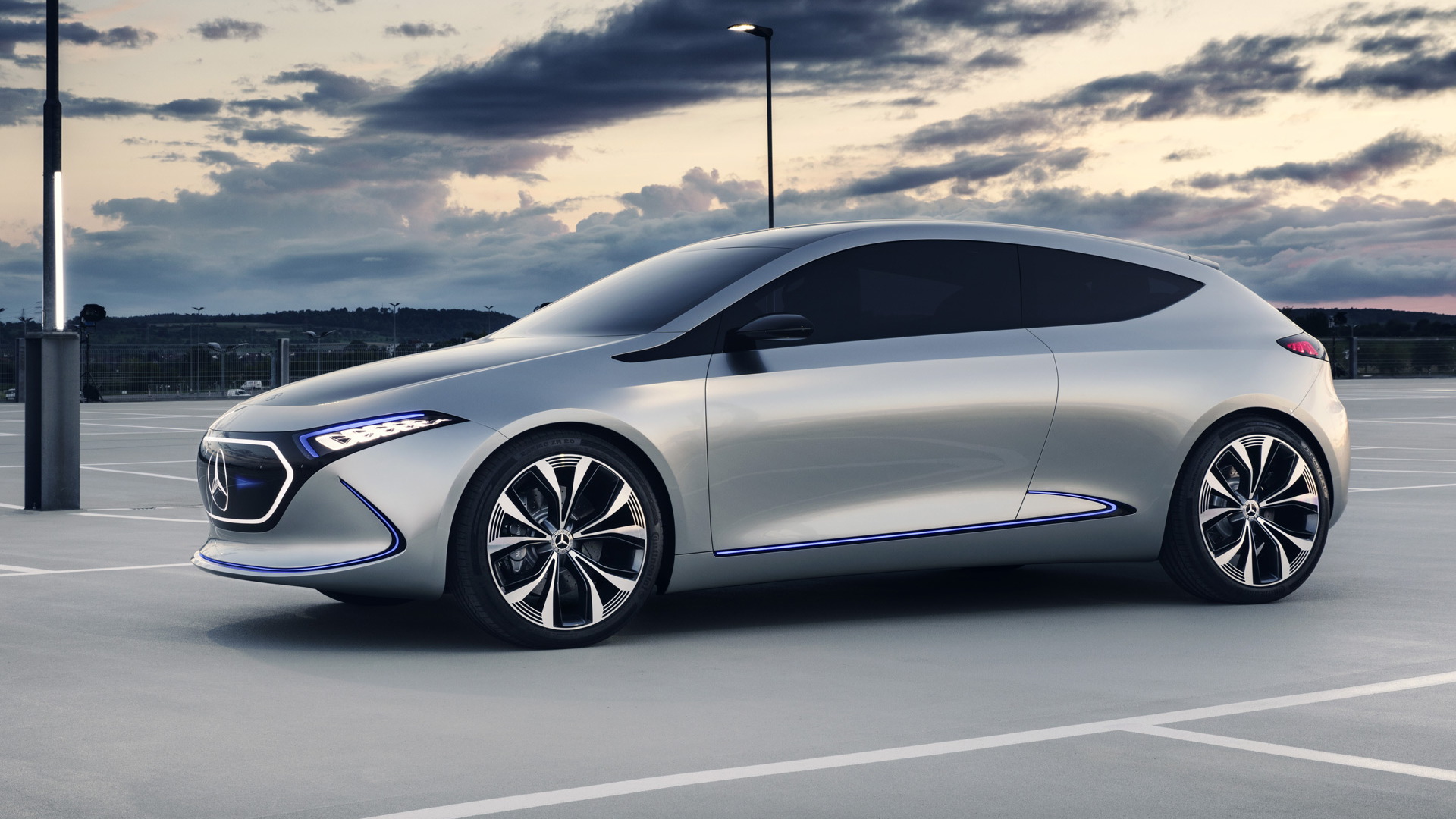 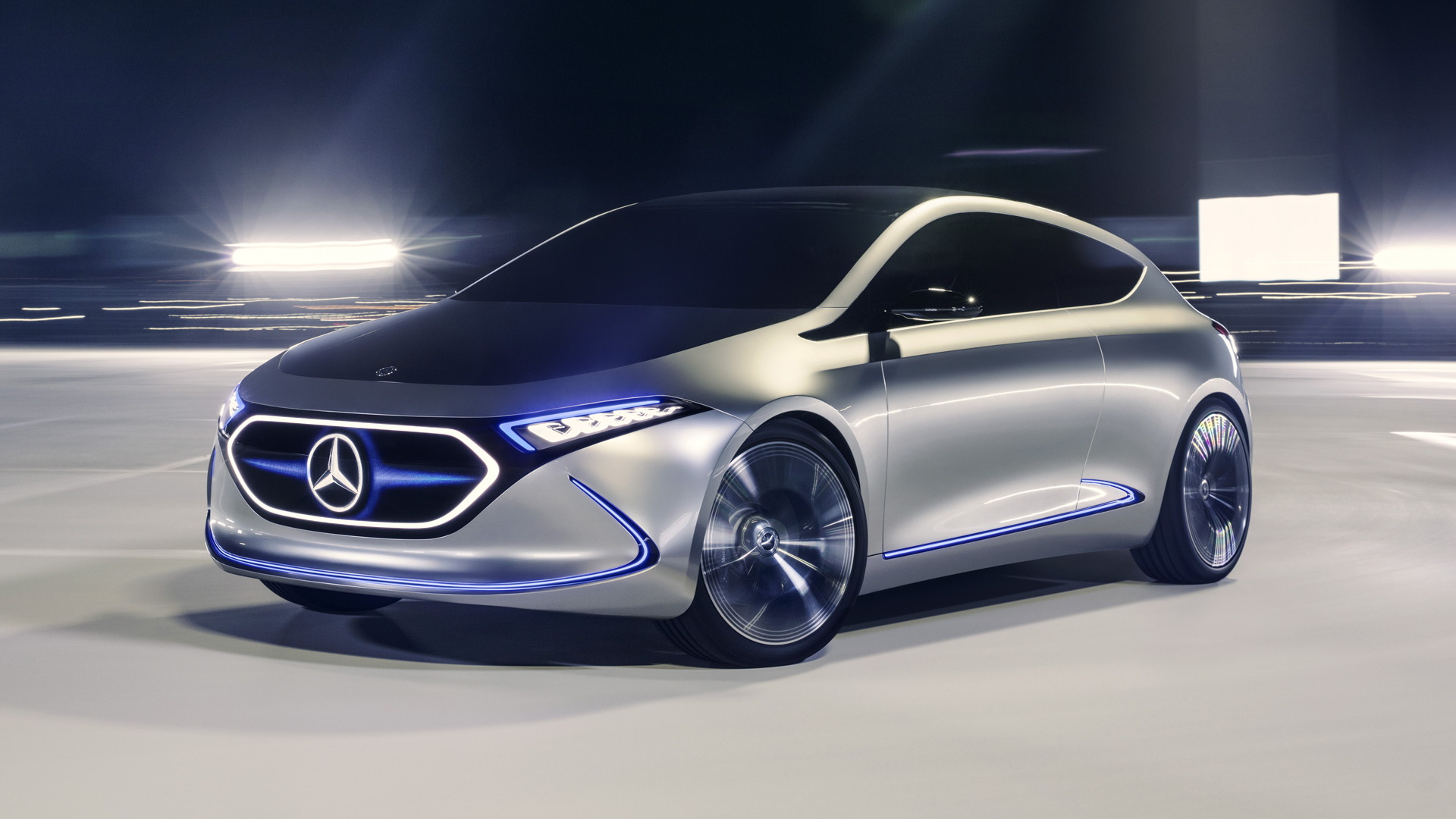 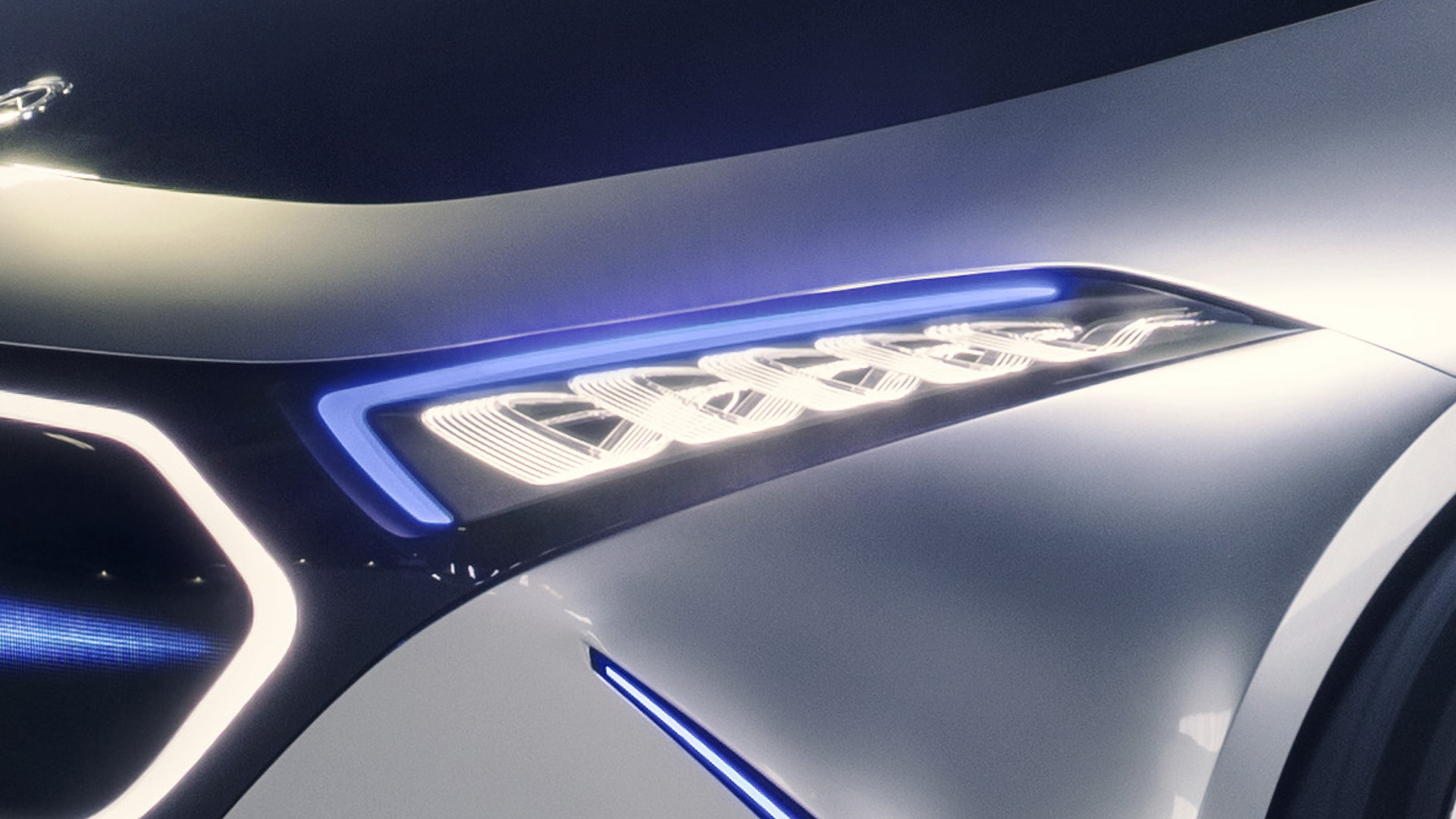 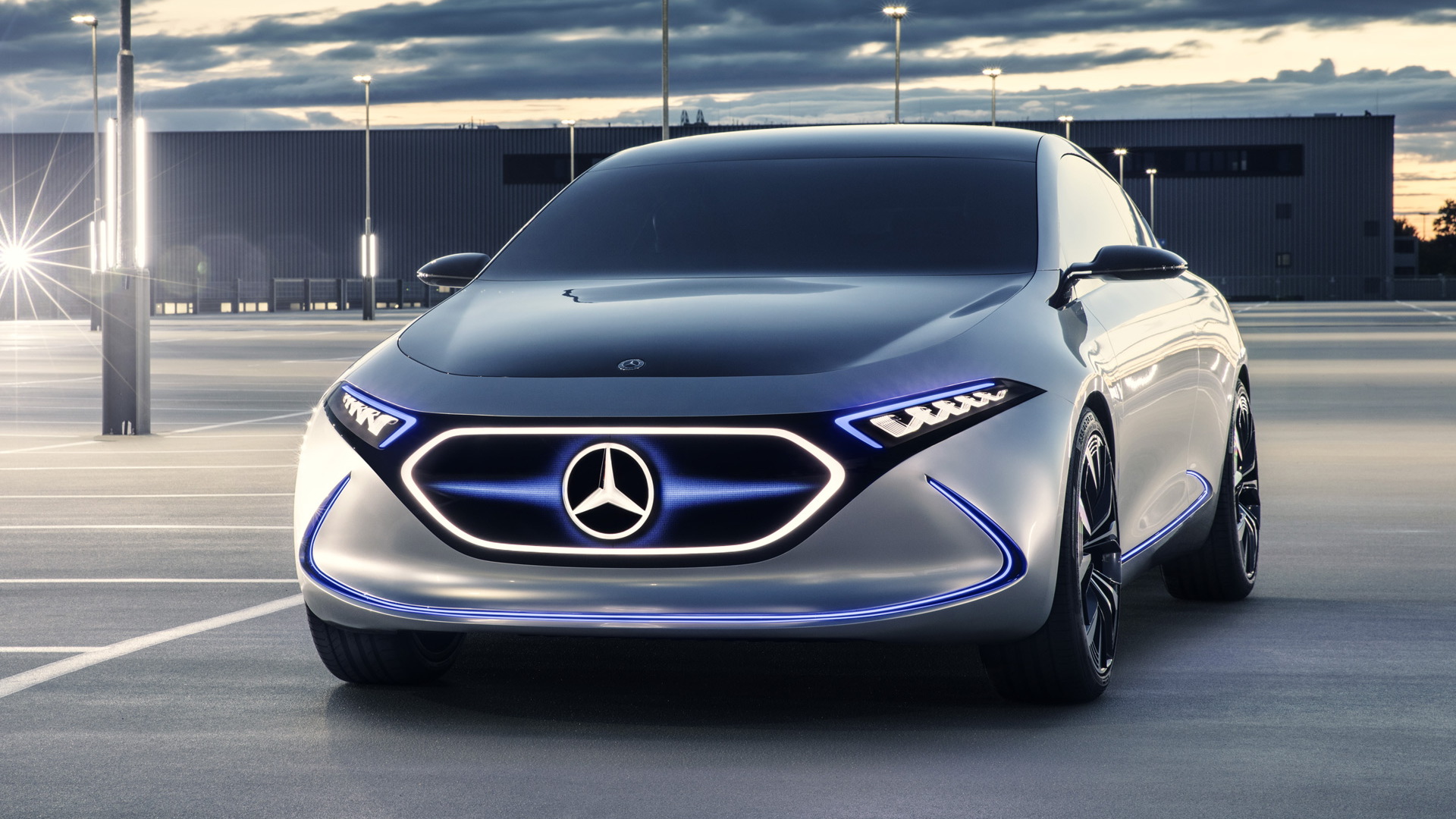 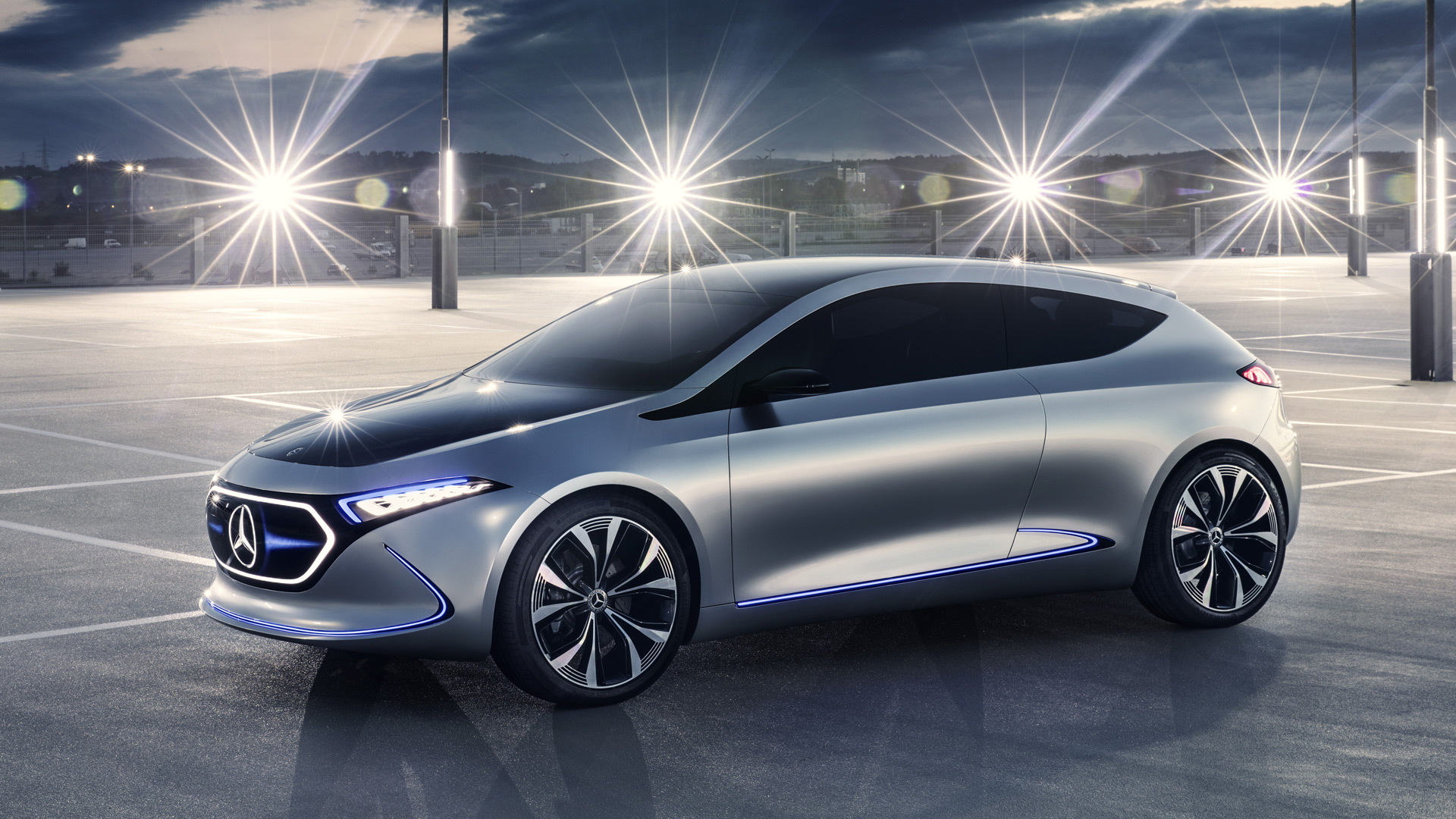 Following various teaser images, the Mercedes-Benz EQA concept for a compact all-electric hatchback made its debut on Tuesday at the 2017 Frankfurt Motor Show.

It's a preview of what will become a volume production car around 2020, competing against numerous 200-mile hatchbacks of the same size from various German brands.

The electric Mercedes EQA, however, is likely to be offered in a variety of power and range levels, just as its current CLA compact sedan is today.

With a flat battery pack under the cabin, the EQA is expected to be the smallest of numerous all-electric vehicles built on the company's upcoming Modular Electric Architecture, or MEA, platform.

The debut of the EQA Concept at IAA, the official name of the Frankfurt auto show, offered some details about the car's powertrain, however.

It is powered by an electric motor on each axle, with a combined output of 200 kilowatts (270 horsepower) and 368 pound-feet of torque—giving it a 0-to-62-mph acceleration time of about 5.0 seconds.

The battery capacity is given as 60 kilowatt-hours, which is becoming the de facto size for packs in so-called C-segment hatchbacks from the Chevrolet Bolt EV to a forthcoming version of the second-generation Nissan Leaf.

Mercedes gives the range at 250 miles, likely rated on the generous NEDC test cycle. Any U.S. EPA rating would likely fall at 200 miles or more.

The EQA features both standard plug-in and wireless inductive charging, the latter a feature first expected to appear in production on the updated 2018 version of the Mercedes-Benz S550e plug-in hybrid large sedan.

DC fast charging is also available, using the CCS standard plug; Mercedes-Benz says up to 60 miles of range can be added to a depleted battery in 10 minutes.

The motors on either axle give the EQA all-wheel drive, with the ability to vary torque distribution front to rear for both better traction and most efficient use of battery energy.

When the EQA enters production, around 2020, it will compete with what is likely to be an updated BMW i3, a similarly-sized five-door electric hatchback from Audi, and the Volkswagen ID hatchback that will be VW Group's first high-volume electric car.

Mercedes has suggested it will be priced only slightly higher than its current compact models, meaning it's likely to become the highest-volume electric car in the EQ lineup.

The concept also serves a second purpose: it's a look at the proportions of the next generation of compact cars from Mercedes.

Touches unique to the electric version, however, include the gloss-black blanking panel that substitutes for a grille—which, when the driver selects the highest-performance Sport Plus mode, displays vertical struts that resemble those on the Mercedes-AMG Panamericana performance coupe.

Frankfurt has been a busy show for Daimler, which displayed not only the EQA but also the production version of its Mercedes-Benz GLC F-Cell EQ Power, the world's first hydrogen fuel-cell vehicle with a plug-in battery pack as well.