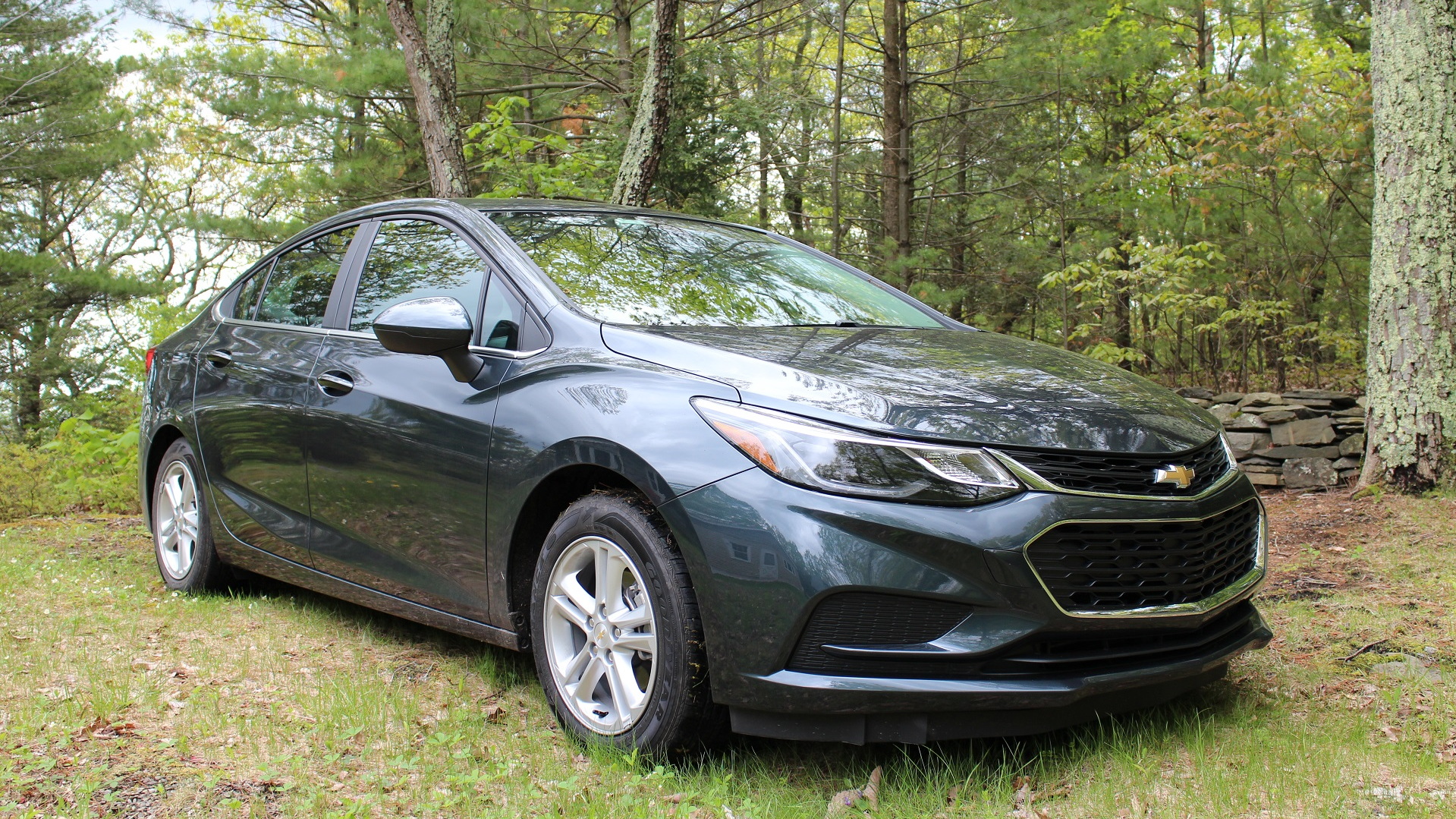 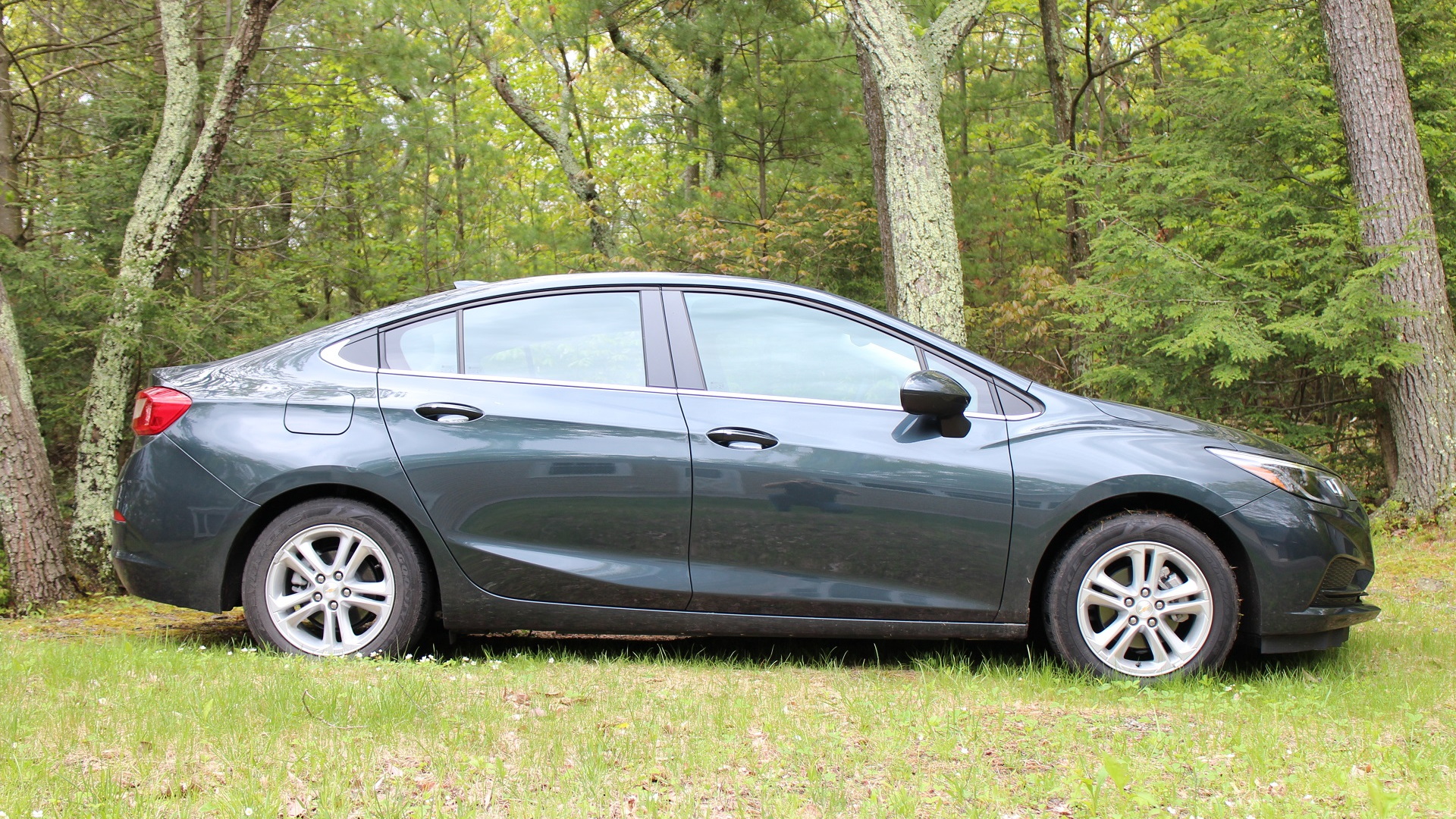 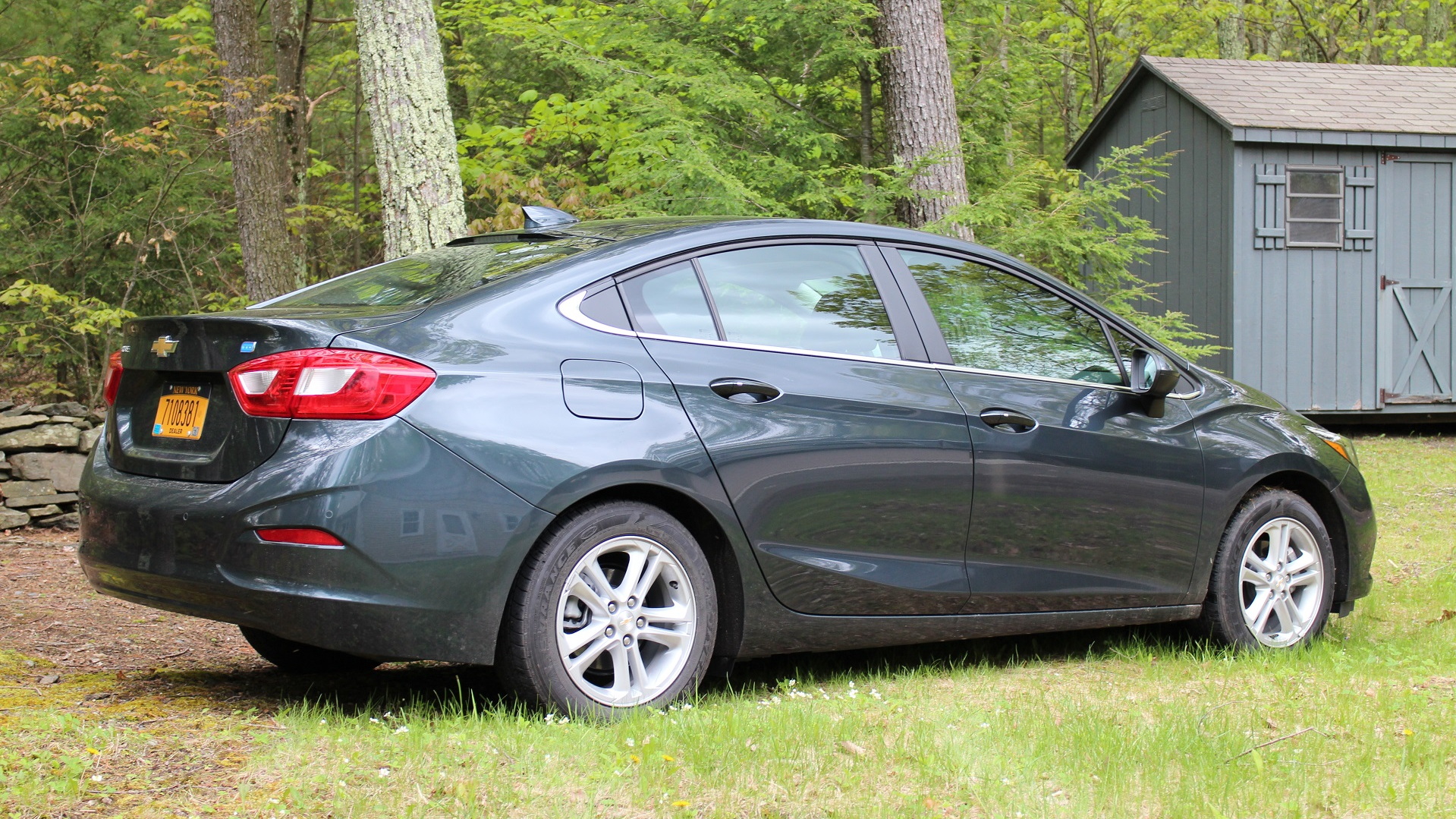 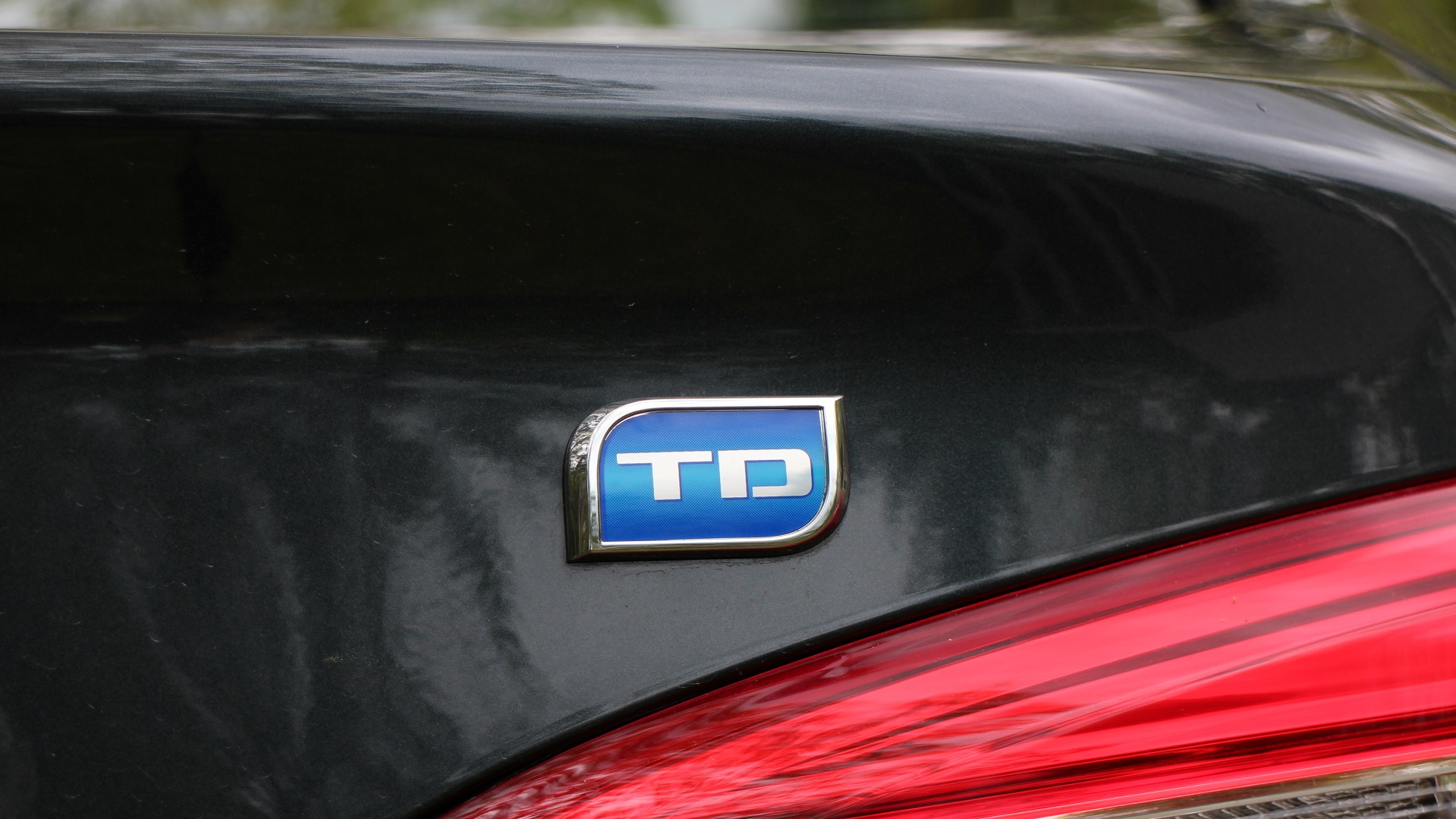 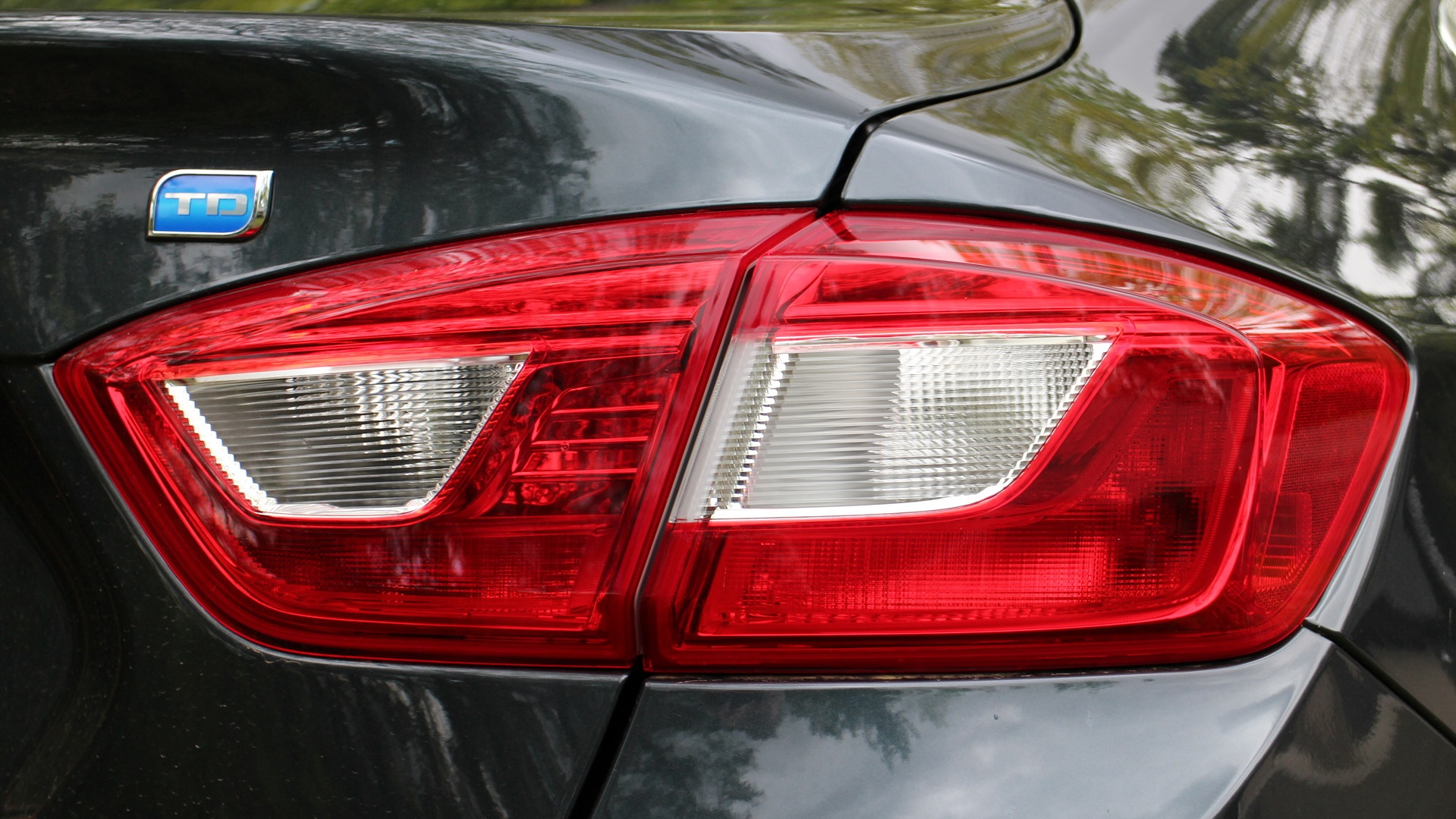 Times are tough for sedans in general, as buyers swarm into crossover utility vehicles and ignore the passenger cars sitting next to them on the showroom floor.

All of which may add up to tough times for the current Chevrolet Cruze Diesel, the compact sedan to be offered with a high-efficiency turbo diesel engine.

For the balance of August, Chevy is offering 20 percent off the sticker price of any Cruze Diesel.

That means a base-model Cruze Diesel with a 6-speed manual transmission can be purchased for just about $20,000, including delivery.

We had a chance earlier this year to drive a pair of Cruze Diesels, spending several days and 280 miles with a charcoal-grey automatic version and a few hours with a bright red manual sedan.

It's clear that the second-generation diesel Cruze is a far better vehicle than its predecessor, which was fine on the highway but relatively unpleasant to drive in stop-and-go and low-speed traffic.

But there's no questioning its fuel efficiency: our automatic Cruze Diesel returned a stunning 48.2 mpg reading on the trip computer over our usual two-thirds highway, one-third city test route.

That's significantly better than the car's EPA ratings, which are 31 mpg city, 47 mpg highway, and 37 mpg combined for the automatic version.

The base 6-speed manual Cruze Diesel comes in at the same 37-mpg combined rating, but its city rating is lower at 30 mpg, and the highway rating is even higher, at 52 mpg.

Over 60 miles of mixed urban and parkway driving, the manual Cruze Diesel gave us a reading of 36.1 mpg—essentially matching its combined rating.

Our experience over 280 miles in the automatic version underscores the widespread evidence that under many circumstances, diesel cars can significantly outperform their fuel-economy ratings.

We liked our time in both cars, although we note that the higher cost of a diesel powertrain with modern emission aftertreatment gear has led Chevy to cut a number of features out of compact sedans that stickered above $26,000 and just below $30,000 respectively.

Our automatic test Cruze Diesel, at $29,655, had a sunroof, but omitted automatic climate control, power adjustment for the front passenger seat, and even an automatic-up feature for the driver's window.

On the road, each of the two Cruze Diesels had satisfying elements and a small number of quirks.

We spent more time in the automatic version, which is fitted with a 9-speed automatic that shifts fairly frequently to match the diesel's limited rev band.

It also comes with start-stop as standard, which kept the engine off up to 90 seconds at a time and started up quickly and fairly smoothly, considering the high compression ratio it had to overcome.

In a grim 5.7 miles of New York City traffic that took almost an hour to travel through, the automatic Cruze Diesel returned an indicated 26.2 mpg—indicating the effect of a start-stop systems in lengthy stop-and-go traffic.

Engine noise was well muffled, and even under heavy acceleration proved to be more of a remote growl than the close-in clatter of earlier diesels. (Its German engineers called this latest 1.6-liter turbodiesel 4-cylinder the "Whisper Diesel" for its relative silence.)

But we found the 9-speed automatic occasionally bucked in combinations of quick on-and-off acceleration during suburban traffic jams and around things like mall entrances and parking lots.

In the manual-gearbox version, we found the clutch a little sudden against the gentler engagement in most Asian vehicles with stick shifts, but we quickly got used to it as any regular driver would.

And with the ability to control our own shifting, the manual Cruze Diesel was considerably more fun to drive (likely at the cost of several miles per gallon).

It's the rare compact sedan these days in which we can write in our drive notes, "accelerates out of uphill curve with satisfying surge of power."

That's one reason diesel drivers love 'em, though the programming in the 9-speed automatic defaults to keeping the engine at 1,200 to 1,500 rpm unless significant acceleration is called for.

When you floor that version, as in virtually all of the cars with more than six speeds in their automatic gearboxes, you'll get not just one but usually two and sometimes three downshifts before the car starts to accelerate with any degree of enthusiasm.

A handful of random comments on our pair of Cruze Diesels:

The leather interior option added $1,125, including a heated as well as leather-wrapped steering wheel, and the "Cajun Red Tintcoat" paint was an additional $395.

It too had the $1,125 leather package, plus a $2,260 "driver confidence, sun, and sound package" that bundled active-safety features (rear park assist, rear cross-traffic alert, lane-change alert) with a premium 9-speaker Bose audio system, an 8-inch color touchscreen, a color display between the instruments, and a power sunroof.

Again adding $875 for the mandatory delivery fee, the total on our automatic diesel Cruze sedan came to $29,655.