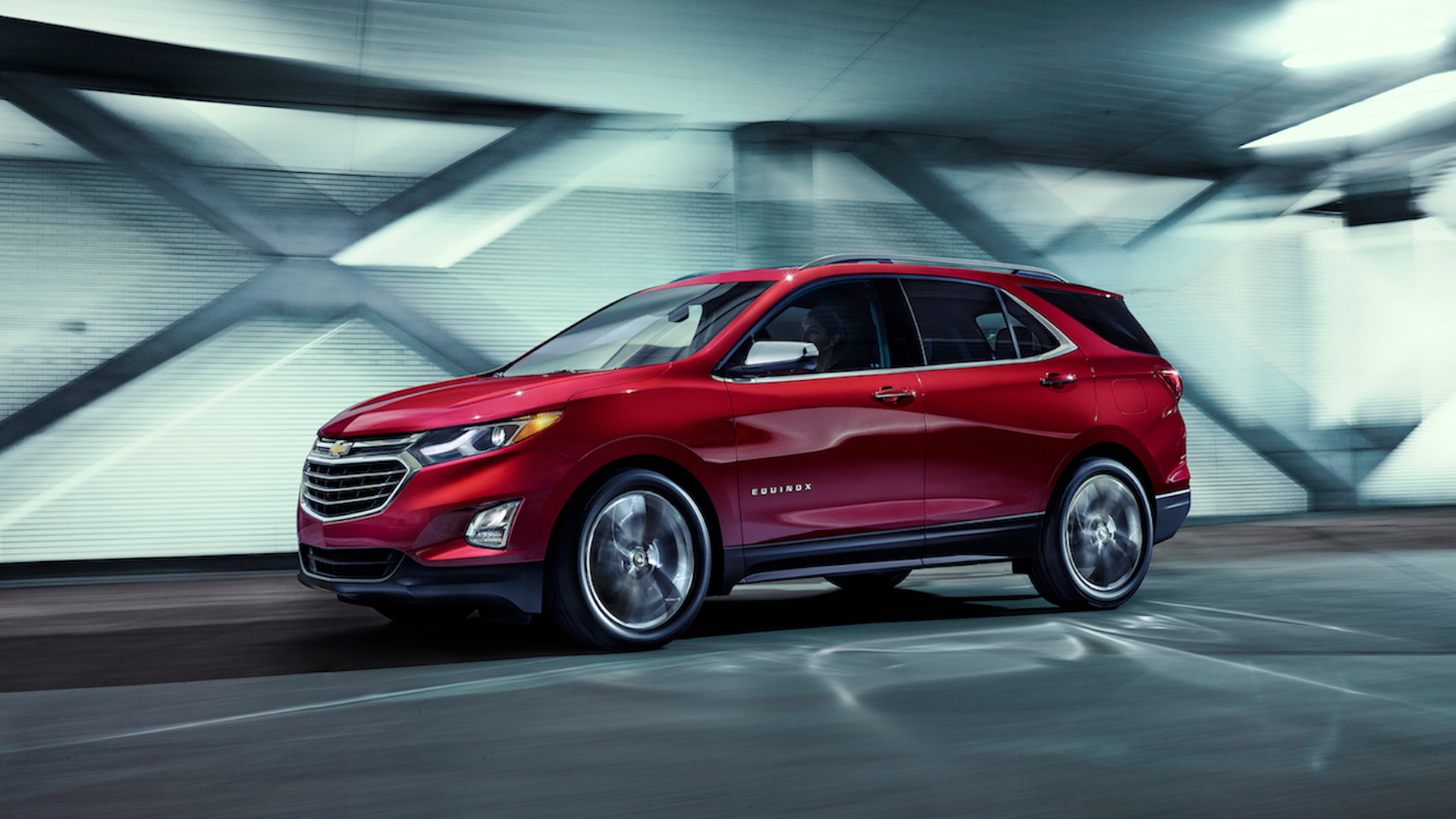 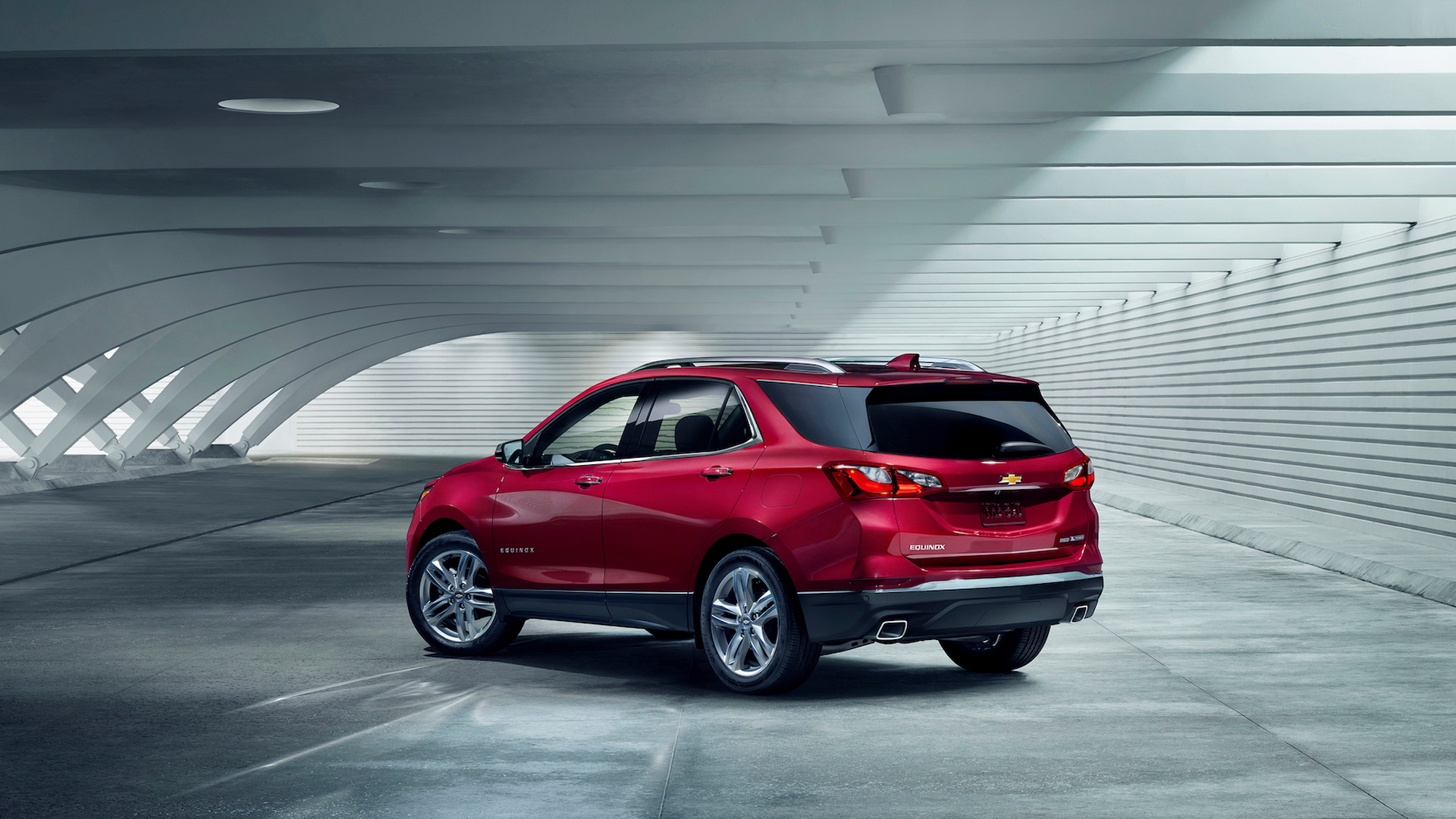 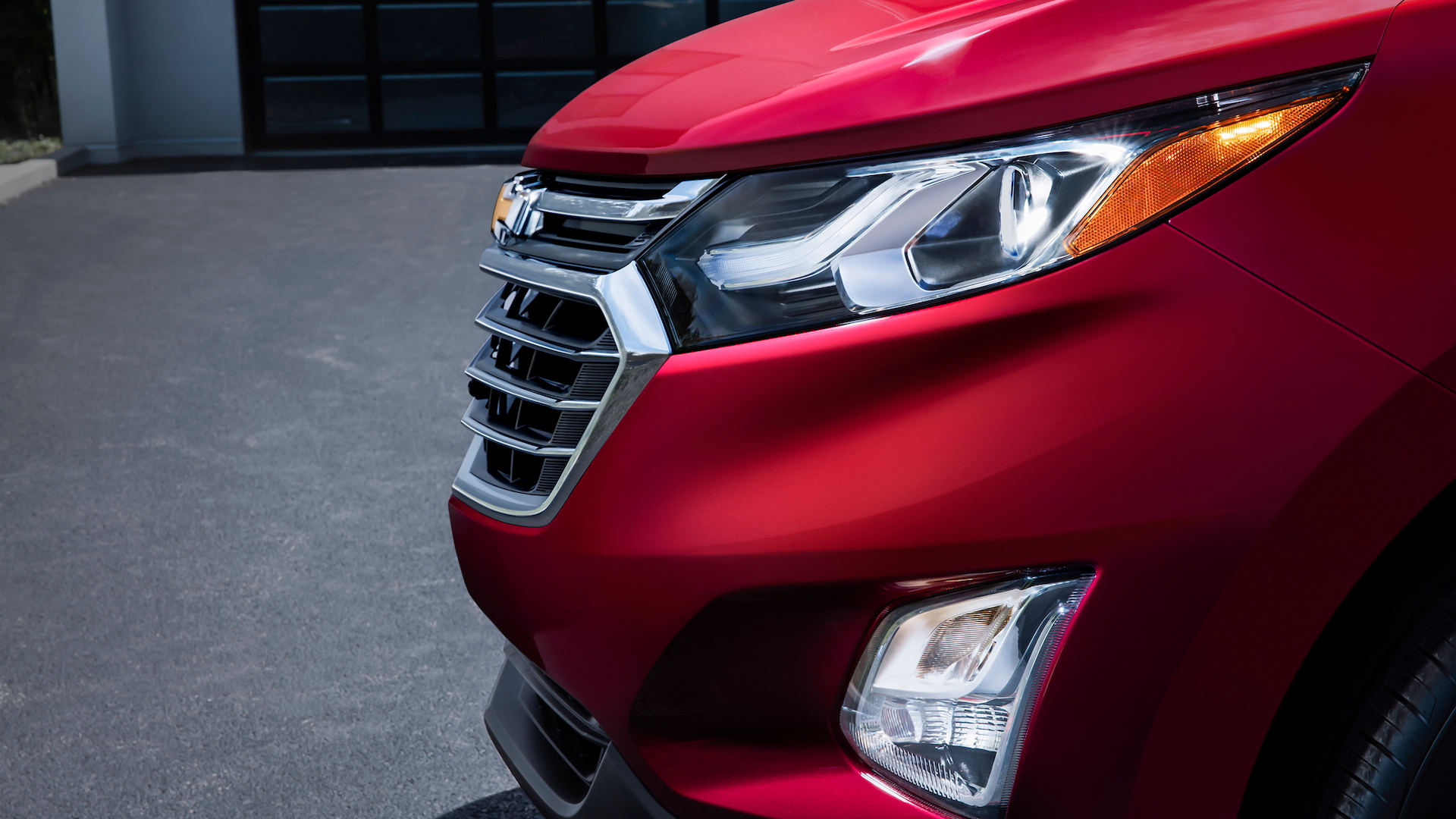 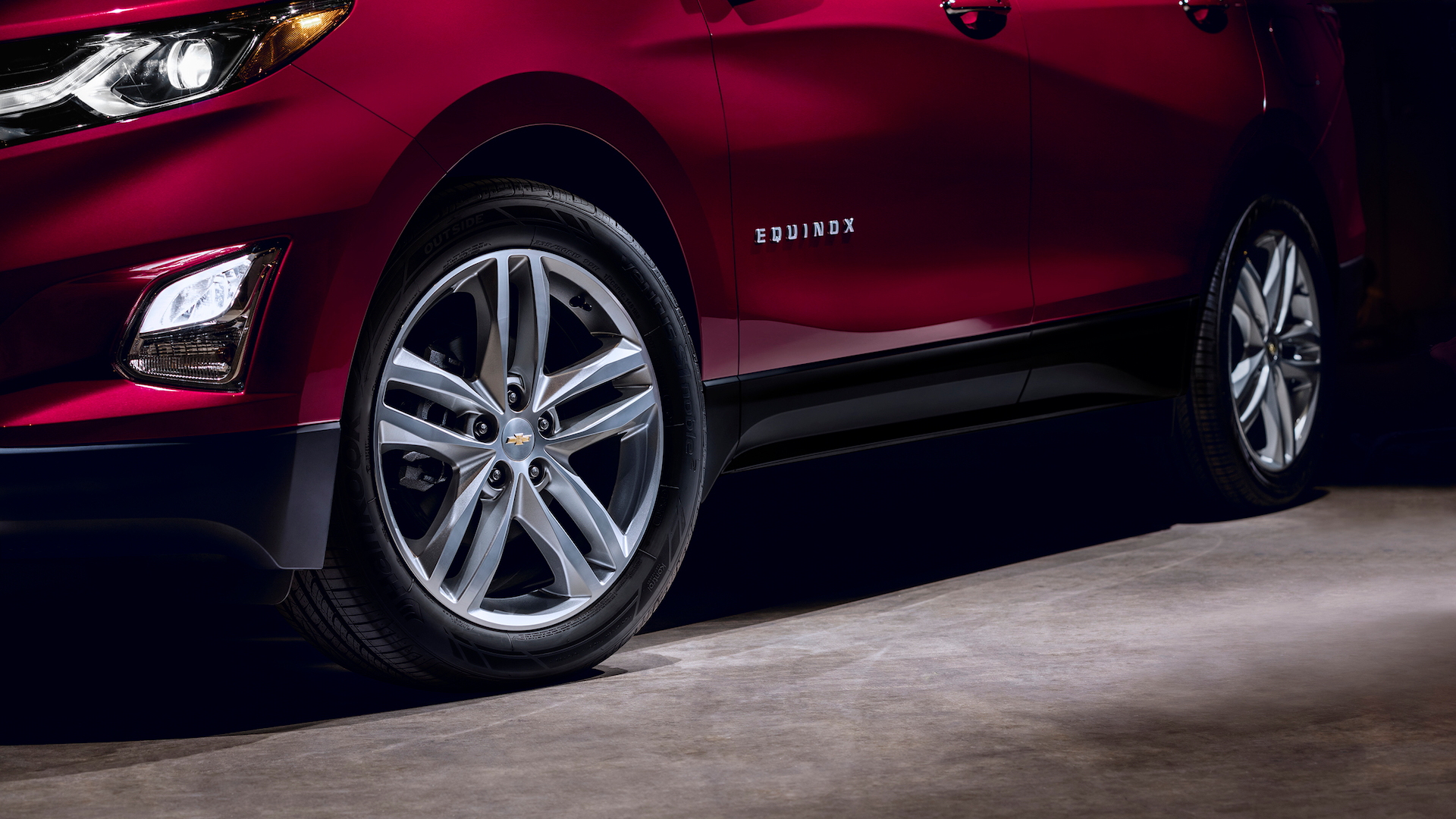 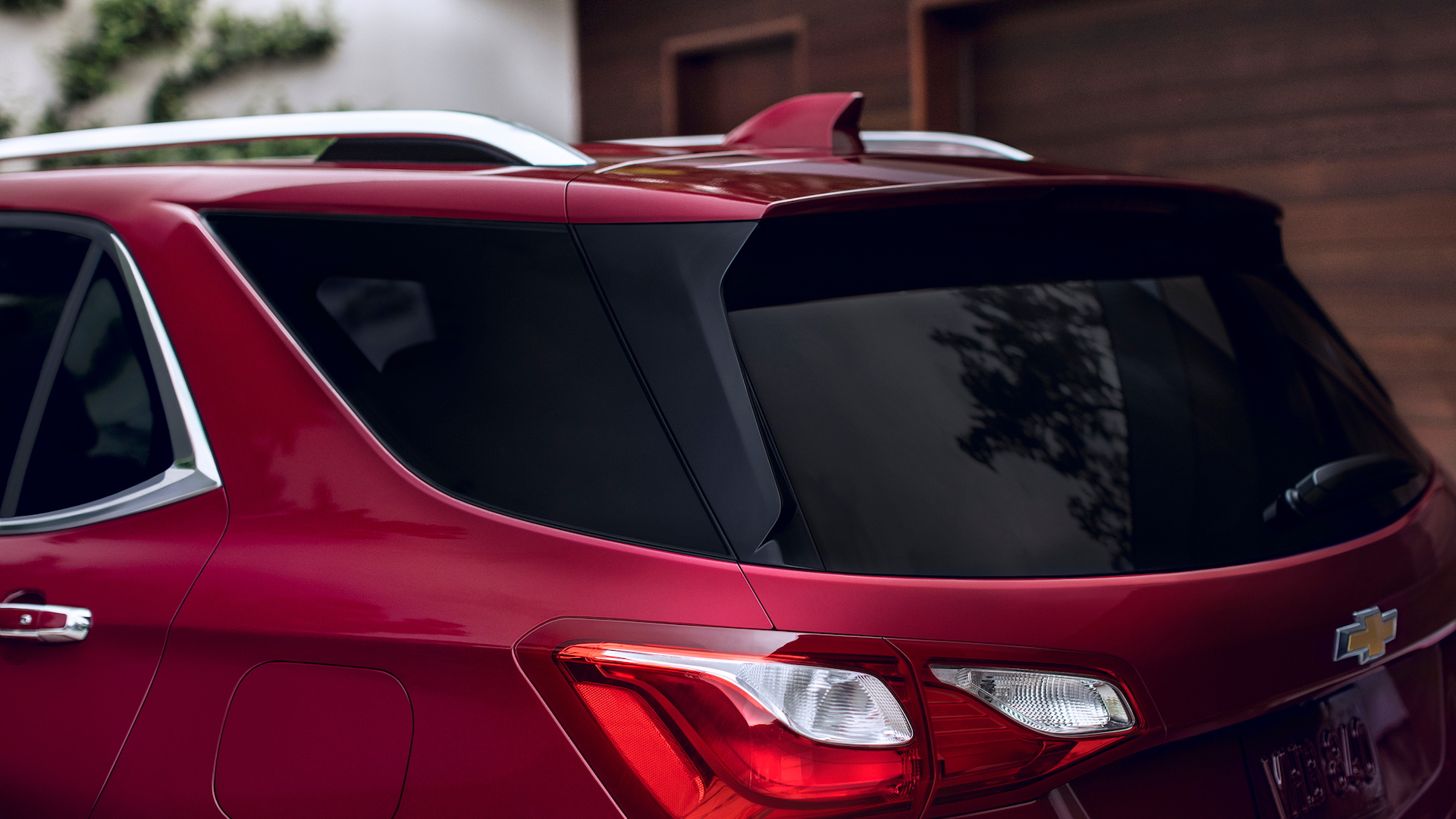 And bucking recent "death of diesel" predictions, one of those three will be a 1.6-liter diesel that gets a 40-mpg highway rating.

The 2018 Equinox will be the first compact utility vehicle in the U.S. with a turbodiesel option, showing Chevy plans to forge ahead with its passenger diesel plans despite the ongoing VW diesel emission scandal.

The new diesel Equinox will be GM's fourth light vehicle fitted with a turbodiesel engine as an option, following the 2016 Chevrolet Colorado and GMC Canyon mid-size pickup trucks and the upcoming 2017 Chevrolet Cruze Diesel.

The two pickups, released a year ago right as the VW scandal broke, received a special letter from the U.S. Environmental Protection Agency that essentially underlined their conformity to applicable emission regulations.

The 2018 Equinox, which rides on a newer generation of GM's small-vehicle platform, will use the diesel as the flagship powertrain in its lineup of three:

Par for the course among high-volume crossovers, the engines will be paired with automatic transmissions only.

The AWD system will disconnect its driveshaft under some circumstances to boost fuel economy.

The new crossover's look keeps a similar roofline to the current model; it's evolutionary, rather than the sharp step forward represented by the outgoing model, launched for 2010.

Its front end benefits from hundreds of hours of wind-tunnel work, combining style elements from the latest Chevy Cruze and Malibu sedans in a taller, less aerodynamic shape.

A new structure saves 400 pounds over the current Equinox, part of it likely due to the fact that the new Equinox is roughly 4 inches shorter than its predecessor, at 183 inches long.

A 7.0-inch screen is standard in the 2018 Equinox, which also offers an 8.0-inch display that wraps in Apple CarPlay and Android Auto, as well as GM's OnStar and a 4G LTE wi-fi hotspot.

Competitors in the high-volume five-seat compact crossover segment include the Ford Escape, Honda CR-V, Subaru Forester, Toyota RAV4, and other entries from virtually every mass maker selling in the U.S. today.

Interior features highlighted by Chevy at last night's launch include a so-called kneeling rear seat cushion that tilts forward when the seat backs are lowered.

Reflecting the strong competition among carmakers on the safety front, however, it's worth noting that Toyota has made its entire suite of safety equipment—including pedestrian detection—standard across much of its 2017 lineup.

More details on the 2018 Chevrolet Equinox—including specific trim levels, features, and pricing—will be announced closer to its February on-sale date.