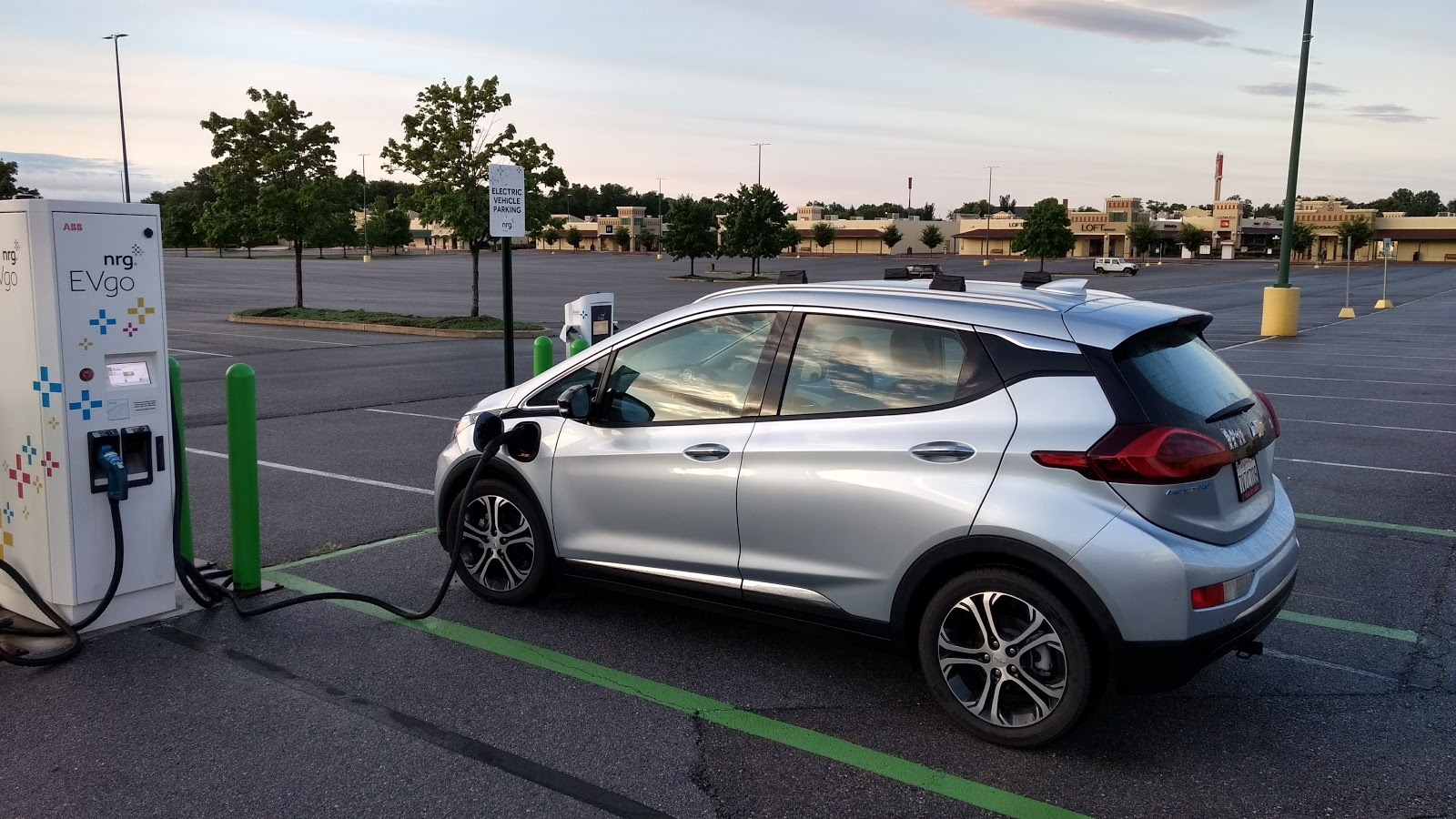 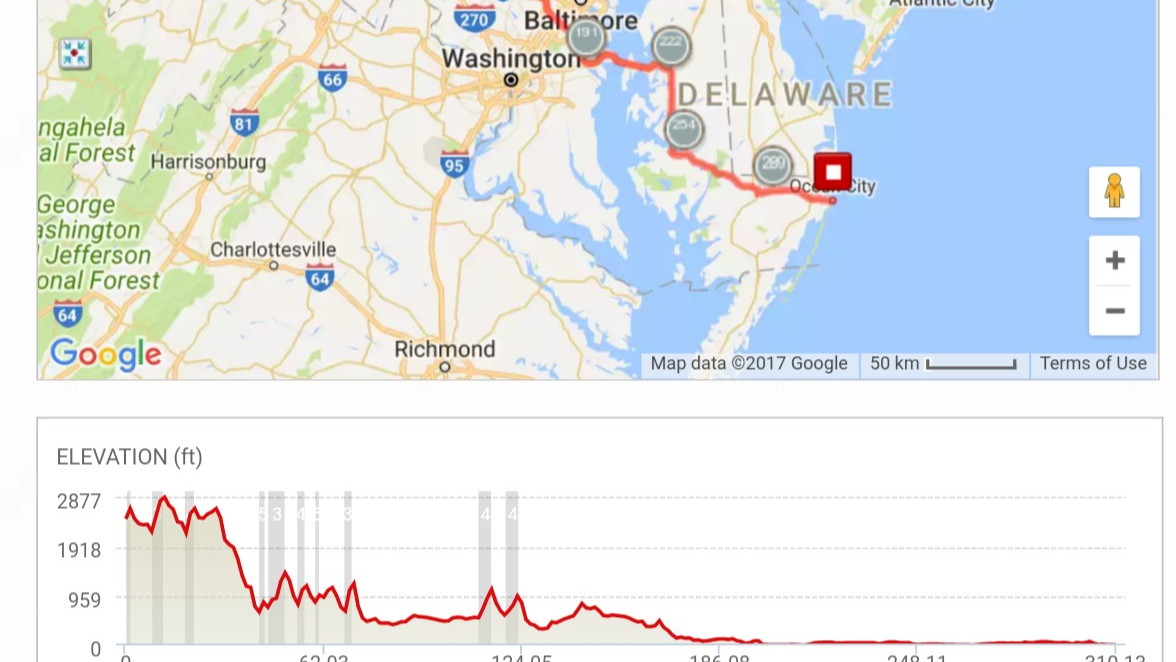 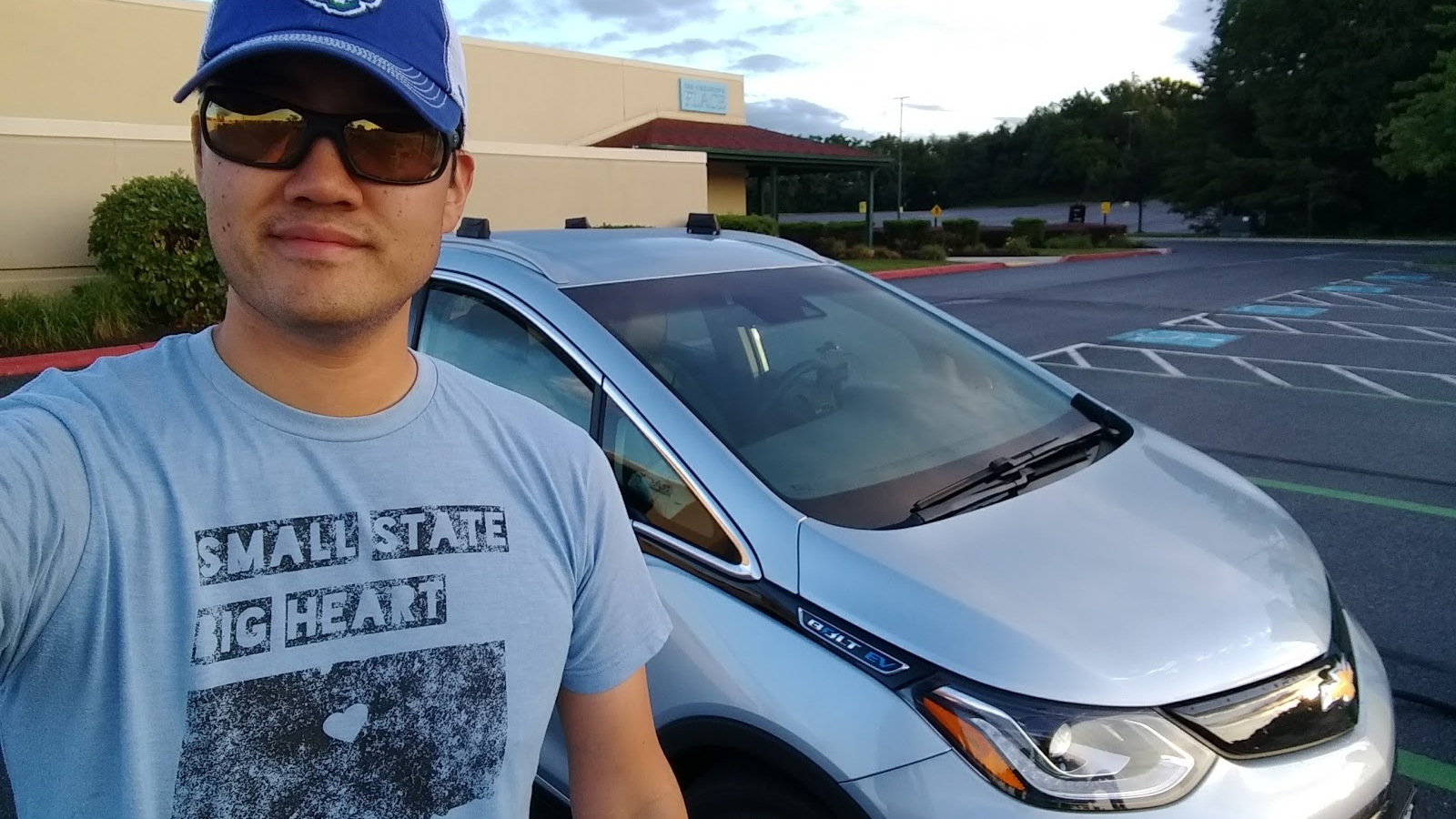 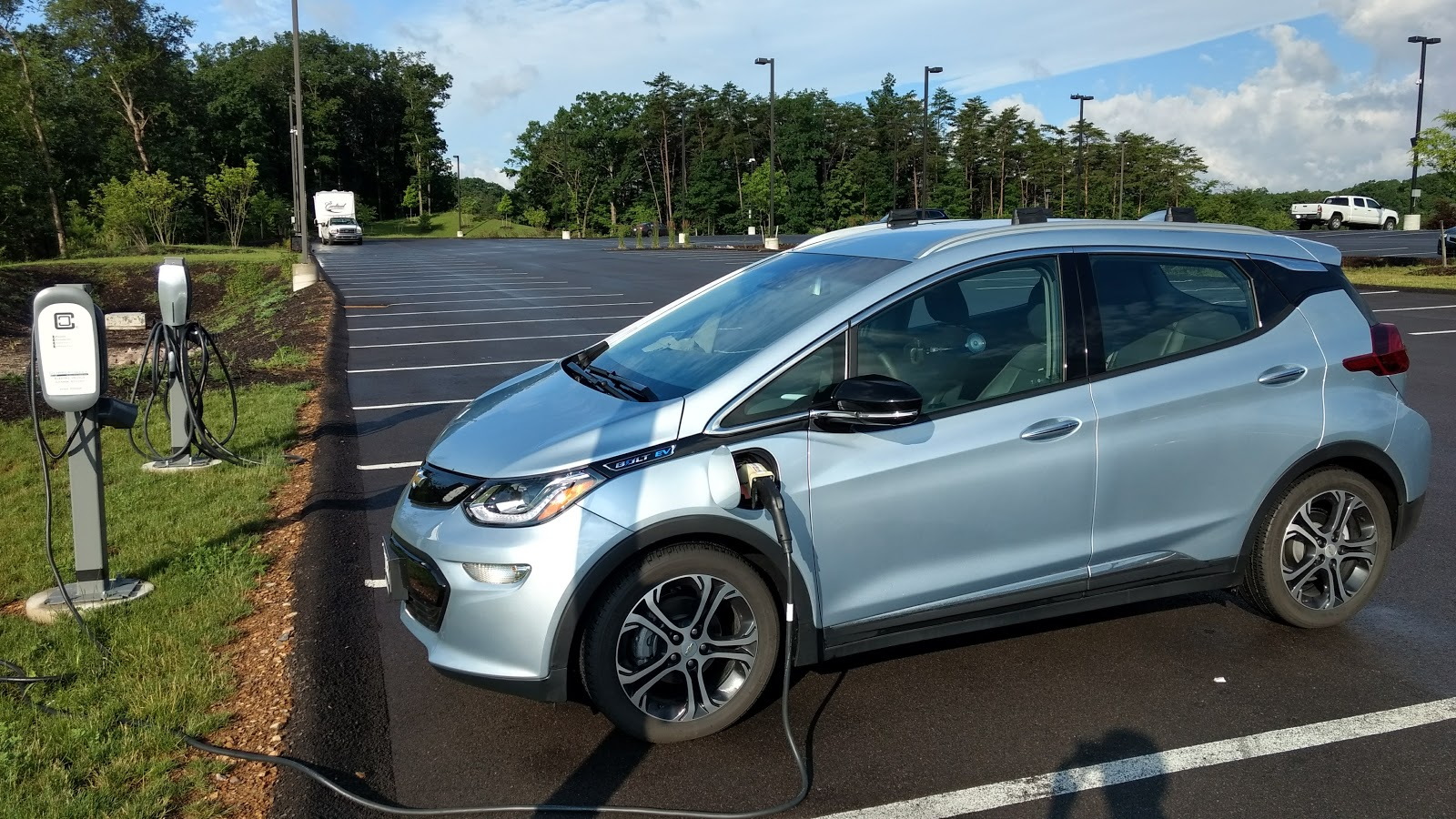 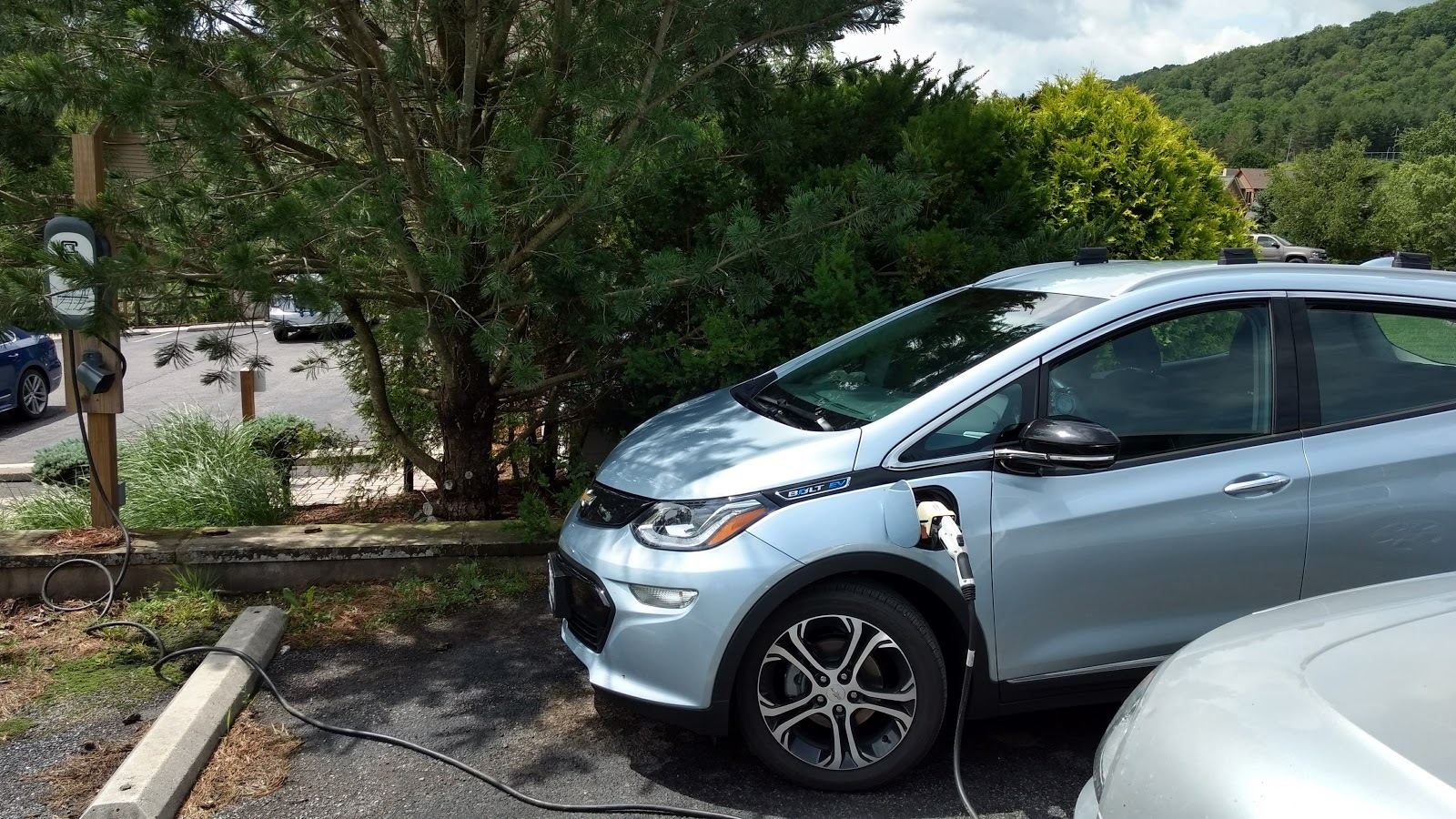 Electric-car range is a funny thing.

It is rated by the EPA, and most people focus on that combined figure, though an individual's use may greatly affect the car's actual range.

Gentle drivers who drive mostly at lower speeds can greatly outdo that combined range, while steady driving at maximum highway speed will cut a significant percentage off the combined figure.

Every owner has to figure out over time roughly what an electric car will deliver in their particular mix of uses.

Which brings us to Brian Ro, of Columbia, Maryland, who offered us an assessment of his new Bolt EV's pros and cons back in March.

He's also been blogging about his experiences with the car, and noted that he's been able to get 5 miles per kilowatt-hour of battery charge through smart driving.

Ro's latest post, published June 25, reports that he has now driven eastward across the entire state of Maryland (313 miles) from Deep Creek Lake in McHenry to Ocean City.

Not so remarkable, perhaps, except that he did it on a single charge of the Bolt EV's 60-kilowatt-hour battery pack, which the EPA rates at 238 miles of range.

READ THIS: Driving a Chevy Bolt EV electric car halfway across the U.S.: what it takes

His tale of getting from his home in Columbia to the starting point of McHenry is its own saga, since there are relatively few public charging stations—and no CCS DC fast charging sites—in the western part of the state.

After fully charging up at the Level 2 charging station at a hotel in McHenry, the range meter of Ro's Bolt EV showed 234 miles.

On the first half of his trip, he kept his speeds 5 to 10 mph below the posted limit where it was safe to do so.

Otherwise his only preparation was to inflate the Bolt EV's tires to the maximum recommended pressure of 44 psi.

The hills of western Maryland played havoc with his range meter, Ro reports, but it settled down once he hit the flat part of the state.

On the second half of the trip, the speed limit fell to 55 mph and he was able to speed up to 5 mph or so over the limit and still make his target—though his last 30 miles had a "Charge Vehicle Soon" message showing on the dashboard.

The final 5 miles changed that to a blinking "LOW" indicator in the range meter, but he made his destination after 313.4 miles.

For those who wonder what happened next, there's a DC quick-charging site in Ocean City.

Brian's blog post has far more detail on the trip, but the salient point remains: under certain circumstances and driving conditions, electric cars can comfortably exceed their EPA-rated range.