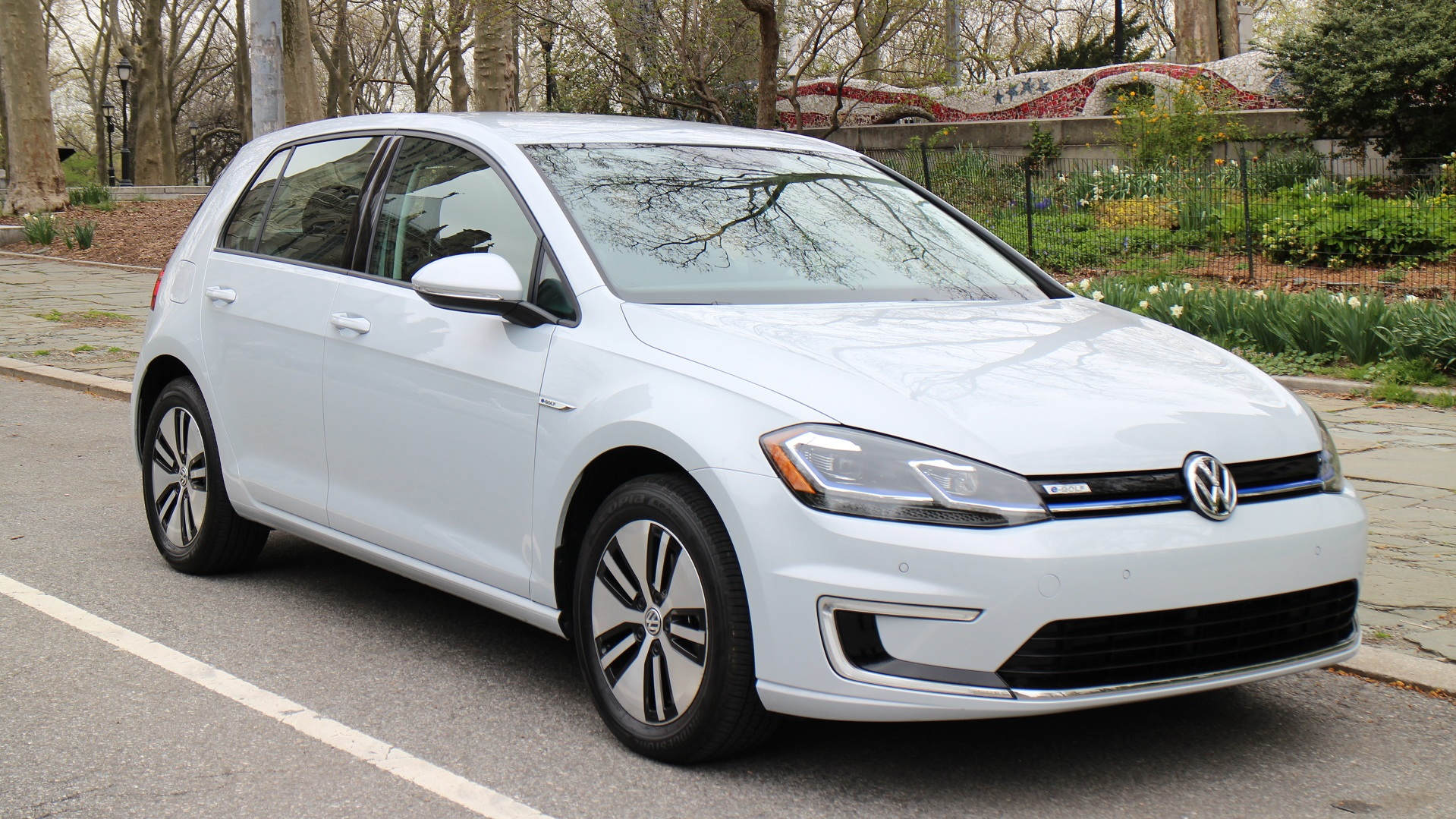 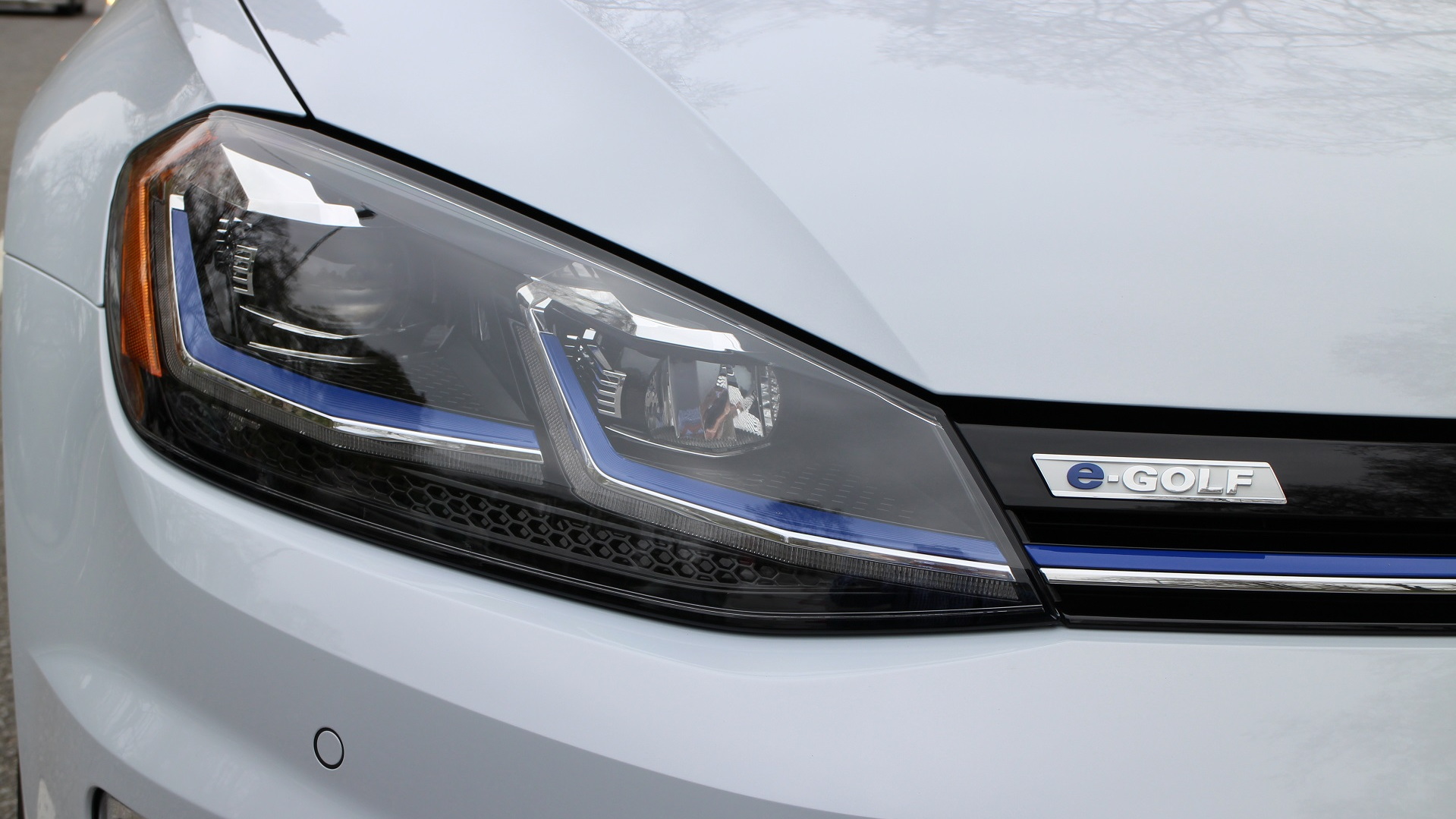 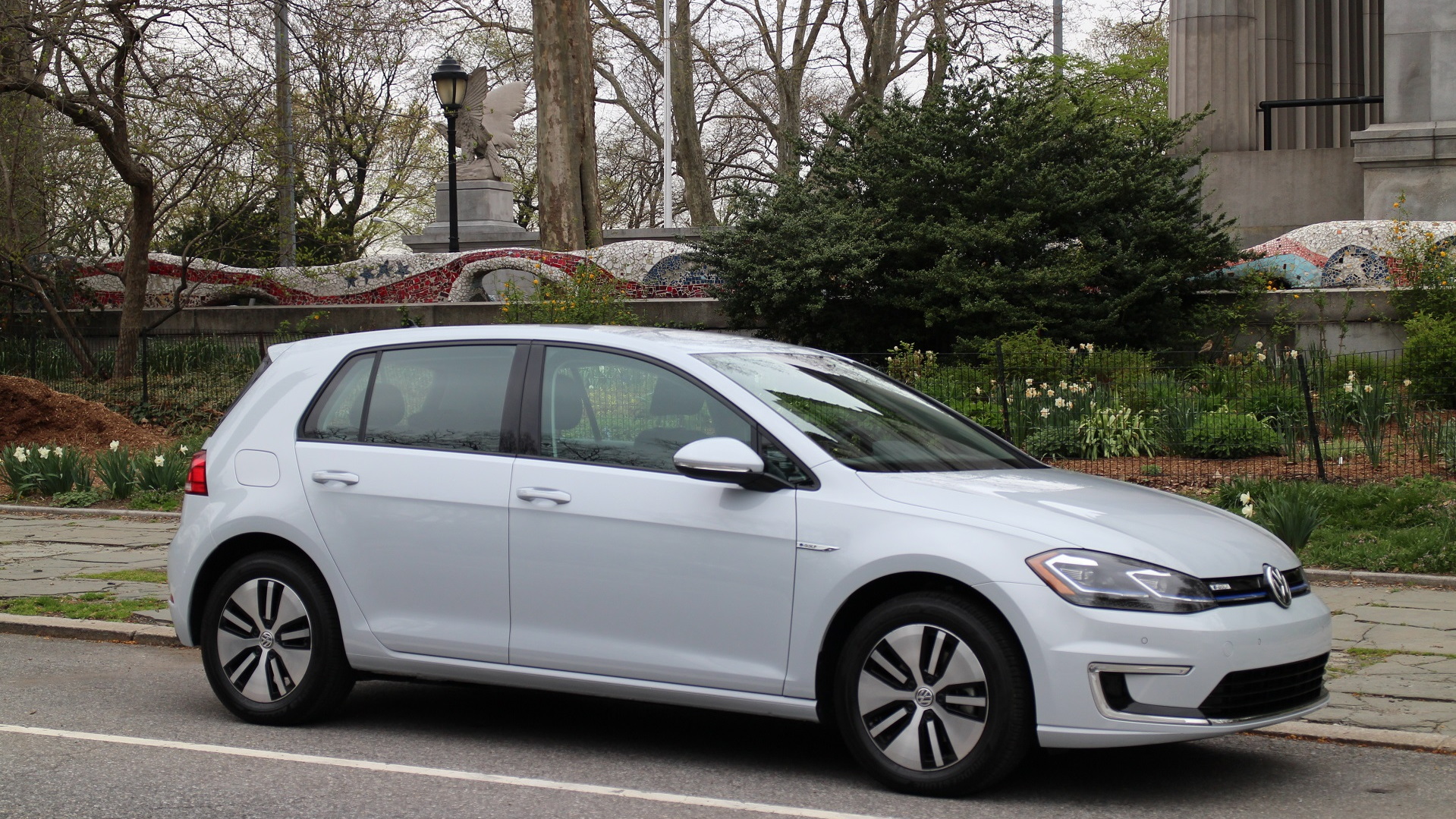 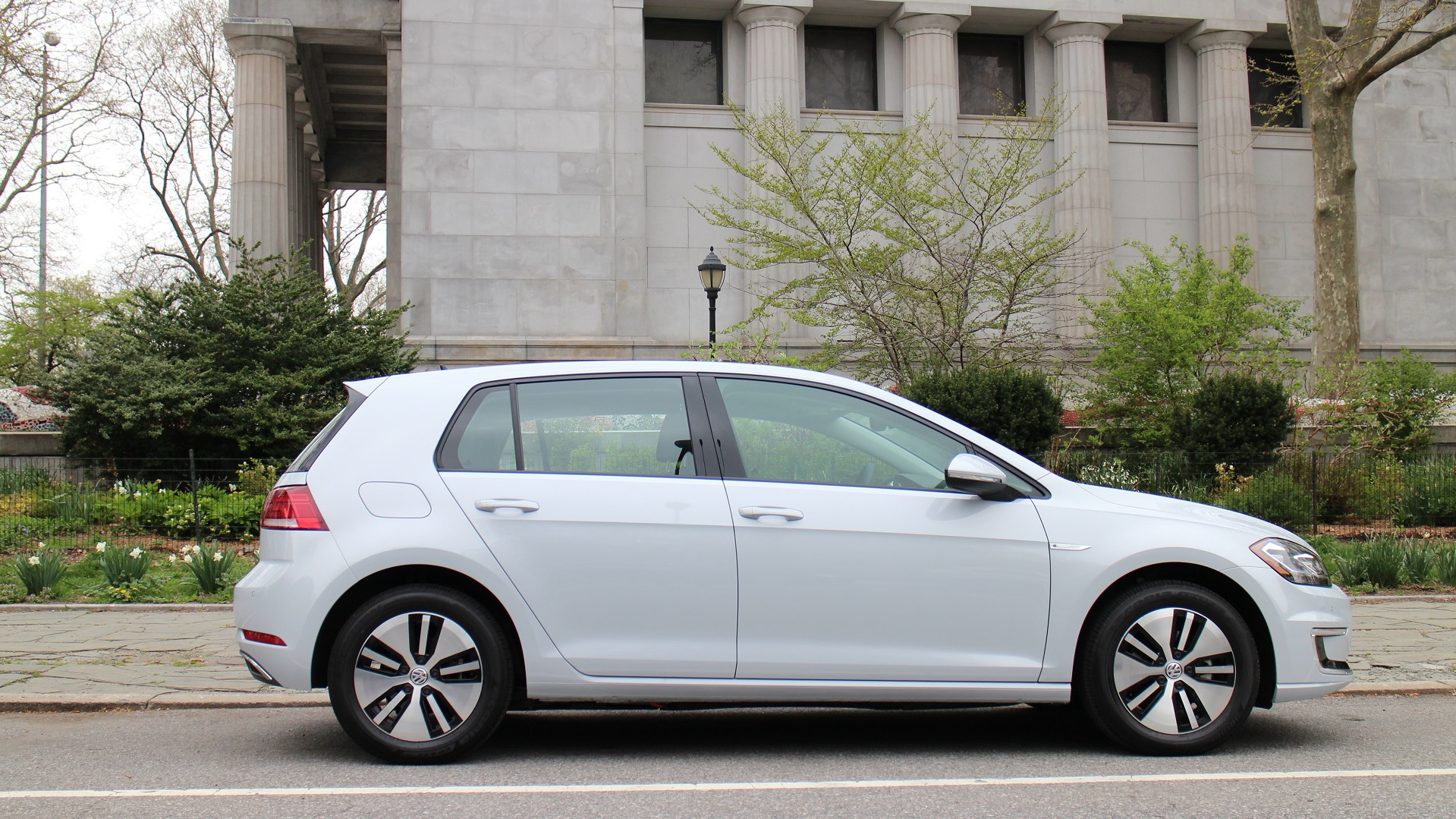 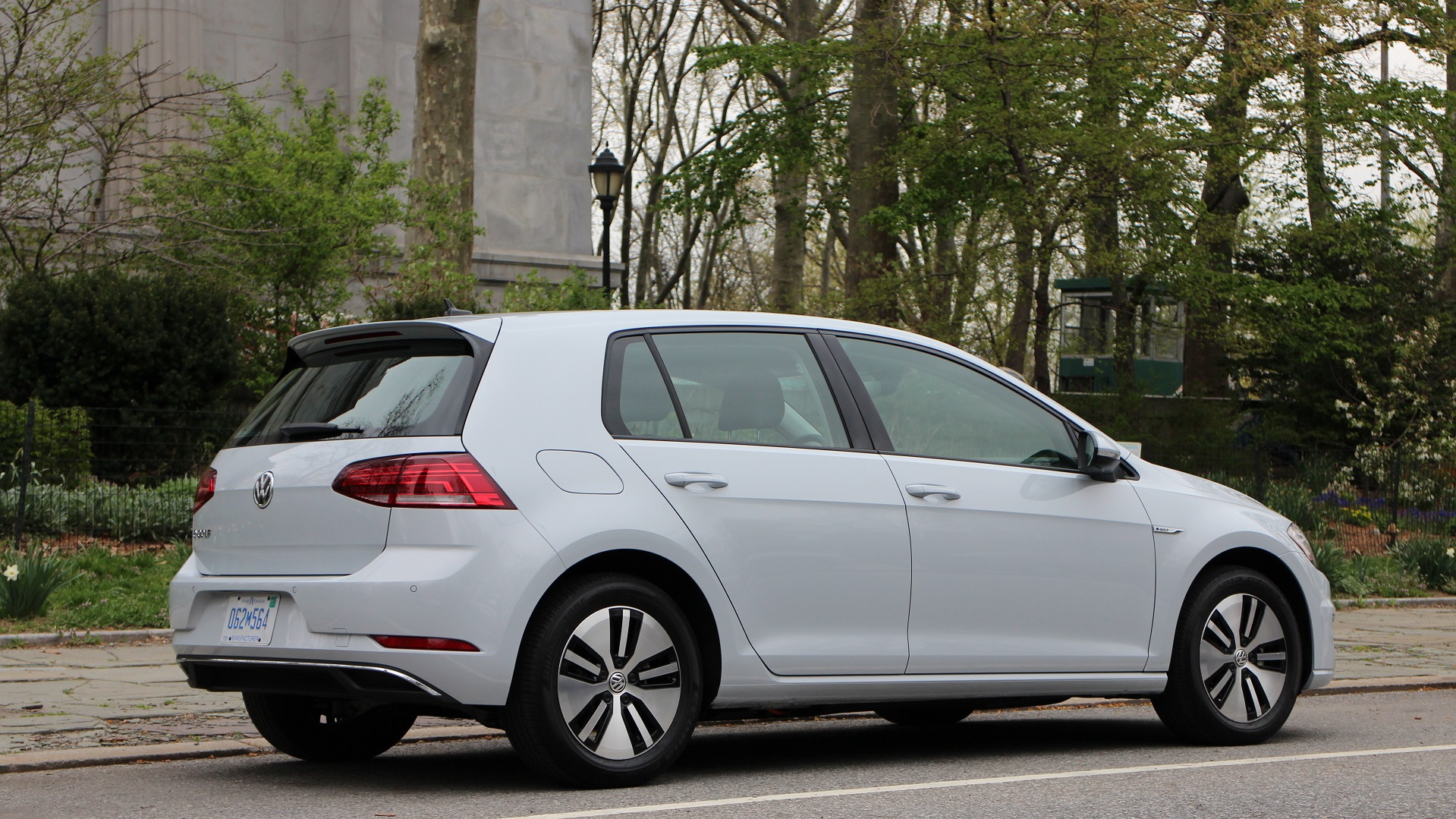 The 2017 Volkswagen e-Golf, the only battery-electric car sold by VW in the U.S., got a large range boost for its third year on the market.

While the current model year is winding to a close, 2017 e-Golfs are just now reaching dealers in the handful of states where the compact electric car is offered for sale.

But with an EPA-rated range of 125 miles combined, the 2017 VW e-Golf now offers more range than any all-electric car that's not a Tesla or a Chevy Bolt EV.

That's a 50-percent increase over the previous model's 83 miles, and significantly increases the practicality of the e-Golf for drivers with longer commutes—or those who live in areas with winter weather.

Two weeks ago, we spent a brief time behind the wheel of a 2017 e-Golf, though New York City traffic prevented any meaningful test of the car's expanded range.

For that we'll wait to get the electric Golf for a longer test.

Meanwhile, what we can tell you is that the latest e-Golf is exactly what it was before: a Volkswagen Golf that happens to run on battery power.

What's under the hood (and under the floor, rear seat, and cargo bay) may differ completely, but you'd never know it.

It's so similar to conventional gasoline-powered Golfs that uninformed passengers might never catch on that it wasn't simply the latest version of the 40-year-old hatchback classic.

As a result, our impressions of the longer-range VW e-Golf are essentially the same as those we had three years ago in testing its earlier iteration.

VW claims the acceleration from 0 to 60 mph is faster, at 9.6 seconds, which is a reduction of more than 1 second. To be honest, we couldn't sense any difference, but it's been three years.

We had forgotten that the e-Golf has no idle creep when stopped, a detail that's easy to overcome but could baffle novice drivers.

And the standard regenerative braking, while obviously stronger than that in an automatic-transmission gasoline Golf, is relatively mild—nothing like the "one-pedal driving" either standard or possible in a variety of other electric cars.

Reversing the car into parking spaces was as smooth as forward acceleration.

We noted no whine from either motor or power electronics under any circumstances, an impressive feat.

We smiled at the translation from German in the digital gauge clusters; in an e-Golf, it's not "regeneration" but "recuperation."

Otherwise, at the risk of disappointing those seeking decisive first-drive impressions ... yep, it's an electric Golf. Just as we expected, frankly.

We now know that Volkswagen plans a lineup of dedicated "ID" electric-car models starting in 2020, all previewed by concept cars over the last year.

First will be a compact hatchback that supplants the e-Golf, followed by a crossover utility vehicle, and possibly then an all-new electric Microbus.

Other changes to the 2017 e-Golf include a new base S trim level, which comes with a 3.6-kilowatt onboard charger.

THIS ONE TOO: VW ID Buzz concept: all-electric Microbus could arrive in 2022

The standard charger rises to a 7.2-kilowatt unit on the mid-level SE and the high-end SEL Premium trim levels.

That will provide a full recharge in less than 6 hours using a 240-volt Level 2 charging station, at home or in public.

DC fast charging is standard on the SE and SEL Premium models, and optional on the e-Golf S; it gives an 80-percent recharge in 1 hour or less using a CCS charging station.

AUTHOR'S NOTE: New Yorkers and tourists may recognize the backdrop for these photos as Grant's Tomb, located on Manhattan's Upper West Side.