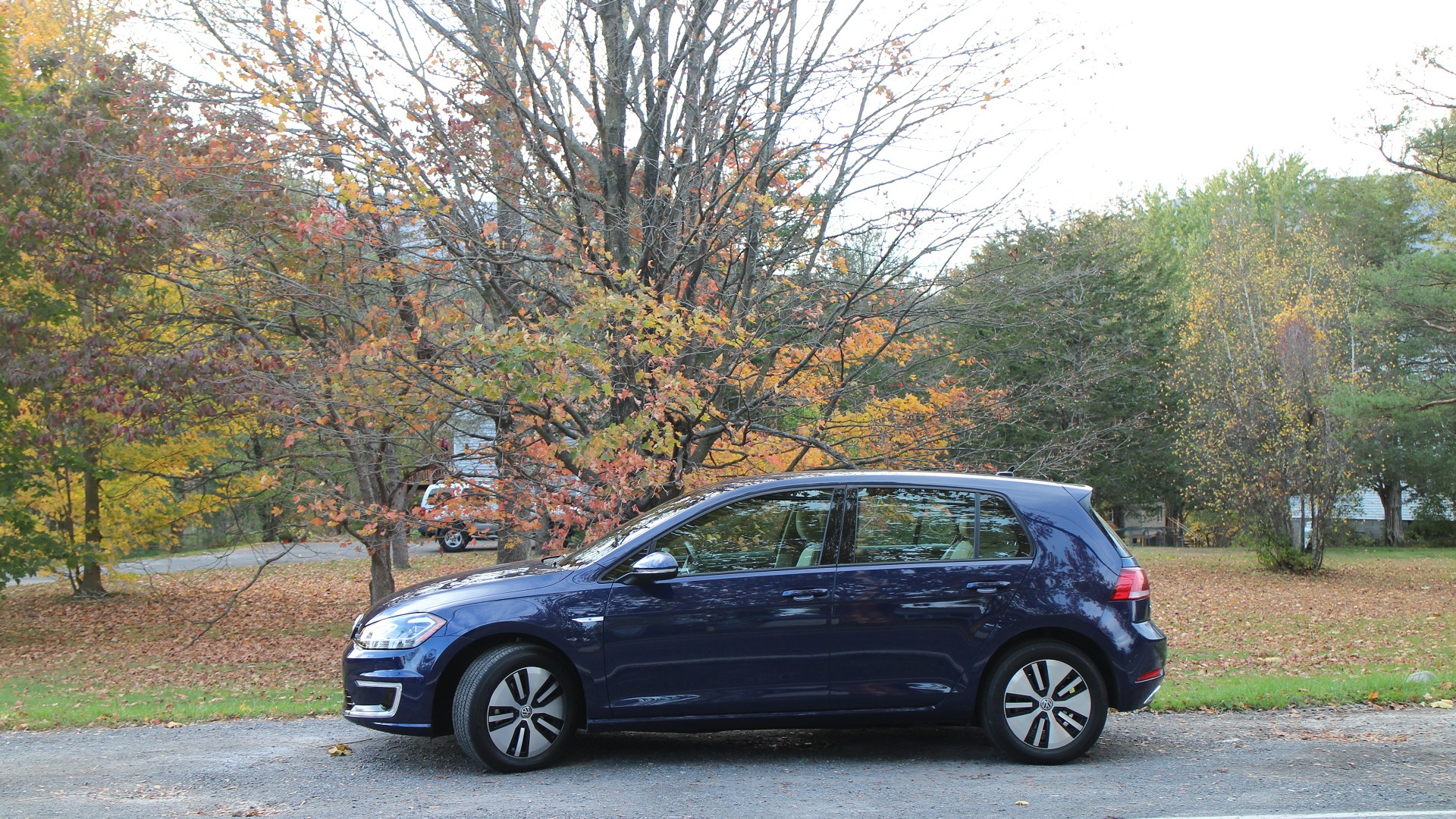 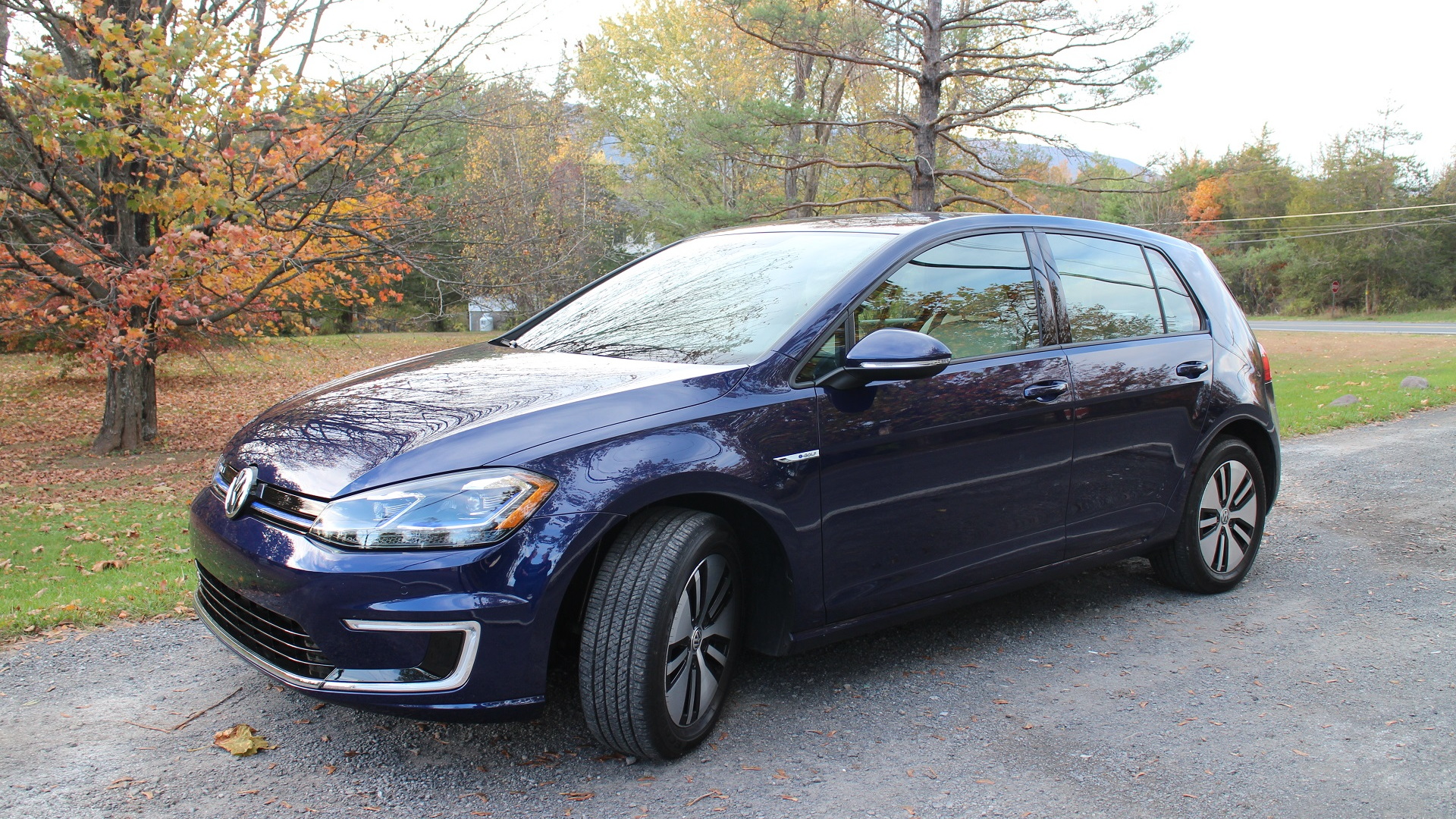 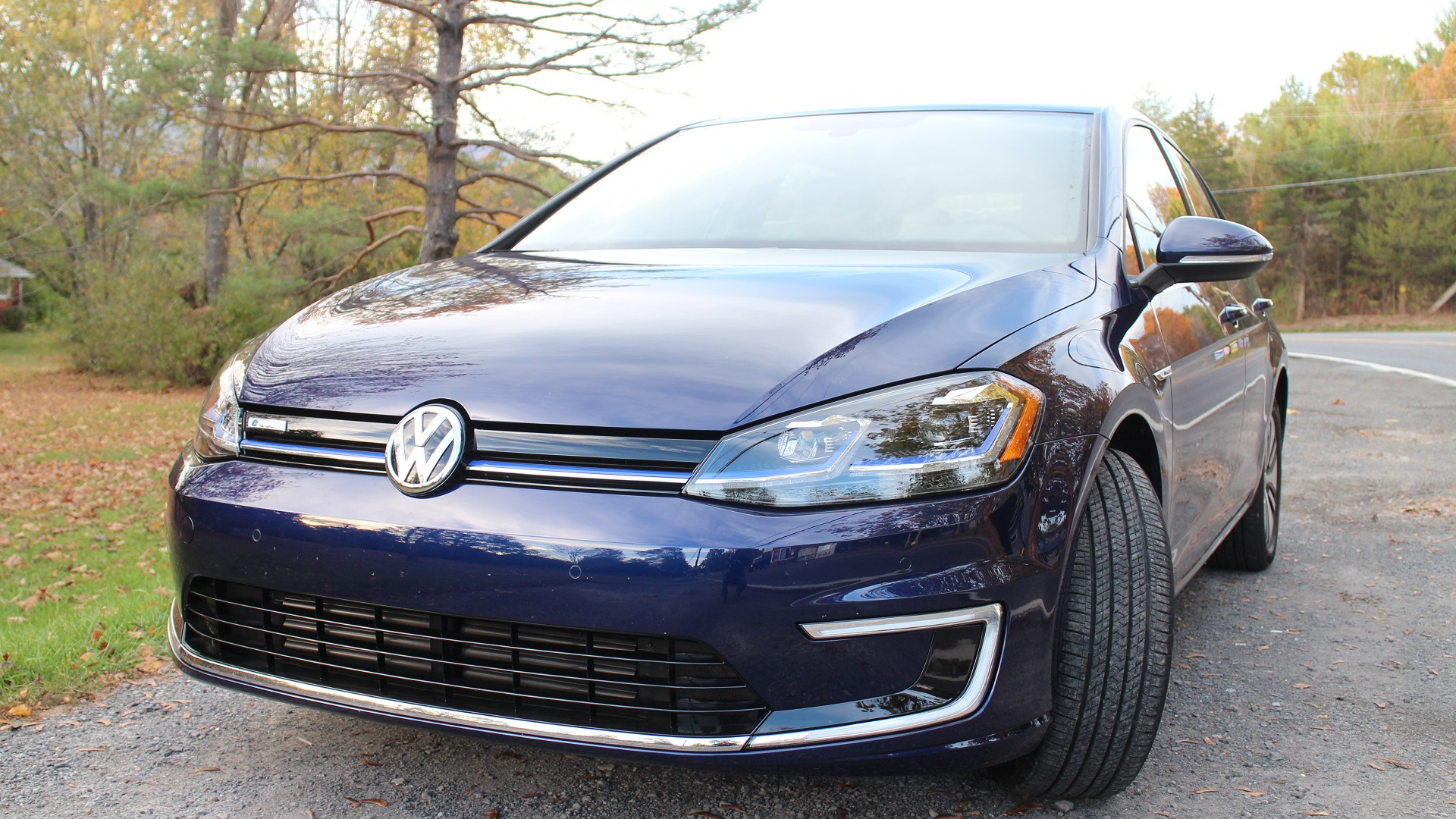 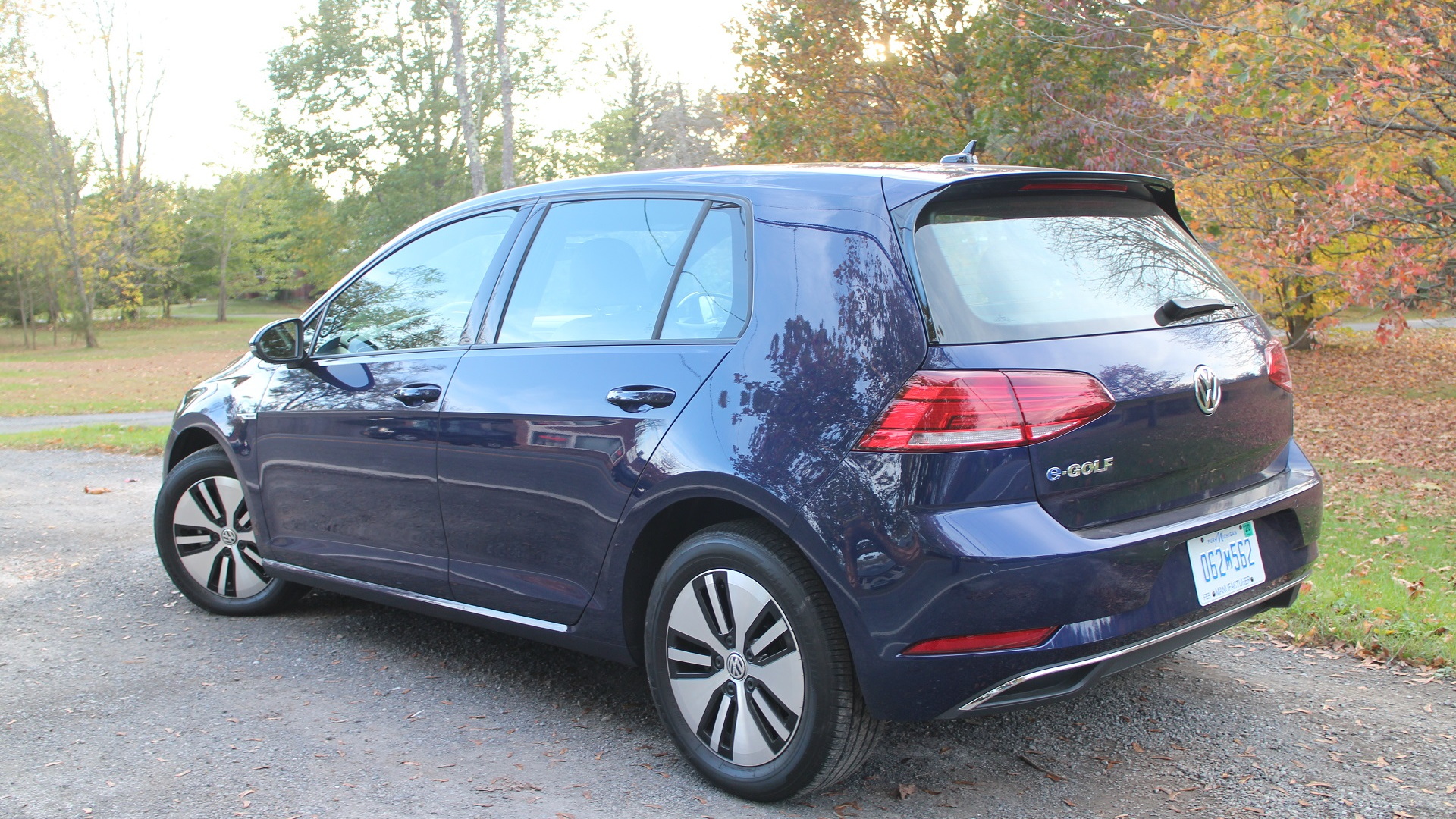 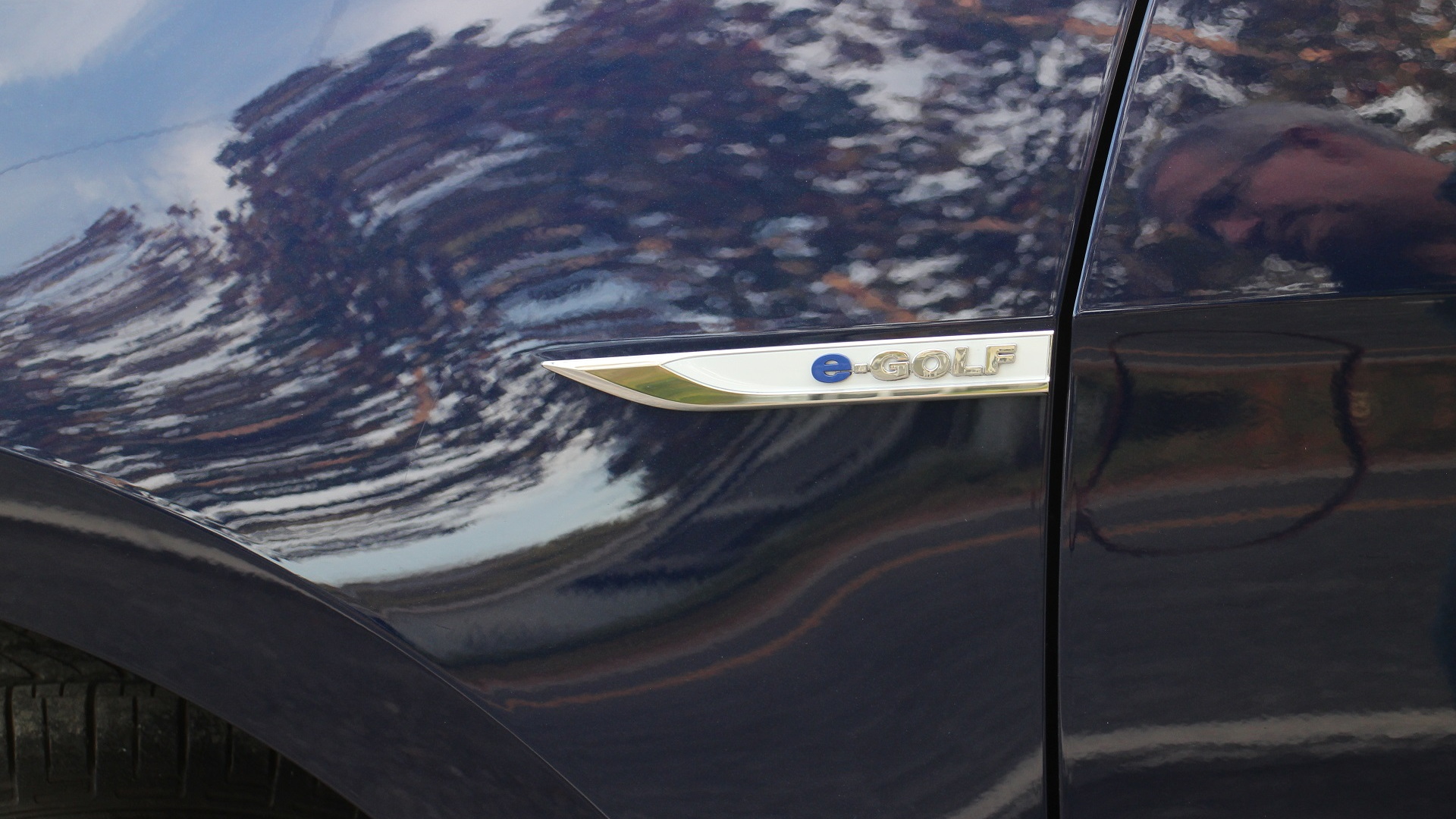 The thought came like a flash while on the highway heading into New York's Catskill Mountains: This is what all cars will be like soon.

The 2017 Volkswagen e-Golf is absolutely the most normal, invisible, unremarkable electric car you can buy today.

No one knew it was electric, or paid it any attention; it was simply another VW Golf in the background.

No adjustments to driving style were required, though we chose to use the maximum "recuperation" to recapture a bit more battery energy.

The interior looked the same, too: controls, instruments, and so forth were all suitably Golf-like and predictable.

In fact, aside from one fast-charging stop en route for lunch, e-mail, and electrons, we pretty much forgot we were driving an electric car.

Except that, of course, the 2017 VW e-Golf is smoother, quieter, and calmer on the road than any other Golf.

And with its 125 miles of EPA-rated range—the highest of any electric car this year that's not a Tesla or a Chevrolet Bolt EV—the e-Golf offers a practical electric car for those who don't need to be seen driving something different.

We don't tend to do full, down-to-turtle-mode range tests, since very few drivers push their electric cars that far. But without really trying, we got 124 miles out of the car with an indicated 28 miles remaining (in temperate weather).

All that took was keeping it at 60 to 65 mph on a parkway route, rather than the 75-mph pace of the highway we followed on the first leg.

We'd wanted to test a 2017 e-Golf since it was announced early last year, but it has taken Volkswagen many months to clear out a stock of lower-range 2016 e-Golfs, rated at only 83 miles.

Our Atlantic Blue Metallic car arrived with only 34 miles of range remaining. After four and a half hours of Level 2 charging, it showed a startling range of 151 miles—likely due to the grim, low-speed, stop-and-go NYC traffic it had come through.

We covered 75 miles, with an indicated 59 remaining, and stopped for that fast charge at a new GreenLots station at the Plattekill service area on the New York State Thruway (I-87 North).

Sited so it was unlikely to be used as parking for other cars, the charging station was clean and—miracle of miracles—we could sign up for a GreenLots account entirely on a smartphone and use the company's app to initiate charging.

In 48 minutes, the 50-kilowatt fast charge took the battery from 45 percent to 85 percent, showing 119 miles remaining. We carried on.

READ THIS: Volkswagen ID electric car to launch in 2020 along with new VW Golf

For the rest of our weekend, we used the e-Golf just like any other car, and then plugged it in overnight. Some notes on driving it:

Overall, we liked the longer-range VW e-Golf more than expected. It's not available nationwide, and still hard to find, but it gives us great hope for the onslaught of all-electric VWs that will start in 2020.

Our top-of-the-line 2017 Volkswagen e-Golf SEL Premium carried a sticker price of $36,995, including a 7.2-kilowatt onboard charger, a CCS fast-charging port, and a host of electronic active-safety systems.