Since more than 350,000 people around the world put down $1,000 deposits to reserve a place in line, the Tesla Model 3 electric car has assumed larger-than-life status.

Its maker, Silicon Valley-based Tesla Motors, recently reaffirmed that series production will start in July and that Model 3 deliveries will begin in the second half of the year.

By the end of this year, the company hopes to be cranking out 5,000 Model 3s a week from its assembly plant in Fremont, California.

For all of that, there's quite a lot that buyers and shoppers don't yet know about the Model 3.

We do know Tesla has said it will have 200 miles or more of range—215 miles was the figure quoted—and a base price of $35,000 before any incentives. 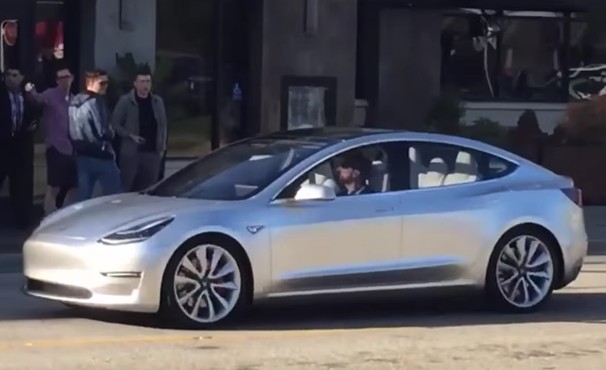 So one Green Car Reports reader has taken a crack at some informed hypothesizing.

David Tuttle is a Research Fellow at the University of Texas as Austin whose research areas include transportation and the grid.

His starting point, he told us, was that Tesla might price Model 3 options at about 80 percent of what the same option costs on a Model S.

READ TH IS: Tesla jobs at Fremont could exceed those in GM-Toyota days with Model 3 (Dec 2016)

That would to keep Model 3 options prices competitive to those of the BMW 3-Series, a frequently cited competitor to Tesla's affordable electric car.

Tuttle admits he doesn't have a feeling for how option costs will scale down from the Model S to the Model 3. 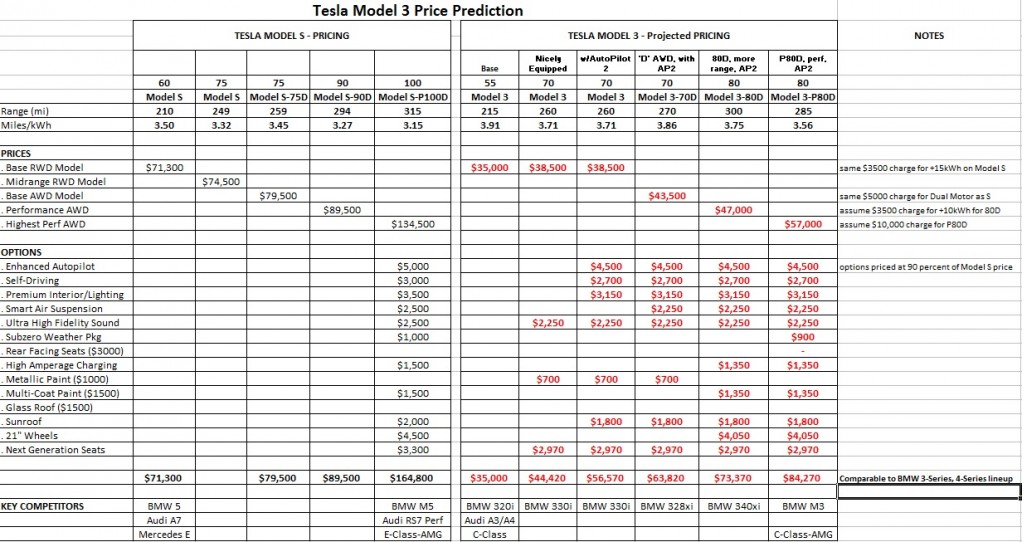 Tuttle had to make quite a lot of assumptions in constructing his hypothetical pricing grid.

He assumed, for instance, that the minimal battery size for the base $35,000 model with 215 miles of range is 55 kilowatt-hours.

While some Tesla fans have suggested the base pack will be 44 kwh, Tuttle thinks that since the Chevrolet Bolt EV uses 60 kwh for a 238-mile range, a 44-kwh pack just wouldn't deliver a competitive range rating.

CHECK OUT: Will Tesla Model 3 be most 'made in America' car, beating Toyota Camry?

Tuttle's proposed pricing, in any case, is shown in the grid above, from a base price of $35,000 to a top-of-the-line performance version with lots of options at $84,270.

That range of prices, he suggests, is constructed to compete against the German luxury brands whose buyers are likely Model 3 purchasers.

That includes a BMW M3 competitor at the high end with AWD for range of more than 300 miles, and a P version for maximum performance. 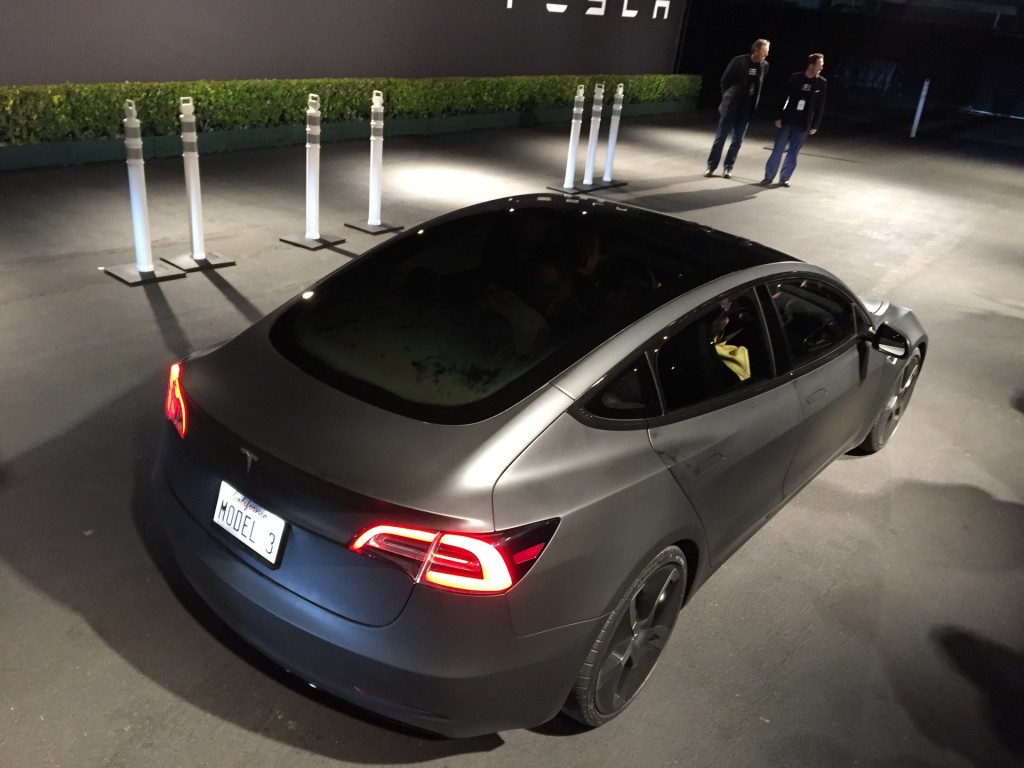 He notes that the relatively high cost of the Autopilot 2 hardware drives up Model 3 costs against those competitors—but that none of them have a comparable option.

EDITOR'S NOTE: An earlier version of this article had some incorrect information on the pricing grid. We have now replaced that image with an updated one. We apologize for the error.