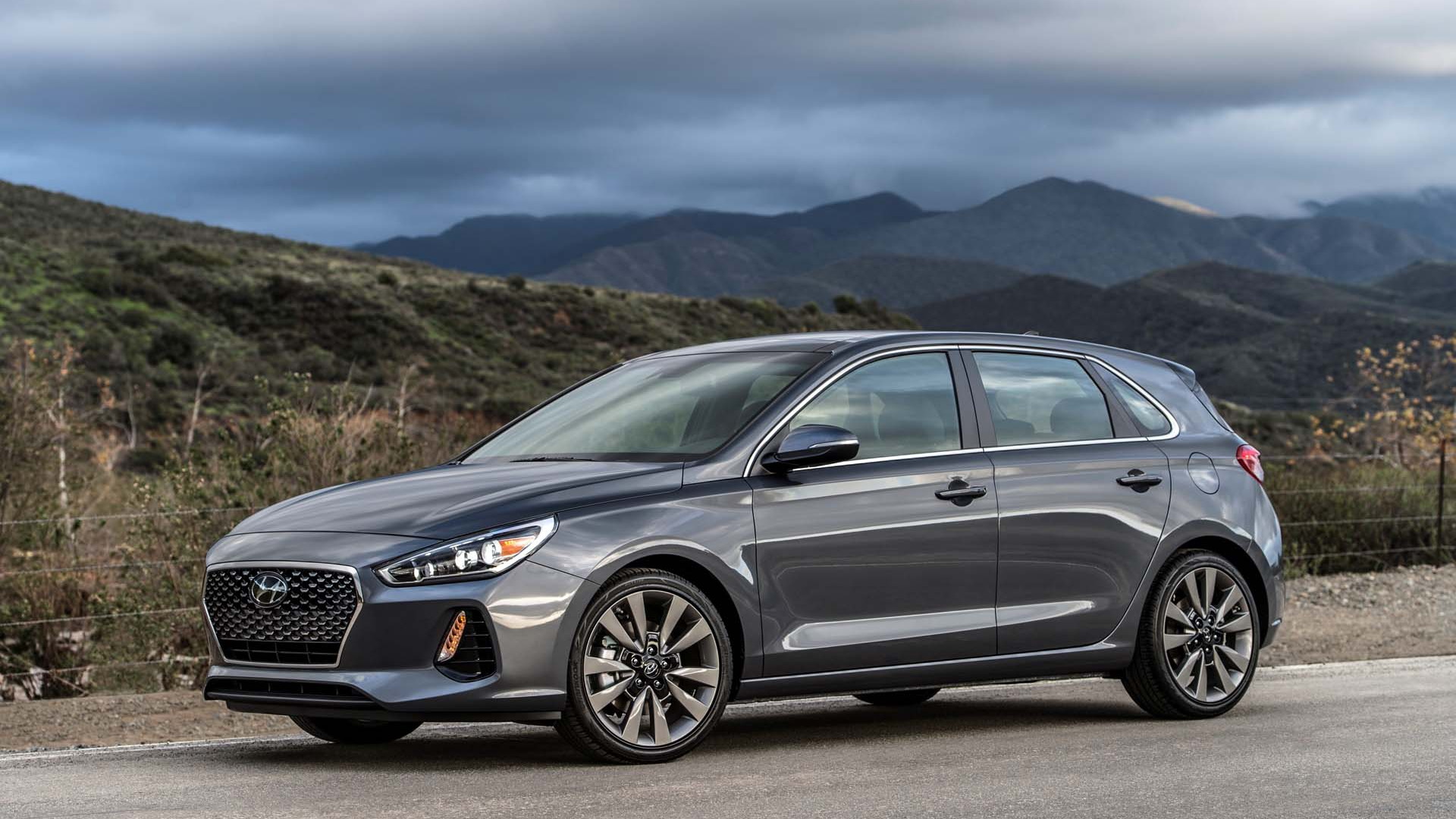 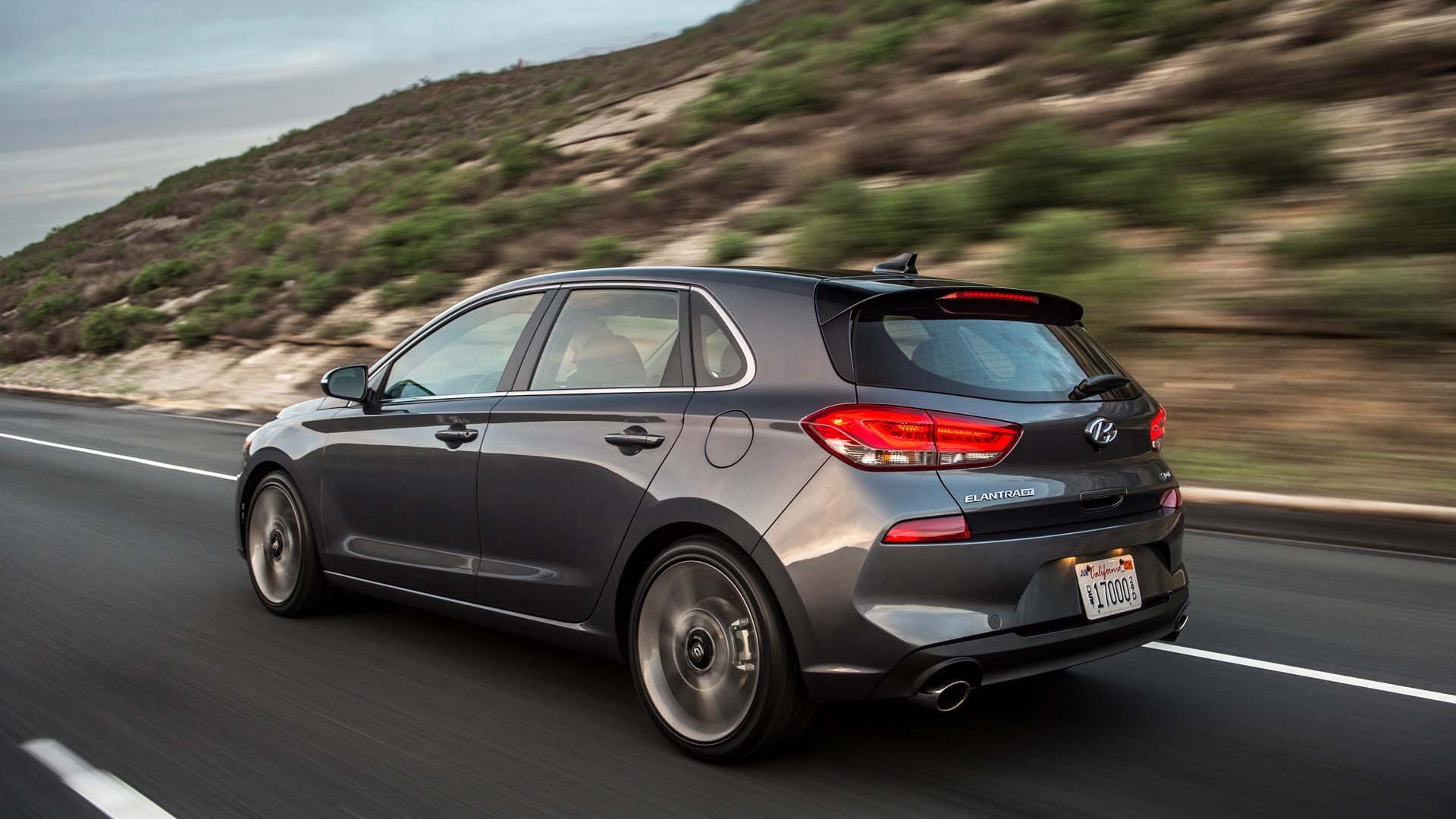 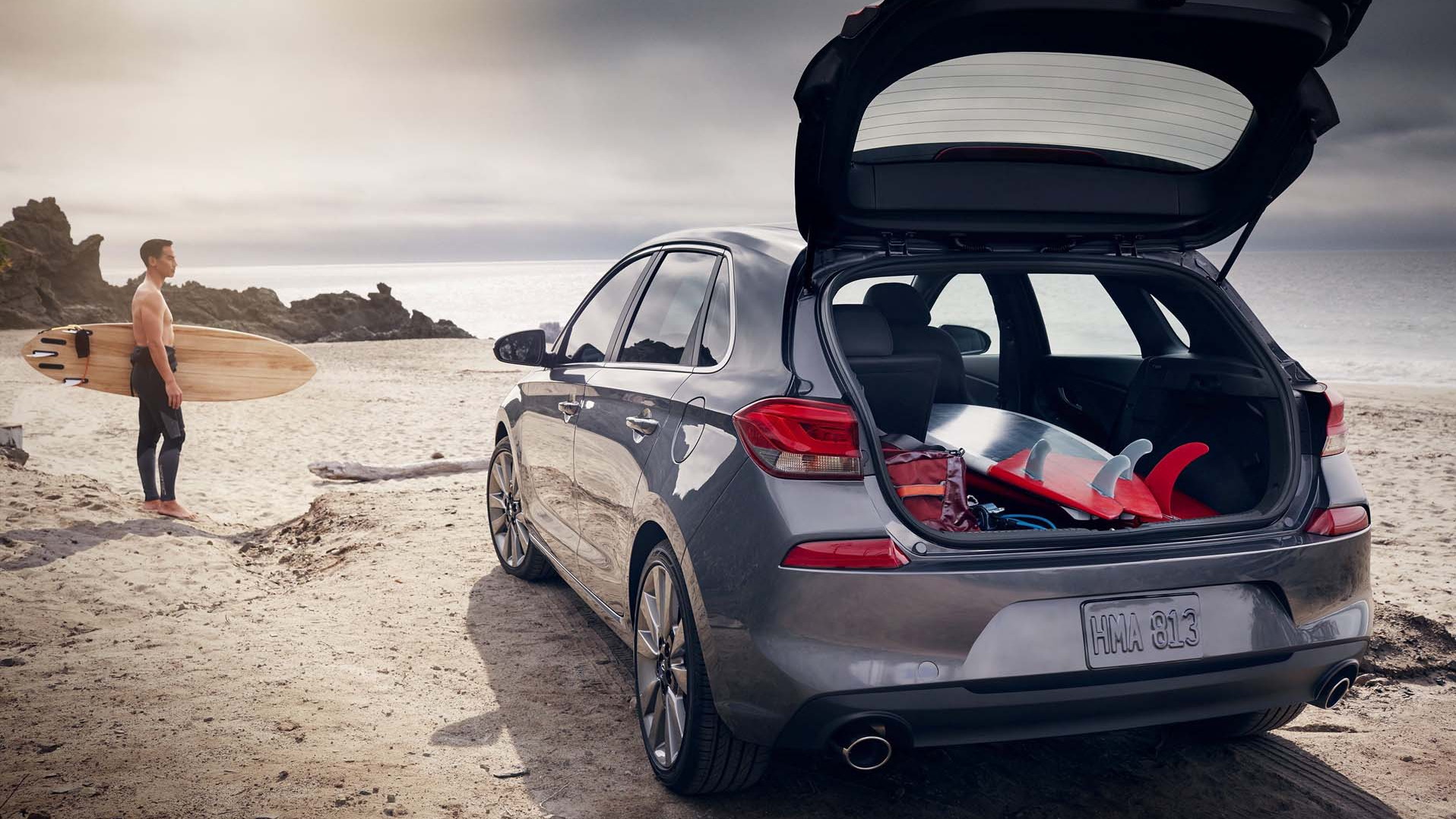 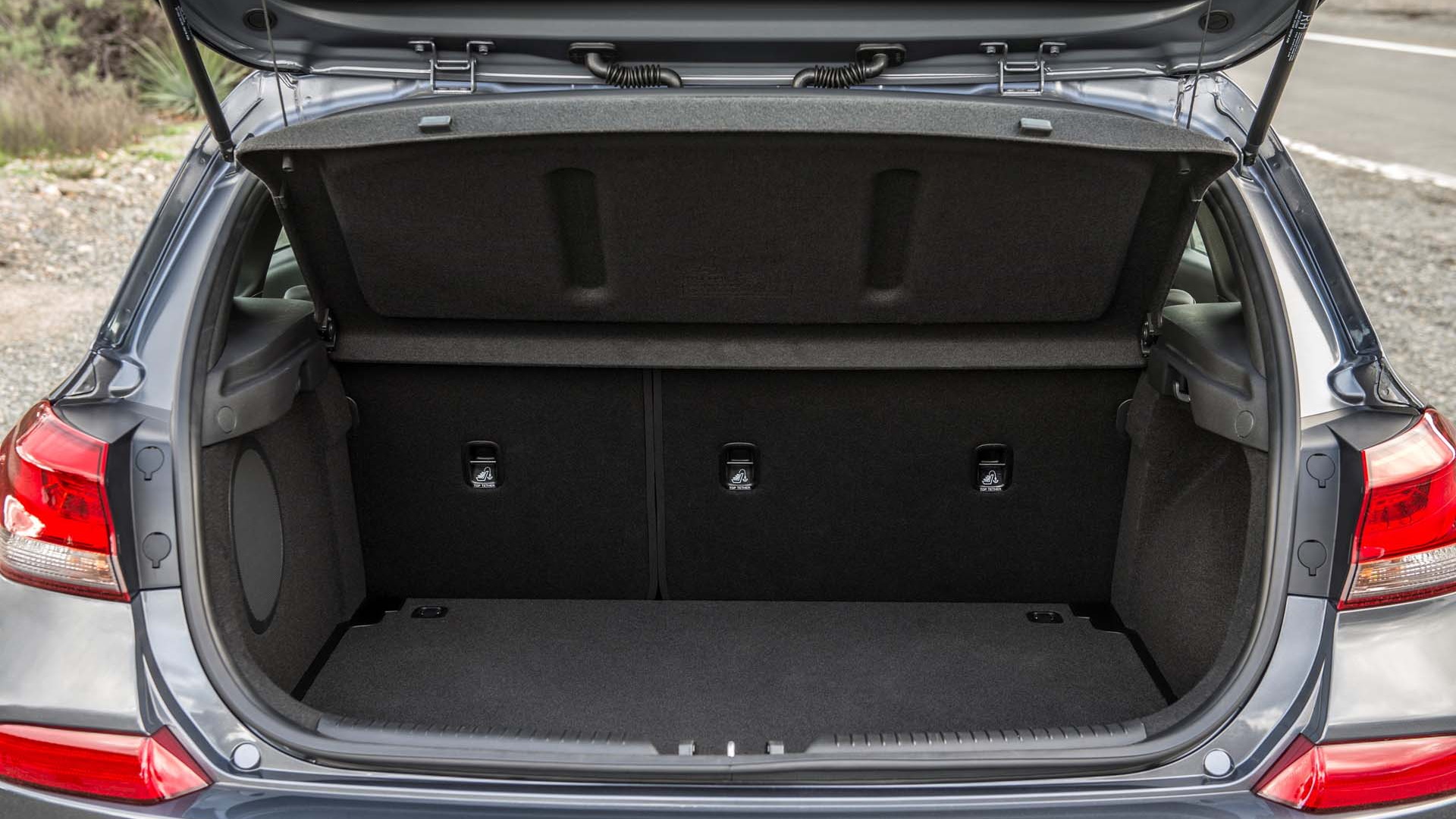 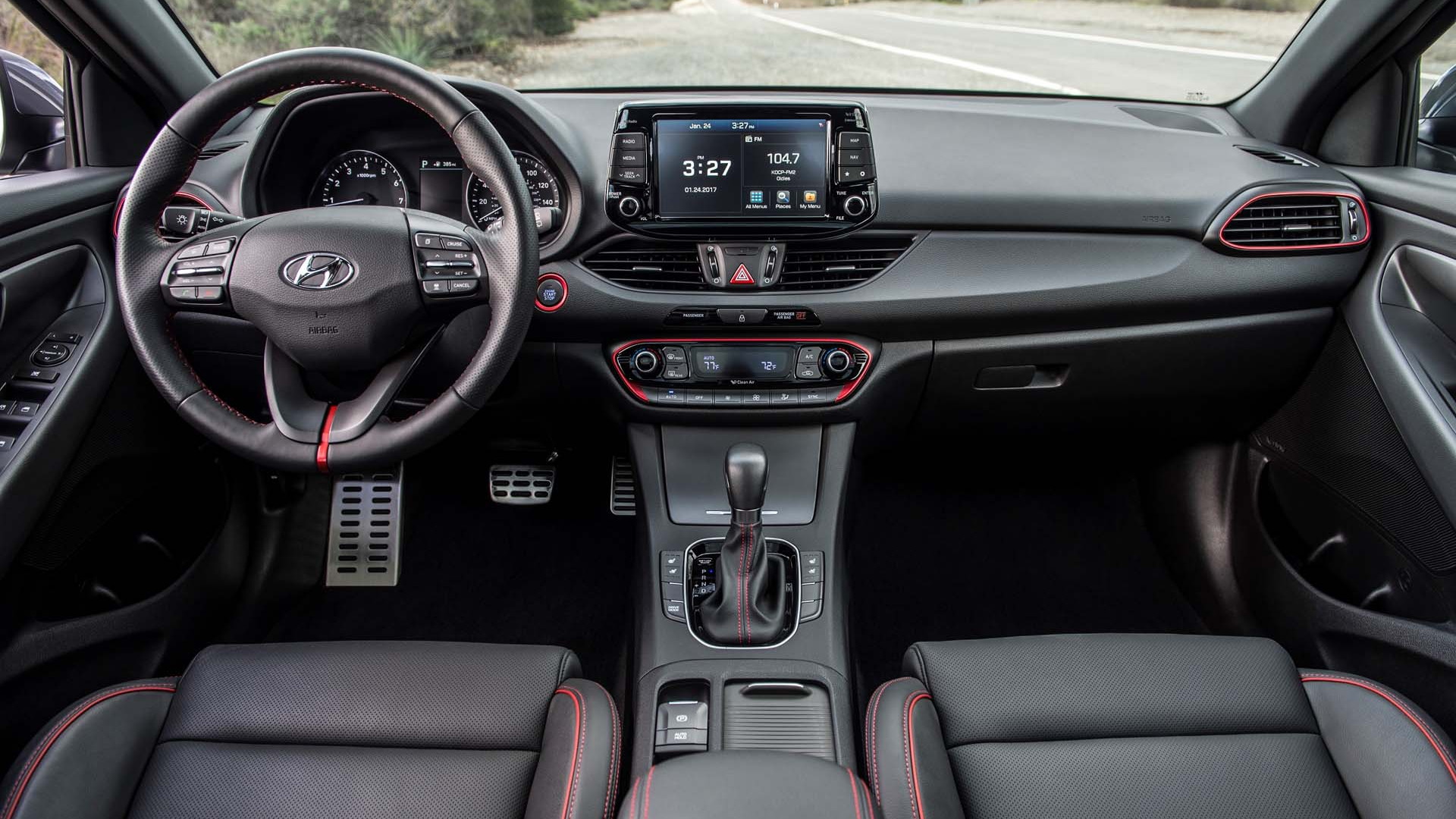 Over the last 10 years, the Hyundai Elantra has emerged into the top tier of compact sedans, joining longstanding leaders like the Ford Focus, Honda Civic, Toyota Corolla, and Volkswagen Jetta as well as more recent contenders like the Chevrolet Cruze and Subaru Impreza.

The last-generation Elantra sedan launched in 2012 gained a hatchback sibling, known as the Elantra GT, in 2013.

Commensurately, the redesigned 2017 Elantra sedan is now joined by a 2018 Elantra GT hatchback model, which debuted yesterday at the Chicago auto show.

The Elantra GT is largely based on the Hyundai i30, its popular five-door car sold in Europe—where hatchbacks are the default choice over sedans for their flexibility and cargo space.

The new 2018 Elantra hatchback offers a cavernous cargo hold, with 55.1 cubic feet of space when the second row of seats is folded down. That beats hatchback models of the Honda Civic and Chevy Cruze, even the voluminous Volkswagen Golf.

Its standard engine is a 2.0-liter 4-cylinder rated at 162 horsepower, or 15 hp more than the same engine in the sedan.

The base engine comes with a 6-speed manual gearbox, though far more Elantra GTs are likely to be fitted with the optional 6-speed automatic. If you choose the turbo 1.6-liter engine, the automatic is replaced by a 7-speed dual-clutch transmission that will shift more quickly.

Hyundai didn't release fuel economy figures or prices for the 2018 Elantra GT at the Chicago show, but it's worth scanning the sedan's EPA ratings for hints.

You can do incrementally better in fuel economy by specifying the low-end Elantra SE sedan, which is rated 1 mpg higher on all three measurements: 29 city, 38 highway, 33 mpg combined.

The Elantra Sport, with its more powerful turbocharged engine, drops to 26 mpg city, 33 highway, and 29 combined when fitted with the 7-speed DSG.

The fuel-efficiency champ among the sedans, however, is the Elantra Eco version, which uses a different 128-horsepower, 1.4-liter turbocharged 4-cylinder engine paired with a 7-speed dual-clutch automatic transmission.

There won't be an Eco version of the Elantra GT hatchback, according to Hyundai.

Given the boxier profile of the hatchback against the longer and more tapered sedan, we'd expect Elantra GT ratings to be the same as or lower than those for the Elantra sedan with the same powertrain.

Fuel economy aside, the new Elantra GT is a crisply styled five-door with a wide, low stance and a few details to set it apart, including LED daytime running lights.

Interior materials blend some high-end soft-touch surfaces with some of the inexpensive hard plastic you'll find in the high-volume Elantra sedan.

The 8-inch infotainment screen on top of the dash looks like a small tablet tacked onto the surface. Apple CarPlay and Android Auto come standard at all trim levels, with wireless smartphone charging as an option.

The 2018 Hyundai Elantra GT will appear in dealerships later this year. Pricing and final specifications will be released closer to the on-sale date.