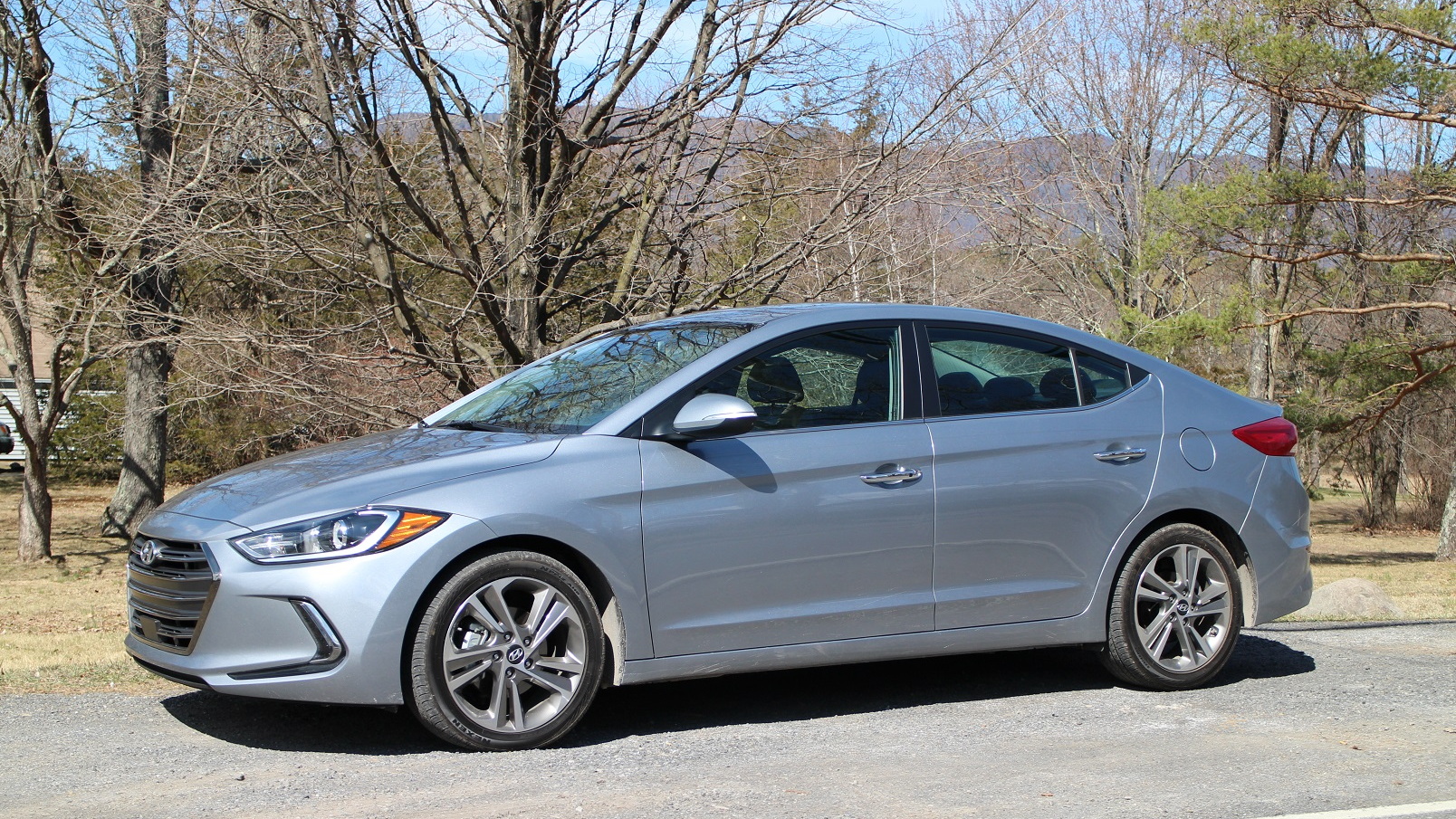 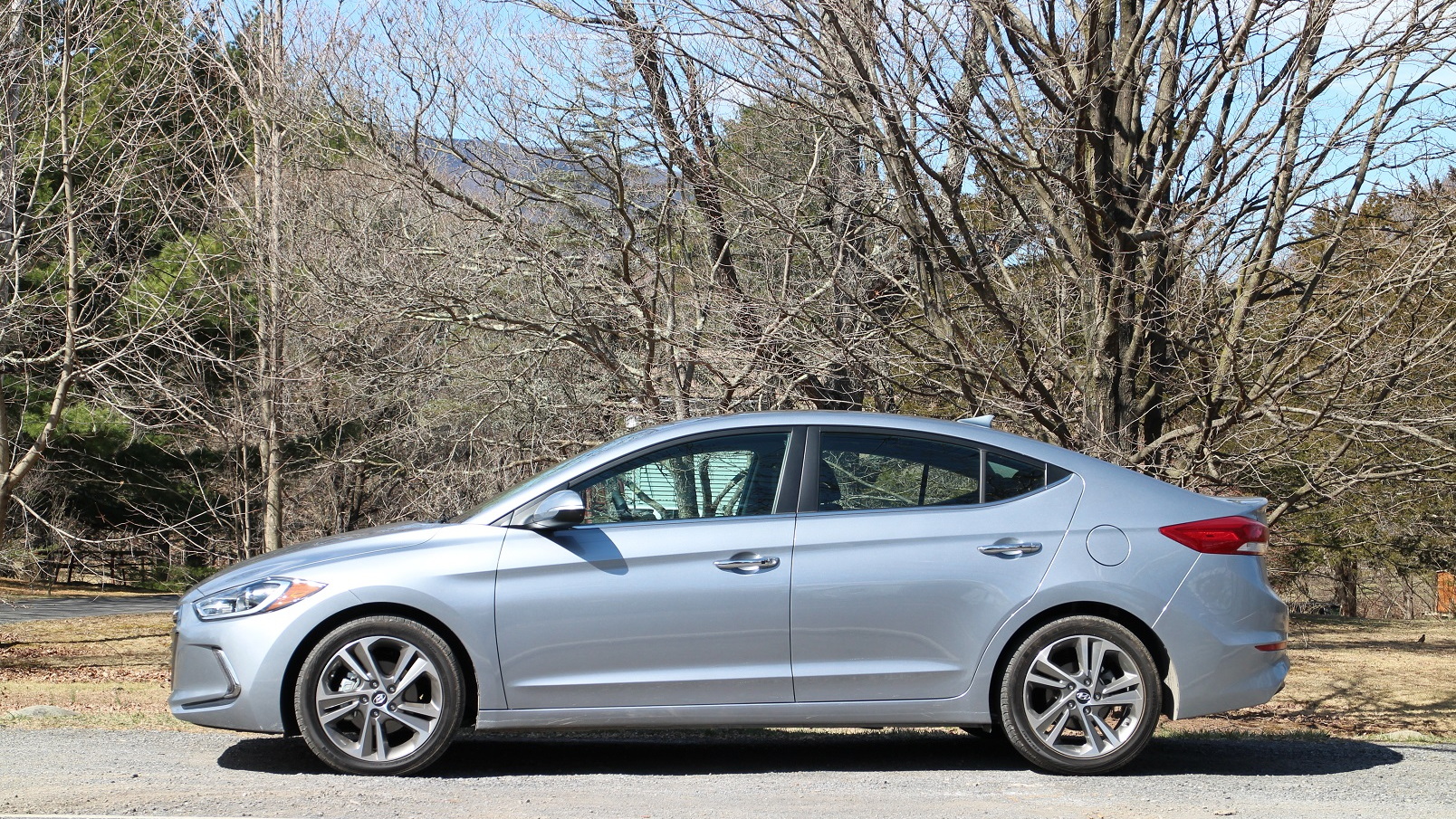 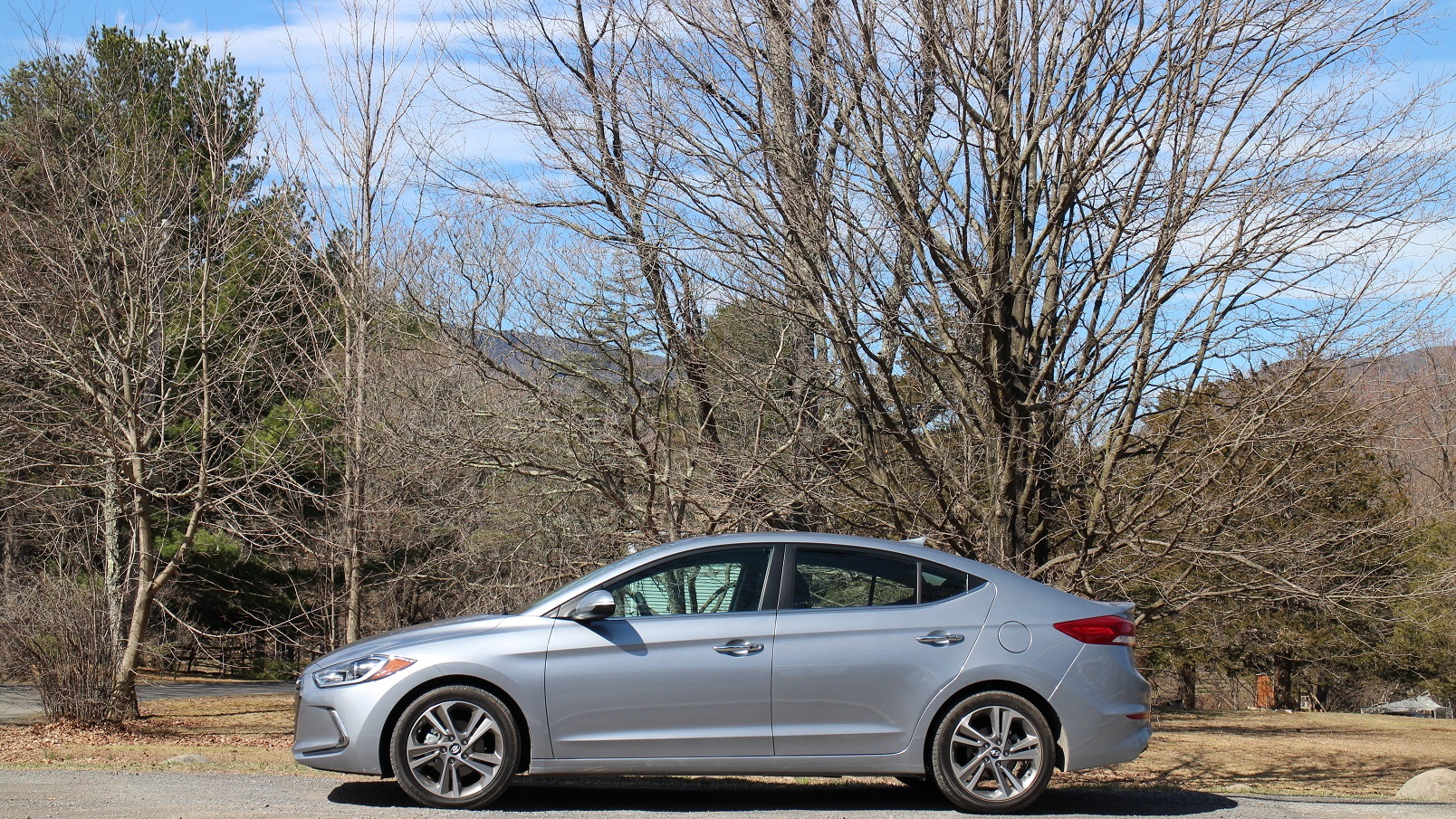 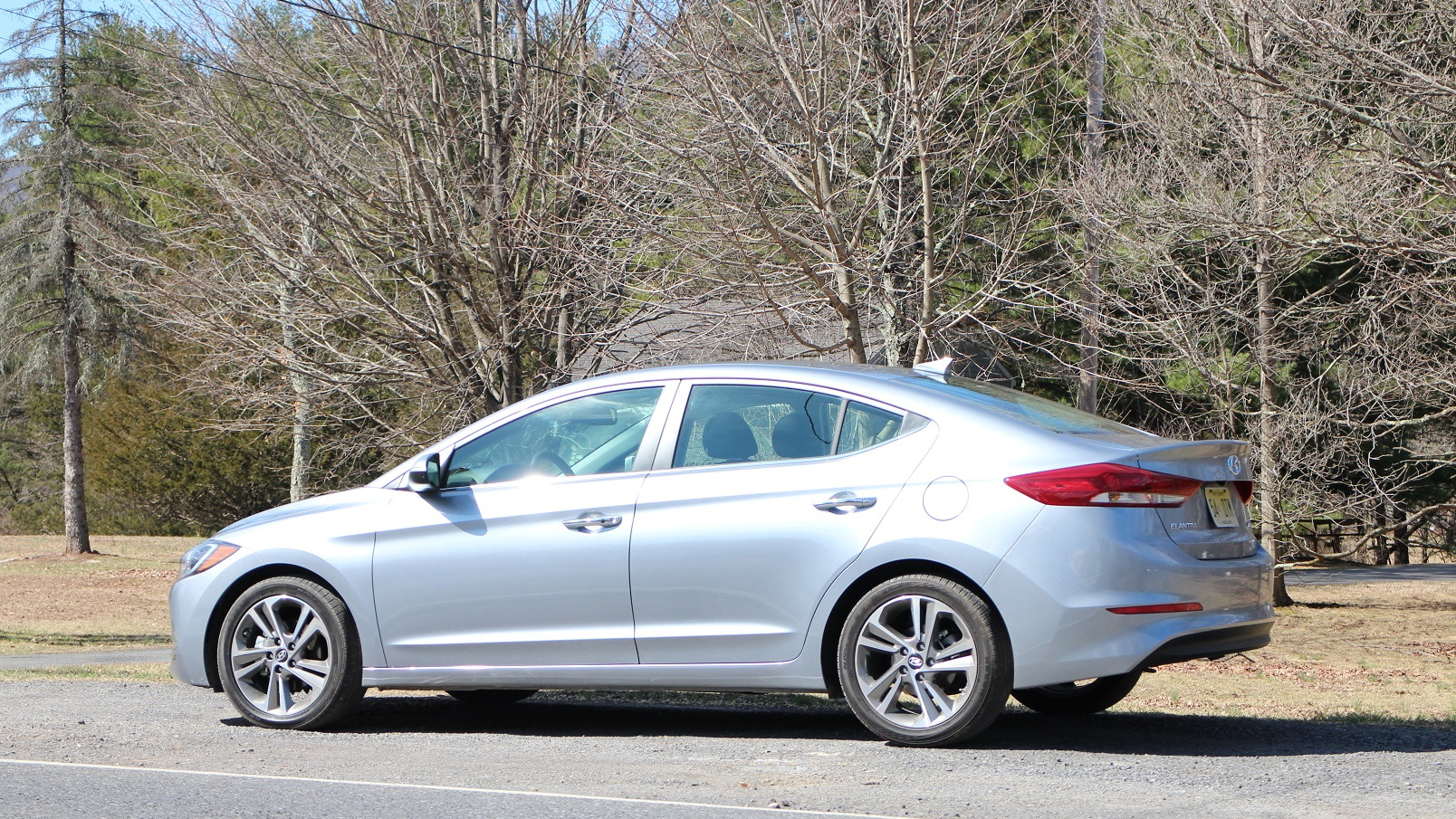 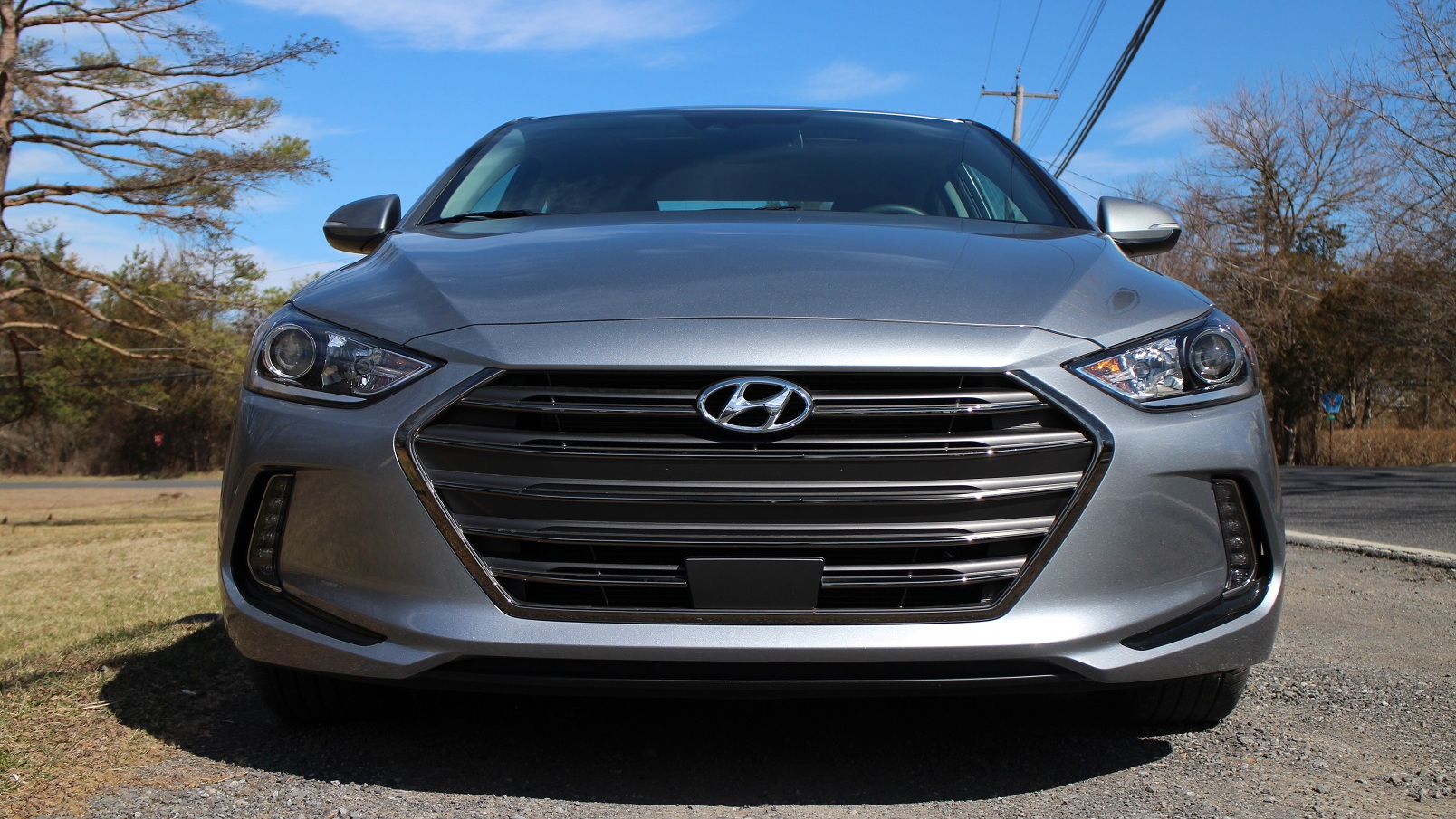 The 2017 Hyundai Elantra small four-door is an all-new version of a car that came from humble roots to being a major player in the highly competitive compact sedan market.

The last version, launched for 2011, blended eye-grabbing design and a features-for-money equation that brought it into the major leagues among compacts.

Now, the newest version is every bit the equal of the very good Honda Civic and the longstanding leader, Toyota's Corolla.

We tested the most luxurious version of the new 2017 Elantra over a long weekend covering 343 miles last month.

It's EPA-rated at 32 mpg combined (28 mpg city, 37 mpg highway) with a six-speed automatic transmission, which will be by far the most common choice with its 147-horsepower 2.0-liter four-cylinder engine.

You can do incrementally better yet by specifying the low-end Elantra SE, which is rated 1 mpg higher on all three measurements: 33 mpg combined (29 city, 38 highway).

A six-speed manual gearbox is also available, but it imposes an efficiency penalty. It's rated at 29 mpg combined (26 mpg city, 36 mpg highway).

Over our usual test route, which is two-third highway miles and one-third lower-speed and stop-and-go city and suburban driving, we achieved 36.9 mpg as indicated on the car's trip computer.

That's pretty much what we'd expected, but it underscores the gains in fuel efficiency made by compact cars over just the last 10 years, when 30 or 32 mpg was about the best you could hope for under any circumstance.

We found the latest Elantra to be an exceptionally handsome shape, a smart evolution of the startling and exaggerated curves of the previous model.

Unlike the larger Sonata, Hyundai's designers managed to keep enough similarity in the new design so it's clearly an Elantra—which just can't be said of the overly generic latest Sonata.

A couple of friends even saw some Audi A7 in the fastback tail, which is high praise indeed for a mass-market Korean sedan. Once it was pointed out, we saw it too.

We're fans of Hyundai's controls and ergonomics, which we find intuitive, logically laid-out, and easy to learn.

The driving position is low, with front passengers' legs stretching out toward the pedals as in a sports car, rather than the more chair-like SUV seating position so many buyers are used to now.

We noted that the new Elantra has the smallest tunnel in the floor between the rear-seat footwells, that we've seen, which makes carrying a third rider easier than in other compacts

Hyundai's made gains in the refinement of the Elantra, which is quiet, smooth, and overall noticeably more refined than the last generation model.

Because ours was the absolute top-of-the-line model—an Elantra Limited Ultimate, apparently—we did wonder whether the sensible small-car interior lived up to a price verging on $28,000.

The interior uses quite a lot of hard plastic surfaces, though their patterning is so good that you wouldn't know it until you rap them with your knuckles. Matte-silver accents are, by now, de rigeur.

We concluded that this top-end Elantra probably just snuck under the wire for acceptability at the top of this price class.

Our 2017 Hyundai Elantra Limited test car carried a base price of $22,350, plus two bundles of options as well as extra-cost floor mats.