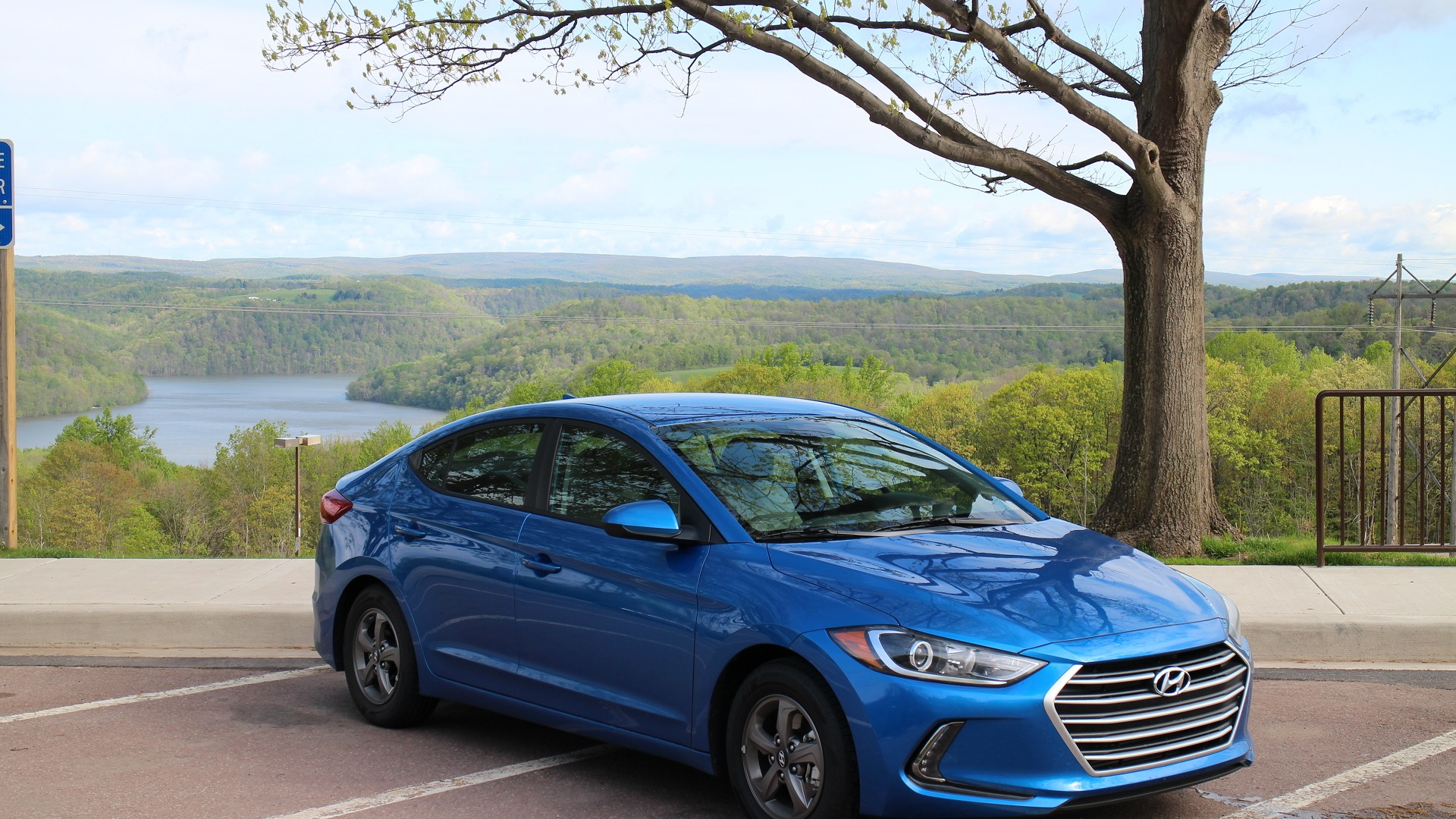 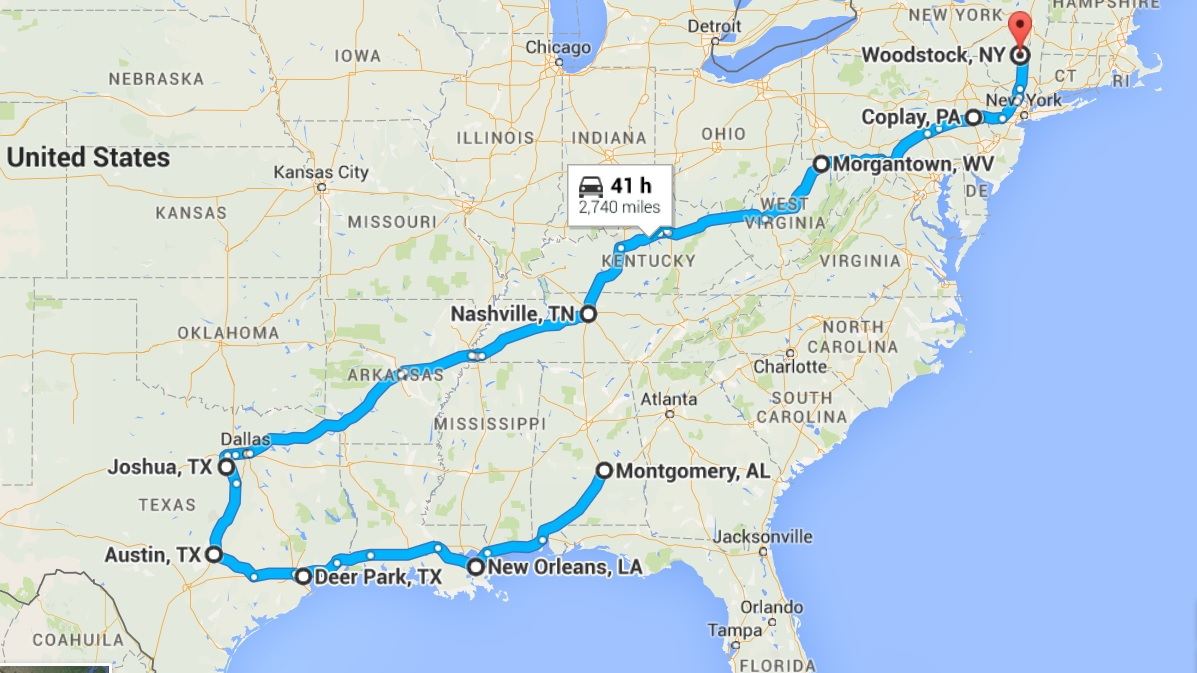 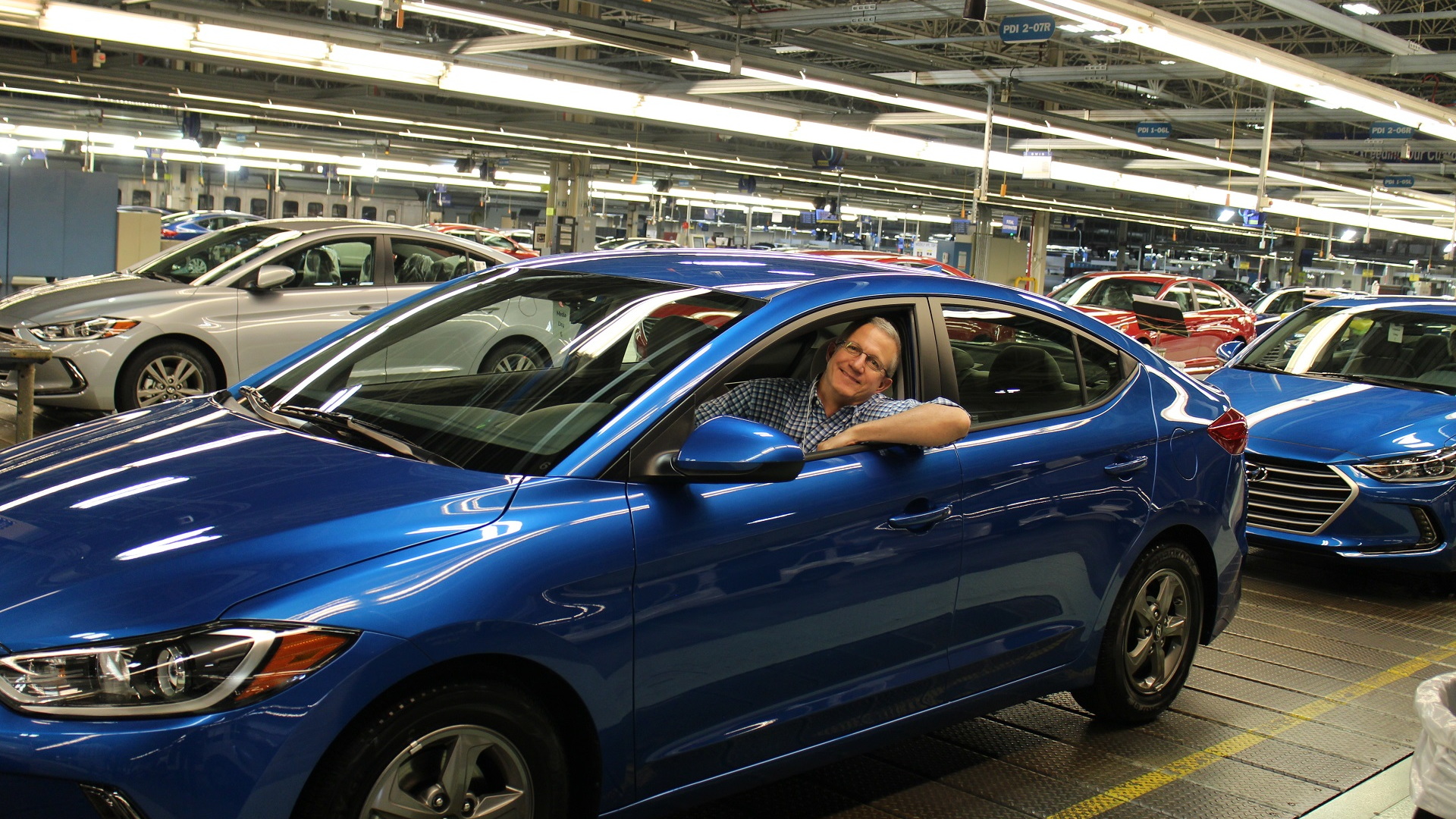 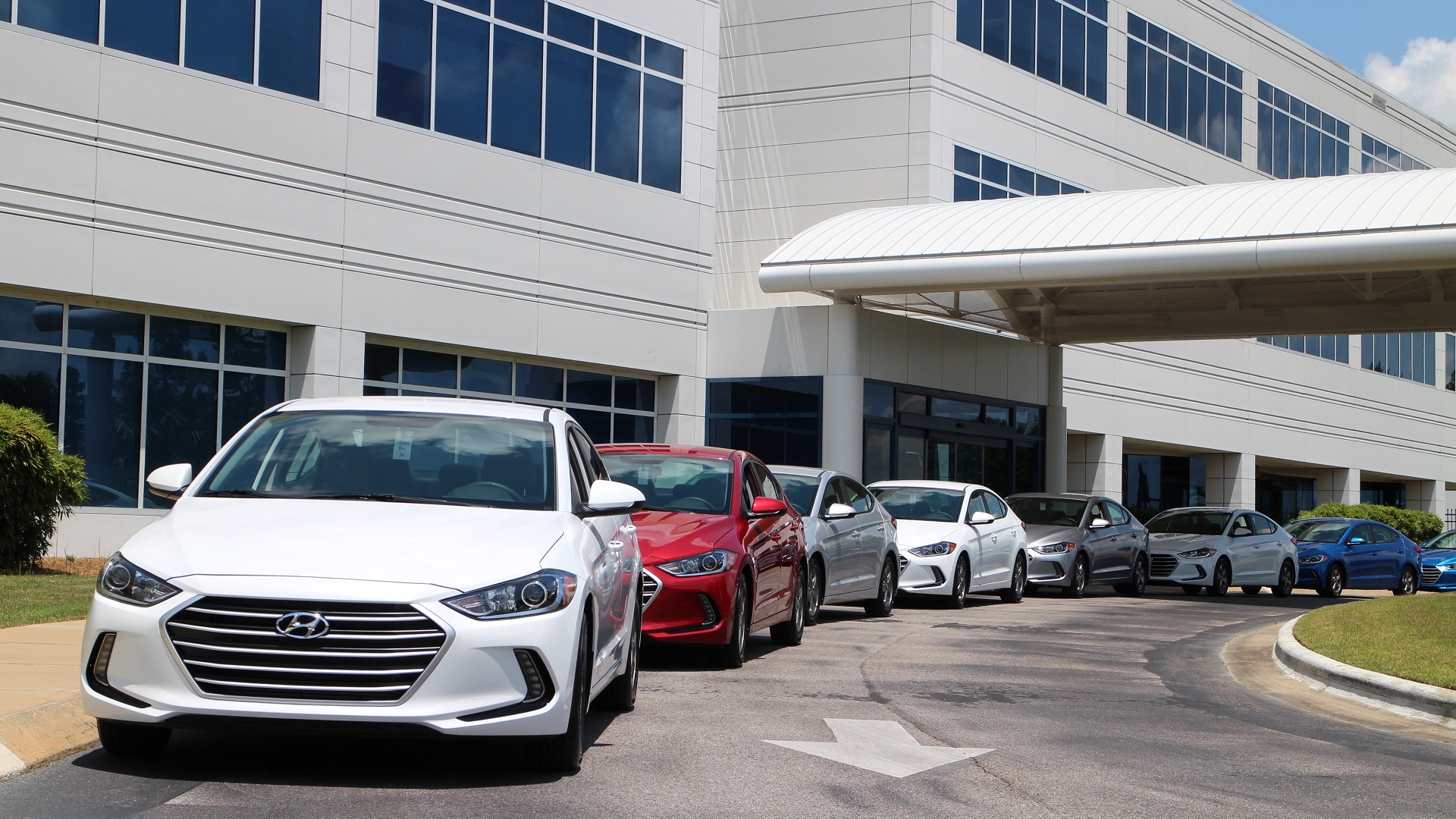 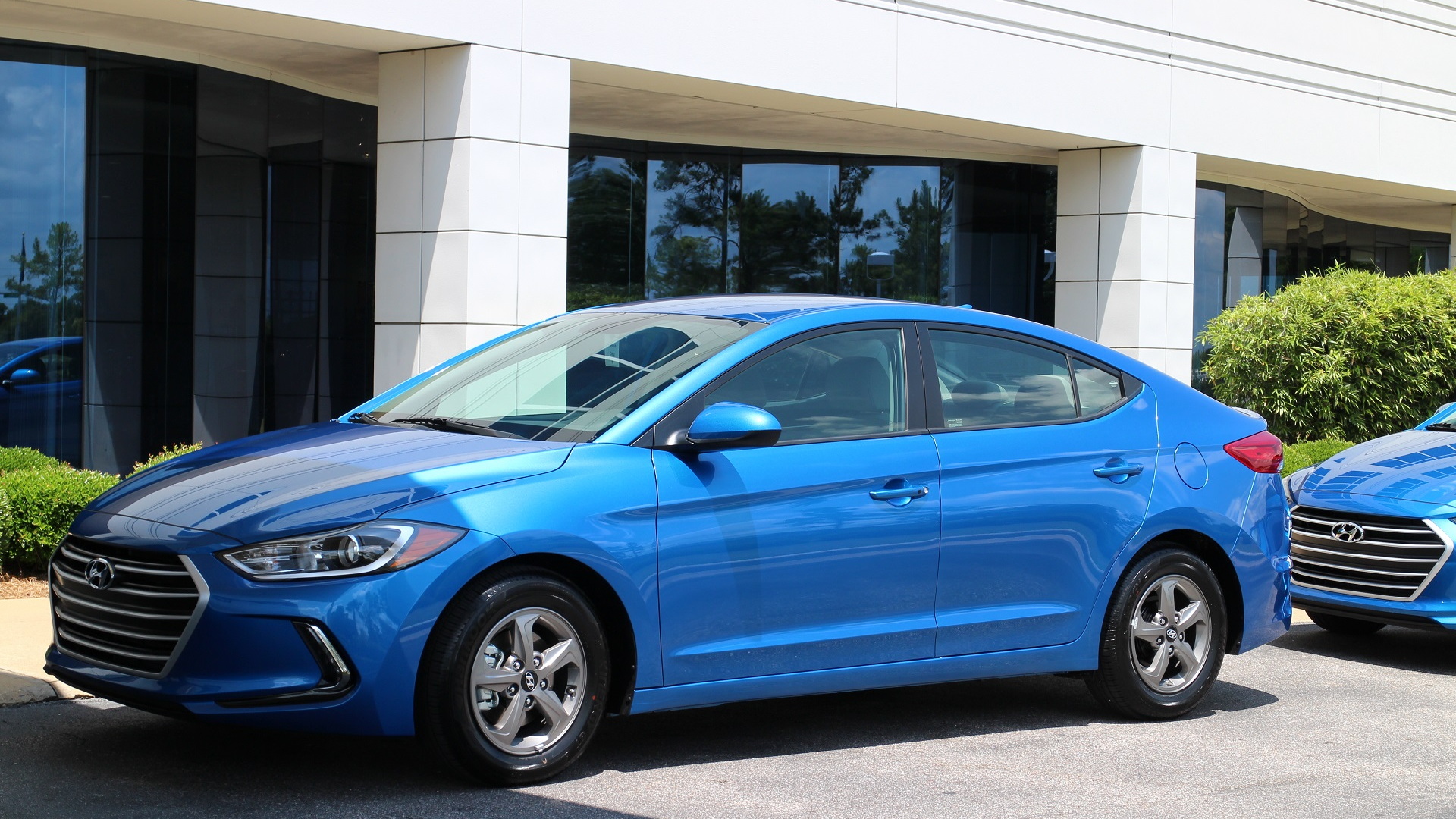 Road trips are an integral part of the American myth, with writers from de Toqueville to Jack Kerouac setting out to experience the variety and beauty of the huge country.

Vehicle launch events, on the other hand, are heavily scripted—with pre-set drive routes often designed to highlight a car's best attributes and camouflage any flaws.

But when Hyundai launched the 2017 Hyundai Elantra Eco in May, it did something different.

It offered more than a dozen auto journalists each a car, to take from the factory on whatever routes they wanted, for as long as they cared to drive.

We love road trips. And we were on it like a shot.

Starting with a tour of the assembly plant in Montgomery, Alabama, where all U.S.-market Elantras are built, we put 2,900 miles on our bright blue sedan in just six days.

Our route took us south and west to New Orleans, then into Texas (Houston and Austin, then heading north to Dallas).

Then we turned toward the northeast, with a long route through Arkansas and into Nashville, then on to Kentucky, West Virginia, and across the Mason-Dixon Line into Pennsylvania, before ending our trip in New York's Hudson Valley.

Why this route? It let us put miles on the car while visiting colleagues, not to mention up picking up three different sets of obscure old-car parts from various locations.

Not only did we stretch our driving legs, we got intimately familiar with what the car was like to live with during that crucial 15th hour of a very long day of driving.

But first, the context. The 2017 Elantra Eco is the highest fuel-efficiency variant of Hyundai's successful Elantra lineup.

Starting with the radically styled 2011 model, the Elantra has taken Hyundai from an also-ran to a volume contender in the market for compact four-door sedans.

Redesigned for 2017, the latest Elantra has cleaner and more sophisticated lines, more features and options, and a host of electronic active-safety systems.

That compares to the 147-hp 2.0-liter 4-cylinder used in standard Elantras, which can be ordered with either a 6-speed automatic or on base models, a 6-speed manual gearbox.

The standard Elantra Limited is rated at 32 mpg combined (28 city, 37 highway) with a six-speed automatic transmission.

You can do incrementally better in a non-Eco Elantra by specifying the low-end SE model, which comes in 1 mpg higher on all three measurements: 33 mpg combined (29 city, 38 highway).

Our route encompassed most types of driving you can find in the U.S.

Long, flat, straight stretches of two-lane Interstate highway through the humid bayous of Louisiana gave way to a 12-lane-wide piece in central Houston that was still choked with stop-and-go traffic.

Kentucky, West Virginia, and Pennsylvania included the winding roads and deep valleys of the Appalachian Mountains, and we passed through any number of battered communities likely suffering from the slow death of the coal industry.

Accents and road food varied, but truck stops, deep-fried delicacies, and gigantic expanses of asphalt swimming with semi tractor and trailer rigs were a constant.

Amidst the trucks, pickups, and large SUVs, our Elantra often felt little and low, but that's the American vehicular landscape. (How it got that way is a different story.)

Over 2,900 miles, the Elantra Eco's trip computer indicated that we had achieved gas mileage of 44.8 miles per gallon.

Our log of gas purchases told a slightly different story: over 2,795 miles (the reading at our last of seven fuel stops), we had put in 67.85 gallons.

Another journalist who covered roughly 1,000 miles, however, had higher variances. His first tank was 45.7 mpg according to the trip computer vs 37.9 based on filling up, while the second tank was 46.9 on the dash vs 43.3 actual.

As they say, your mileage may vary.

The conclusion we drew is that over a long, high-speed road trip, the Hyundai Elantra Eco can provide quite economical travel.

Around town, it's likely to be more fuel-efficient than the standard Elantra, but at a slight cost in driving smoothness due to its 7-speed dual-clutch automatic transmission, or DCT.

These are effectively automated manual gearboxes, which transmit power directly from the engine to the driveshafts without the mechanical losses of to the fluid-based torque converters in conventional automatic transmissions.

They shift rapidly and automatically, with no clutch pedal involved, and are popular in Europe.

In the U.S., however, drivers trained on conventional automatics expect a certain amount of "idle creep," or the car's tendency to move slowly forward unless the brakes are fully on.

That requires DCT to slip their clutches rather than engaging them fully, and the process—especially in quick on-off, stop-and-go traffic—is virtually never as smooth as a regular automatic, one reason DCTs aren't nearly as popular in the States as elsewhere.

The Elantra Eco's powertrain is also used in the Hyundai Tucson Eco, and it behaved roughly the same as in our review of that crossover utility vehicle.

Hyundai has buffered its dual-clutch transmission to slur on many types of shifts, but it's still somewhat apparent--occupants can sense a difference.

On the highway, it's easy to forget it's not a conventional automatic.

But in town, the takeup is often either quicker or softer than an automatic, and we weren't always sure which it was going to be. On one tilted parking lot, we actually got a couple of lurches.

We'd have no hesitation in recommending the Elantra Eco as a high-mileage highway car. For city and suburban use, the DCT would be a matter of personal preference for drivers, who should test-drive it at some length to understand its behavior.

Other observations from our six days in the Elantra Eco:

Overall, we were impressed with the Elantra Eco's real-world fuel economy over our 2,900 miles of mostly high-speed travel.

We appreciate Hyundai's willingness to launch the model with a different kind of event, even if it was one that brought out the most efficient side of the car.

And we were reminded, once again, of what a huge, varied, and beautiful country the U.S. is.

Even from its Interstate highways.

EDITOR'S NOTES: An earlier version of this story contained the following sentences: "Our log of gas purchases told a slightly different story: over 2,795 miles (the reading at our last of seven fuel stops), we had put in 64.7 gallons. That translated to 43.2 mpg, or about 4 percent less."

When we went back to recheck our data, we realized we had erred. The correct figures are 67.85 gallons and, consequently, 41.2 mpg—an 8.7-percent difference from the indicated 44.8 mpg. We apologize for the error.

Special thanks to friend and former colleague Nelson Ireson, who did half the driving on the Austin-to-Dallas-to-Nashville leg over one very long 15-hour day on the road.