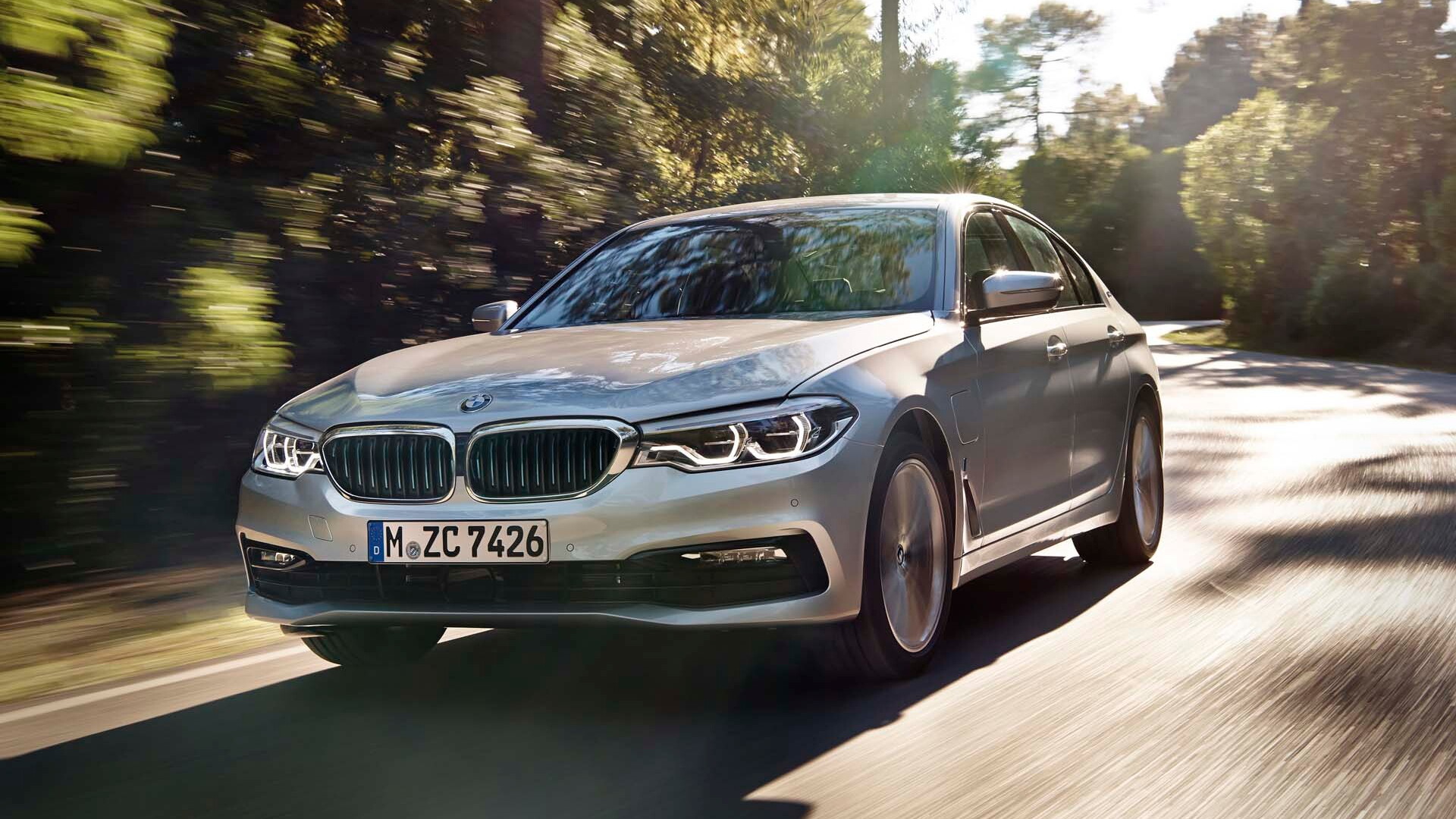 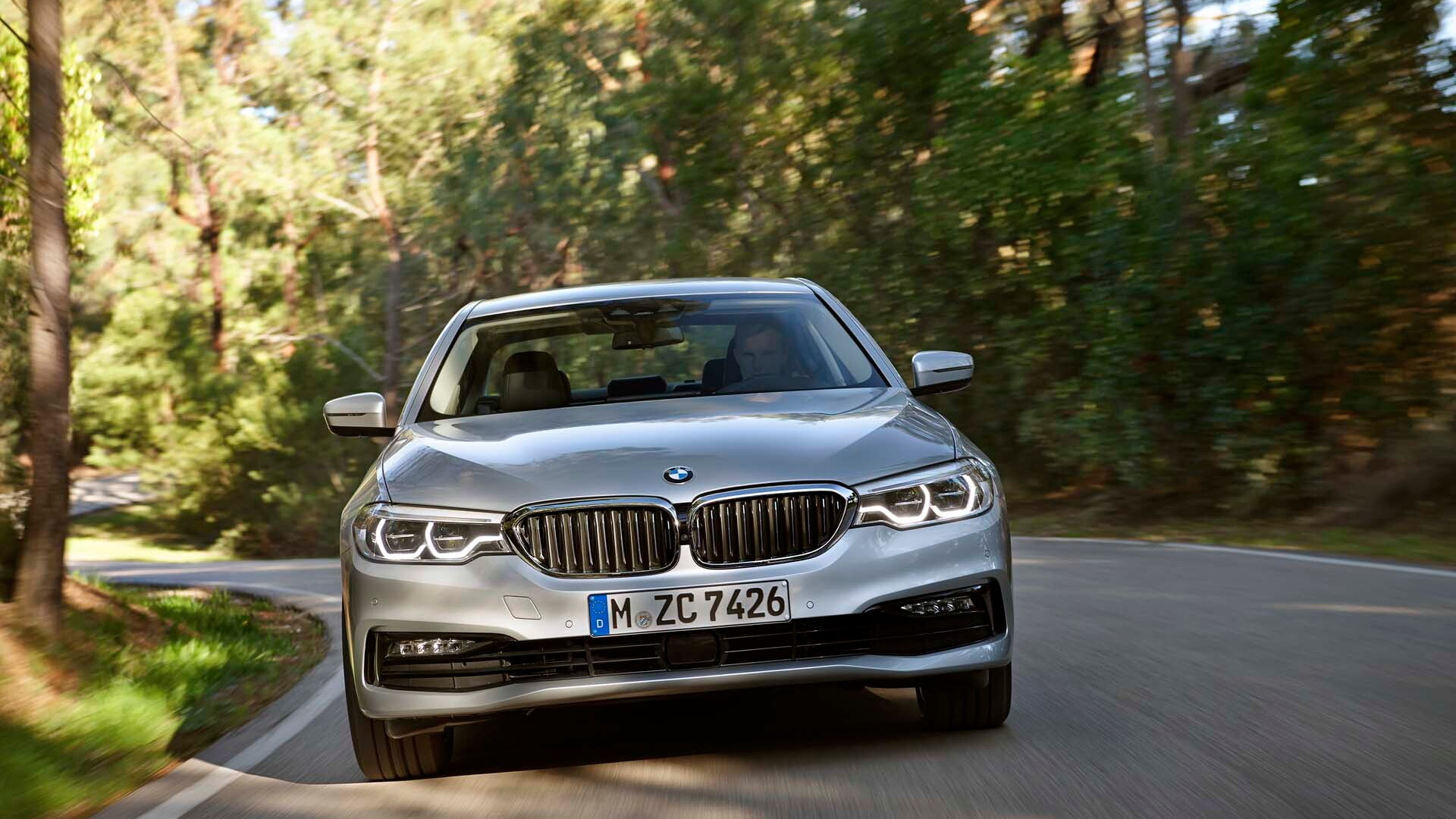 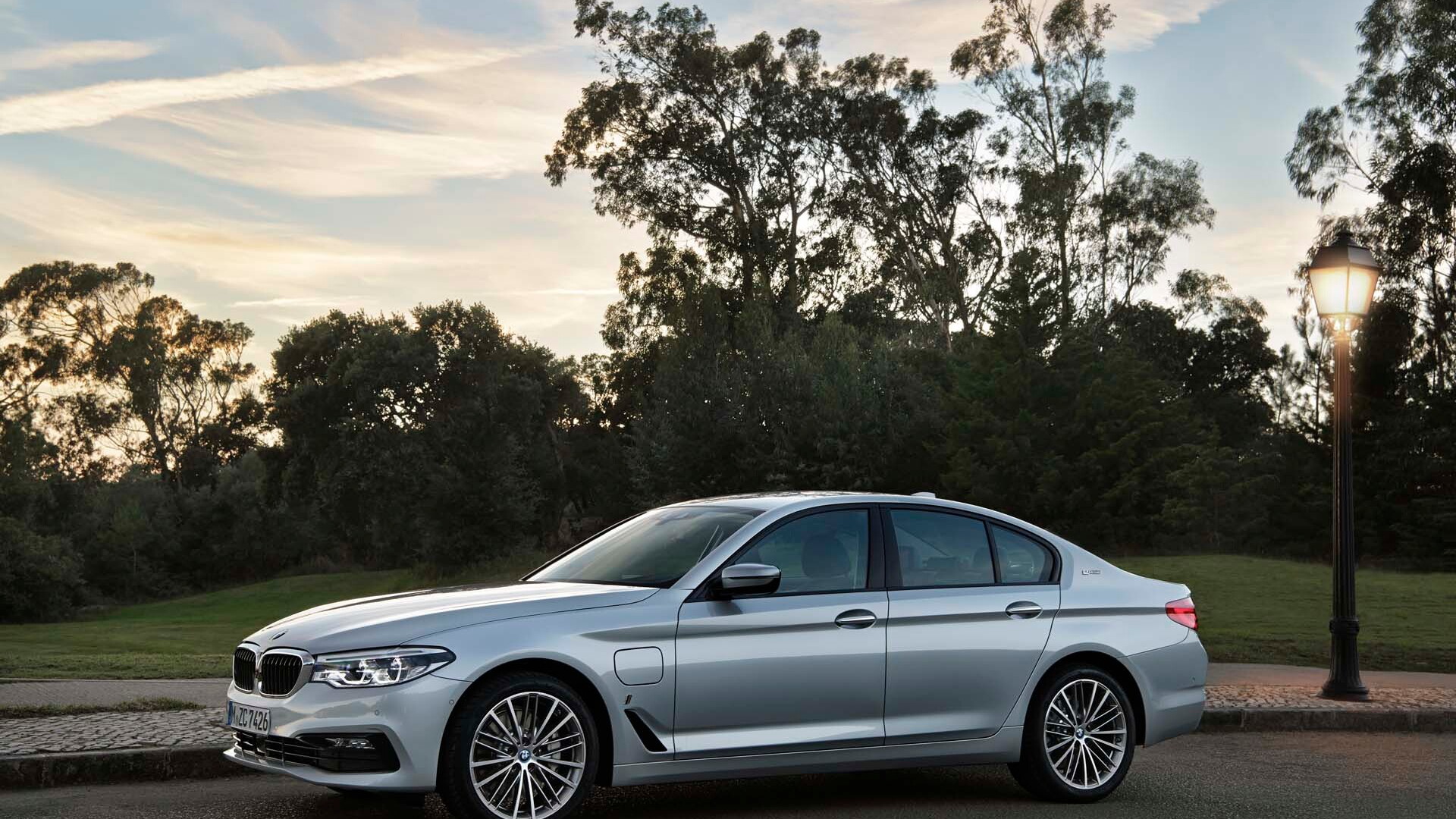 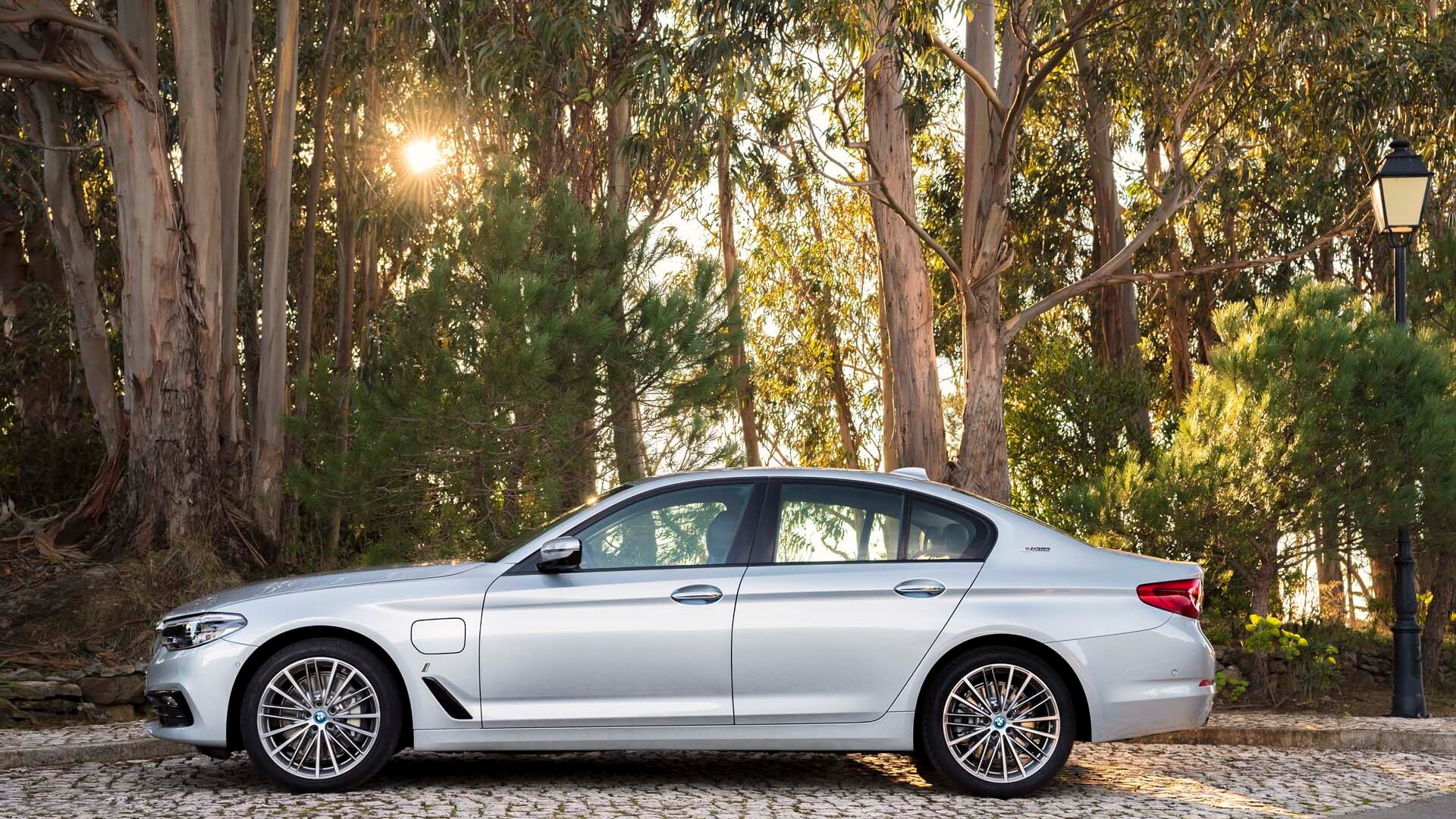 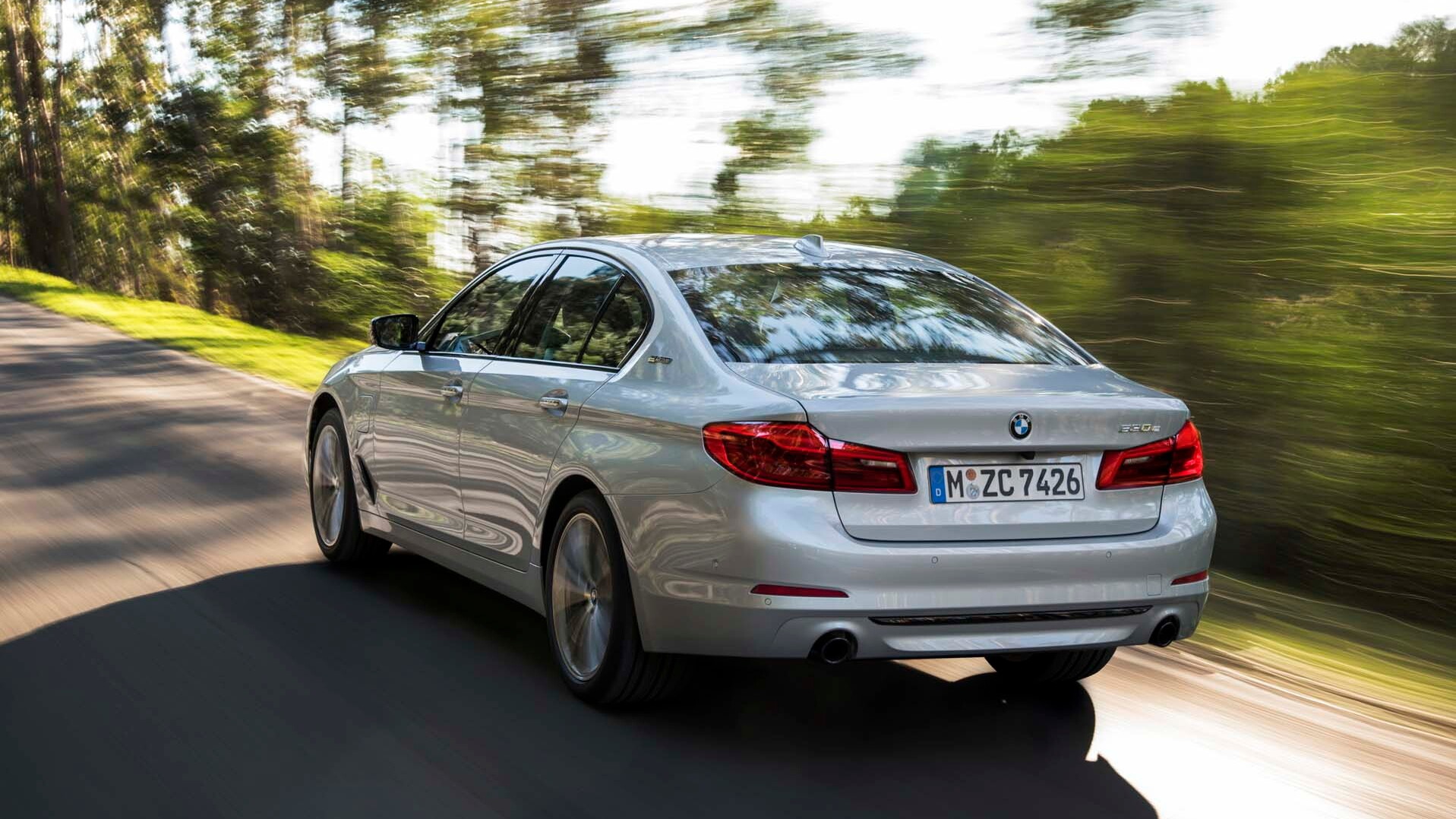 The latest model in BMW's expanding lineup of plug-in hybrids sold in the U.S. is a version of its new 5-Series sedan, with a plug.

Called the 530e iPerformance, it joins plug-in hybrid versions of the 3-Series and 7-Series sedans and the X5 SUV, as well as the sleek i8 coupe.

Like all BMW plug-in hybrids based on existing models, the 530e wears the "iPerfomance" badge to tie it to the i8 and the i3 electric car, BMW's green models that are based on dedicated platforms.

The 530e powertrain is derived from that of the 330e iPerformance, meaning it sports a 2.0-liter turbocharged 4-cylinder engine, an eight-speed automatic transmission, and a single electric motor.

However, while the 330e is available only with rear-wheel drive, the 530e will be offered with the option of all-wheel drive as well.

Total system output matches the 248 horsepower and 310 pound-feet of torque of the smaller 330e.

EPA efficiency and electric-range figures are not available yet, but BMW previously quoted an electric range of 28 miles on the European testing cycle.

A comparable figure for the EPA testing cycle would likely be 20 to 30 percent lower.

The default Auto eDrive mode switches between gasoline and electric power, and allows for all-electric driving in certain situations up to 56 mph.

Max eDrive prioritizes all-electric driving, raising the electric-only top speed to 87 mph, while Battery Control allows the driver to hold a charge in the battery pack.

The 530e iPerformance is based on the new 5-Series body introduced on non-hybrid versions for the 2017 model year.

BMW says the new body is lighter than before, despite being slightly longer, wider, and taller than the outgoing 5-Series.

The 530e will be available with many of the technology and safety features seen in other 5-Series models, including gesture control, and both adaptive cruise control and lane-departure warning systems that can provide steering assistance to the driver.