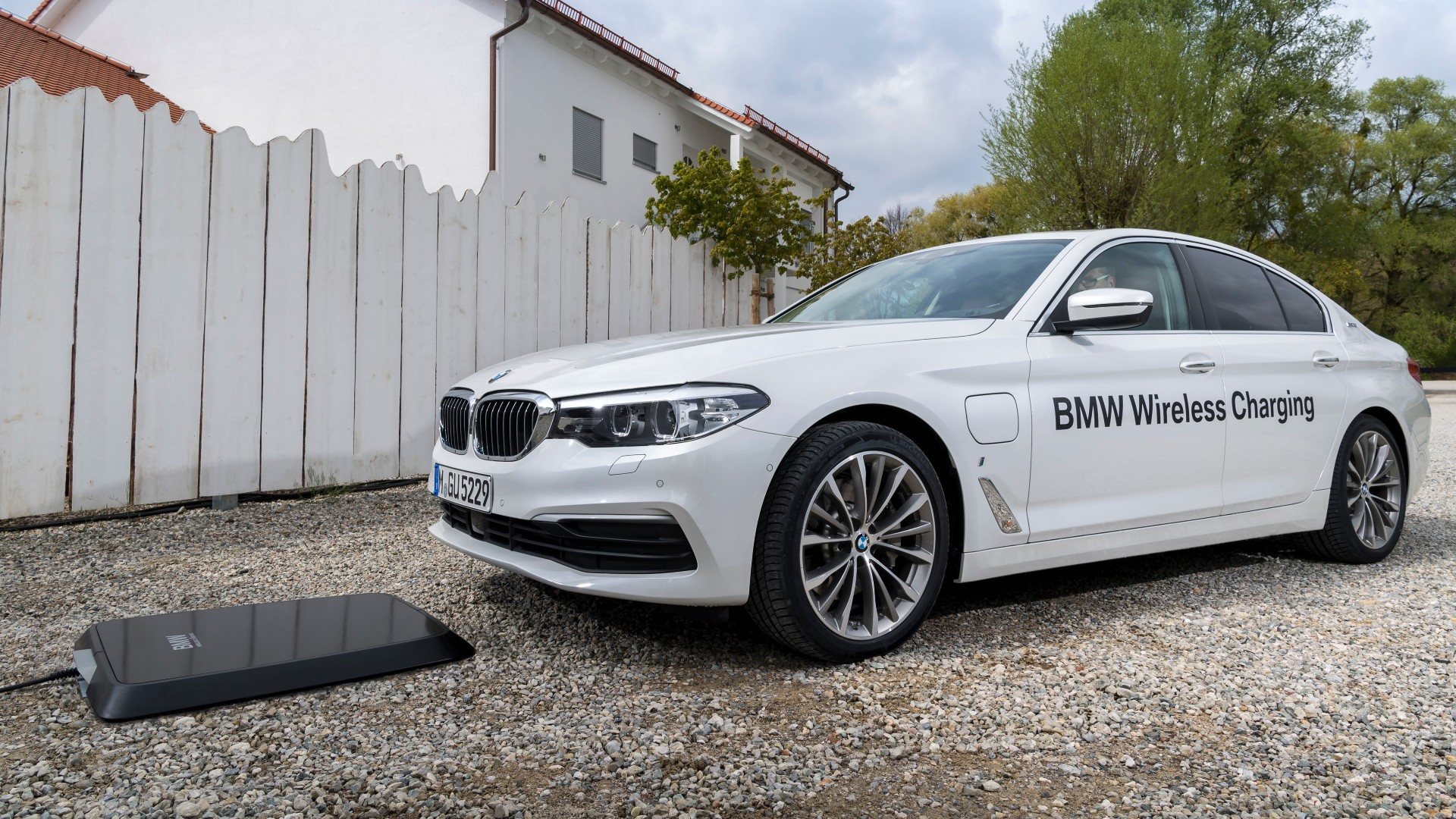 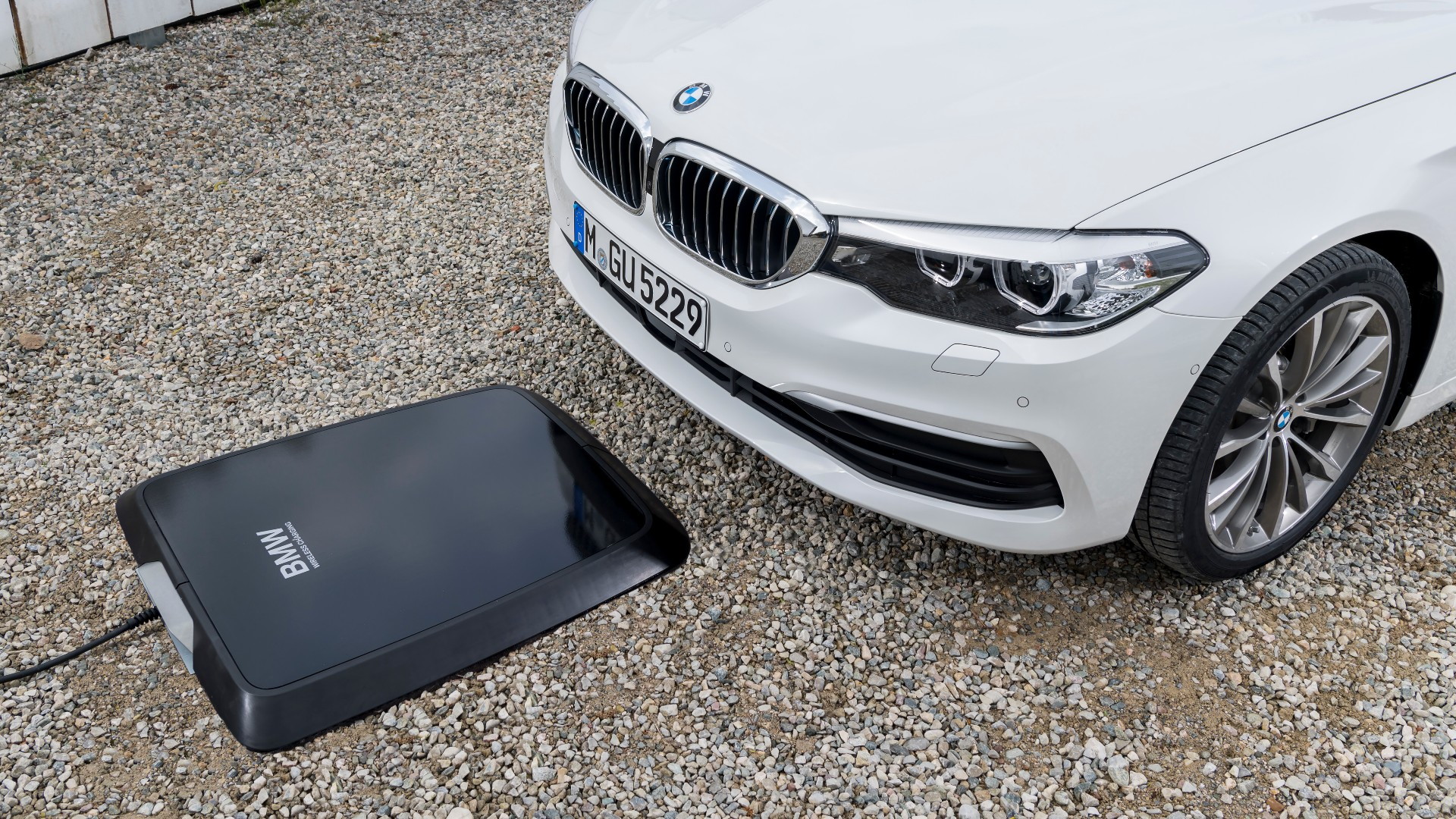 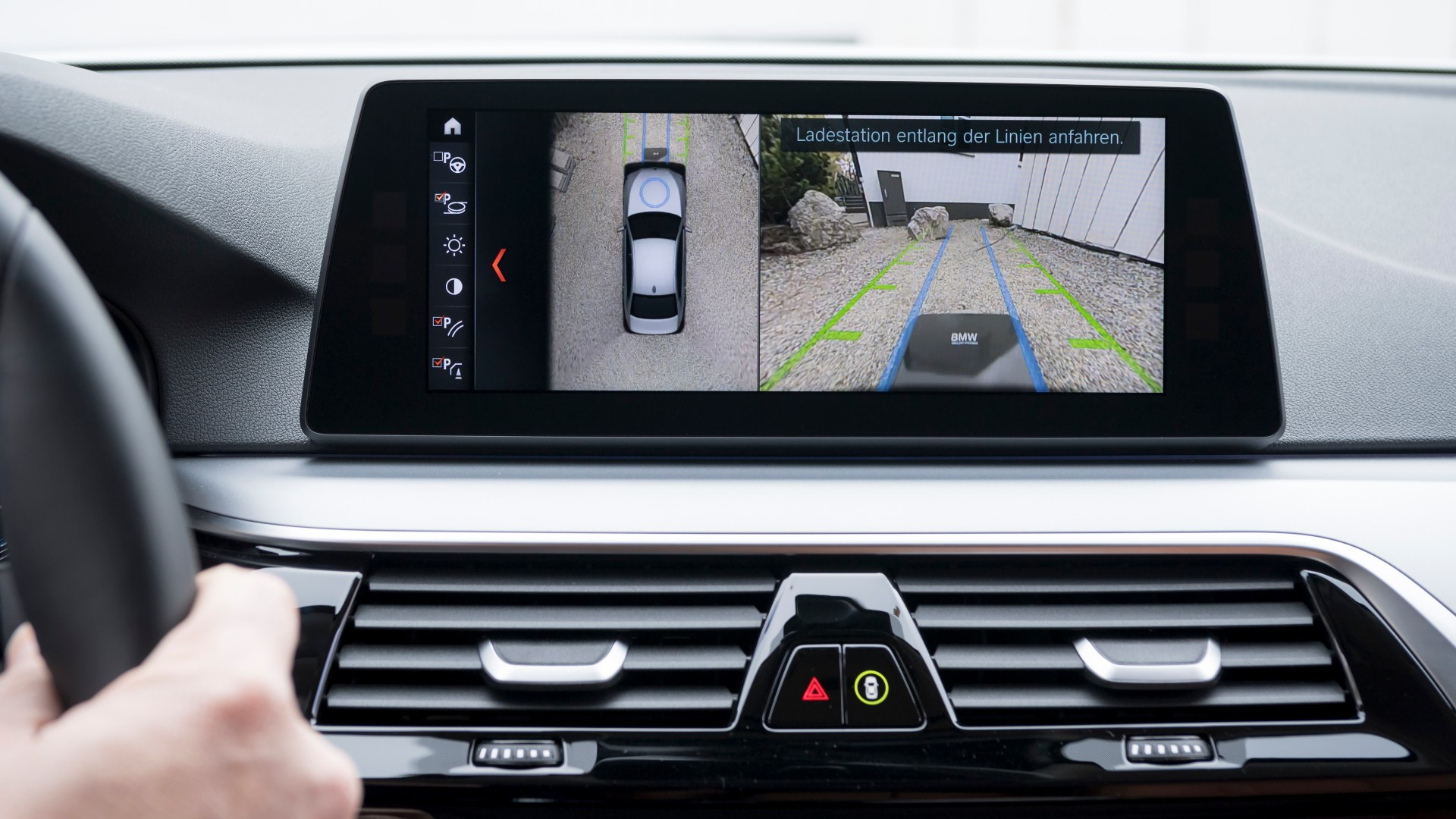 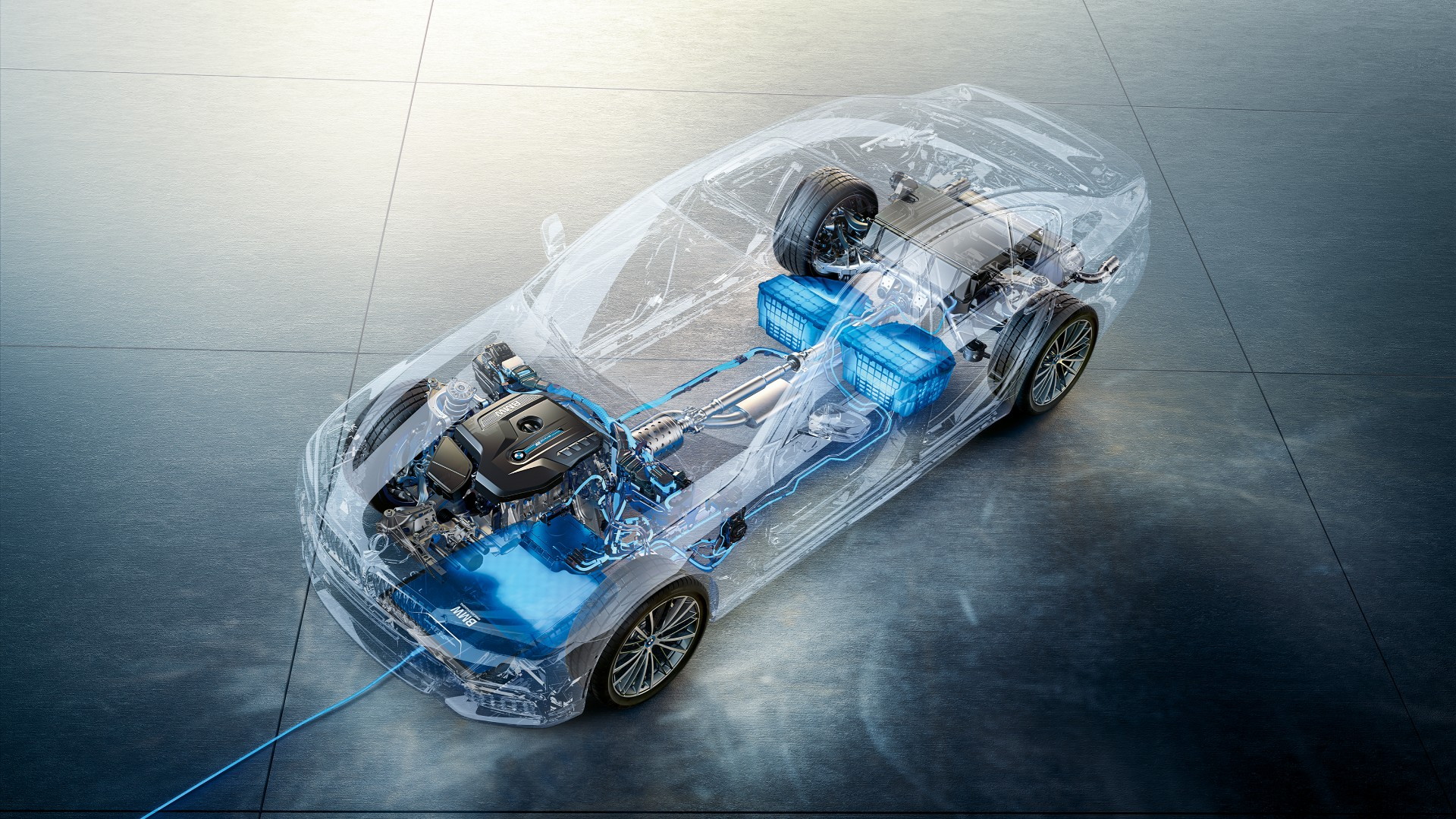 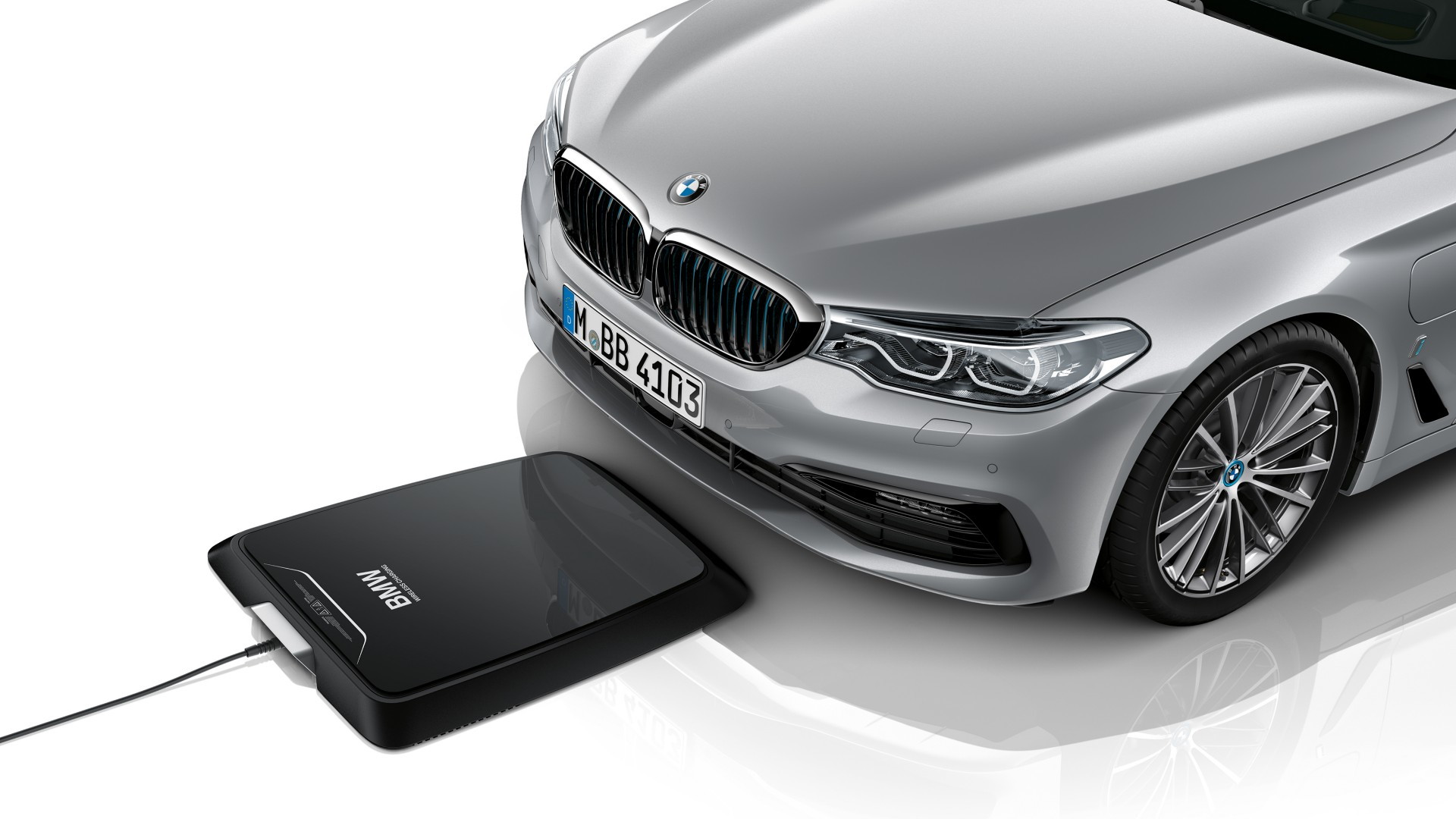 Americans soon will have a fully automaker-supported car that supports inductive wireless charging.

BMW announced Friday that it will soon offer inductive charging in the 2019 BMW 530e iPerformance. In BMW’s current nomenclature, that’s the plug-in hybrid version of its 5-Series sedan.

The catch: You’ll need to live in one of 13 California counties.

It will be limited to just 200 “eligible California residents” who opt to lease the 2019 BMW 5-Series plug-in hybrid via an Induction Charging lease package—costing approximately $37 more per month than for a comparably equipped 530e.

That package will include all customers need to charge wirelessly at home. One of the components, called the CarPad, will come already fixed to the bottom of the vehicle. And as part of the special arrangement, BMW will cover all costs associated with installing and maintaining the Ground Pad Module—including de-installation at the end of the lease.

According to BMW, the system requires a simple press of a Start/Stop button to start the charging process. There’s also a wifi-based system that helps the vehicle maneuver into the proper spot for inductive charging—which has 2.75 inches of flexibility longitudinally and 5.5 inches laterally.

The U.S. program is an extension of a global one that began in Germany in 2018, and in the U.S. it’s the first residential test of inductive charging by any automotive manufacturer, and as it is a pilot program, it’s unlikely that the same offer will return right away for 2020—or even 2021. BMW USA noted that it’s separate from the smart charging pilot program already underway—ideas that could be combined to provide even more ease in making sure cars charge during off-peak times.

Mercedes-Benz has cancelled U.S. plans to offer inductive charging on its flagship S550e plug-in hybrid sedan, and at last check is still looking into possibilities of launching it in some way with upcoming fully electric versions like the EQC. Audi hasn’t yet committed to a market introduction but it’s hinted the tech could be on the way in its E-tron products.

The BMW 36-month lease—finance terms and monthly payment not yet disclosed—will include a specially equipped version of the 2019 BMW 530e iPerformance, plus both sides of the contactless energy transfer system.

The offer is valid only at 33 participating dealers: San Francisco, San Mateo, Contra Costa, Alameda, Sonoma, Orange, Santa Barbara, Los Angeles, Santa Clara, Ventura, Riverside and San Bernardino. It also requires applicants to fill out a query asking about the home situation (single family, apartment, or condo/townhome) and charger installation. It advises that those planning to install the charging pad outside a garage may have to seek approval from their HOA when it applies. All the components are protected from rain or snow, and driving over the GroundPad won’t damage it.

The 530e iPerformance comes in a specific build—with all cars including the M-Sport Package, a moonroof, Harman Kardon Surround Sound audio, the head-up display, and many other active-safety and convenience options. The 530e starts at $54,395 for 2019, including a $995 destination fee, but the M-Sport option alone is $4,750.

The system in the 530e iPerformance has a charging power of just 3.2 kw. Although that’s not nearly enough to charge a long-range electric vehicle overnight, it’s enough to charge the 530e’s 9.2-kwh pack in about 3.5 hours.

Hands-free inductive vehicle charging has been an up-and-coming technology for the better part of a decade. Competing coil designs, expensive equipment, and relatively slow movement to come to an agreement on higher-power standards have slowed its rollout. Aftermarket inductive charging already exists, though, with units from Plugless Power available for a range of all-electric models.

A 2018 report from Navigant, a market research firm, anticipated that the growth of vehicle wireless charging is poised to take off around 2023, with wireless chargers expected to reach about 185,000 annual sales globally in 2026.

Qualcomm has in recent years been an especially bullish advocate of wireless charging, and pushed its Halo system in Formula E support cars and dynamic-charging demonstrations. Its exit from the business last year—and the sales of its business and patents to rival WiTricity—the company behind this particular unit used by BMW—reflects a general consensus in the industry that inductive charging is going to remain a niche product for the foreseeable future.

Developments tightening the timeline to autonomous vehicles could change that. So could more tests—and potential availability—of wireless public charging.