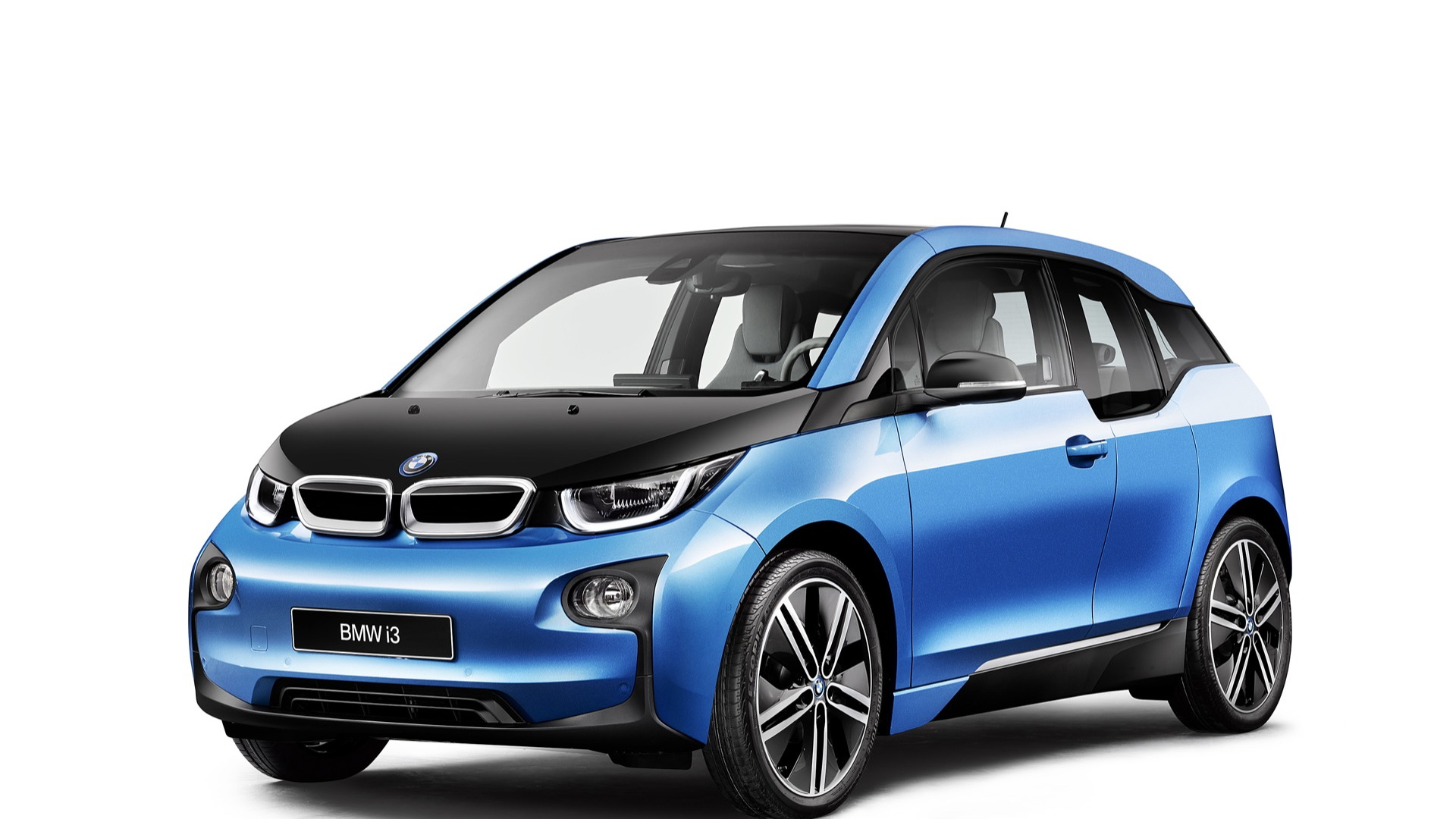 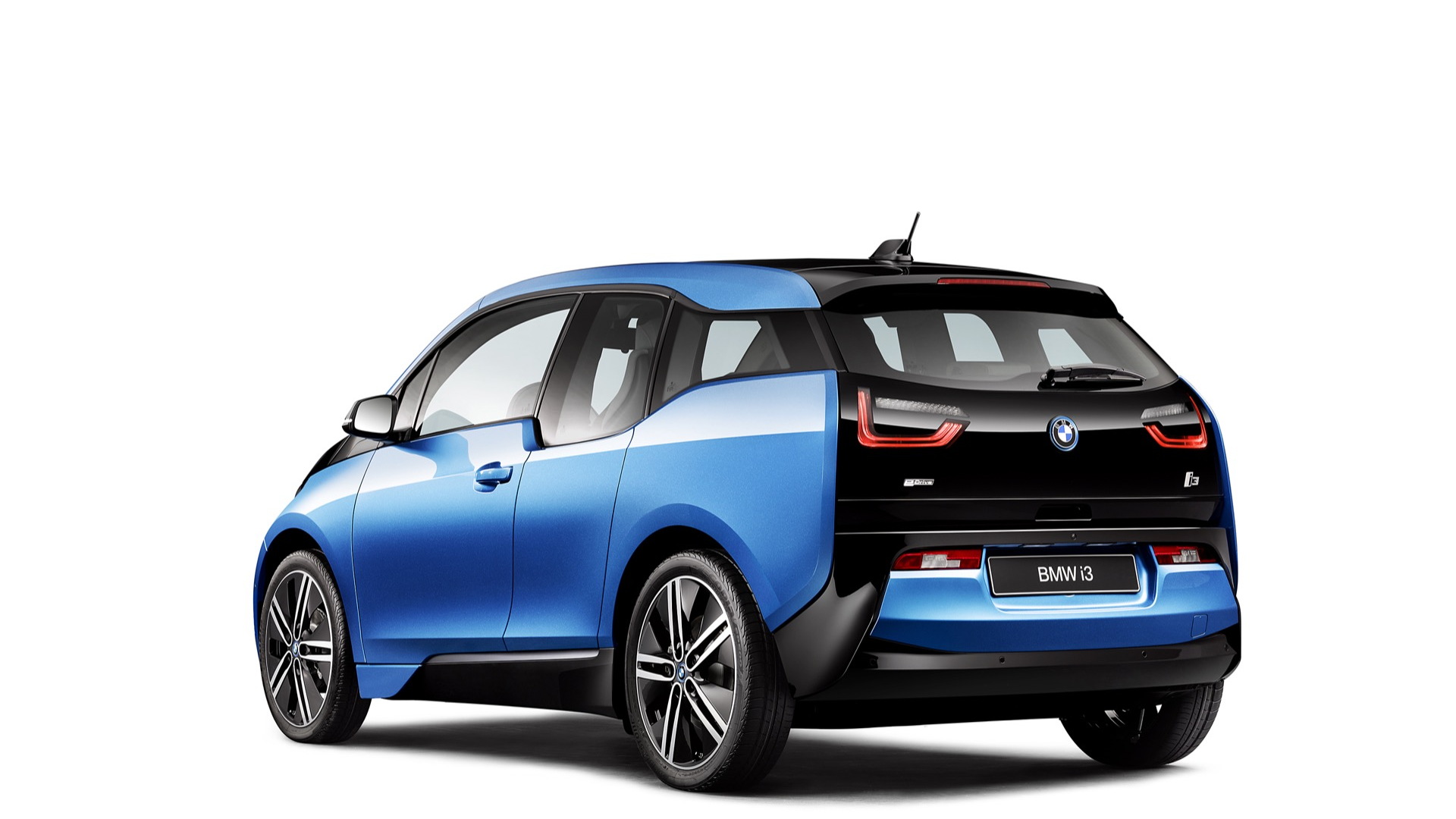 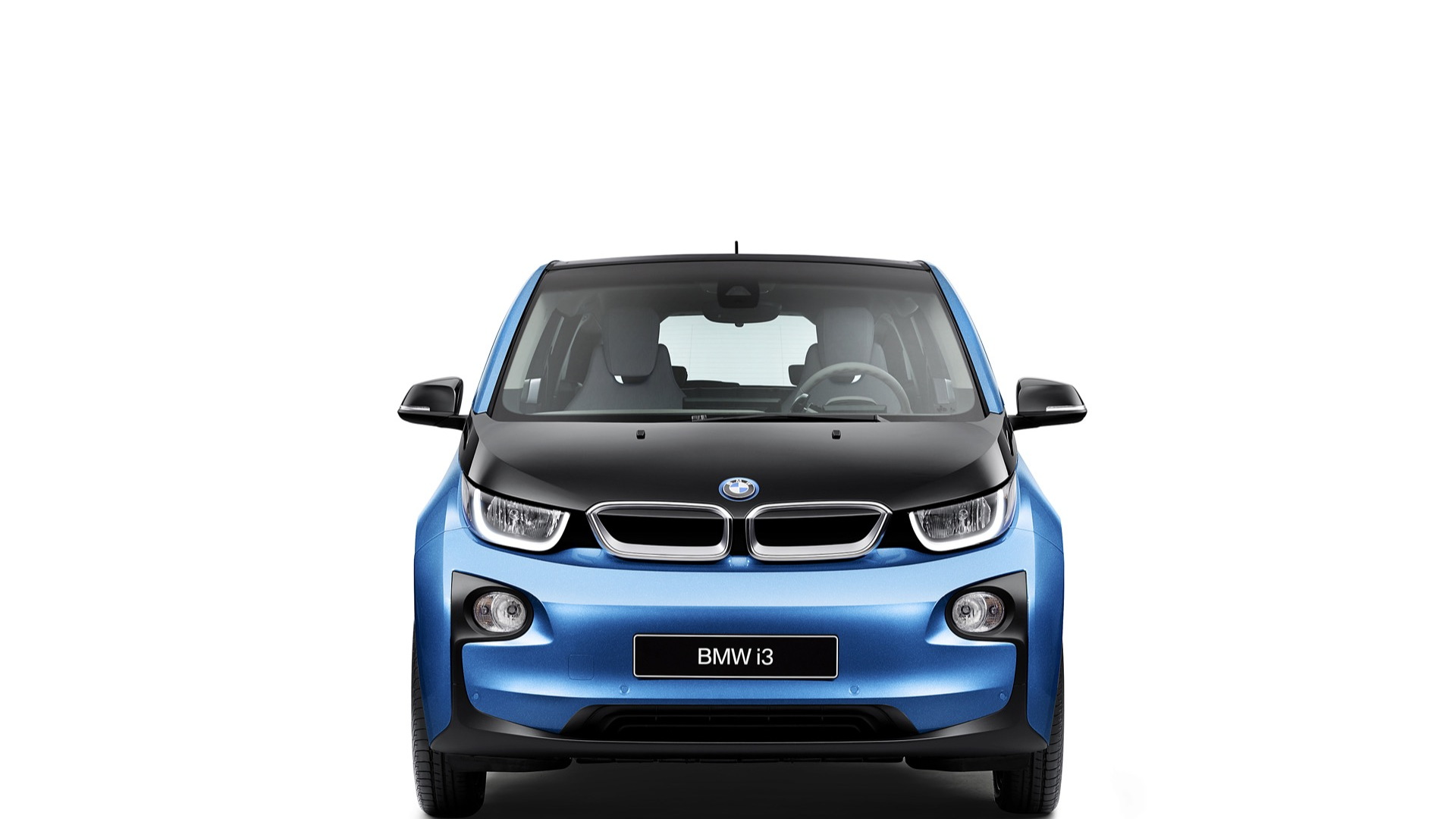 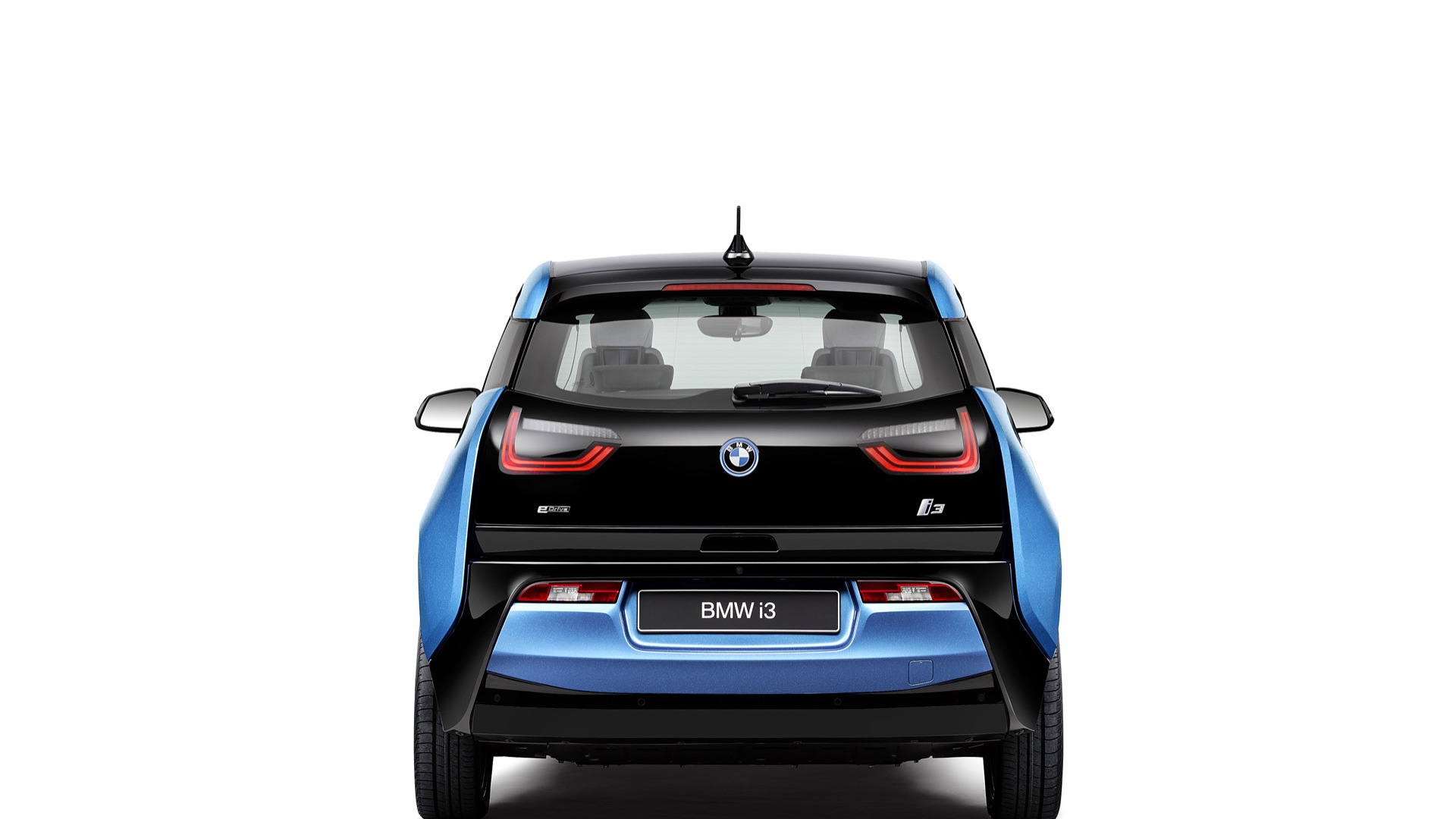 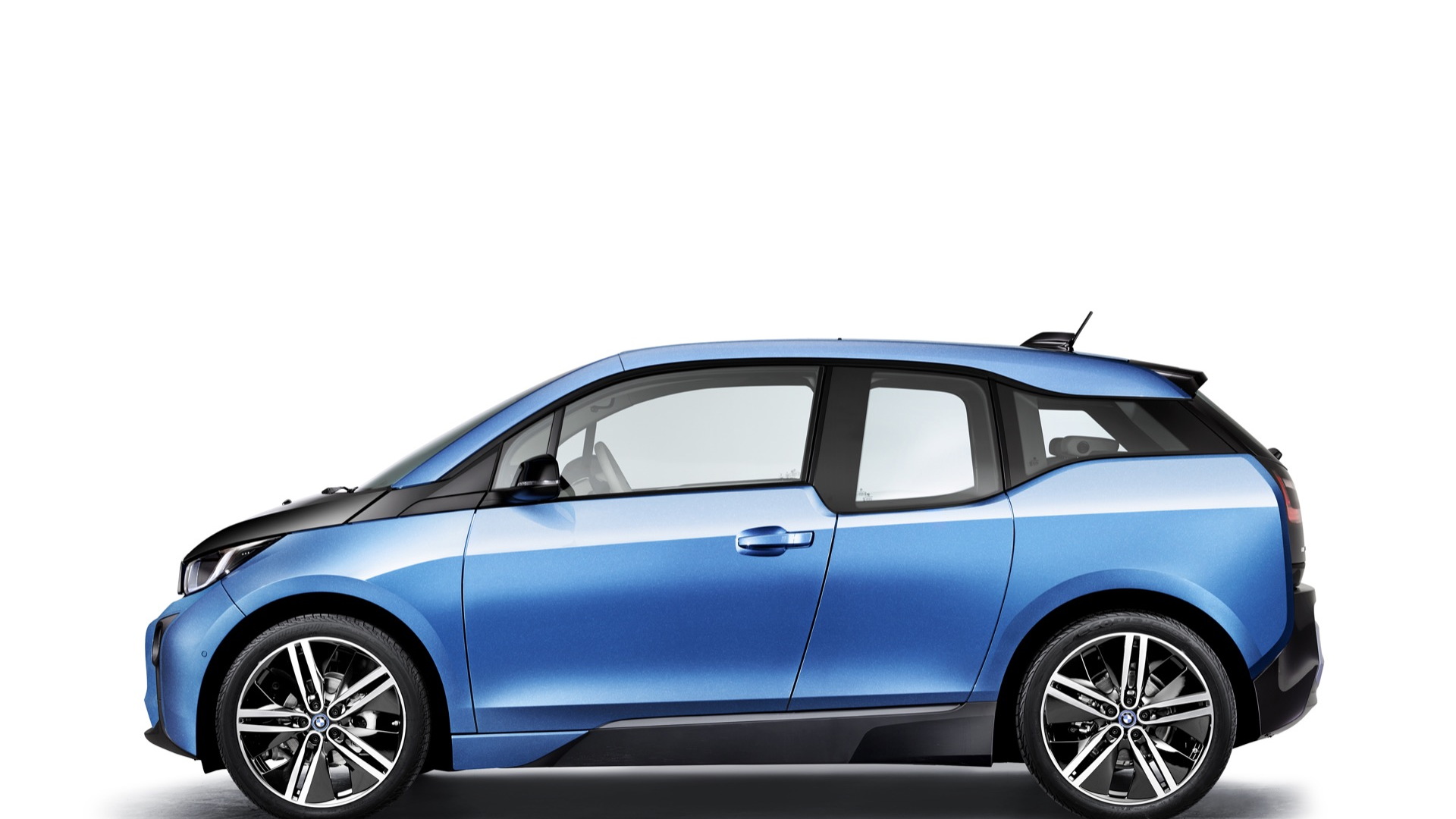 For its fourth year on the market, the 2017 BMW i3 electric car gets a huge boost in battery capacity and hence its EPA-rated range.

The battery capacity rises 50 percent, from 22 to 33 kilowatt-hours, and the company says the rated range for the battery-electric version will be up to 114 miles combined.

The range-extended version will get the same battery, plus a gas-tank capacity opened up from 1.9 to 2.4 gallons.

BMW did not specify estimated ranges for the i3 REx version, however.

With that longer battery range, BMW can "unlock" the capacity of its gas tank—previously limited electronically—to use the full 2.4-gallon capacity, just as the i3 REx already does in Europe.

The new battery fits within the same enclosure and "form factor" as the old one.

The increase in its capacity is due to the use of new 94 Amp-hour lithium-ion cells with higher energy density than the 60-Ah cells previously used.

Weight increases only slightly, with the i3 battery-electric version at 2,961 pounds and the i3 REx with the range-extending engine at 3,234 pounds.

The charging rate of the 2017 i3's onboard charger is 7.4 kw, meaning the larger battery can be fully recharged at a 240-volt Level 2 charging station in 4.5 hours or less—up from the 3.5 hours for the previous versions.

Changes to the i3 electric car's specifications for 2017 include the addition of a Protonic Blue metallic paint option, previously offered only on the i8 plug-in hybrid sport coupe.

An electric moonroof is finally available—which will make at least some buyers very happy—after three years without such an option.

The standard trim level for the 2017 BMW i3 is called Deka World, with a dark cloth interior using recycled materials for the fabric.

BMW also said that it will offer a new model of its BMW Home Charger Connect, with a sleeker and more compact design and standard WiFi connectivity that will allow owners to control and monitor charging behavior remotely.

Prices for the 2017 BMW i3 were not announced, but will be released closer to the car's on-sale date in late summer or early fall.