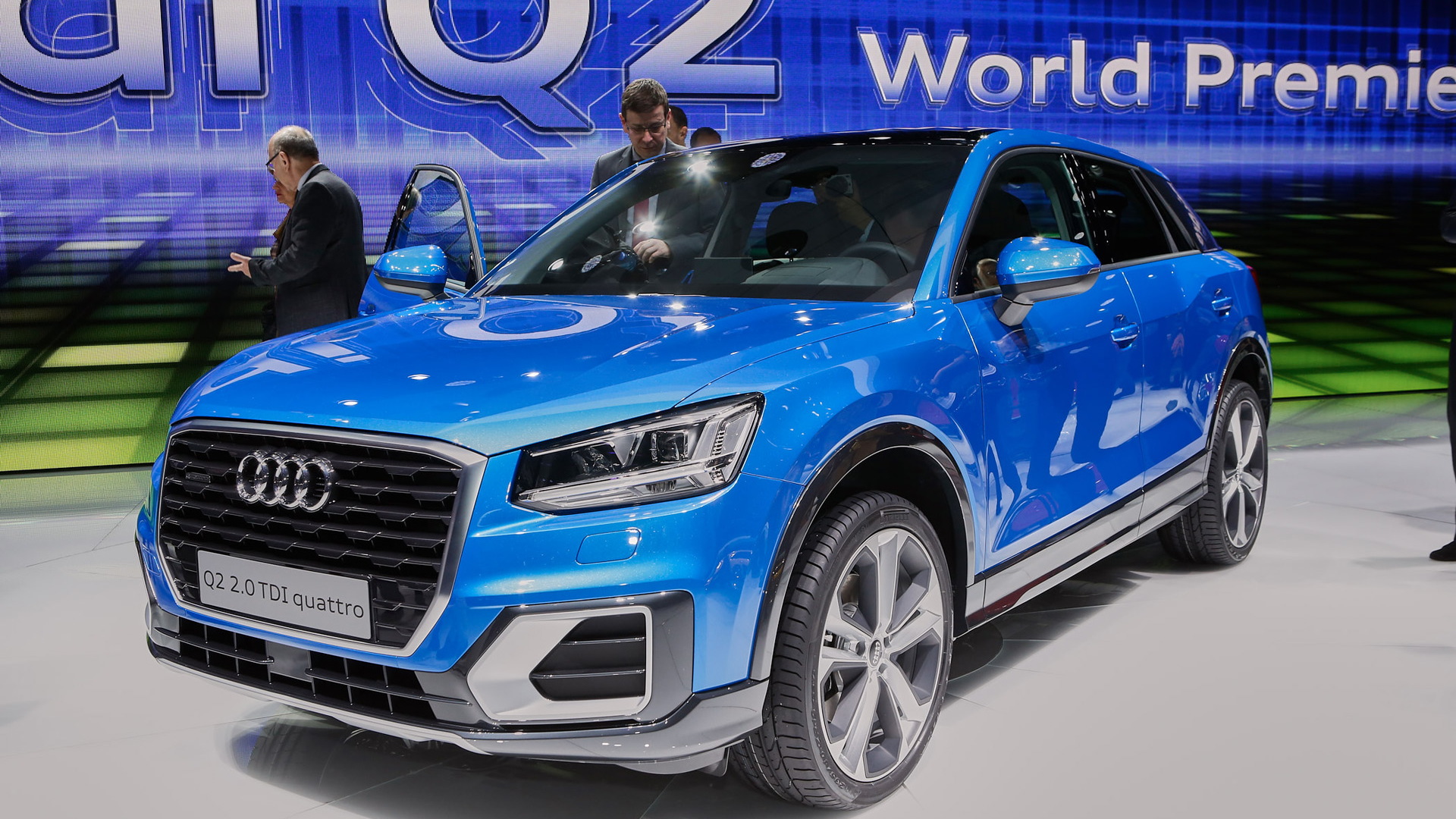 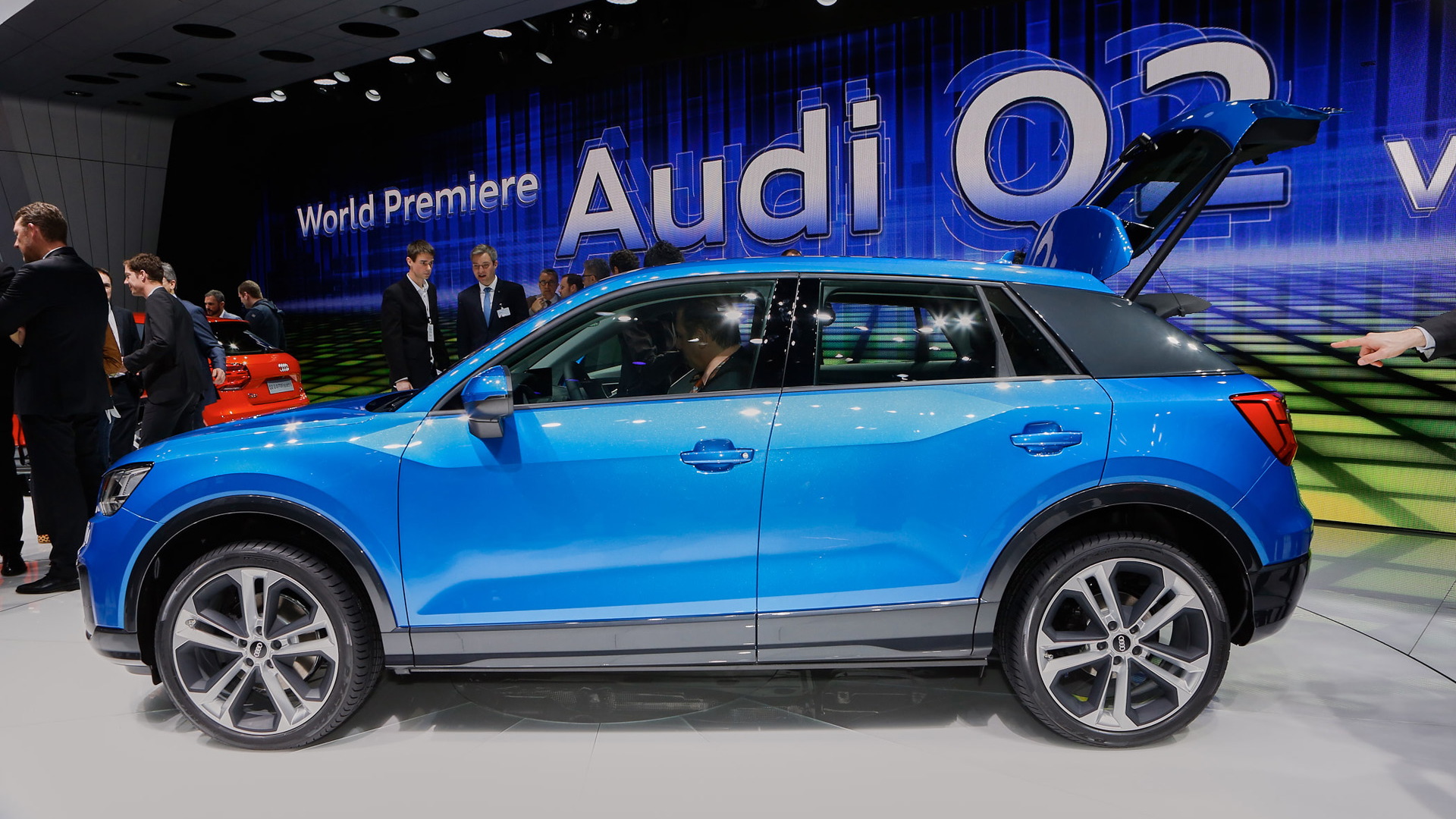 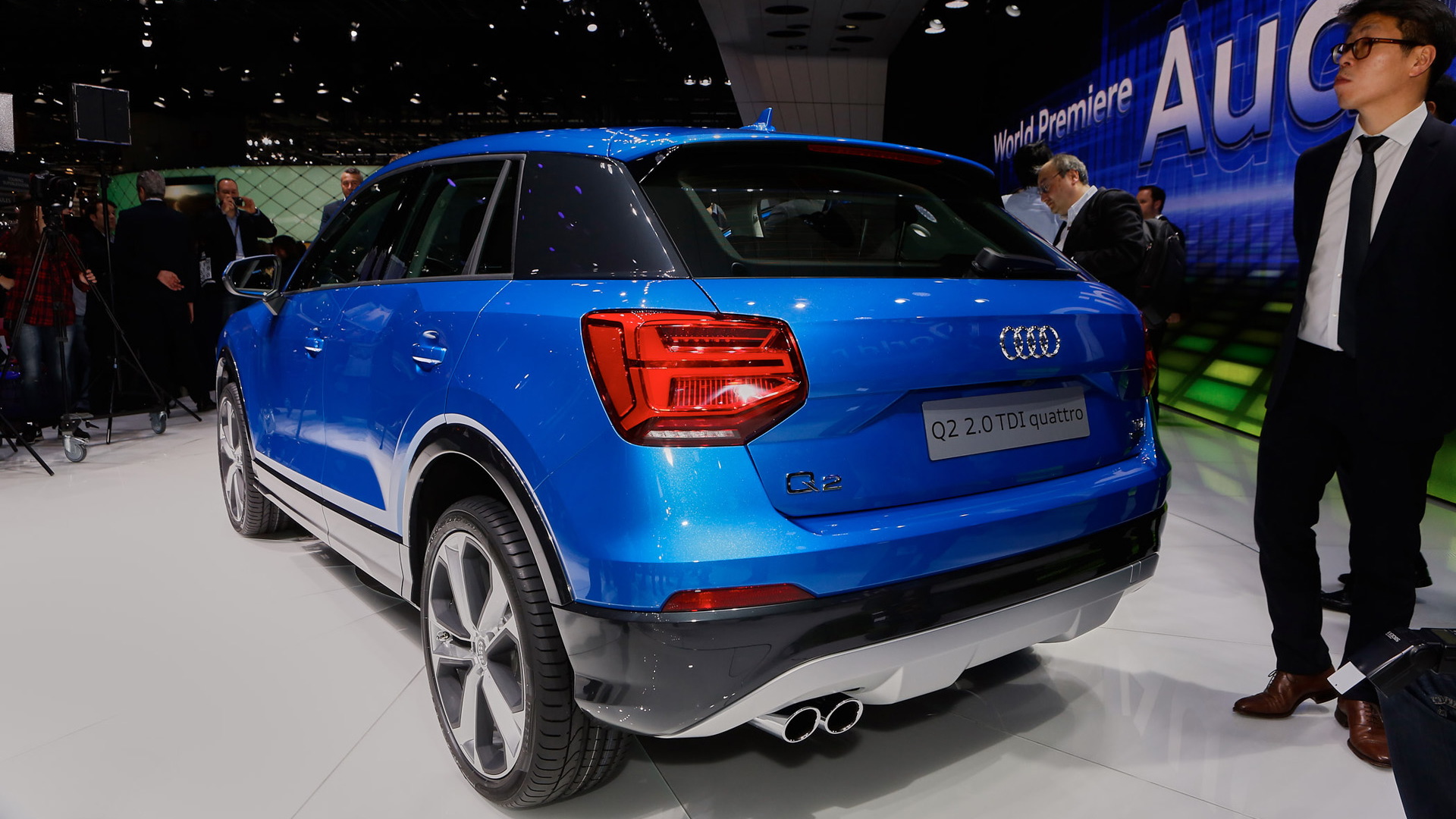 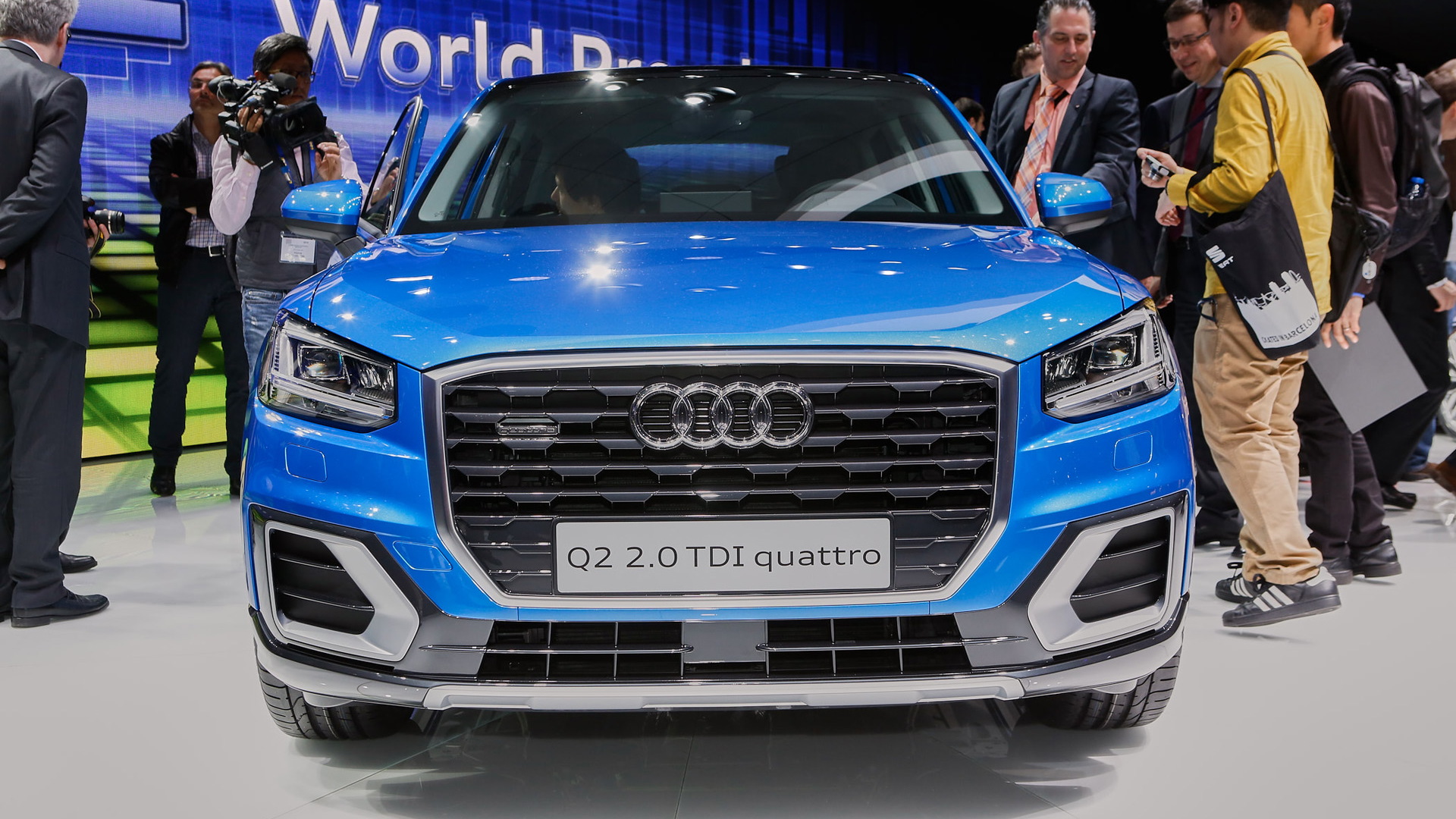 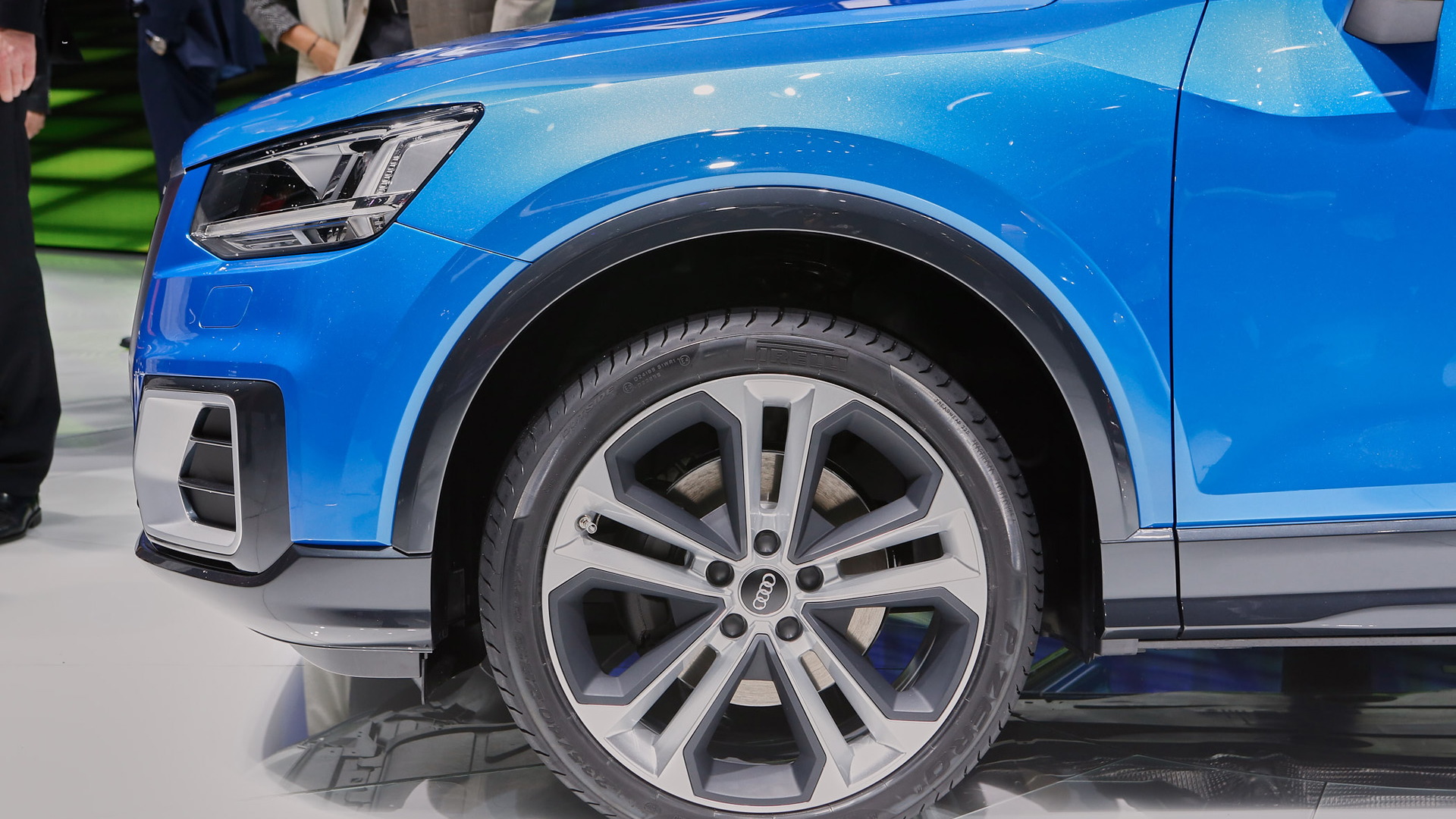 Audi unveiled a new smaller crossover at the 2016 Geneva Motor Show as it continues trying to fill every conceivable niche in the segment.

The 2016 Audi Q2 is slightly smaller than the current Q3, and just one of many crossovers the company is planning.

At this rate, Audi may run out of numbers.

Audi has been planning a subcompact crossover for some time, and for awhile planned to call it Q1.

That was because the rights to the Q2 name were previously owned by Fiat Chrysler Automobiles (FCA), which used Q2 for a front-axle differential in some Alfa Romeo models. Apparently Audi now has the rights.

The production Q2 is based on the Volkswagen Group's flexible MQB platform, which underpins the Golf and numerous other models.

Besides the tidy proportions, there's a tiny engine under the hood.

The standard engine is a turbocharged 1.0-liter three-cylinder, which produces 114 horsepower.

Several larger engines, including a 2.0-liter turbocharged gasoline unit, will be available as well.

And despite the ongoing Volkswagen diesel scandal, the Q2 will be offered in Europe with diesel engine options.

There is still no indication the VW Group will attempt to certify new diesel models for sale in the U.S.

In addition to being smaller than any current Audi crossover, the Q2 is styled somewhat differently.

It sports a new version of Audi's trademark grille, harder surface edges, and a blacked-out rear pillar, among other features.

This is part of Audi design boss Marc Lichte's plan to make Audi models more distinct from each other, in response to criticism that the carmaker's products looked too similar.

That won't be an easy task, given the size of Audi's future crossover lineup.

In addition to the new Q2, Audi plans to launch a new version of the Q5, a larger vehicle called the Q8, and an all-electric model based on the e-tron quattro concept from the 2015 Frankfurt Motor Show.

While many of those vehicles will likely be sold in the U.S., the Q2 probably won't.

Instead, we will get a slightly larger Volkswagen-branded crossover based on the multiple T-Roc concepts, and also using the MQB platform.