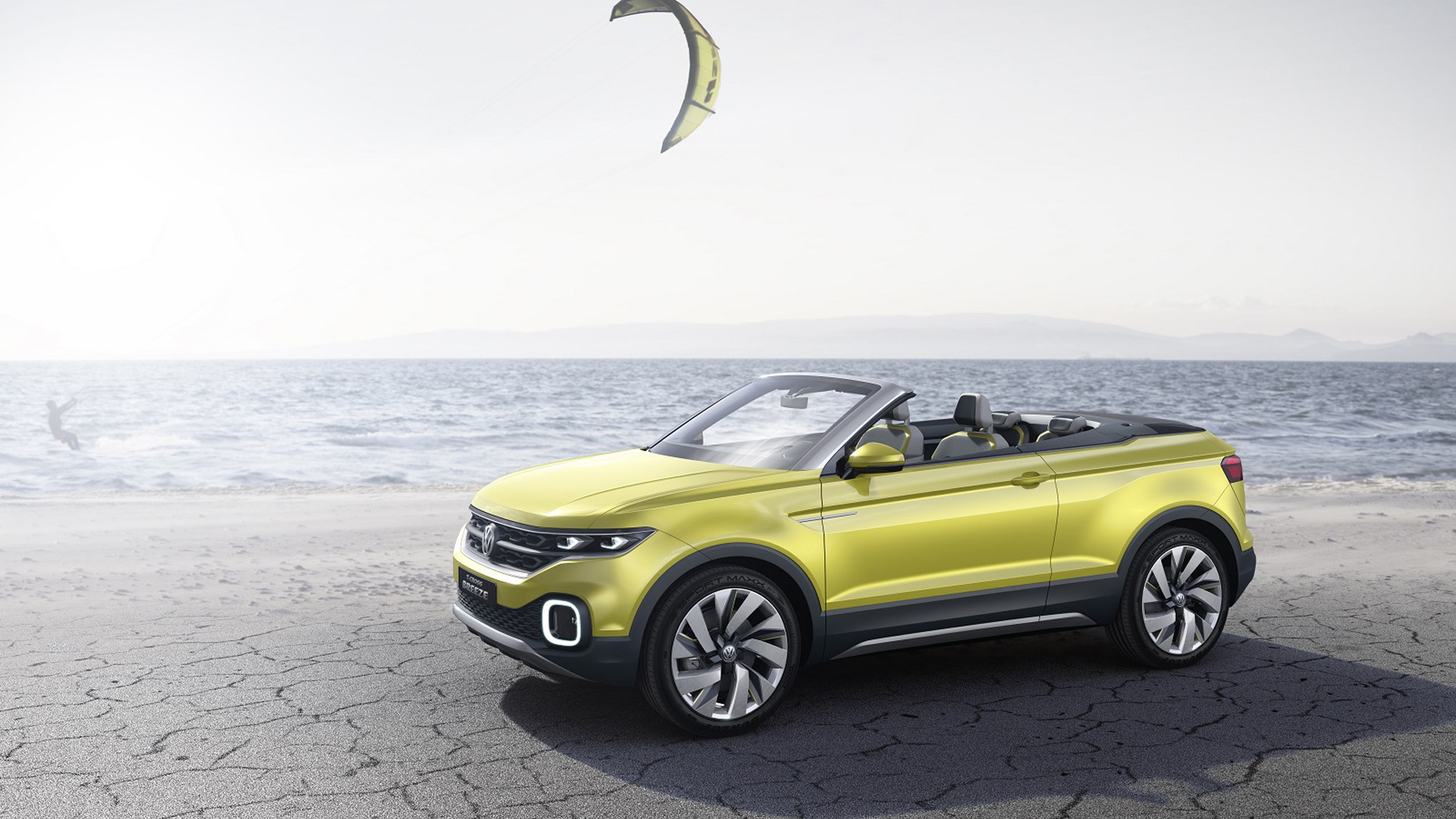 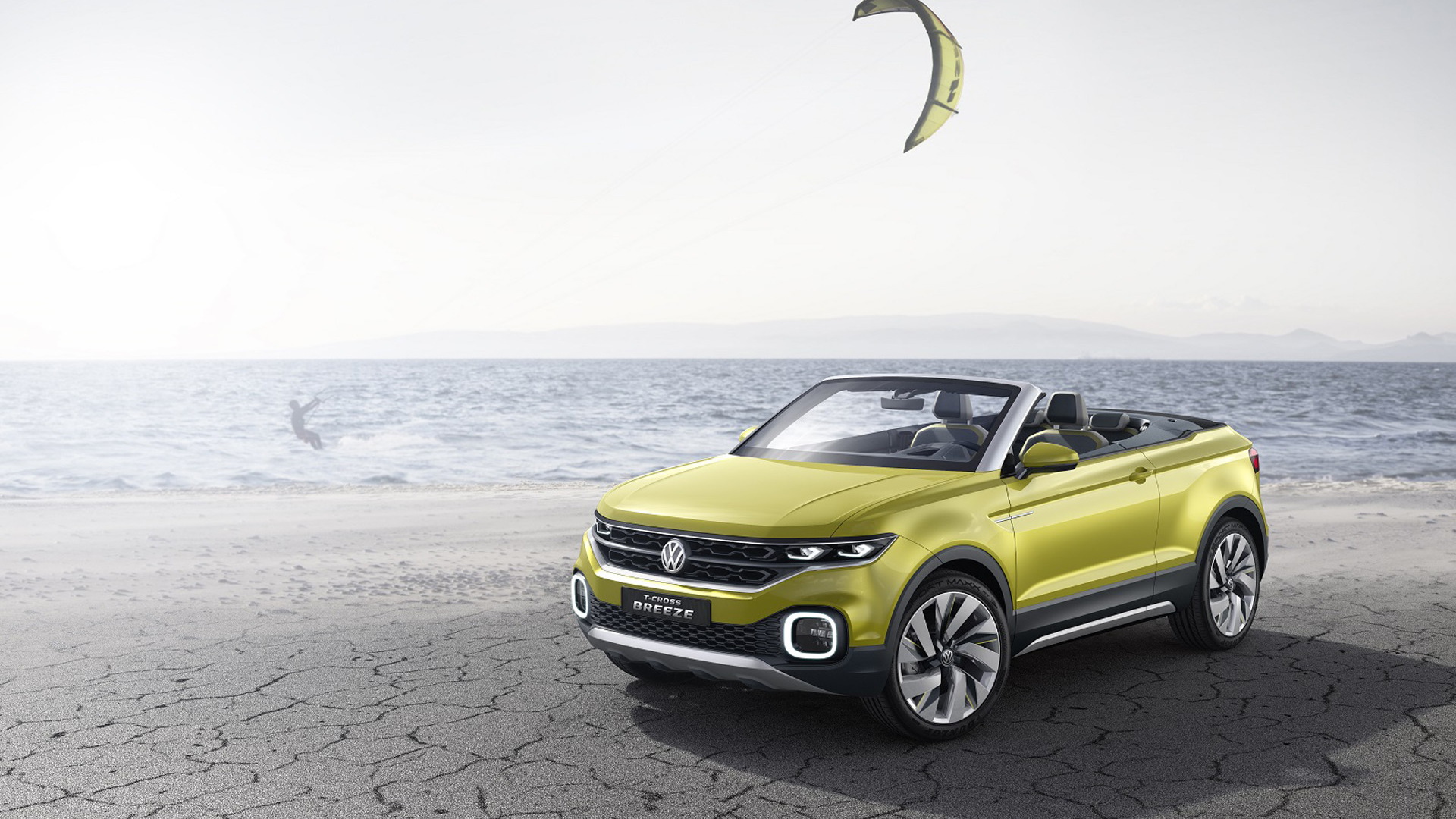 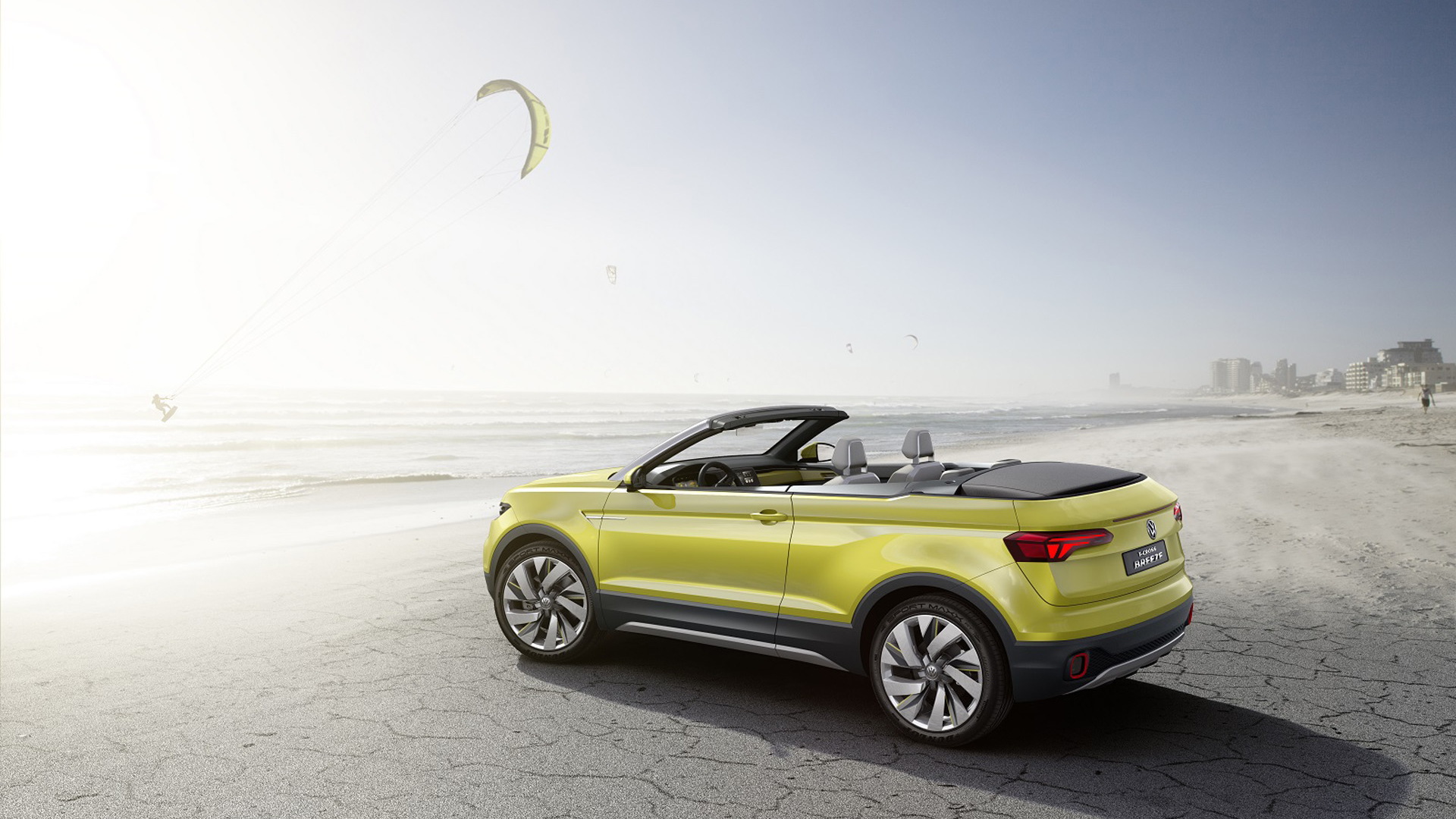 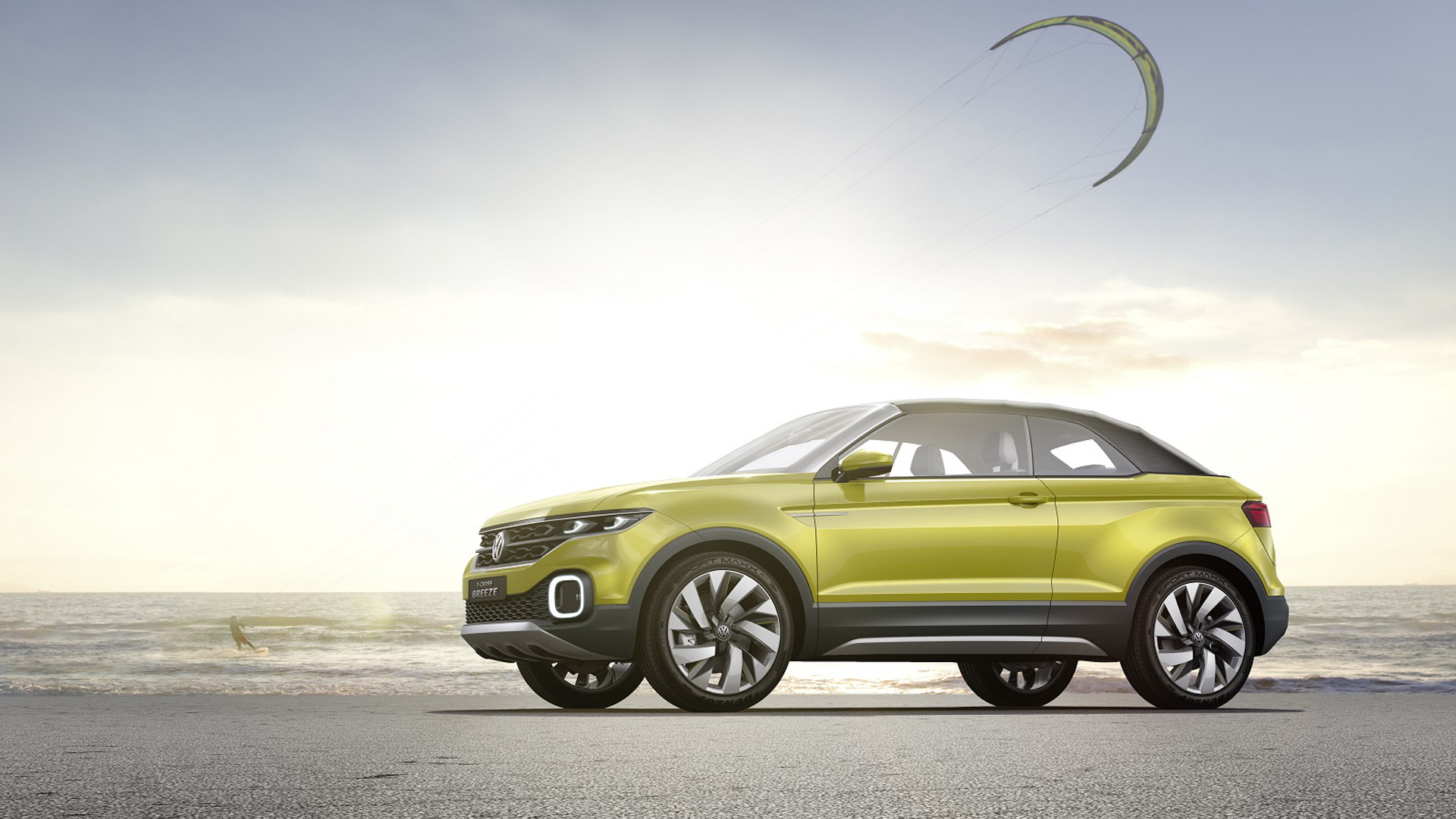 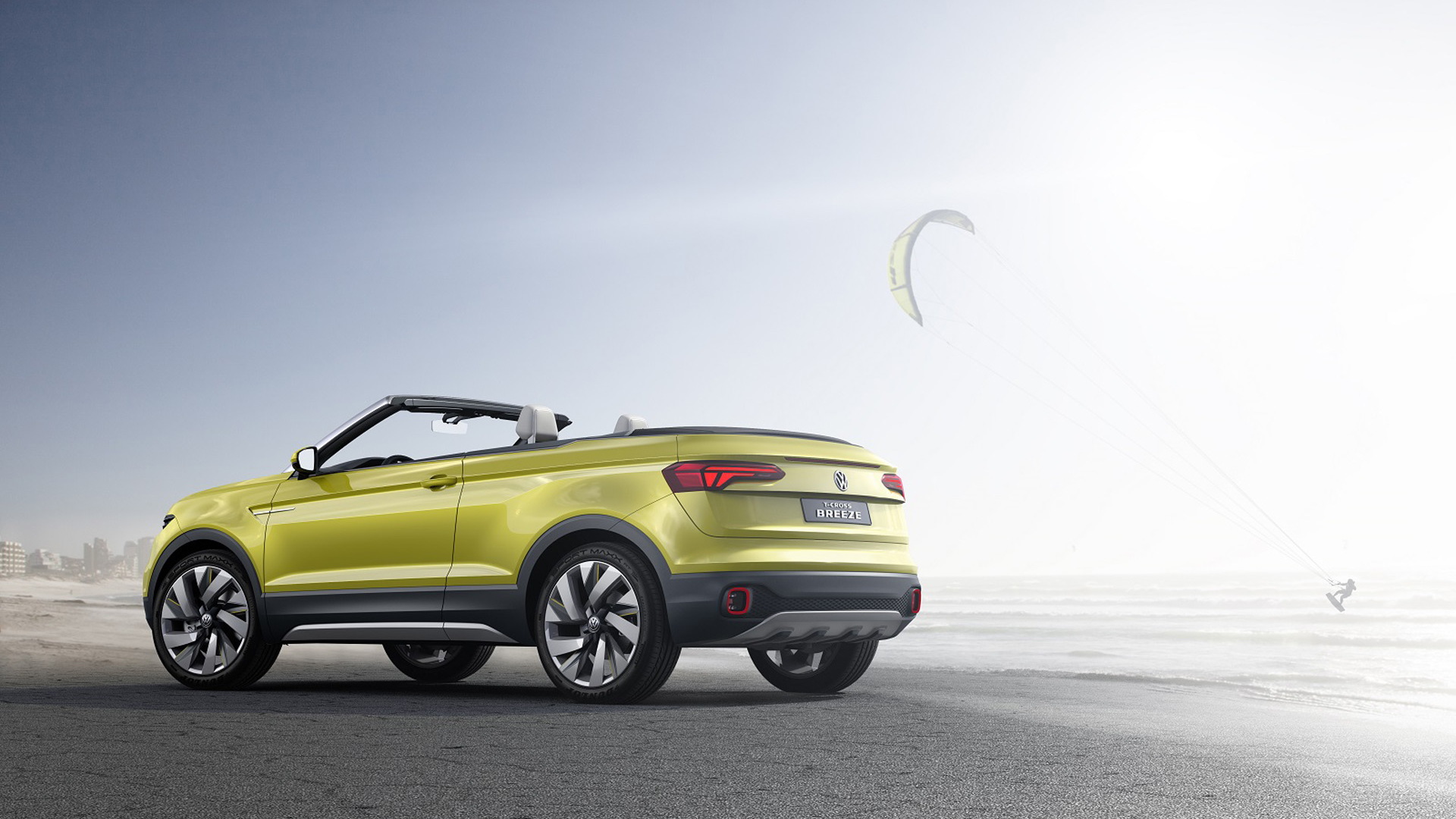 Right now, Volkswagen has two crossover SUVs in production: the new second-generation Tiguan that will come to North America next year, and the larger, pricier Touareg premium utility vehicle

A concept introduced this morning at the Geneva Motor Show, however, points the way to a new and smaller SUV from VW--and the company says it'll be one of three additional new SUV models to come by 2020.

“Our T-Cross Breeze is the first open-top SUV in its class," said Herbert Diess, chairman of the Board of Management for the Volkswagen Brand, "and, at the same time, an affordable, cheeky cabriolet with a raised seating position that gives you a perfect view.”

Any production T-Cross would likely debut in a more conventional five-door SUV form.

Still, the convertible concept underscores Volkswagen's desire to play up the personality and enjoyment of its vehicles in an age of electrification and self-driving capabilities in models to come.

The car itself is a few inches shorter than the Buick Encore small crossover (sold in Europe as the Opel Mokka). Think of it, if you like, as a much smaller version of the Range Rover Evoque Convertible.

That open-top SUV is one of only two soft-top utility vehicles sold in the last 10 years, the other being the now-withdrawn Nissan Murano CrossCabriolet.

Unlike many recent VW concepts, including the Budd_e electric Microbus concept shown at last months' Consumer Electronics Show in Las Vegas, the T-Cross Breeze Concept doesn't use an electrified drivetrain.

Instead, it is powered by a 109-horsepower turbocharged 1.0-liter four-cylinder engine paired with a 7-speed DSG dual-clutch automatic transmission. A start-stop system is standard.

Volkswagen says the powertrain delivers 47 mpg on the European test cycle; that might translate to something between 35 and 40 mpg in the more rigorous adjusted EPA ratings.

Despite its short length, the T-Cross Concept is wider than most vehicles in its segment and has a higher seating position. it's built on the MQB architecture that VW ultimately expects to use underneath up to 4 million vehicles a year.

The little concept car has some big ideas for future interiors, with most of the dashboard and controls you'd expect in an SUV replaced by touch-sensitive surfaces and Volkswagen's latest driver-input mechanism, gesture control.

When a production version of the Volkswagen T-Cross hits the showrooms in 2018 or 2019, however, you can expect a somewhat more conventional interior.

Volkswagen provided airfare, lodging, and meals so that High Gear Media could bring you this first-person report from the Geneva Motor Show.