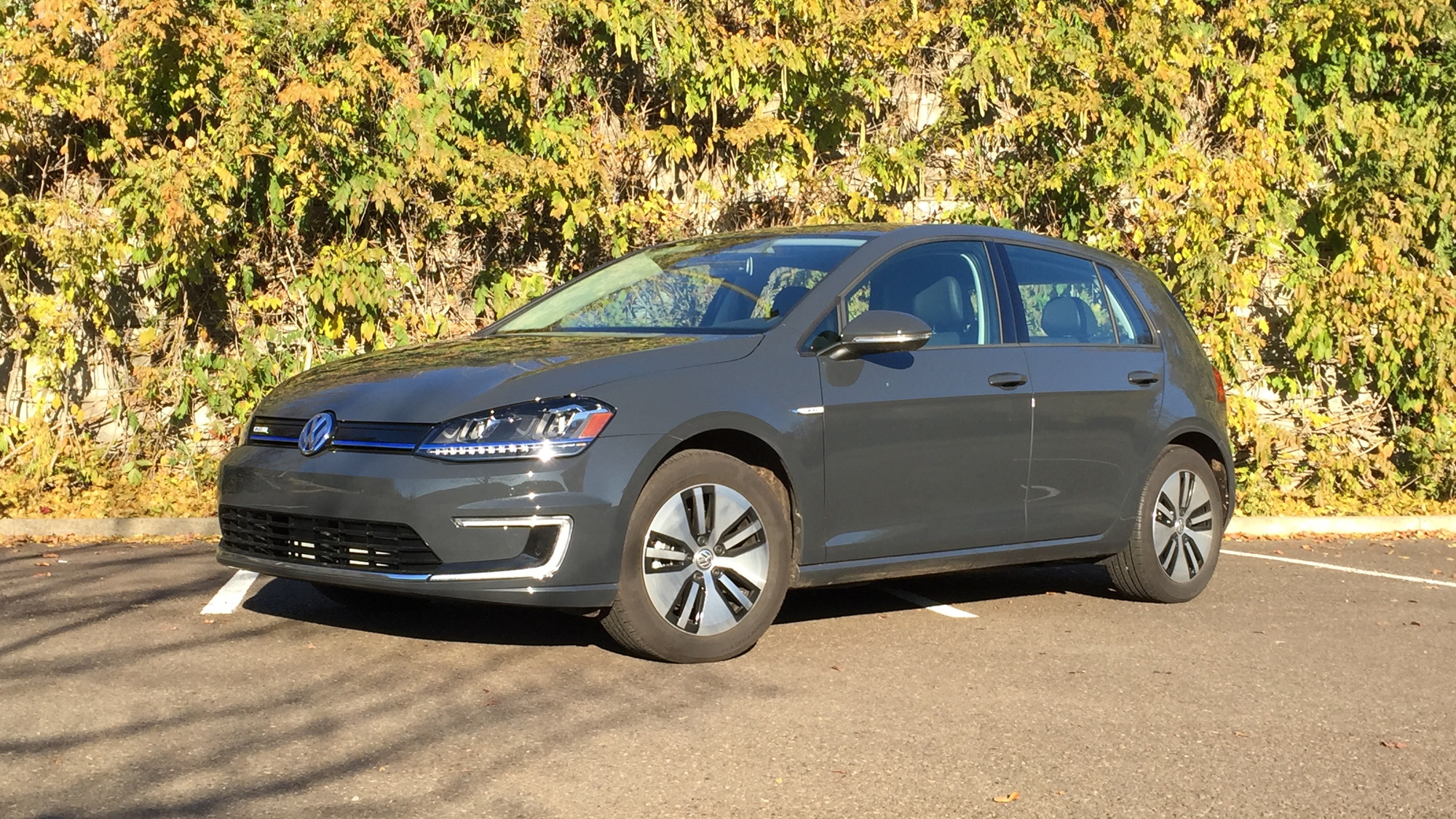 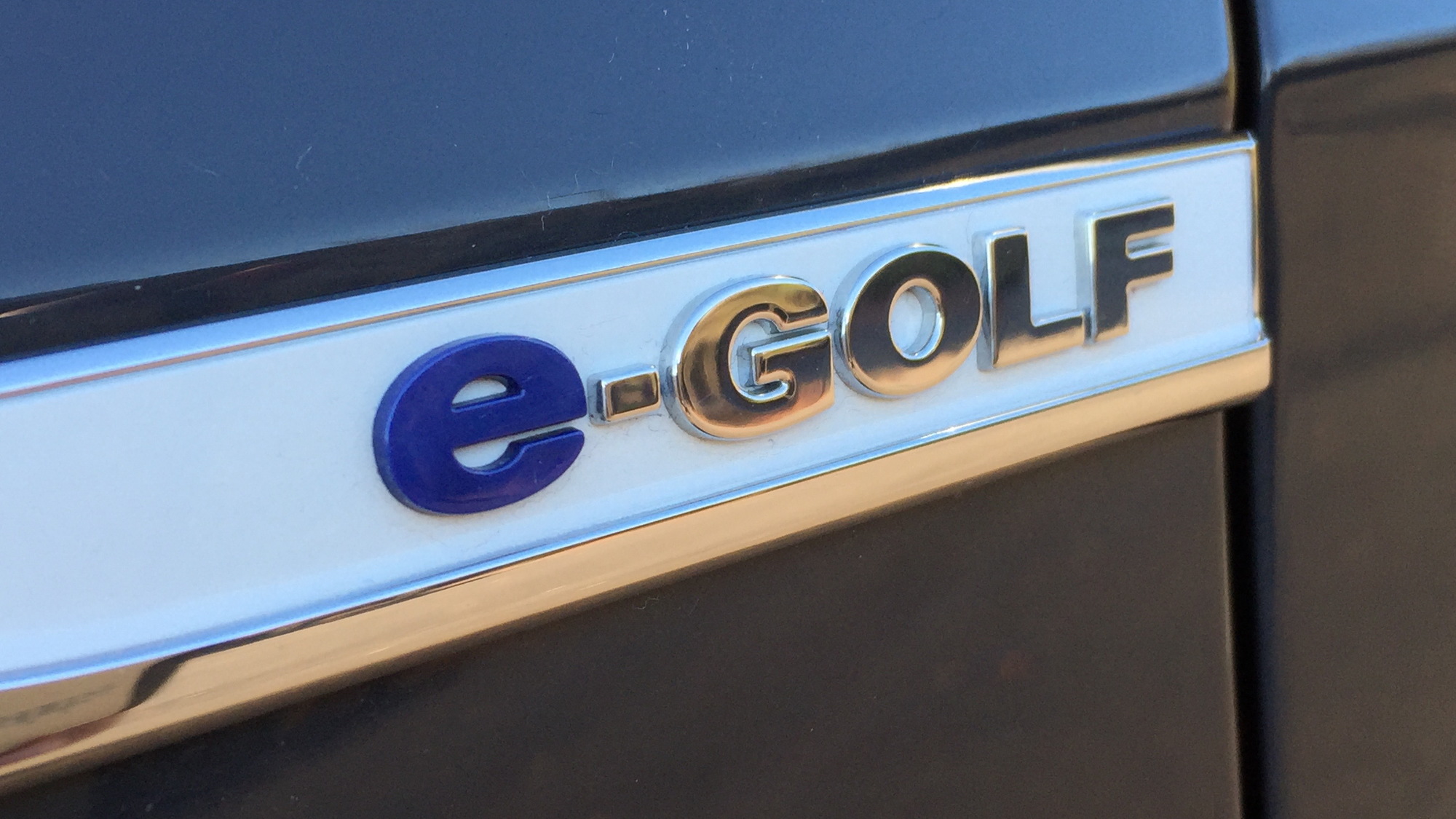 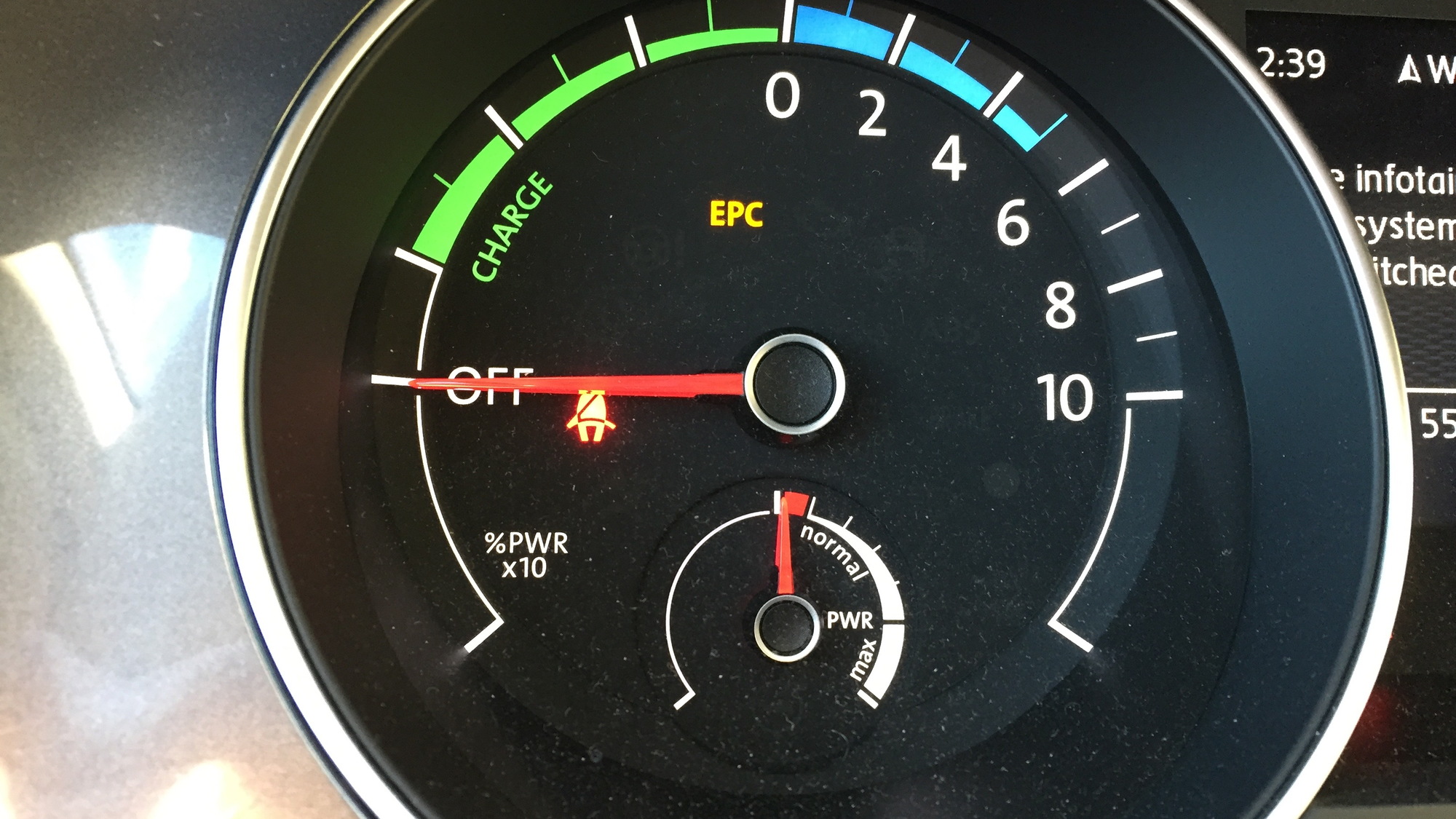 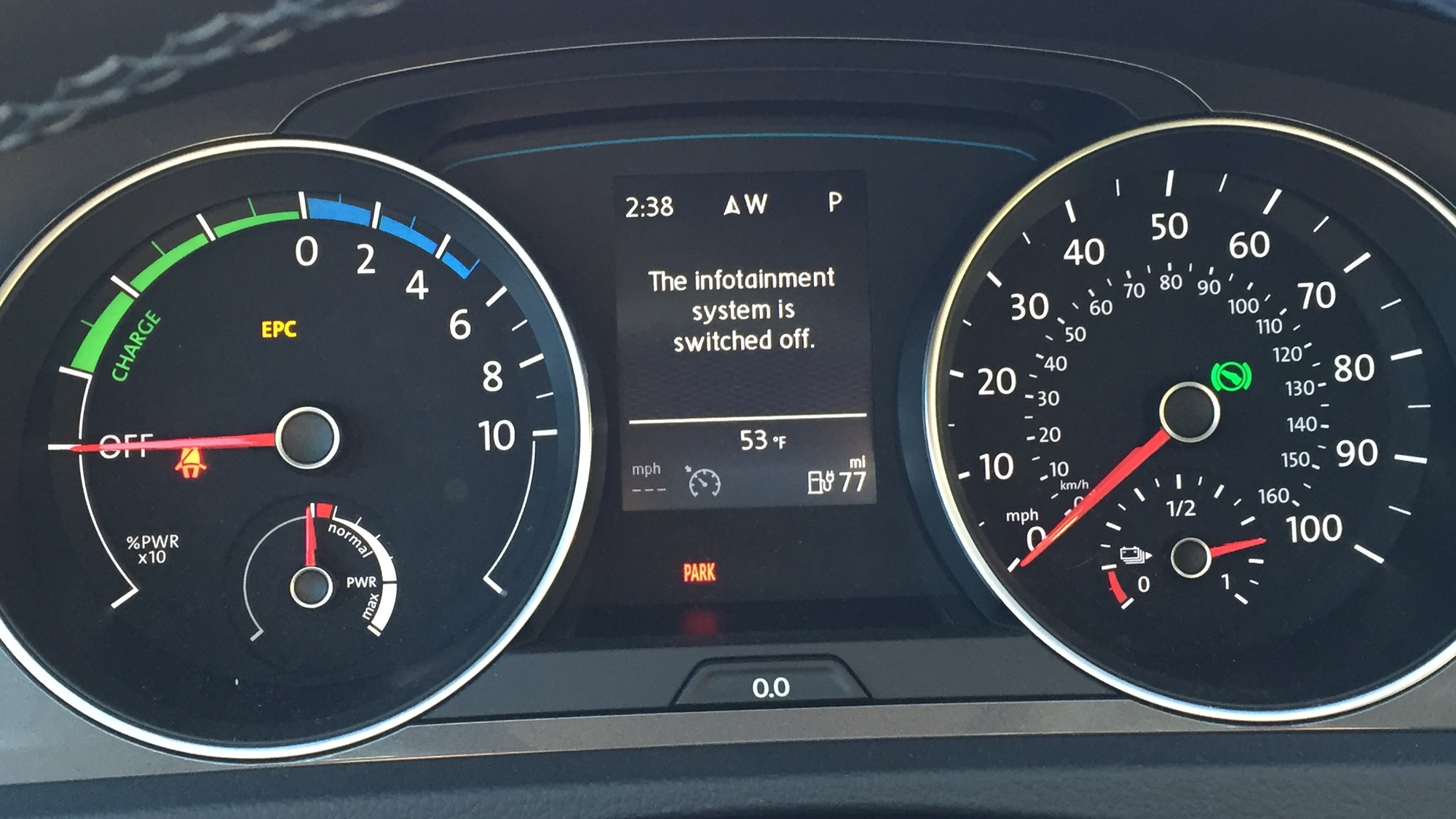 If you drive a Tesla Model S or a Nissan Leaf, then a certain image follows: Plain and simple, you’re an electric-vehicle early adopter. Just as the Toyota Prius has always shouted out that you’re in a environmentally sound, very fuel-efficient hybrid, these models push your decision to go all-electric out front and center.

But for the 2015 Volkswagen e-Golf that’s been our long-term test car, it’s a bit different. The e-Golf is a stealth EV; it blends right in with other Golf models—which, we’ve found, is a mixed bag.

On the outside, if you’re not attuned to the lack of a tailpipe in the e-Golf, there’s not a lot to distinguish it from the gasoline versions of the Golf—or the Golf TDI, which we've driven with the e-Golf, back to back. Other than badging, the easiest way to pick it out from the rest of the lineup, other than the rather understated badging, is the thin blue stripe in front, across the lower portion of the headlights and what remains of the grille. There’s also a different, smaller/reshaped lower air intake in front, and what might be the boldest identifier from a distance: a unique wheel style.

It's not all that much different than what those who buy or lease models like the Ford Focus Electric, Fiat 500e, and Kia Soul EV face.

There are plenty of details to differentiate the e-Golf, but they're mostly ones that only the most dedicated VW fans or EV enthusiasts are ever going to spot.

Even as we’ve driven the 2015 Volkswagen e-Golf around the electric-car hotbed of Portland, Oregon—and in the particularly electric-vehicle-concentrated portion of the city where I live—it seems that to plenty of people, even those who are already acquainted with Leaf and Model S, perhaps, it’s just another Golf.

Wherever we stop to for public charging, the e-Golf is quite the conversation-starter. Lots of that interest comes from drivers of Nissan Leafs—some of them unaware this car exists (the e-Golf has been sale on the West Coast for over a year)—and others asking how the range compares to the Leaf.

We’ll bring you another roundup on range and charging soon, by the way, but the short answer at this point is that the Golf consistently delivers 80 miles out of a charge, almost regardless of driving conditions, with careful use of climate control, or 90+ miles with it off. That’s a bit more than what we’ve seen in a 24-kWh Leaf.

VW has said that its goal with the e-Golf was to produce a car that’s “a Golf first, and zero-emission second.” Based on our continued driving time with the e-Golf, it seems they’ve accomplished that.

Some may truly appreciate how the e-Golf discreetly packages in a lithium-ion battery pack and electric drive system without looking any different, and while still including all the great attributes of the current Golf lineup—like nimble handling and the sophisticated ride of a luxury car, plus seats that fold fully flat and excellent versatility for cargo and passengers.

As we see more e-Golfs—or more VWs with the automaker’s GTE plug-in hybrid technology—we’ll likely become attuned to those cues that distinguish its electrified models. Yet none of Volkswagen’s vehicles with GTE plug-in hybrid technology, as far as we’re aware, will aim to look any more different than their internal-combustion-engine counterparts.

Getting the word out—that’s the positive

Back to the e-Golf’s stealth, I’ve had a cafe barista glower at me as I finessed my way into an “EVs Only” spot to charge, only to apologize once I’d started charging and was inside the cafe; it was the first e-Golf he’d seen, and he had no idea the Golf could also be an electric car. And I had a Prius driver asked how the Golf was as a hybrid; she thought I was pranking her that it was an all-electric car until I pointed out the lack of a tailpipe and the charge port.

That charge port, by the way, is right where the fuel filler would be, behind a filler door looking no different than that of the gasoline version when it’s shut [we’ve already found that to be a negative for nose-in EV parking spots, but more about that soon in a separate post about charging].

Over the past few weeks, the e-Golf has also elicited a couple of conversations among friends—and at least one with a passerby—about Volkswagen and its ongoing diesel scandal. Of course, this emissions-related scandal has nothing directly to do with an all-electric model, sans tailpipe, but people see the big VW logos on this model, front and rear, and it’s where their mind goes.

Right now, as we motor around quietly, the e-Golf seems like it could be of the better means for cleaning up VW’s image in the U.S.—if only it were just a little less stealthy in its mission, perhaps.