If you've always wanted to see two large car companies having a good, old-fashioned hair-pulling, nails-out, purse-swinging fight, then you're in luck.

Following comments from Fiat at the Los Angeles auto show, hinting that the Nissan Leaf was a form of "visual pollution", Nissan has hit back, criticizing Fiat's own electric car, the 500e.

"Let's be honest, ugliness is probably one of the worst forms of pollution," said Matt Davis, head of Fiat product marketing, to Bloomberg News in L.A. "The Fiat 500e proves that you do not have to give up on good looks to deliver an electric car."

Automotive News reports that Nissan has taken a swipe at Fiat in return.

"Let's face it, Fiat has not shied away from controversial styling themselves," responded Simon Sproule, Nissan head of global marketing communications.

"Many would describe many of their products as visual pollution. Take a long, hard look at the Fiat Doblo."

[The Doblo is a cargo van-turned passenger vehicle--Fiat's equivalent of the Ford Transit Connect--sold in Europe. Its looks haven't been universally popular...] 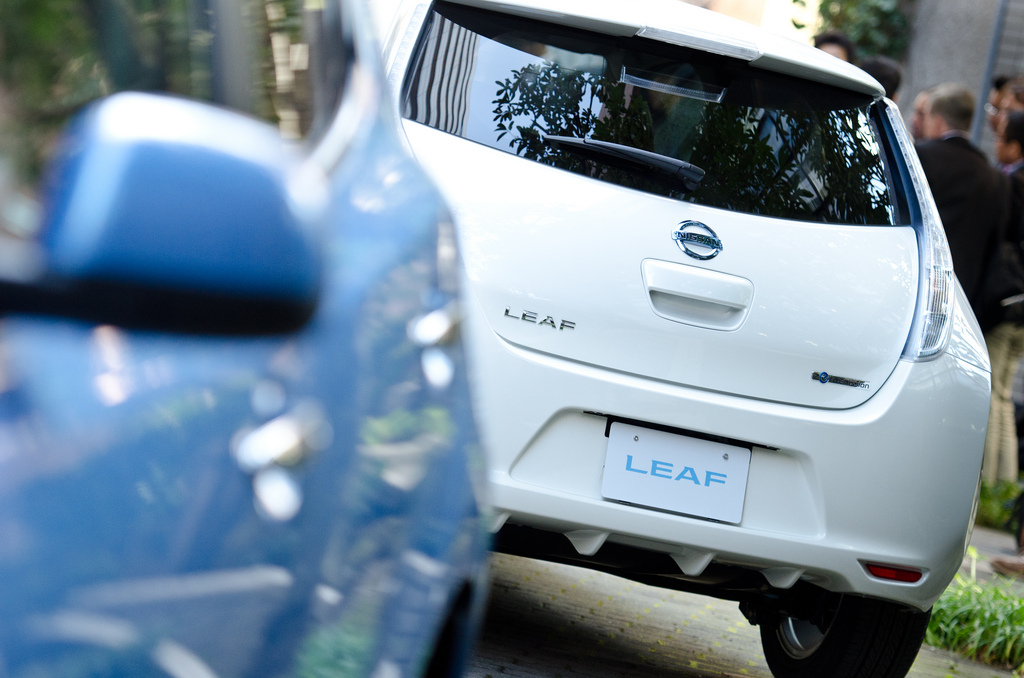 He went on, "They chose the smallest vehicle in their range with the least amount of passenger functionality... I don't think they have the credibility or the hardware to stand behind these kind of statements."

Fiat has declined to comment on Nissan's rebuttal. Even Fiat itself hasn't been universally supportive of its product, with company chief Sergio Marchionne admitting it doesn't really want to produce the car--the company stands to lose $10,000 on every one it sells.

The Leaf, in contrast, is a project which Nissan fully stands behind. That includes its love-or-hate-it styling.

"You've got enough uniqueness and visual clues to tell its something different," explained Sproule, "but it's still very recognizable as a five-seat hatchback, fully functioning, absolutely competitive with the packaging of the Golf or any other mainstream vehicle."

Still, we'd prefer to let our readers decide: Whose vehicle has suffered the heaviest beating with the ugly stick? Or are both absolute paragons of beauty? Let us know in the comments section below.