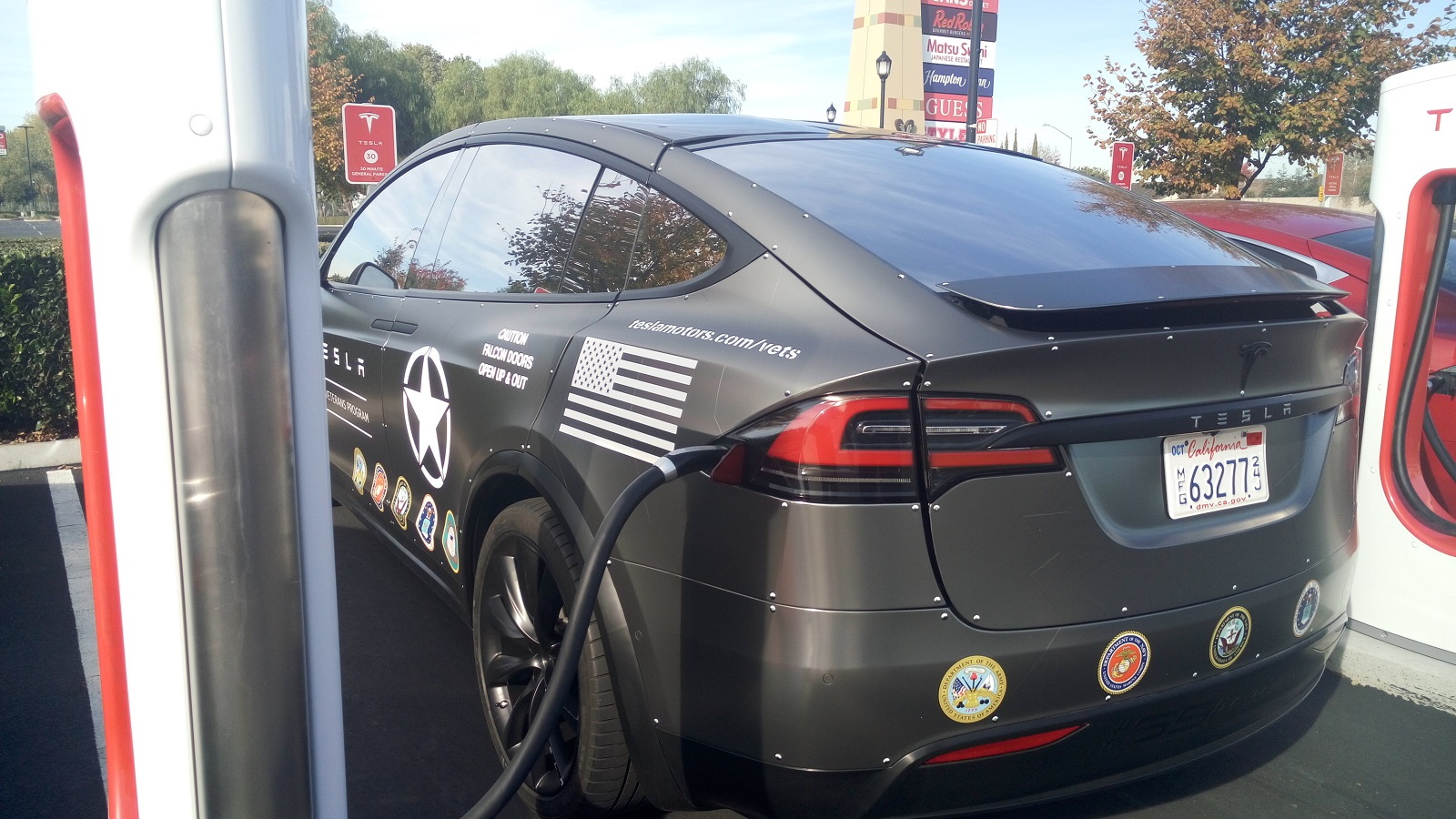 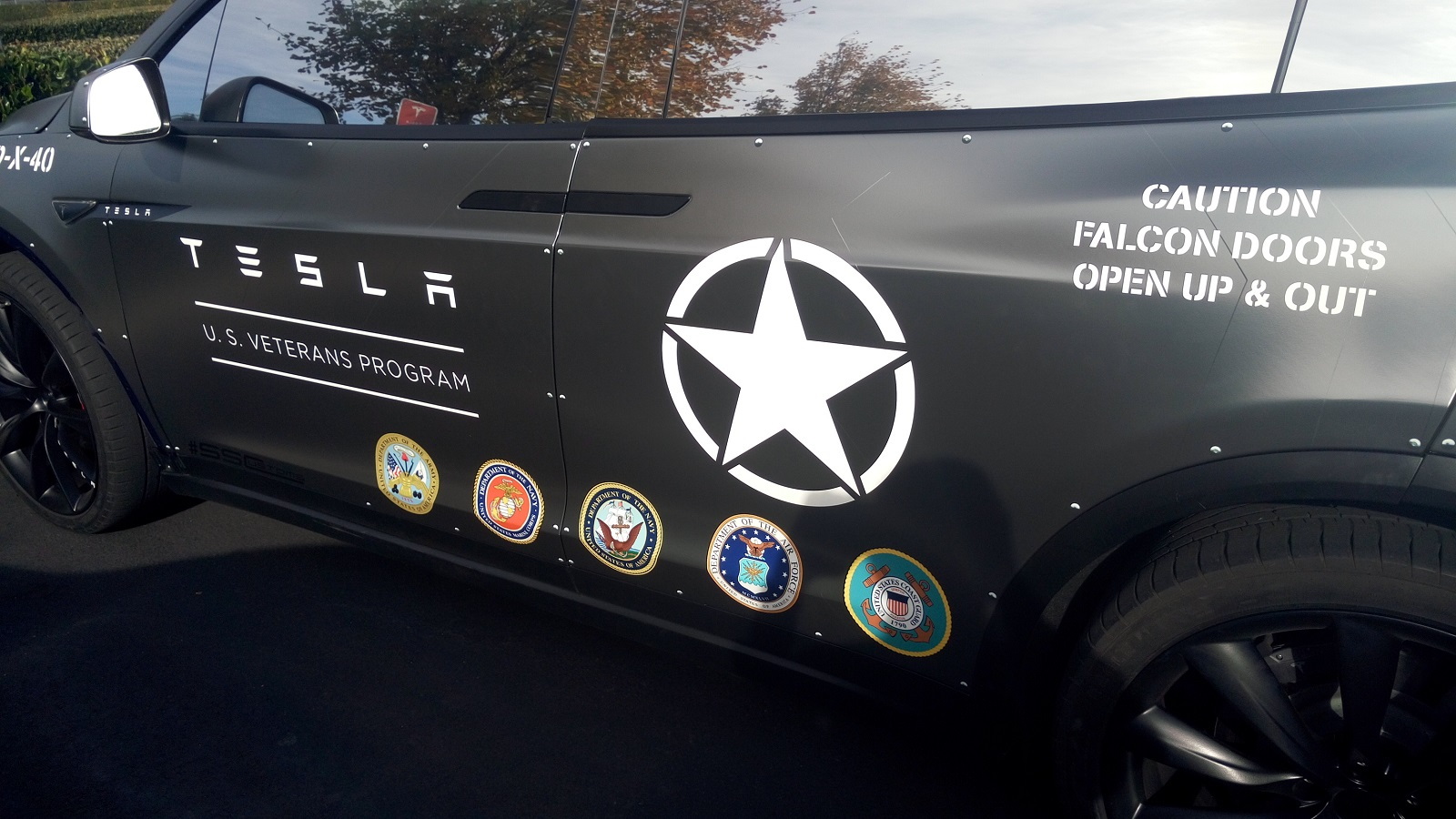 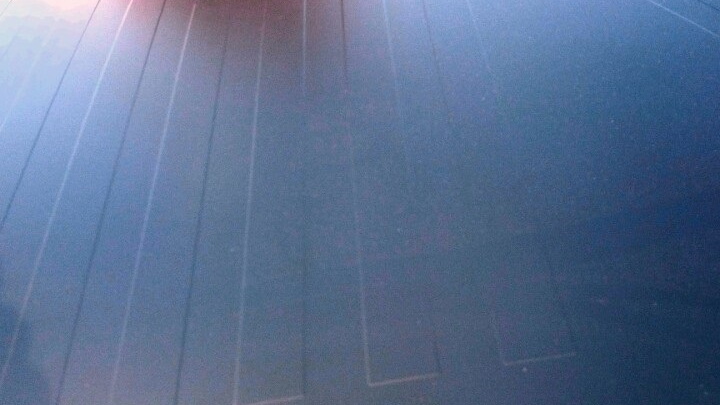 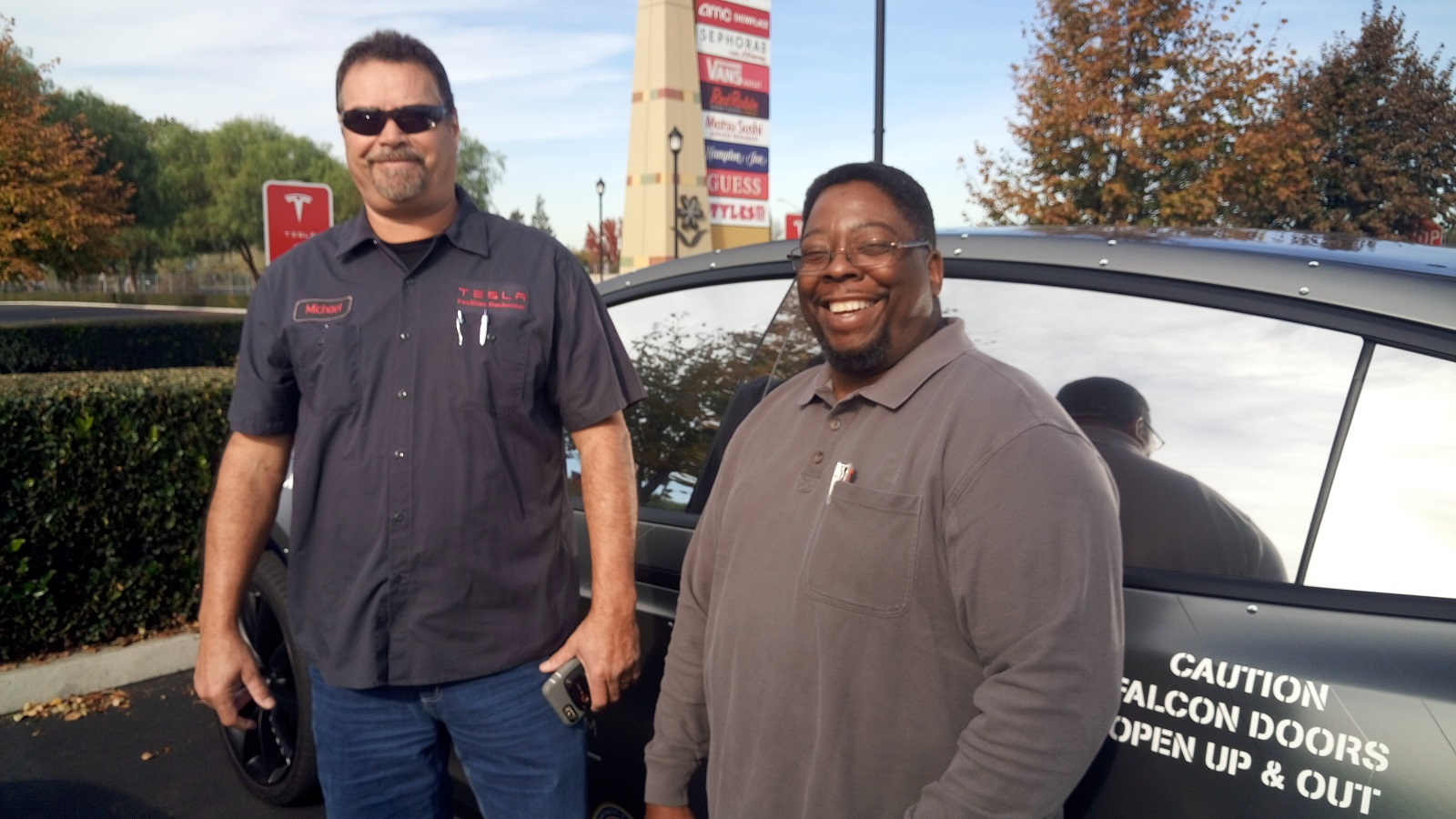 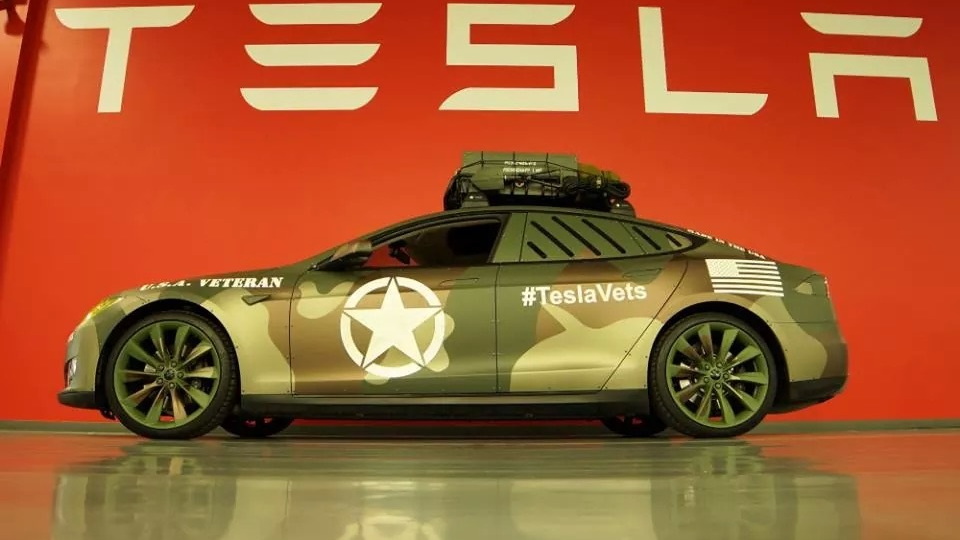 Seeing a Tesla Model X electric SUV on the roads at all is still a rare occurrence; seeing one in flat black is even rarer.

That's because there's only one that looks like the Model X in these photos, snapped at a Supercharger site 10 days ago by our Tesla-owning author George Parrott.

After chatting with the two gents in the photo, he learned more about the unusual Model X--and its role in promoting the company's outreach to military veterans.

While Tesla Motors doesn't widely publicize these efforts, it now has two different electric cars whose role is to appear at various public events to draw attention to its interest in recruiting veterans as employees.

The newest is this Model X, decked out in full military trim, right down to the fake rivets and an American flag embossed into the hood.

Parrott spoke with the two proud, smiling Tesla employees whose job is to move the car among events in California and elsewhere.

Both are veterans who work in the company's assembly plant in Fremont, California.

Both had previously worked at the New United Motor Manufacturing Inc. (NUMMI) joint venture between General Motors and Toyota, which closed in 2010 following the GM bankruptcy and government-backed restructuring.

Toyota sold that plant to Tesla Motors the same year, providing the startup with a state-of-the-art manufacturing facility less than 20 miles from its Palo Alto headquarters at minimal cost.

Tesla's Alexis Georgeson elaborated on the company's veteran-recruitment efforts in reply to an e-mail from Green Car Reports.

We are hiring veterans as part of our efforts to hire the best and most exceptional talent in the world. Veterans are a wonderful fit at Tesla because of the advanced technical, electrical and mechanical skills they learn while in the service.

They also bring integrity, discipline, teamwork and leadership skills that fit well in the Tesla environment, where we challenge employees to think creatively and to work hard toward our mission to transform transportation. Our military recruiting efforts are building momentum with veteran numbers averaging 6 percent of our U.S. employee population.

We commend the company's outreach and aggressive hiring of U.S. military veterans--something we can all be thankful for.

To all our U.S. readers: Happy Thanksgiving!